You might not think those three things go together well, but they made for a great day yesterday!!  Patty Chance and I took off early to check out the Outlets, heading directly for the "Kitchen" store.  It's funny how I never think I need anything until I get inside and walk around a little!!  With a mini stir fry pan, a pan for biscuits and some miscellaneous magnets, we decided it was better to leave while we still had some cash in our pockets.

There are some "different" enterprises here ... we made a quick stop at the Nature Store, where we found loads of rocks, animal skulls and hot wheels(?).  Seems he buys collections of anything!!  From there we stopped in at Lyles Garden Center for some gravel, only to find lion head bunnies. 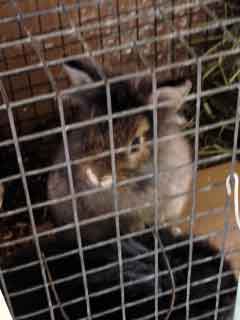 Probably not the type of creatures you would expect in a garden center, but they had rats ... this one is HUGE, about 8 inches around and sleeping in his hamster wheel ... ringneck parakeets, cockatiels and some really weird leaf-looking critters.  I didn't purchase anything here ... that's a good thing, right???? 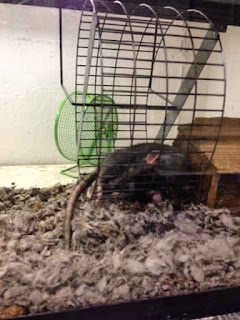 Star Furniture company was just around the corner from Bank Of America where I went to get the rest of my notarized signatures for FREE!!  What a nice owner .... who specializes in "beachy" stuff for your home, like this crazy chair covered in seashell material!!  My house is a little too Cowboy for these, but they sure were "purdy"!! 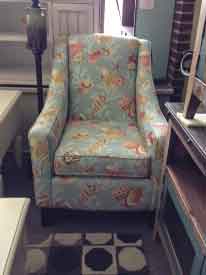 Back in the sale area, I found this great little wood bench/table for a price I couldn't refuse.  It's a perfect fit for my motorhome ... or my house for that matter!! 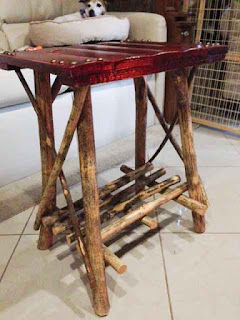 After lunch, we fed our new kite addiction by taking to the beach with Terry and Nick.  The wind was iffy ... in fact, I couldn't really tell which way it was coming from.  Dan got his snapshot up immediately and skimmed our heads as we tried to get ours aloft.  Nick took the time to show me all about my new Revolution Vented kite and gave me lots of great tips before setting his up. 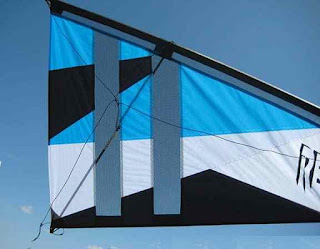 I didn't get very far however, since my vented kite is made for strong wind.  What little we had, died down considerably.  Although I could get it up in the sky, it immediately fell to the ground.  Instead of getting terribly frustrated, I just put it away.  There will always be another windy day!!  Terry flew her non-vented Revolution and did an amazing job, as did Nick, but the wind just wasn't there, so we called it a day.

There was just enough time to hit the Northwest Winds Kite Store before dinner, and lucky for me, I got a parking spot right at the door.  That's a feat in itself during summer vacation time!!  I talked to Ted the Manager for some time about the different kites, what wind they can fly in and why.  Who knew there was so much to learn about kites??  As a kid, I couldn't get ANY kite to fly, so this has become a real challenge for me!!

About that time, who should walk in the door but Nick and Terry!!  No surprise there!!!  We're all stuck like glue to THIS new adventure!!  We learned all about kite frames, wind and line extensions from an enthusiastic Ted before I walked out with a Super Ultralite Revolution.  I now own THREE and can fly in ANY wind conditions ... or maybe it's CRASH in any wind conditions!! 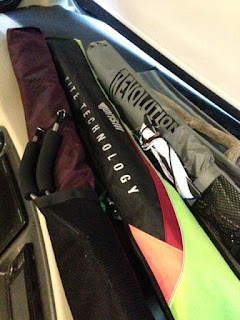 While at the counter, I also asked about any handheld wind meters ... and sure enough, right there was the WeatherFlow.  Just download the app to your I-Phone, plug it in and it will give you accurate wind directions and readings.  How cool is THAT???  Yup ... it came home with me!!  Before Terry and Nick left, he had traded his as yet unused Revolution for a much prettier red and black model. 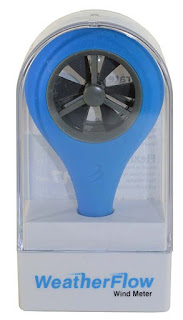 Back at the rig, I was just in time to stick my piece of corn on the BBQ as Dan finished up the steaks. Patty rounded out the meal with salad and a squash medley ... she's such a GREAT chef!!  It was just another amazing day on the Oregon Coast!!!