In more ways then ONE!!!  Toledo was the destination today, as their farmers market is always on Thursday.  It's a short drive from Newport and a neat little town to explore.  I should have picked up a couple of brews ... I could have used them later in the evening!! 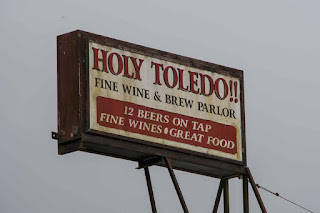 The drive along the bay is an interesting one at low tide with weird designs in the mud. 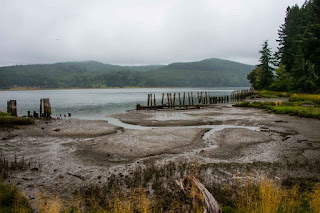 All the piers you see along the way are what's left of the old railroad that ran from Toledo to Newport, hauling lots of lumber from the mills and supplies to town.  I wouldn't have had a clue, but Dan Chance is a railroad buff extraordinaire and has all the scoop on these lines. 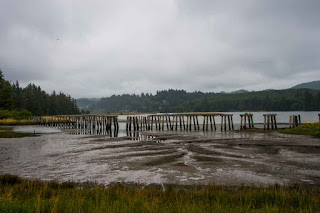 The Farmers Market isn't really anything to write home about, but it's always nice to buy a few things to help the locals survive!!  One lady was playing a guitar to raise money for her property taxes.  Maybe that was just a good line, but it worked!! 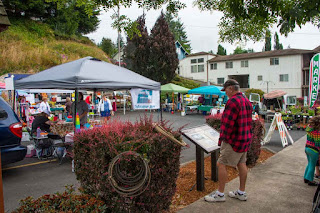 Patty picked up some vegetables and fruit ... the Oregon strawberries looked delicious!!  Unfortunately we didn't buy enough material two years ago because the quilt store is out of business!! 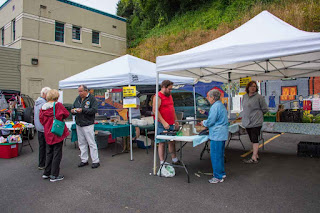 One thing you won't forget about Toledo are the flower baskets.  They take them down every year, refill and rehang them for the next summer.  You will be amazed at the variety of flowers!! 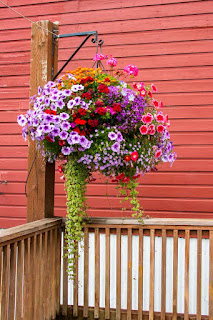 Just down the hill is the Toledo Train Museum made up of several cars.  They have one of the best train book libraries that Dan spent time perusing to see what books he didn't have.  Bob, one of the docents, takes care of all those beautiful flowers you see. 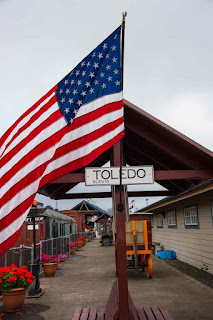 In spite of our misgivings, Miss Patty snagged pieces of the plants which she surreptitiously hid in her shirt until we hit the parking lot.  Bob just laughed when Patty said she would give them a good home. 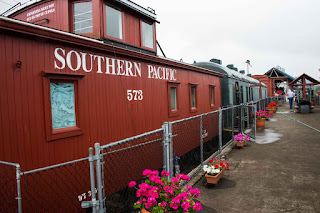 At the end of Main Street is the Kiska Sea.  She made an appearance on Deadliest Catch, but the owner didn't want to let a newby captain his boat, so the co-star went back to the Northwestern, ending the Kiska Sea's film career!! 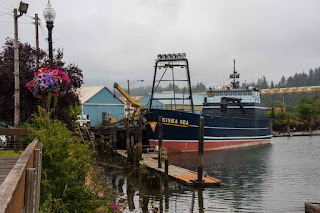 Looking for lunch on the way back, we saw Local Ocean Seafoods, which had good Yelp ratings, so we stopped in ... after ten minutes of scouting for a parking space.  We all ordered the crab chowder with garlic and parmesan cheese.  Yummy and FULL of crab!! 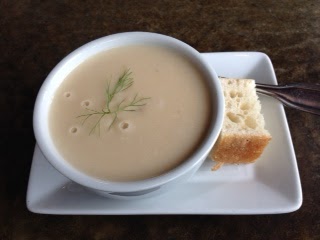 Next up was a Po'Boy and fries for me ... Dan had the same and Patty tried the tacos.  The food was pretty good, but the prices sky high.  For what we paid, there should have been a WHOLE crab on this mini sandwich!!  I'm guessing we won't be back ... for lunch anyway. 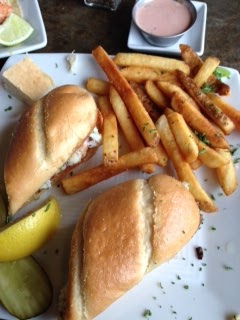 While Patty and Dan headed off to watch the movie Max, I went out to find the Yaquina Bay Lighthouse.  This is one of the more unusual ones I've seen, in that the light is on top of the house they lived in. 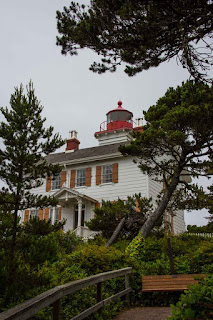 Here it was before the Historical Society took it over.  With only four years of service, it was closed by the government for lack of money.  Almost lost to the wrecking ball, the society was created and the building restored to the beauty it is above. 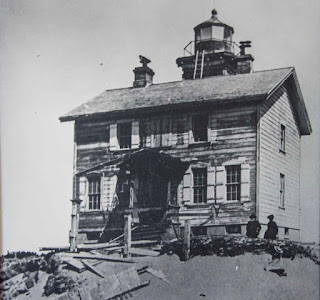 With four bedrooms upstairs and four rooms downstairs, the lighthouse keeper and his family lived here until it was closed.  In the back is a staircase that takes you to the top where the keeper's quarters are.  One of the rooms downstairs was designated oil storage for the light. 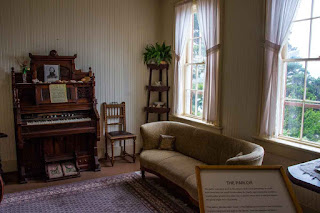 There's a beautiful ocean view out this upper window.  I'm not sure how they did it with four children however ... I had to wait for ten minutes to get back down the stairs as kids played up and down the bannister.  In the basement was an interesting sight ... the entire floor is covered with red bricks of different sizes and colors.  It seems they were used as ballast on the ships coming in to the harbor.  When loading up lumber and supplies, they dumped the bricks on the beach, which were used to construct the floor.  Many of them could have come from around the world!! 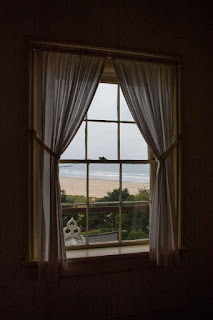 This is the Yaquina Bay Bridge ... a beauty for sure ... that we cross every time we go into town. 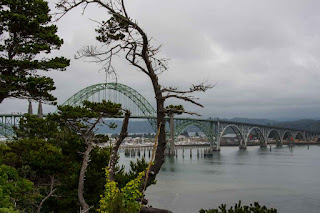 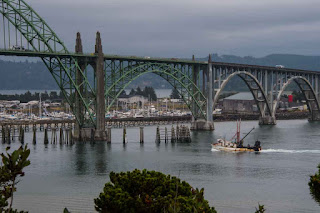 I made a quick trip back to the Seafood store to pick up some shrimp.  Every type of seafood they sell in their store has a tag telling you where it was caught and by what boat.  I thought a little shrimp cocktail would be perfect for dinner since we ate so much lunch.

That's when the second Holy Toledo came about.  Wouldn't you know, a 30' long trailer, pulled by an underpowered suburban came in with two adults, five ... count them, FIVE kids, two dogs and seven bicycles.  I'm pretty sure they unloaded a washing machine ... or maybe it was a freezer ... while still parked in the road.  Thirty minutes later, the engine was still running as they decided what they wanted to do while blocking traffic.

HOLY TOLEDO!!  Turn that thing off!!!  He finally got the trailer parked, then let his maybe 11 year old kid drive the suburban ... in front of my rig ... almost hitting a tree.  Engine STILL running, they unloaded the back and finally maybe a 9 year old tried to park it.  Since when do children get to drive cars in this park?????

45 minutes after they pulled in, they FINALLY turned off the engines on BOTH vehicles, including a Jeep that needs a new muffler.  Seriously??  Where's my beer ... or better yet, a margarita!!!  There have been two kid yelling arguments and one screaming match with the dog who dared to come out the open door and down the steps.  So much for peace and quiet at this park ...  I'm putting the Ranger station on speed dial!!!