You thought I was going to say BACK, right??  Well you are right ... but my wallet took the first big hit yesterday!!  In the really old days when I was married, my father-in-law was a commercial fisherman who knew everyone on the docks.  Because of that, he would bring home a whole skipjack tuna and say "can this"!!  It's a really greasy, messy job which starts in the shower for easy cleanup.

Once in the can (or mason jar in my case), it is pressure cooked for something like 90 minutes, making the entire house smell like stinky fish!!  The end results were always amazing however ... the best tuna sandwiches you ever ate.

When I saw canned albacore at Pacific Seafood, I couldn't pass it up.  At $5.95 for a 7.5 ounce can, it's on the pricey side, but definitely worth the taste.  Don't go overboard here however, because tuna has been found to be high in mercury and not suggested for women who are pregnant.  I'm pretty sure that won't be a problem for me ..... but I still wouldn't eat an entire can at once!! 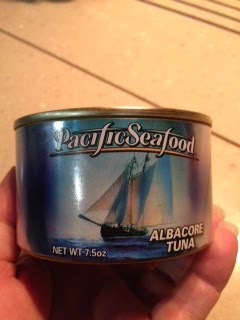 With a case in my car, my wallet was considerably lighter, but it was going to get even worse.  Cooper seems to be doing so well on the Royal Canine easily digestible dog food, that I called a local Vet to see if I could find some more to mix with his dry food.  Bang!!!  There went another $66 for two cases.  By now my wallet is crying, so I went back to the rig, gathered up my kites and headed to the beach.  When you're flying, you can't think about anything else!!

At first, I didn't think there was enough wind, but after easily setting up, it was up in the air whining as it screamed across the sky when the wind picked up.  TOO MUCH FUN!!!  I flew for about 40 minutes when Nick and Terry showed up to give it a shot! 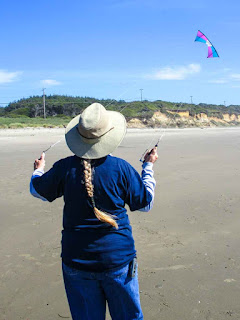 As the afternoon went on, the wind got stronger and stronger.  Pretty soon my kite was dragging me all around the beach as I pulled with all I had to keep from going flying myself.  When it finally hit the dirt, I had a terrible time getting it back up.  It kept flipping over and wouldn't right itself for takeoff.

About that time, Barbara and Tom showed up to watch the show.  Barbara said it looked like I really knew what I was doing ... but really, I was flailing my arms just trying to stay alive in the game.  With my shoes totally full of sand, my arms about to fall off and tangled lines, I finally set it down and gave up.

Little did I know, Nick and Terry were having their own problems with tangled lines from too much wind!!  This can be a GREAT FUN sport, but you just need to know when to call it a day!! Knowing the crowds that can accumulate around the best restaurants, we made a beeline for Nana's Irish Pub in Nye Beach.  You can't miss it ... they have a big courtyard with outside seating.  Having been blown to bits on the beach, we chose to sit inside. 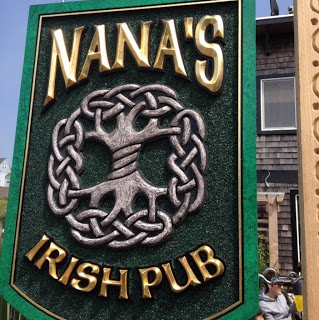 Great food here ... things like Scotch Eggs, Cottage Pie, Chicken Pot Pie and Soda Bread.  They also have the traditional cheeseburgers if Irish isn't your bag.  My cottage pie was delicious with a capital D and so huge, I took more than half of it home. 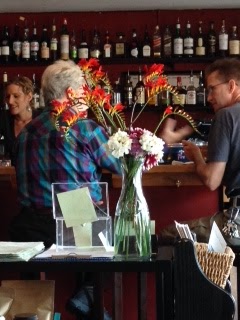 Patty and Dan, having just returned from a whale watching trip in Depoe Bay said it was great fun and yes, they DID see whales!!  We laughed and told stories for an hour before settling up and heading home.  FYI -- they automatically add on a 20% tip here. 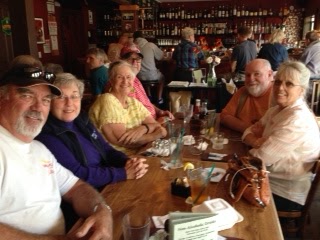 At 5:00 am, I was really wishing I was still asleep, but the aching shoulders from kite flying got the best of me.  Not only does my wallet ache, but my body isn't too happy either.  Might as well get up and get going ... my first stop being Advil.  Take three ... they're small!!!