HAPPY FOURTH OF JULY AND HAPPY BIRTHDAY AMERICA!!
I hope everyone has a safe and sane day with lots of family and fun!!  While you're at it, thank a Veteran or Service Member for making all this happen for the rest of us!  Cooper and Jessie ask that all dog and cat parents PLEASE keep your animals inside so they don't get scared of the fireworks and run away.

I had a long list of things to do and see yesterday, all of which got thrown out the window when I discovered Cooper was sick.  You KNOW he's my baby!  Yes, I love Jessie too, but she's much more capable ... kind of like Mom!!   I immediately drove to town where my phone would work and called Osburn Veterinary Clinic.  These guys are forever on my go-to list!!  In less than an hour, I was standing in front of the Vet with Cooper in tow.  Like Nick said ... there's NICE people in Florence. 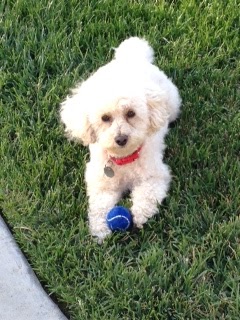 Long story short, he has stomach problems, a usual occurrence in dogs that generally we pay no attention to.  His case however, requires treatment.  Lucky dog, he gets special canned food and a pill twice a day.  The cost was half of what I expected for such a thorough examination ... thank goodness I ignored those two reviews on the internet about exorbitant prices!!

With that scare under my belt, I skipped down the list to the car wash, then on to the laundry.  I don't do wash at laundromats but rarely, especially in cities with ocean access, due to the plethora of stinky, fishy clothing washed by fishermen!!  This I learned from a crab and salmon fisherman's wife!! 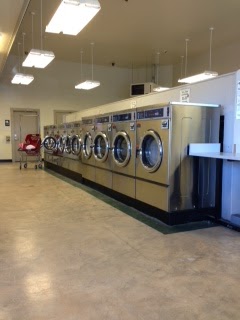 This particular one looked sparkly clean ... new in fact.  With no cars in the parking lot, I walked in with my rugs and blanket, to a machine that had so many lights and buttons I didn't know what to do. Thankfully, the girl came from behind the counter.  My things would, of course, only fit in the big machine, requiring $5.35 PER WASH!!

I didn't bring THAT many quarters!!  "Oh we don't use quarters ... you have to buy a card".  She took me to the back machine where I got change for my $20, then had to make the minimum card purchase ... $6.00.  But wait ... the wash is only $5.35 and I don't need to dry them.  She patiently explained that the change would be on the card for the next time I came back ... whereupon I could add MORE cash to the card to do laundry at that time.  Has anyone heard of this??  No wonder there's no one in the parking lot!!!

$6.00 later, with two rugs and one small blanket clean, I stopped in at BJ's Ice Cream store for lunch. They make all of their ice cream behind the store ... for all of their stores ... and it is amazing!!!  The peanut butter chocolate was delicious, then caramel coffee cookie caught my eye ... and my taste buds!!  WOW!!!  I scarfed down some s'mores in a flash and took some coffee home. 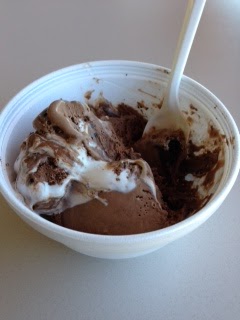 Back at the rig, I didn't think the park could get any more full, but it did, with rigs tucked into every corner.   There is an all day celebration in Old town, followed by fireworks, but I'm not sure if I want to brave the crowds or the traffic, since that's at the exact opposite end of Florence as I am!!

I finished my first loom project, a scarf from the class I took ... it went much faster than I thought it would.  They didn't really give me instructions on how to end it, so I just cut the threads long enough and tied them to make fringe.  I took dozens of pictures first to show how it was warped on the loom so I could start a new project. 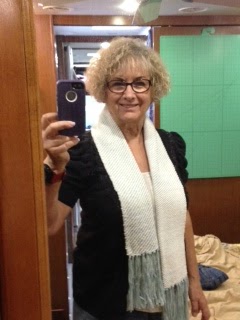 Now comes the planning part of the next project ... and I have no idea how, other than it requires lots of math.  Since I CAN use a screwdriver, I used the new screw I purchased for 13 cents, to repair the cabinet door.  I always get so excited when something I try actually works!!!

Hoping I get this posted ... with every rig having probably one or two devices on the Elks WiFi, it's been working about as slow as a snail.  Course early rising seems to help that situation!!

Have a great fourth of July everyone!!!