Big Storm On The Coast!!

They said it would be an unusual storm ... for me it's shades of Kansas!!  A little rain on the roof is nice, even though I can't sleep, but when buckets get poured on your head like last night (continuing as I type), it can be nerve-wracking!  It really feels like Kansas Barbara and Tom Westerfield!!

I waited all this time to be able to put one of my kites in the air, but the winds yesterday afternoon were 25-30 mph, with gusts up to 40.  Funny, there was rain on and off all day, but the doppler radar showed absolutely nothing.  It's a GHOST storm!!  Feels like Sharknado!!!  (It's a Sci-Fi thing).

So I went to the Farmers Market instead.  Sadly, they have again had to move their location to a small street behind the Bank of the West.  Politics have rained down upon these people just trying to make a living.  This type of storm wreaks havoc, with less than half the number of vendors still trying to hang in.  It's a shame, to be sure.  I picked up peaches, tomatoes, strawberries (for strawberry short-brownie instead of shortcake), yellow cherries and a HUGE handful of basil.  Sweetest fruit I've ever had!! 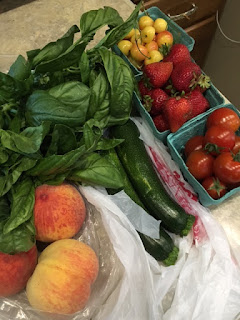 Here's a kid after my heart.  He's here every Saturday, playing his guitar like a pro, and taking up a case full of collections.  He's THAT good!  I hope even more dollars rain down in his direction for giving up his Saturday mornings. 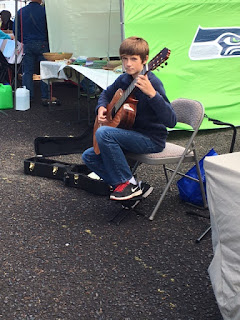 I rained a few dollars down at the local bike store myself.  Oregon Bikes is family owned by a great couple who were originally from Santa Cruz, California in the restaurant business.  They moved here looking for a slower pace, and have run this bicycle store ever since.  If you need anything bicycle, stop in at Newport Bikes and leave a few bucks.  Like any small business, they could use it! 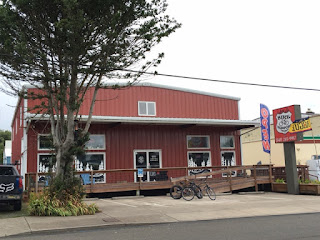 I left quite a few bucks for this FELT mountain bike, although I saved over $150.  It was on sale ... a GREAT deal.  Hopefully I get a lot of riding done in Seaside and Long Beach.  On my test drive to the church parking lot next door, I ran into the local Police Department.  Luckily, he turned just in time to miss me.  I was afraid he would rain a ticket down on my head, but he just smiled. 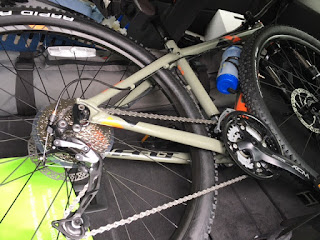 With the bike, a tire pump and a helmet loaded in my Jeep, I made one last stop at Lost Creek State Park, just a few steps away from the Thousand Trails Park. 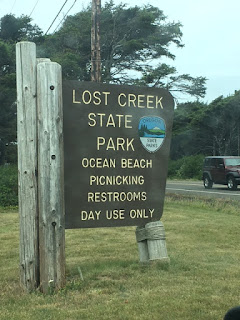 The blue sky lasted about as long as my hair in the humid, windy air.  This is a nice beach to fly kites, but you don't want to get caught here at high tide.  This time of year the water reaches the cliffs rather quickly. 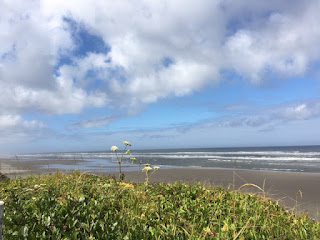 And so Nick Russell, the kite bag never left the car due to high winds.  Even the Shook wasn't vented enough.  It's okay, I'll make up for it in Seaside. 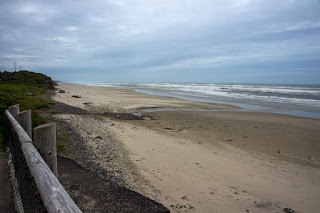 The rains came again around dinnertime, but I really didn't mind.  It was nice to sit and snuggle with the puppies, although they didn't give me much room. 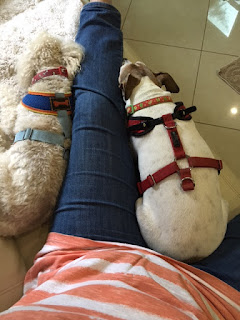 I'm leaving this morning for Tillamook.  A little ice cream will help the blues brought on by not flying my kites.  I doubt there will be blue skies, but I AM hoping the rain quits long enough for me to hook up the car.  I brought three coats last year and didn't use one, so of course I left them all home.  Me thinks it's going to be a wet morning.