We Have Arrived In Sault Saint Marie Michigan!!

I'm betting most of my friends have never heard of Sault Saint Marie (pronounced Soo Saint Marie) ... don't feel bad, I haven't either.  We are finally back in civilization where there are lots of bars ... the internet kind ... and I can fill you in on the trip from De Pere Wisconsin to the very top of Michigan. 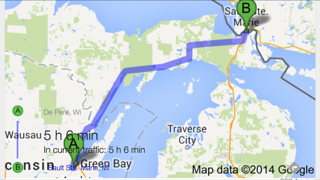 When we left De Pere, there was construction and more construction.  Just like Alaska, they work on their roads all summer up here, repairing ice damaged surfaces. 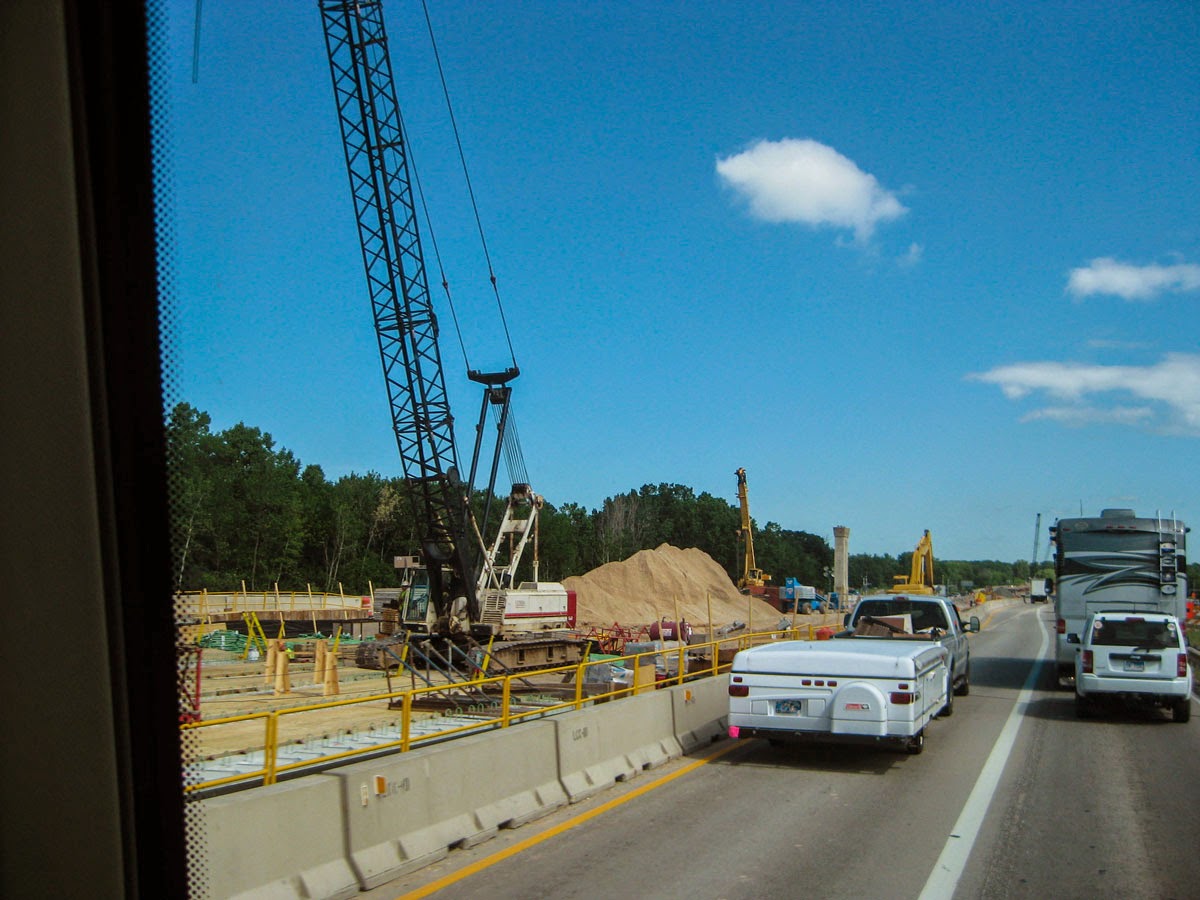 It was a nice relaxing drive until I saw the Volkswagon-Beetle-sized mosquito sitting on top of a railroad car.  Good thing I brought TWO cans of bug spray!!  Most of the dairies up this direction were out of business, some opting for organic farming instead. 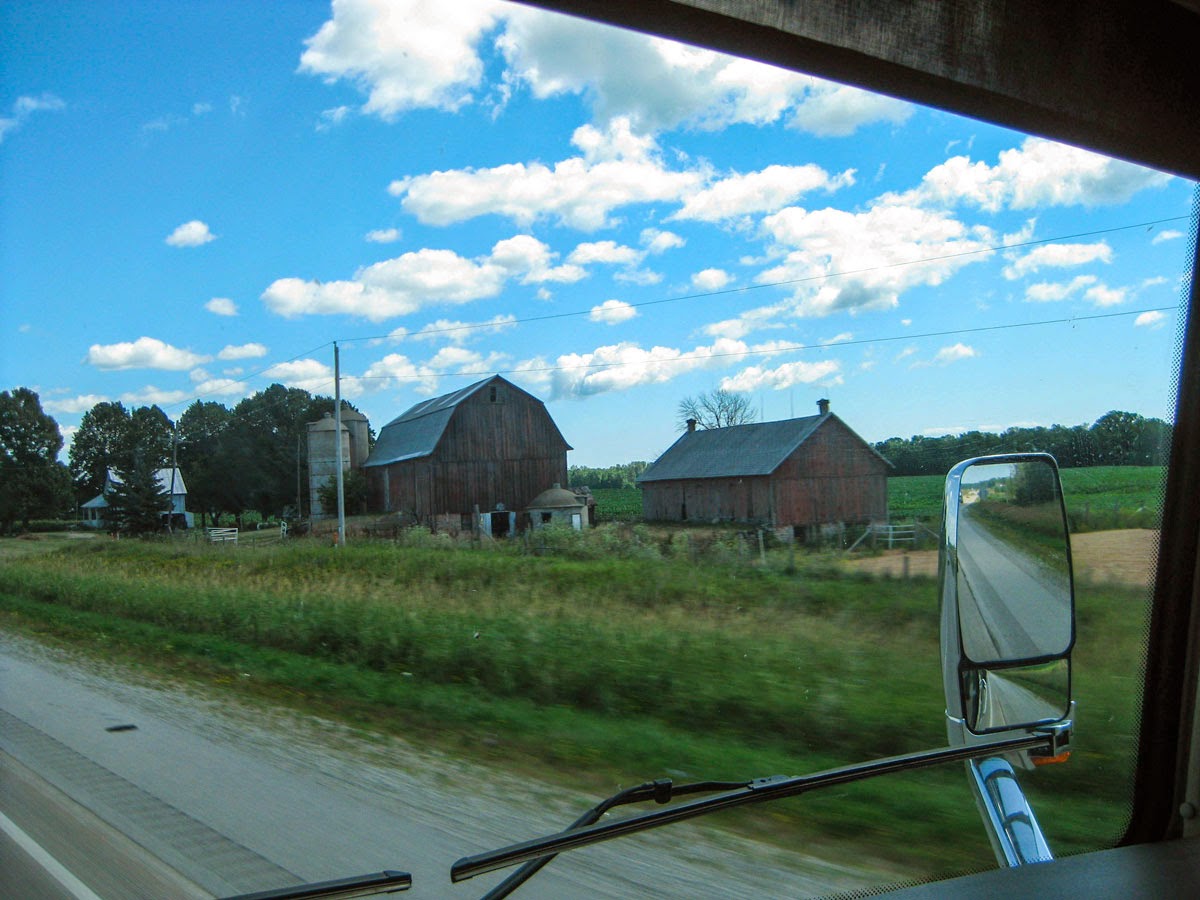 We finally crossed over into Michigan after an uneventful drive ... except for that guy with the U-haul trailer that absolutely came unglued when we decided to make a left turn (having finally seen the entrance) instead of the right hand turn we signaled.  He was so upset, he drove on the right shoulder in the dirt with horn honking.  He REALLY needs a "relax dude" pill!! 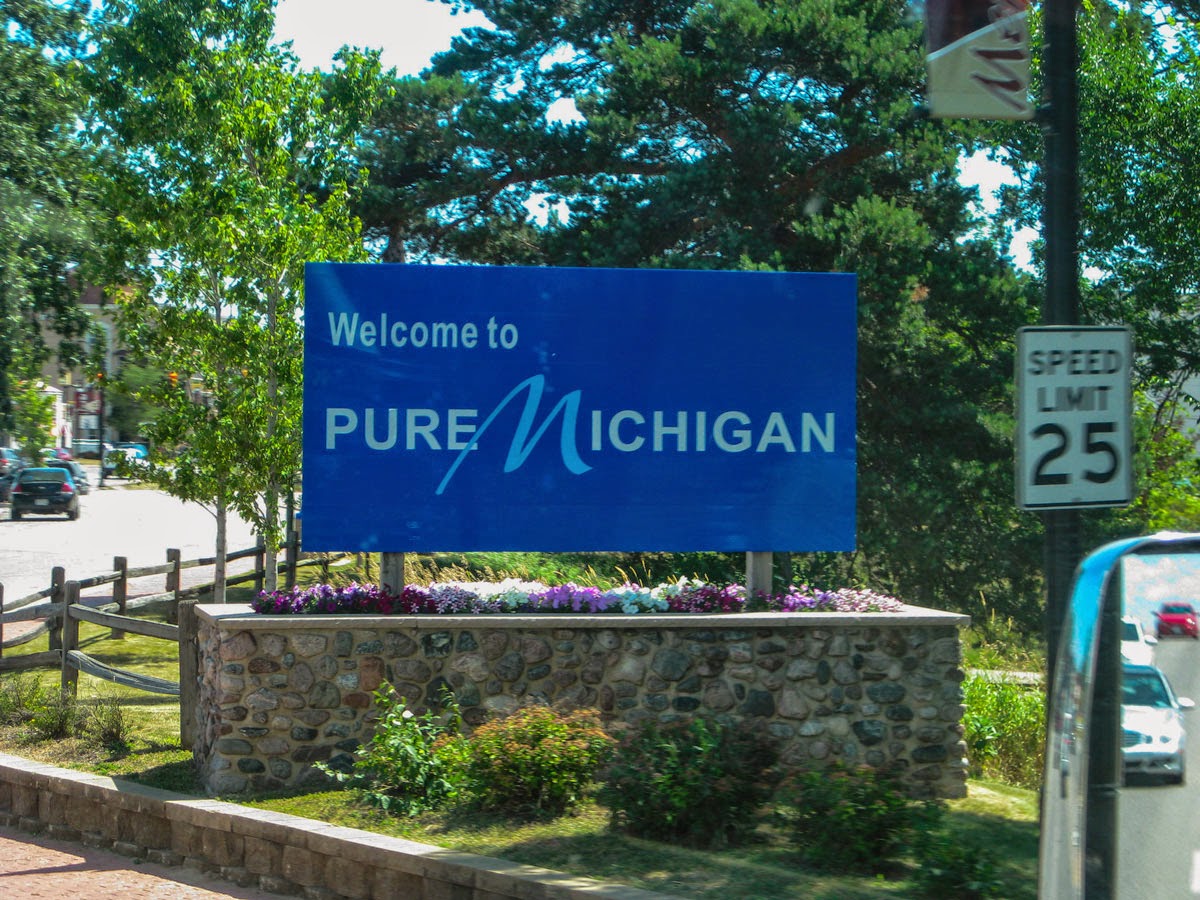 At the top of Lake Michigan, we spent the night at a Casino, whose name I couldn't pronounce, just East of Manistique.  They have about 12 sites with 30 amp electrical only, which are FREE!!  After a quick dinner in the Casino restaurant, it was knitting time.

That Cooper ... he's much smarter than I give him credit for.  He woke me up at 5:00 am for play time ... Cooper IT'S NOT TIME!!  But I found out a little later that he was indeed right on time.  We had jumped the time line again, and it was 6:00 ... time to get up!!  For my friends that text me at 8 pm, that's 11:00 pm here, which is why I don't respond!!  The rest of the drive to Sault Saint Marie reminded me SO much of Alaska.  At 55 mph I was getting 11.5 miles per gallon as we cruised along with practically no traffic.  I did notice that many places here are for sale .. in fact almost every other one.  I guess it really was an extremely hard winter, because everyone is baling out and heading south. 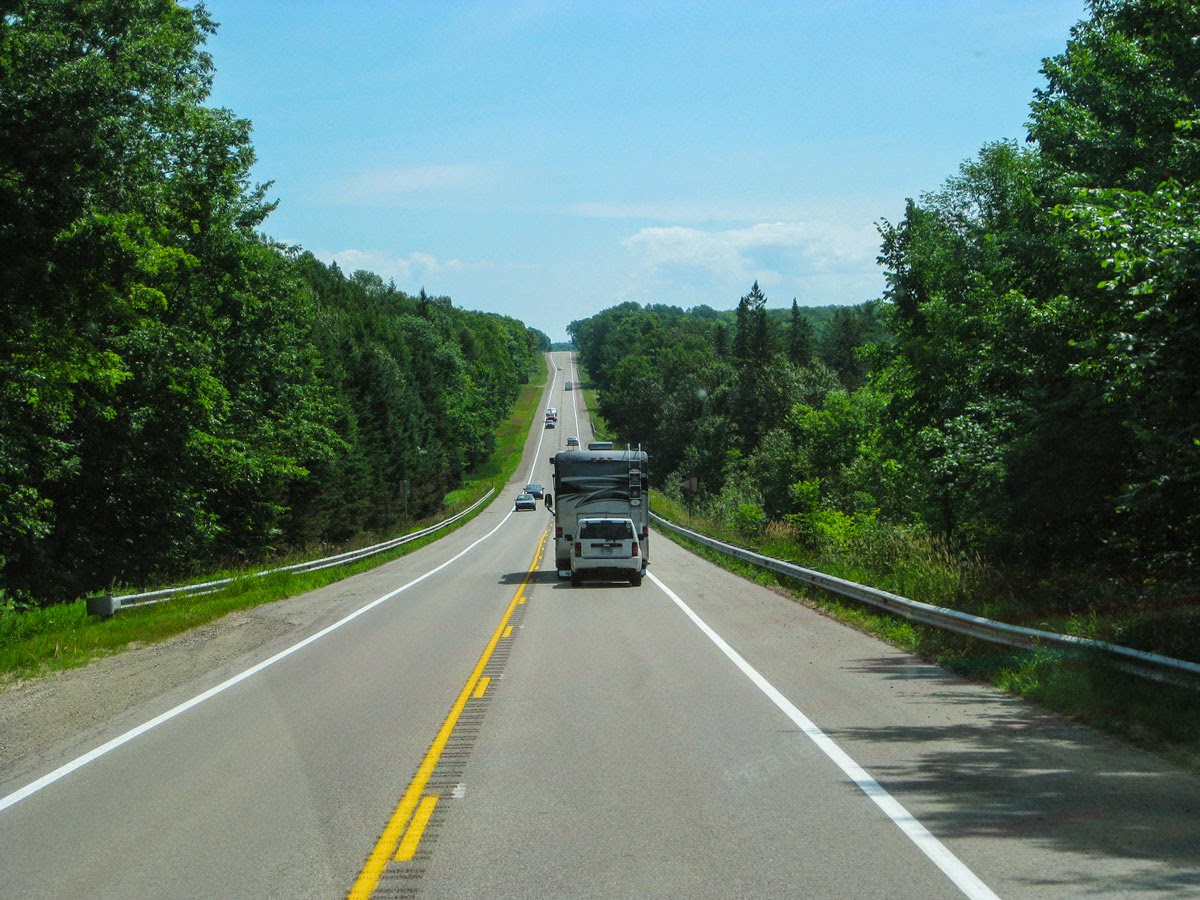 As we headed towards what I knew was Canada, I saw a sign that said "Border, Straight Ahead".  Yikes ... I don't have my passport!!  I know ... I should have packed it, but I really didn't think we were going anywhere outside the States.  At the very last second, Tom took a right at the LAST exit before crossing the bridge to Canada.  Whew ... that was a close one!! 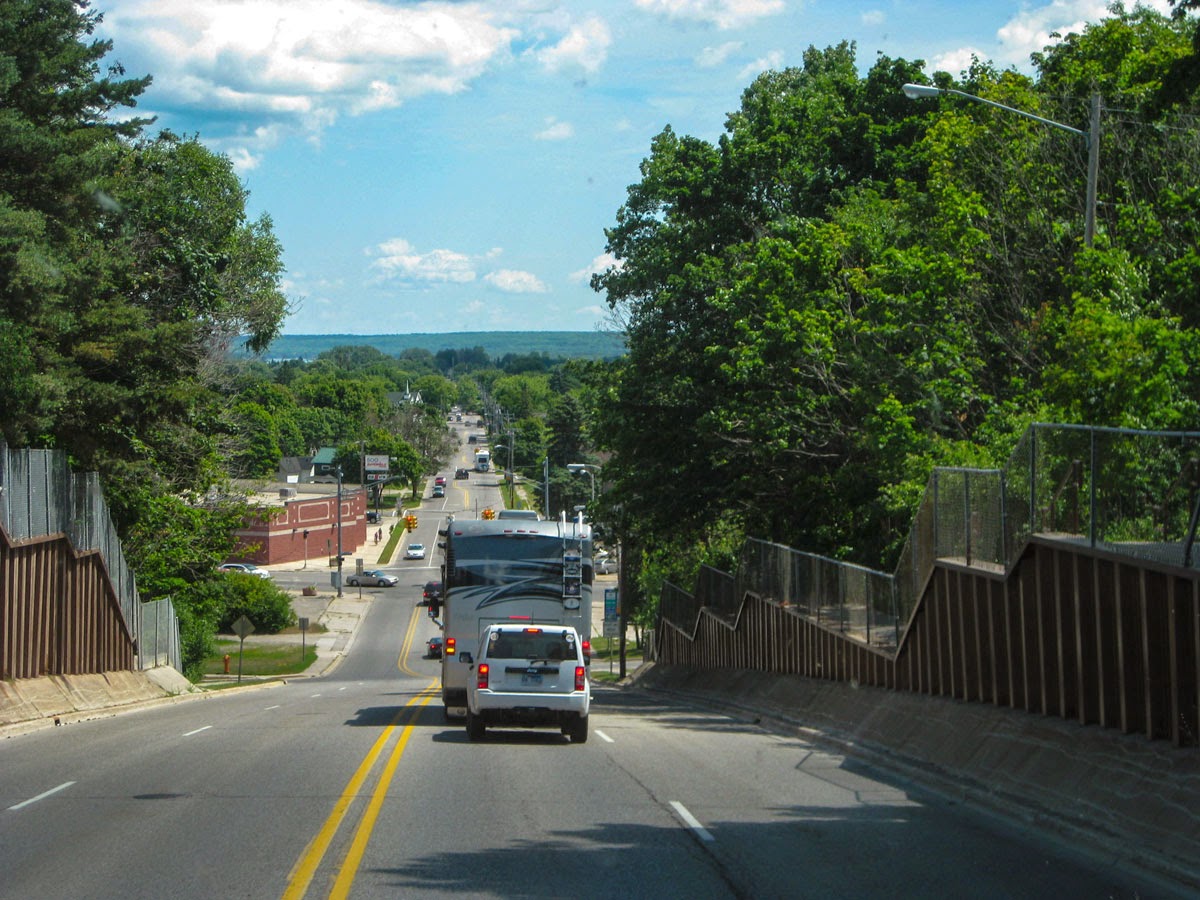 We had to drive right down Main Street, crossing bridges as we went, since there is water all around us.  Kind of a tight drive right up to the thread-the-needle-right-turn which took us towards the Elks Lodge where we will be staying. 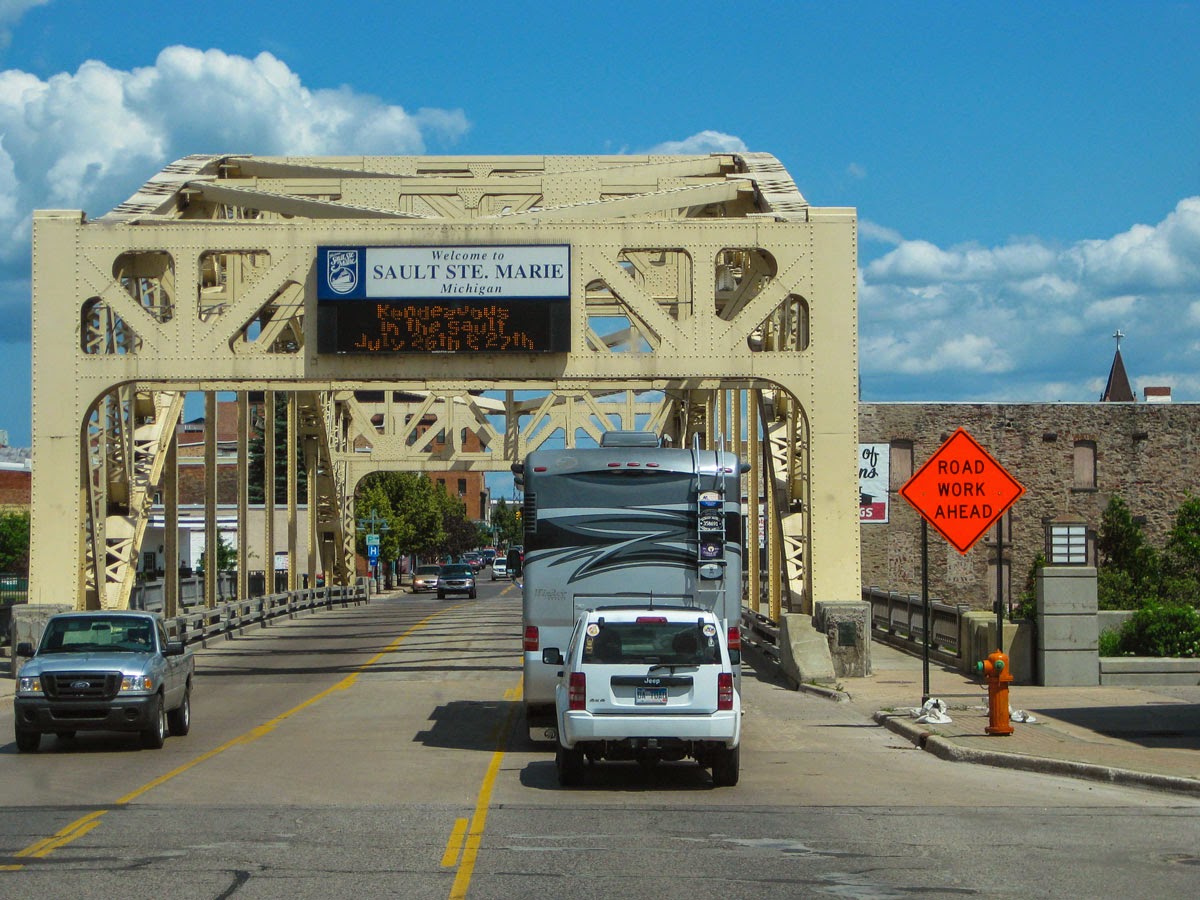 The world famous Soo Locks are located here, which raise and lower huge ships called Lakers, from one lake to the other.  One last bridge and we made it to the Elks parking lot.  Just north of us is an RV park called Soo Locks Campground if you aren't an Elks member.  It doesn't have very good ratings, but is right on the river. 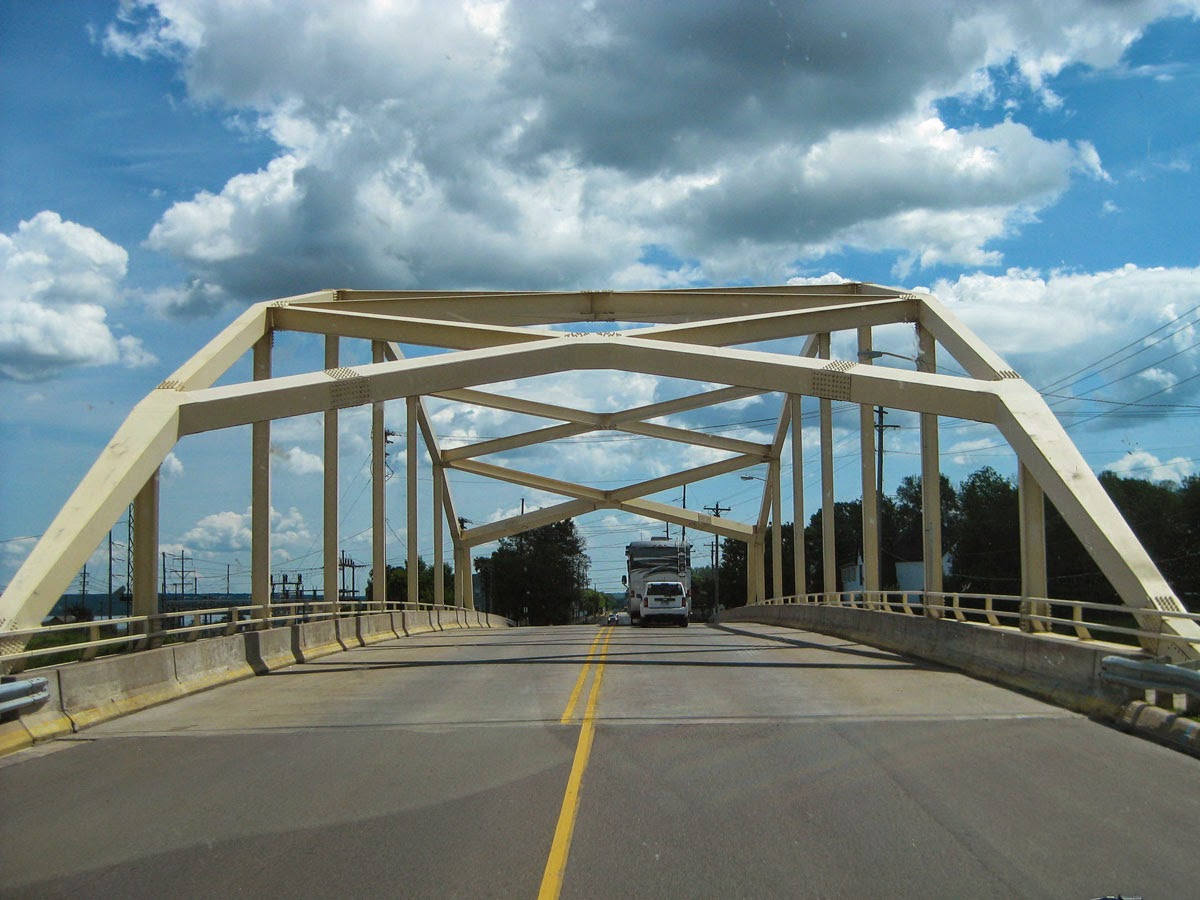 This is the view out my front window of the Saint Mary's River.  How cool is this???? 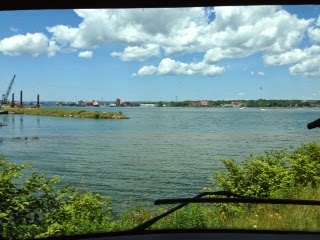 Within 30 minutes of parking, a 918 foot Laker cruised up the river heading for the locks to Lake Superior.  This is a view I could get used to ... until the snow starts falling!! 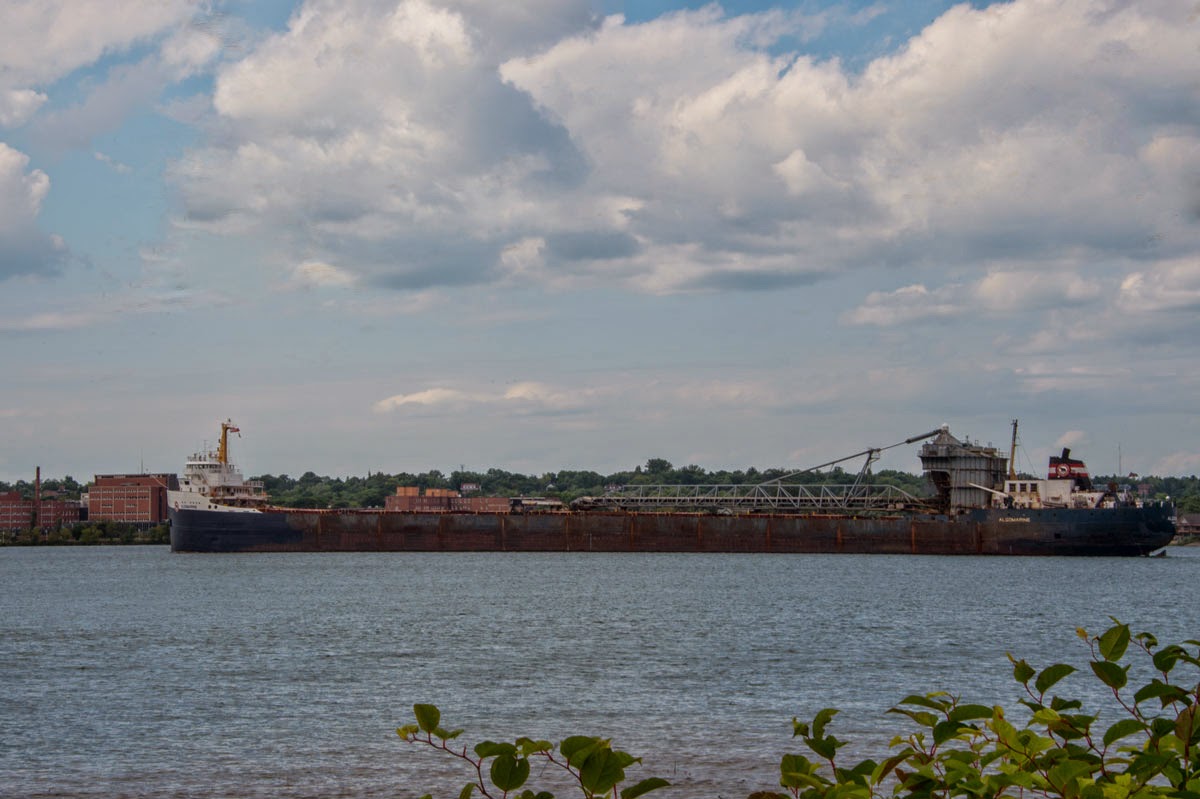 We'll be here about five days ... which Barbara says will include a dinner cruise under the big bridge to Canada!!!   Being Friday night, it was Fish Fry dinner at the elks!!  It just doesn't get any better than this!!!