Okay ... everyone go look in the back of your desk drawer and see if you can find a Parker Pen!!  I know my parents had several ... all of which are gone!!  Believe it or not, the Parker Pen Company was started here in Janesville in 1888 and continued through many good and bad times until 2009 when it was moved to France.  France???  Bought out by Rubbermaid, the Janesville plant was closed. 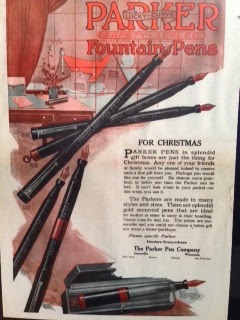 Had I known that Parker made a Hopalong Cassidy ballpoint pen, I would have been first in line to buy one!!  This is just the coolest pen EVER!!!  They also invented Quink ... a cute short name for quick drying ink.  Before that, you had to blot everything you wrote!! 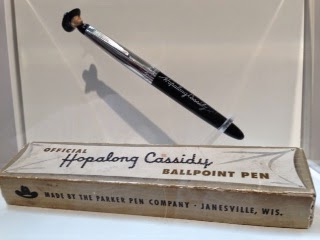 Did you know Parker Pens had numbers??  Not just numbers picked out of the blue, but specific ones ... like the Parker 45 named after the Colt 45 pistol!!  This exhibit is in the Old Town Mall in Janesville.  Queen Elizabeth even had ... maybe still has ... a Parker Pen.  Interesting history this little town has!! 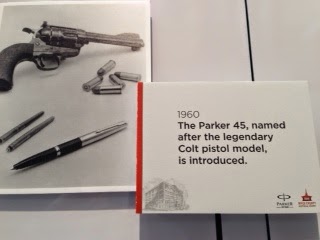 While in the mall, Barbara and Tom struck a conversation with a lady in the Visitor's Center who said she walks around the area, and what beautiful mansions they have.  That was enough for a quick drive in the neighborhood to see these magnificent houses.  The chimney on this one is three stories tall!! 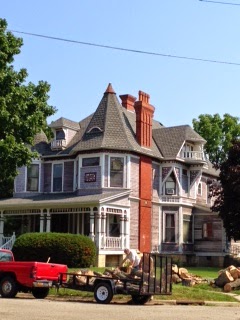 Many need LOTS of TLC ... I guess last winter was the worst they have had in some time.  You wouldn't know it by the green growing things, but the paint tells a different story.  It's peeling on every window frame.  I keep saying "why don't they keep them up", but Tom explains that one ... upkeep is very expensive, and two ... it has to be done every year since the weather is so severe.  It just saddens my heart to see these amazing examples of craftsmanship in such disrepair!! 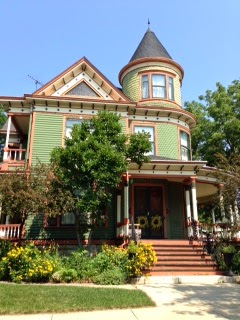 Seems like we just get someplace and it's time to leave again.  That's the life when you're on the road and want to see it all!!  It's time to leave lovely Janesville and MOVE ON UP!!  We pulled out of the Moose Lodge parking lot where I got even more lessons in RV-ship using a 110 plug.  You can't use the AC or the microwave, but one light bank and two fans are okay.  Don't try to use the hair dryer with ANYTHING, but the curling iron and one fan (no lights) don't blow the breaker!!

As we drove through the Wisconsin countryside, I finally figured out why I wasn't seeing the dairy cattle I expected.  I mean this is cheese country, right??  Doesn't that mostly come from cows??  Here's the first bunch of cattle I've seen ... gathered around the dairy barn. 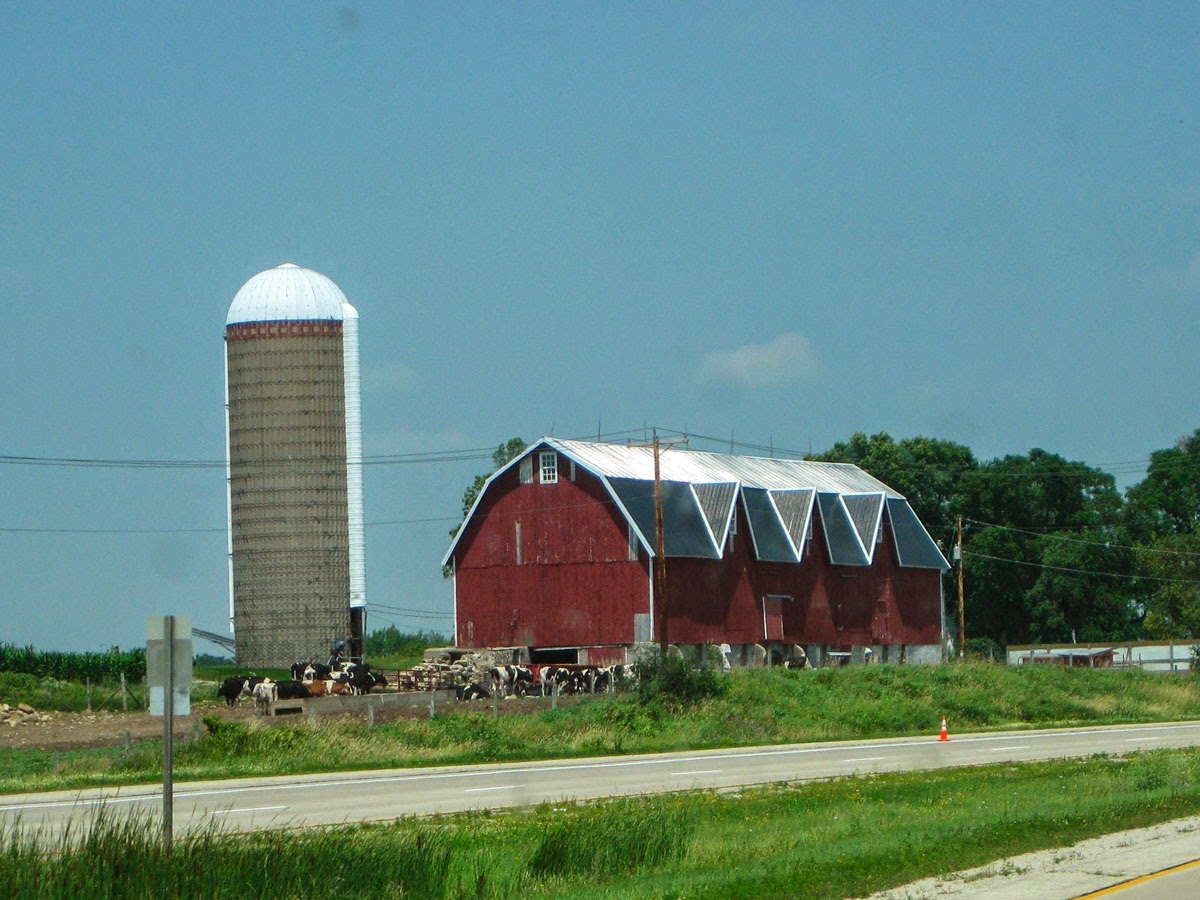 What I finally figured out was ... there are many of these small farms around the State ... the key, being "small".  They seem to have only 15-20 milk cows each, and almost all are kept either inside the barn or under a small shelter, so you don't see them out in a pasture or large dairy like in California.  Due to the severe weather, they are fed and milked inside year round.  Apparently they co-op the milk. 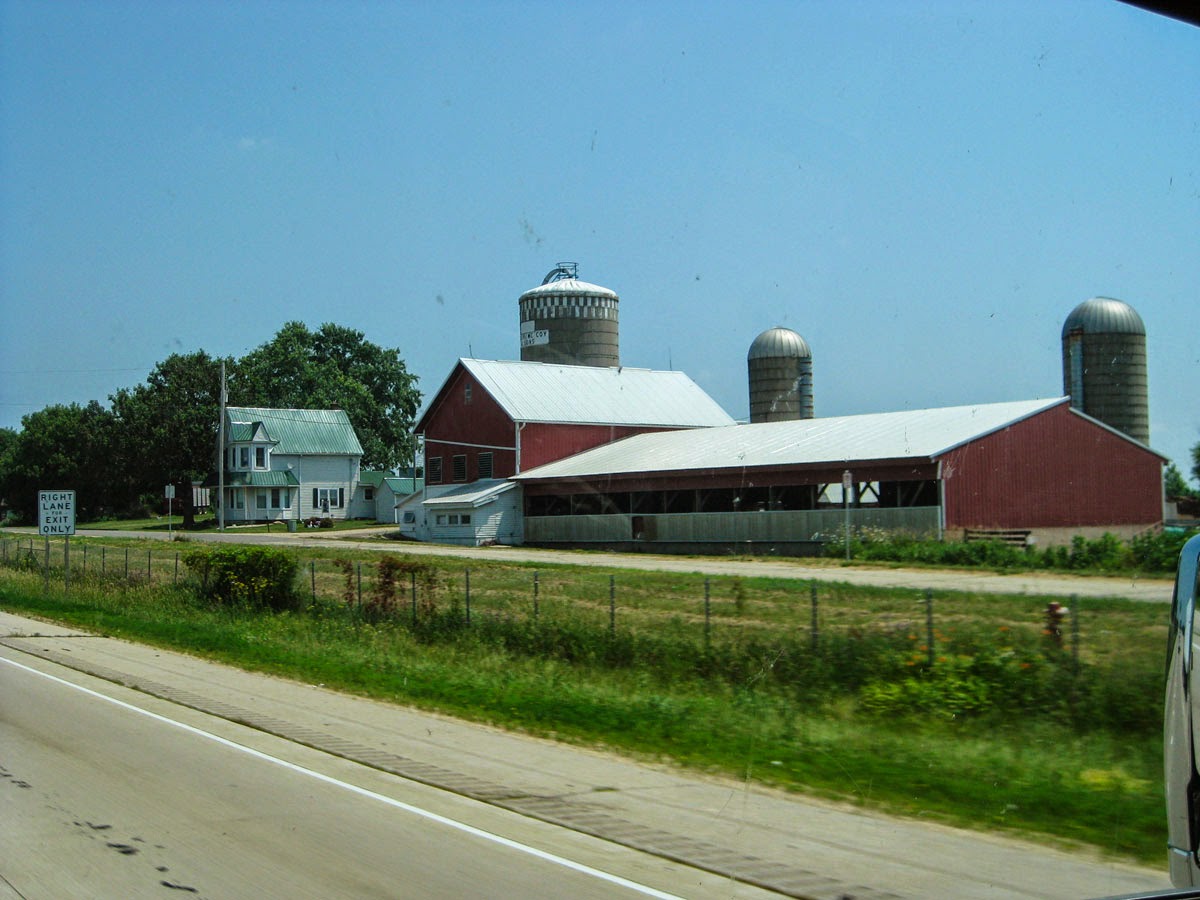 As we got closer to Green Bay, the traffic (and the roads) got worse.  Up until now I was pleasantly surprised that the highways were in such good condition.  Not so in the north country where ice and salt wreak havoc on concrete and asphalt.  We found Apple Creek Campground on County Road U outside of DePere Wisconsin with no trouble.  It has lots of amenities, including a nice pool and 24-hour laundry, but although we have 50 amp service, we have no sewer hookup.  It's $18 per night with Passport America or Escapees discount. 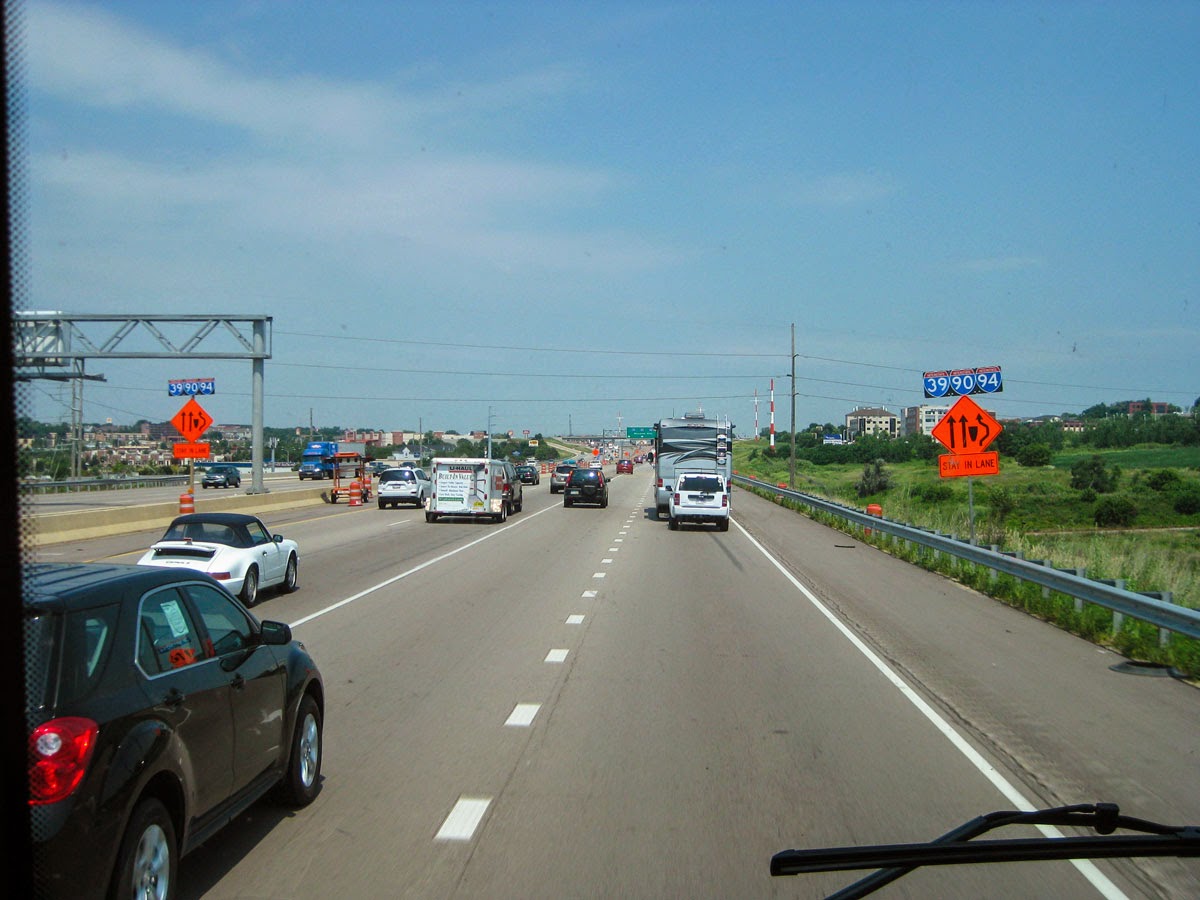 All the restaurants around here seem to have at least 4 stars with 30 or more reviews ... so picking a place for dinner was a piece of cake.  Pasquale's was it ... a rather interesting bar on Main Street in downtown DePere.  Their buffalo wings, ribs, fried mushrooms and ravioli fit the bill perfectly. 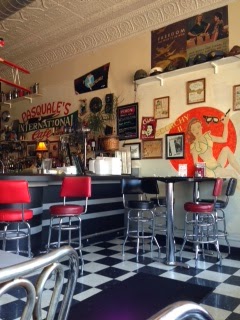