While sleeping in my sweltering bedroom the other night ... visions of electrical wires were dancing through my head.  Not really ... I didn't sleep much at all.  Instead, I  grabbed my phone and googled all things 30 and 50 amp electrical.  I learned just enough to be dangerous Tom says, but at least was able to hold an intelligent conversation regarding my rig problems.

Having called Lawrence RV again about the Progressive unit, I finally got a return call a few hours later.   I was able to convince Jeff that I was fed up with this unit and I wanted the name of a reputable repair service to remove it and it's problems from the belly of my rig.  He had no answer and no suggestions, but did gave me the phone number of the Progressive Company direct, that would hopefully handle the warranty cost.

That was a stroke of good luck for me!!  Tommy the owner of the whole shebang, discussed the goings on with me at length in a VERY nice North Carolina accent!!  He said we would get this fixed one way or another.  First, I would have to play electrician and change some wiring inside the unit in order to bypass the controller thingy (an electrical term) to see if that was indeed the problem.

Armed with my trusty tool box and Tom's tiny side cutters, I removed the cover and set my phone on speaker so I could use both hands to dig through the mass of wires, looking for "the little blue one".  There were three little blue ones!!  He said the one with the female connection that wasn't connected to anything.  I didn't want to ask him what a female connection looked like, so I winged it and luckily found the right one, tied with a small zip tie.  Cut the tie he said, but NOT the wire.  With a shaky left hand, I snipped the tie, fully expecting to be electrocuted!!  Nothing!!!  ALL RIGHT!!!

The idea was to connect that wire to a location that would cause a bypass of the possible problem area, to see if that was indeed the problem.  It took needle nose pliers and lots of maneuvering before I completed that stage.  "Now plug it in!!"  I gingerly plugged the rig into the 110 outlet and voila!!!  Instant power that read correctly!!  YAY for Tommy!!  We found the problem.  Now what??  He will mail a new module to me in Springfield, and when I'm ready, we'll do the phone dance again as I play Electrician.  This one will probably be much more difficult, but I'll give it a shot, and I figure by the time we're done, I'll be an expert!!  If you have any problems with your unit, just give me a call.  No I won't fix it, I'll give you Tommy's number!! 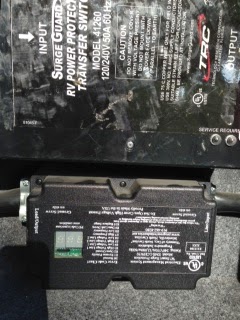 In the end yesterday, it didn't matter, because it was so hot I had to leave the generator on full time.  Early in the morning I totally closed up and drove to a diesel station.  I now have 80 gallons for my generator to drink up!!  In the meantime, I removed the beautiful but badly split and broken door from my cabinet that got crunched when I closed the slide during the tornado warning.  Tom is an EXPERT at woodworking, and not only glued it back together, but fixed the badly bent handle.  You can't even tell!!!  He's amazing and I'm most appreciative that the door was saved. 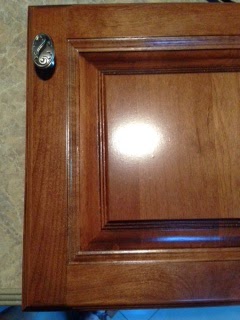 I forgot to include this image in my last blog about the sardine can ... I mean the St. Louis Arch.  Every time I see these, I'll think of the squished-like-fish St. Louis "can" ride.  We drove to Grants Farm yesterday morning to find that they were closed on Mondays ... wouldn't you know ... which is why I had time to work on the electrical problem. 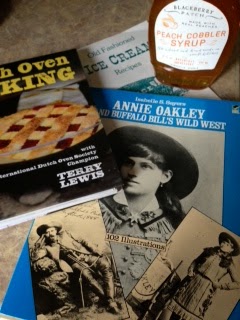 There was a bit of a storm last night!  Several flood warnings went out as the Mississippi overflowed her banks just north of St. Louis by several feet, right where we were watching the fireworks.  The last one said it would hit the parking garage at the Arch.  The angry storm hit us right between the eyes for 90 minutes with a downpour like I've never seen.  Dangerous Warnings came right and left with predicted golf ball hail.  There would be no sleeping in THIS rig!!  The half inch hail sounded like rocks on the roof ... the one inch pieces like gunshots!!  Thankfully there weren't enough to do any damage that I can tell.  Then the Dangerous Warnings came again for another storm around 2:00 am.  We pulled our slides in and buttoned up, but it skirted around us for the most part.  Boy ... there's never a dull moment in Missouri!!!
Posted by Nancy Kissack at 5:16 AM