It seems many of us RVers have been doing the same thing in the Midwest ... sitting out the storms that have been crisscrossing the country.  I've heard many people here in Illinois say that by July the storms are gone and the grass turning brown.  Personally I like the rain and cloudy skies that usually mean the temperature cools down to 70 at night from the 93 "feels like 110" days!!

As you know, my washing machine refused to spit out the water from my last load of wash.  After finally getting the door to unlock, I unloaded the clothes into a trash can and scooped as much water out as I could before calling the Manufacturer.  I didn't expect them to pay for any repairs, but you CAN talk to their Techs, who will try to diagnose the problem over the phone.  They will also give you the name and number of their certified repairmen.  I contacted Roger from Beauman Mobile Solutions who unfortunately was in Florida ... where he's moving!!  No problem he said, he was coming back for a few days and would be more than happy to help me out.  This wonderful man showed up at 8:30 am Sunday morning, having traveled from New Athens Illinois, about 50 miles south.  Now THAT's service above and beyond!!

My job was to get the sliding door off the track ... it took me three tries .... 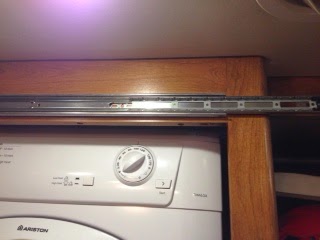 Then take out SIX screws from the front trim where the door hinge was in order to be able to get the washer out.  Yup ... they didn't want that trim falling off!! 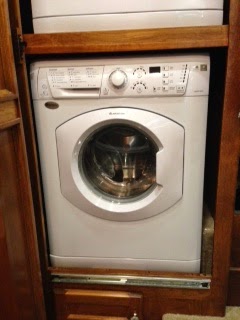 I couldn't figure out how to get the bottom panel off ... that's where the drain is ... to remove the rest of the water.  Roger did it quickly with his screwdriver like I'm showing here.  With a bucket and a flexible cutting board, we emptied the horribly stinky water and proceeded to try and move the washer out.  Luckily Roger had a replacement pump in his arsenal just in case.

Before taking it all the way out however, the Tech said just behind the drain plug, is the pump propellers ... check to see they are not blocked by anything like quarters, socks or dog/kitty hair.  Sure enough we found the problem.  In trying not to do many loads, I always lump stuff together and use Color Catchers ... you know, those sheets to keep the whites from turning pink??  It had slipped through the seal and gotten in the drain, plugging the pump.  That red towel requiring the CC is now in the trash!!  Even though I know how to remove everything, it's not worth the hassle.  Darn, I probably could have fixed this myself!! 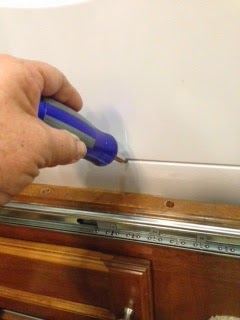 The good news is Roger didn't charge me extra for Sunday ... and only added 1/4 hour labor, even though he was here for an hour.  I did pay mileage however, so the total bill was $92, which I'm perfectly okay with ... I think I dodged a bullet there with the pump still being good!!  Roger went out of his way to help me ... so if you're in Florida and need a good repairman, I'll give you his number!!

With no plans for the day, I had a hankering for some good old fashioned Mac N Cheese ... which I baked in my new deep dish casserole purchased in Branson.  It baked perfectly in my microwave/convection oven ... maybe I'll be able to cook in the RV after all!! 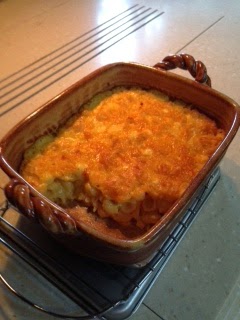 After an entire afternoon of puppy play and knitting that ended in frustration, I reached awkwardly for my hand quilting, which gave me a view of the sky.  What a great relaxing way to end the day!! 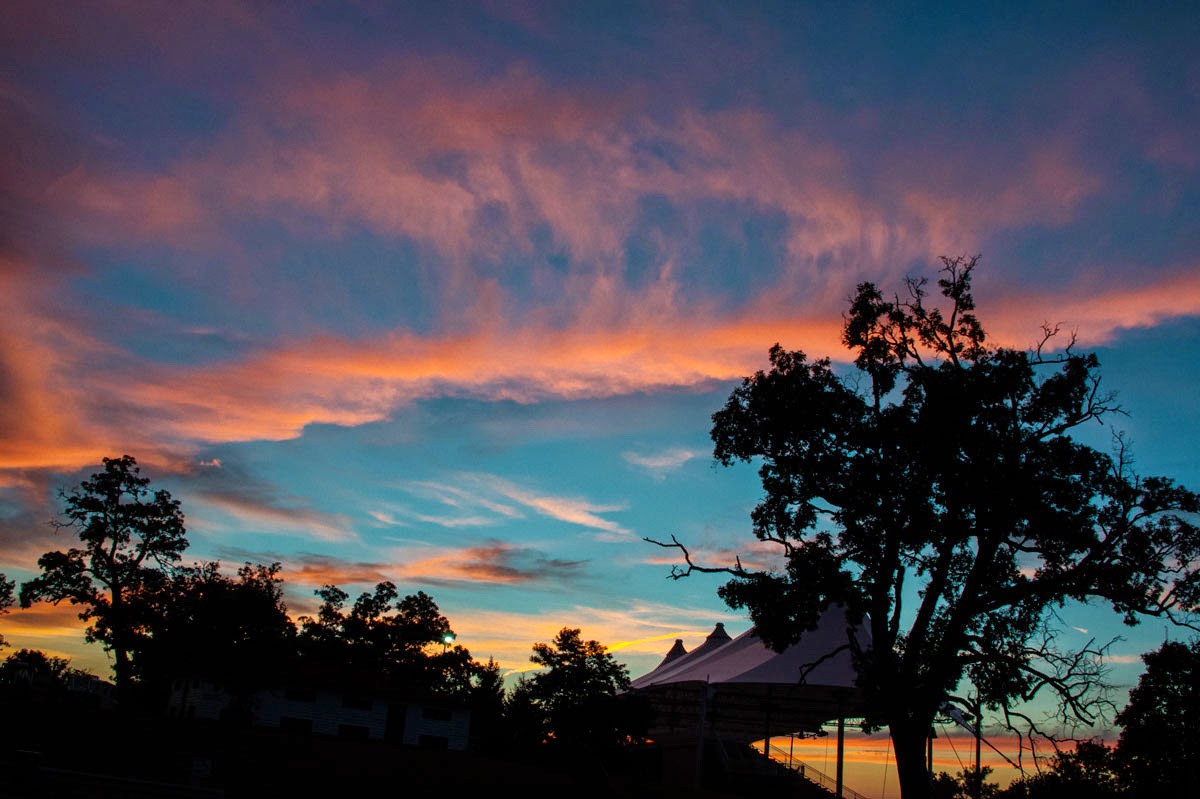 With all the rain and thunderstorms here in the Midwest, this is the first really nice sunset I've seen!! 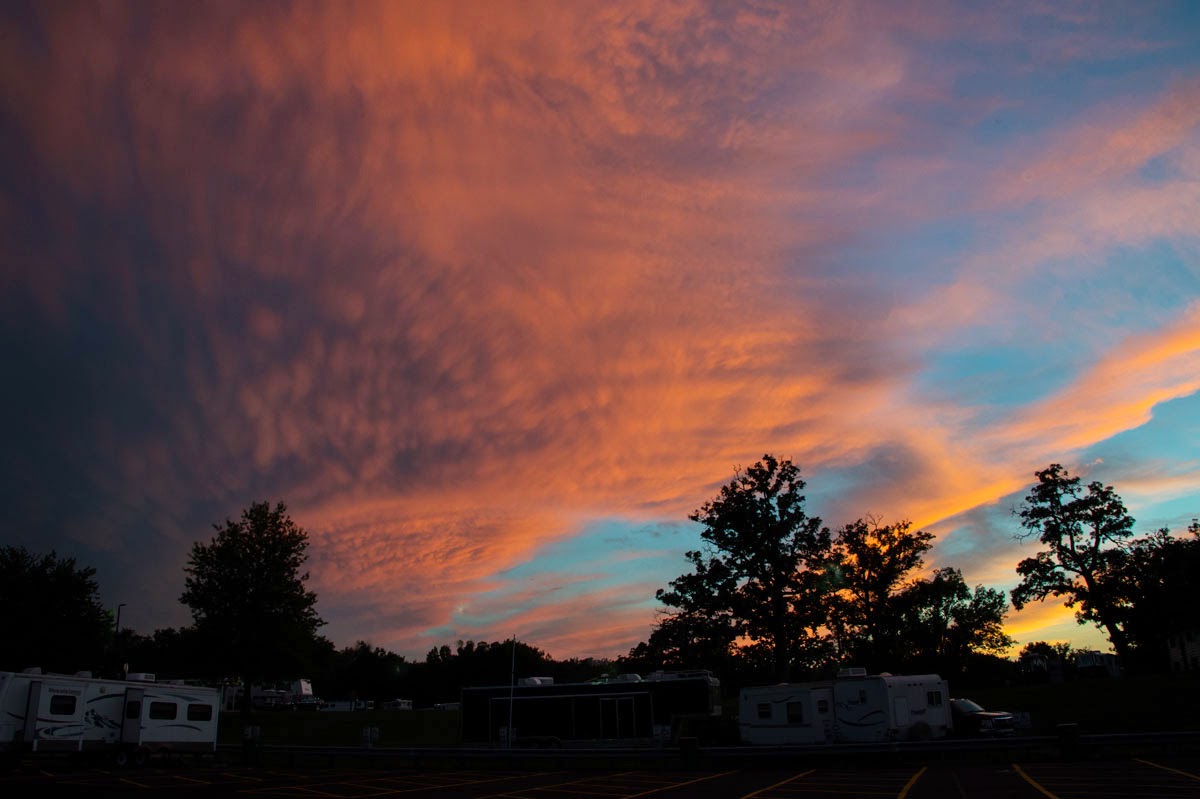 Not sure where we're going today, but I know it will be interesting, historical and exciting all in one!! Happy Monday!!!