The Underground Railroad in Janesville!!

You always hear about the Underground Railroad in the Midwest, but there is little evidence since it was all so secretive ... I mean really, your life depended on it!!  Back in the 1800's, slavery in the south kept the economy going with free labor.  Unfortunately, slaves were deemed property and  cruelty was rampant.  Every slaves dream was to escape to freedom in the North, many even heading to Canada to work, returning only when they made enough to buy their freedom.   From the south to the north were hiding places, usually provided by abolitionists sympathetic to the plight of the slaves.  Most of these places are only marked by a rock or a tree ... but in Milton Wisconsin, an actual tunnel slaves may have scrambled through is still there today, although changed somewhat and you can experience it first hand!!  Sorry, no picture allowed inside!!!

When Joseph Goodrich moved here from New York with his family, he lived in this still standing log cabin, barely big enough for a king size bed.  He was known for his anti-slavery sentiments, even putting statements in writing.  Read more about the Underground Railroad on Nick Russell 's blog.  The front door of the cabin is not visible from the street, allowing easy access.  In the floor was a trap door that led down to a three foot tall dirt tunnel that slaves could crawl through on their hands and knees to the basement in the Milton House where they could stay hidden until their departure to the next stop on their way north.  Today the tunnel is taller, but very narrow to allow visitors to take the same route to the cabin. 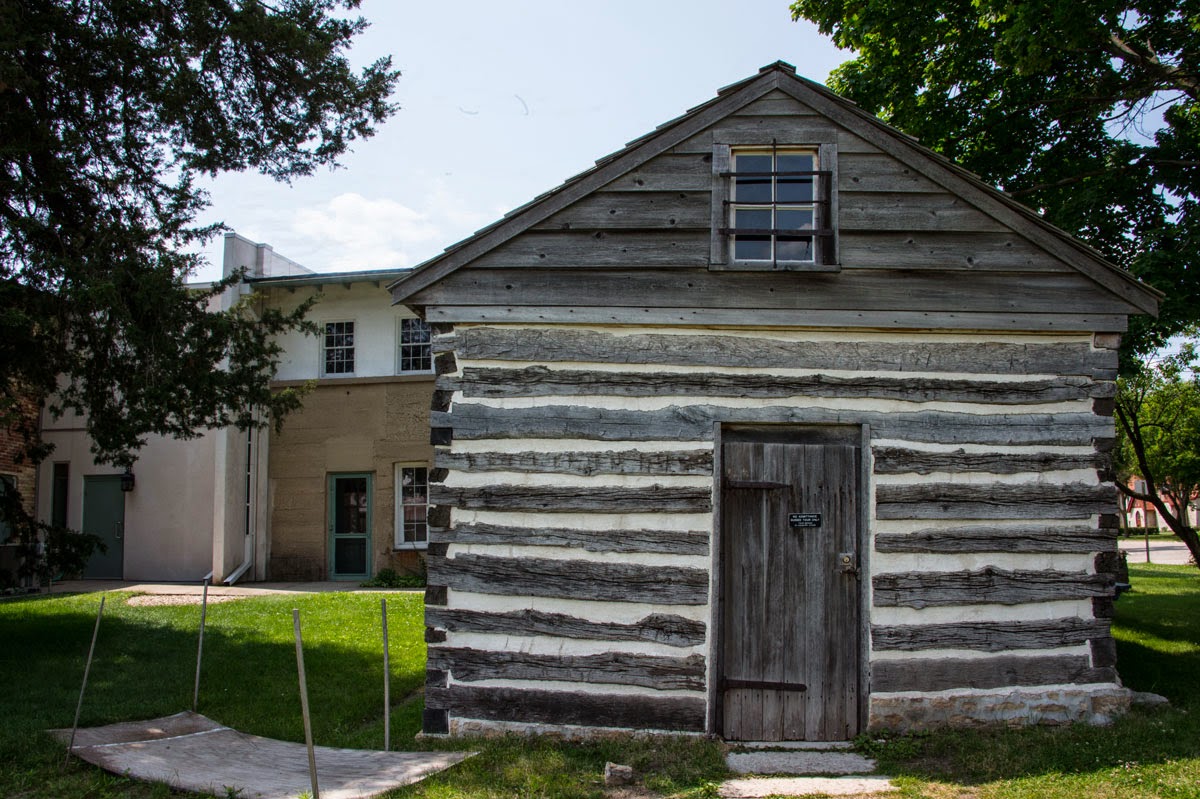 Since Joseph located on one of the major stagecoach routes through the area, he built this hexagonal hotel/mall of sorts, at least the part with Milton House on it.  It is believed to be the first house ever built of grout.  His recipe needing some tweaking however, since the middle section of three crashed to the ground in the 1930's.  The historical society took over and renovated the hotel (the hexagonal part) and one section of the apartment-upstairs-your business-downstairs portion.  As you can tell, the  two new sections don't exactly match.  They do house much of the museum part with artifacts donated from practically everyone in town.  Upstairs was a beautiful HUGE handmade loom and we all thought about Miss Terry, wondering if she had a warp measurement device like this one had. 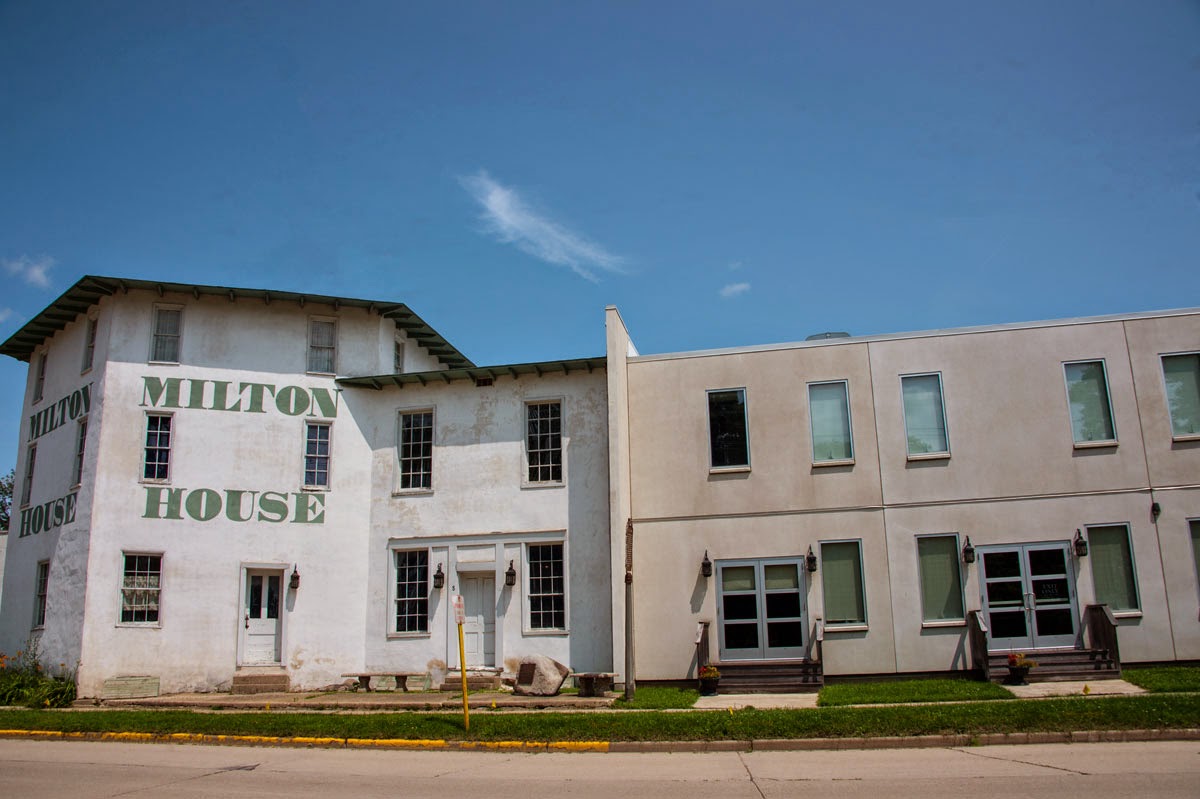 Mr. Goodrich was a smart man building on the main trail.  He then courted the railroad, who built tracks directly behind his hotel.  Business was good!!  This stable was added right next door where travelers could keep their horses while staying at his hotel also.  He had all the angles covered!!   On the tour of the hotel lobby, you can see his original ledger with signatures of visitors, as well as the dishes Mrs. Goodrich used at the dinner table every night.  You wanted to be the first to the dinner table, since the dishes weren't washed until after the last person ate ... and there weren't THAT many dishes!!  I doubt the sheets and blankets were washed very often either!! 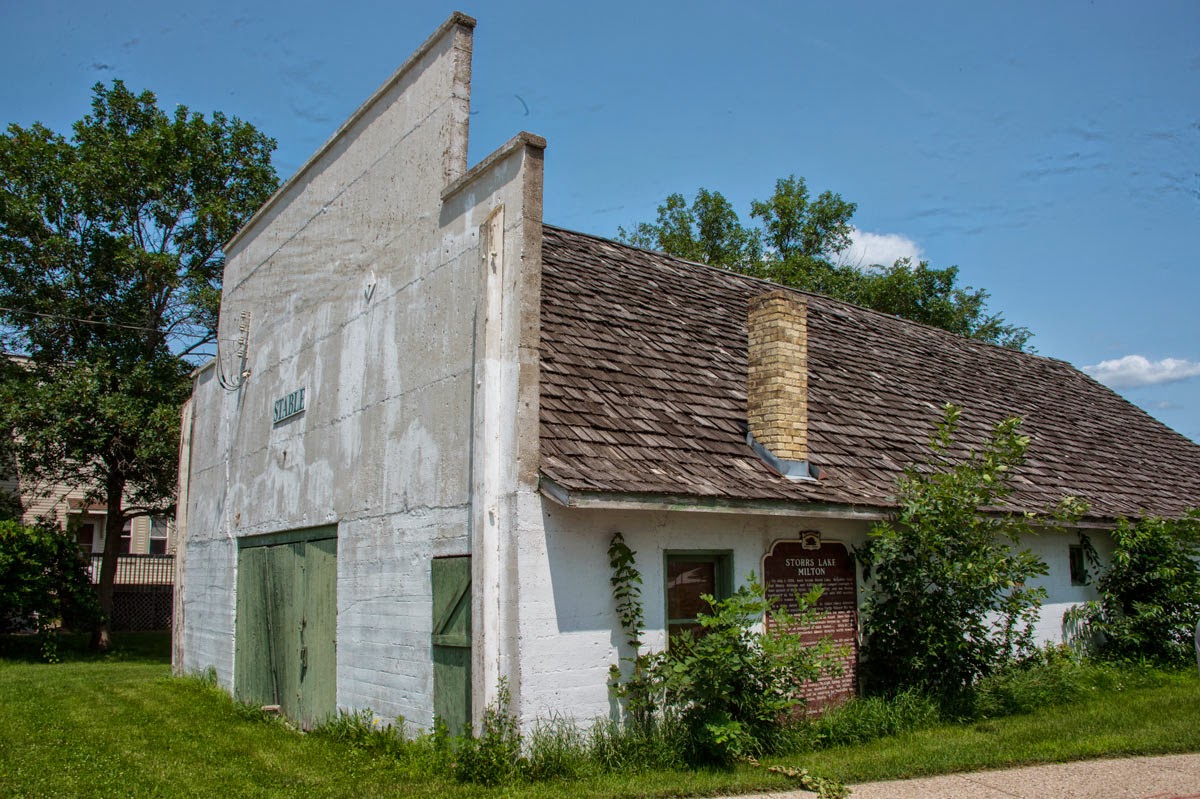 Later on,  Joseph Goodrich's son Ezra ran the hotel and built this huge house across the street.  It is now an antique store that you can walk through.  Check out all the rooms here which still have the original paint and all the original handmade wooden shutters on the inside windows.  I think I need to figure out how to incorporate some of this neat architecture in my RIG!!! 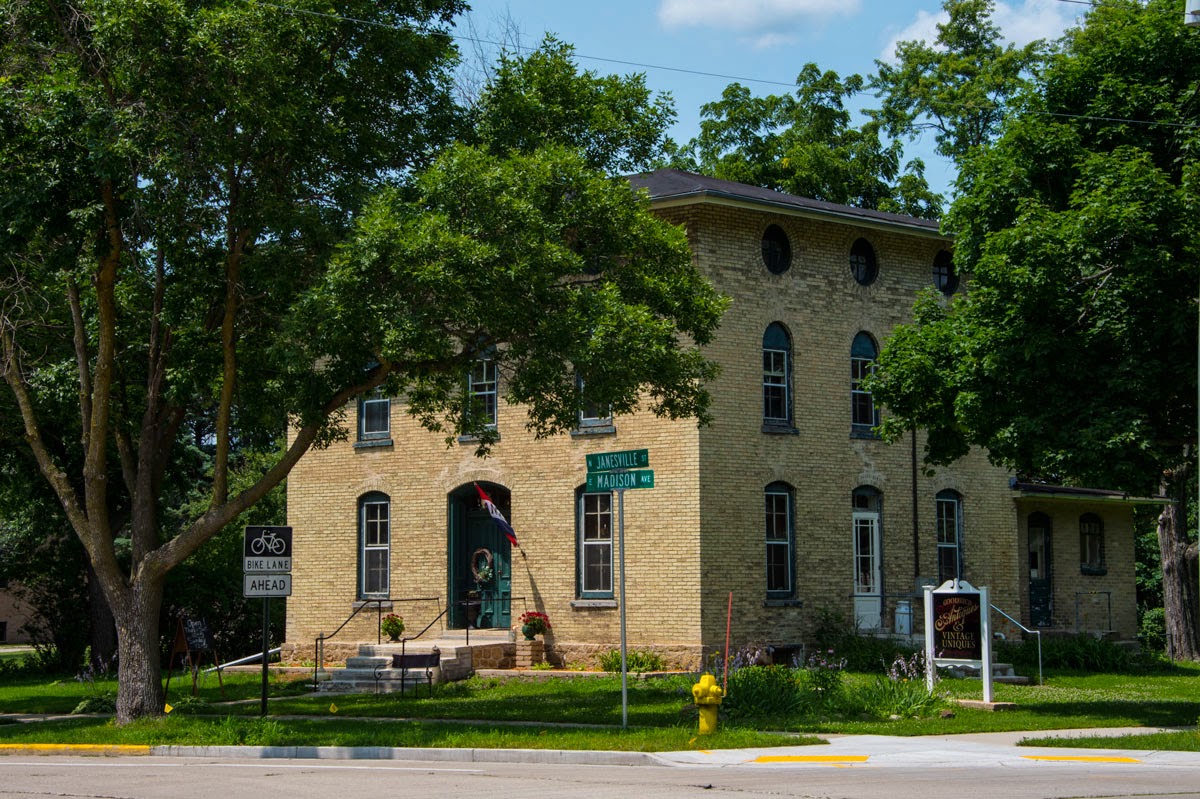 It is an amazing house, with all the original doors and windows, along with this beautiful window in the side door.  The house was recently purchased, with the approval of the Historical Society.  I'm hoping they refurnish it to it's original glory, but at this point, it's not going to happen without some money and a lot of hard work!! 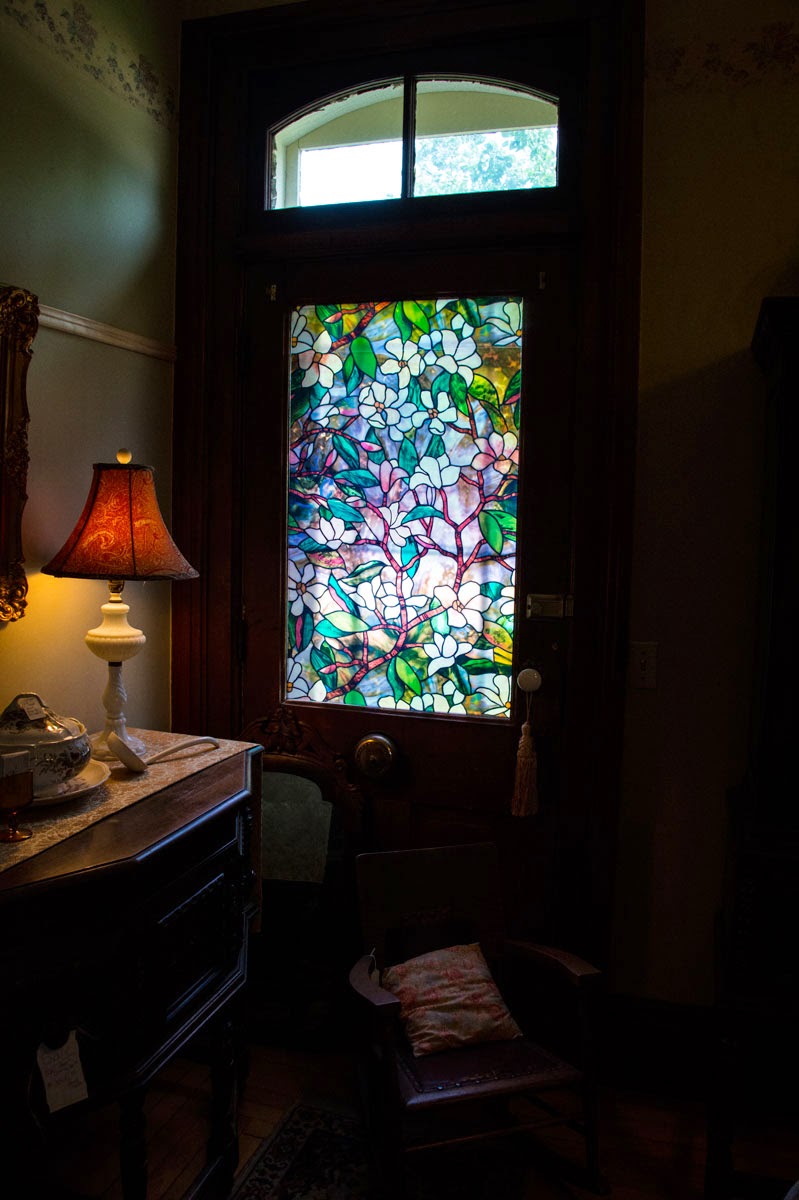 Of course this being an antique store, I had to check out every single item ... and I found a treasure.  A useable one too, unlike most of my purchases!!!  This Griswold #5 cast iron skillet is one I've been looking for everywhere I go, and it's in amazing condition, for a measly $35.  This same skillet usually sells for $200.  It will be a GREAT addition to my rigs cookware!! 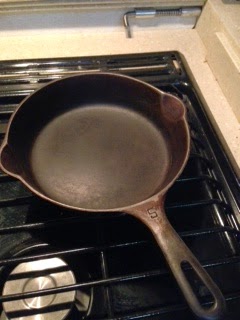 While cruising the internet, Barbara found a dinner club in town called The Armory, which it really was at one time ... and last night was free Jazz Night with Eddie B Jazz.  This place is huge and totally set up for music and comedy performances.  We ordered some wine and appetizers ... buffalo wings, nachos and coconut shrimp ... and sat back to listen to a great band with an amazing singer.  Wow did she have some pipes for a 50 year old!!  I thought we must have been in Chicago ... which I think is where she's from.  Tonight is comedy night and that might just be good for a laugh or two!!