Beer, The Big Muddy and Fireworks!!!

Happy Fourth of July!!!  I hope everyone celebrates our great country today by thanking a Vet and being safe.  Can you believe I'm spending the fourth of July in St Louis???  And what better way to celebrate than to start one day early with beer.  The problem here is that I don't drink beer.  I apologize to all my beer-drinking friends, but it's just not my taste.  That however, certainly didn't keep us from visiting one of the largest beer makers in the country ... the Anheuser-Busch facility in St Louis Missouri. 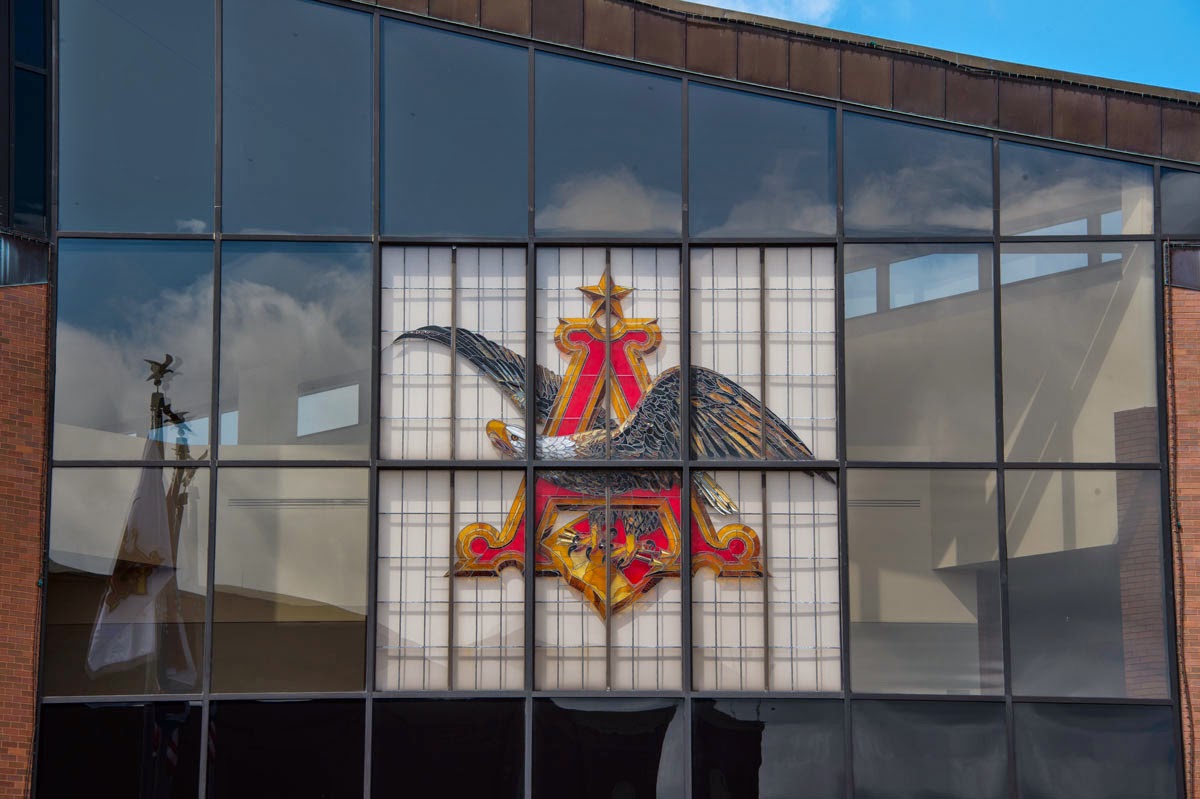 What a spectacular place ... I just couldn't believe the buildings.  Most are amazing works of art, built in the late 1800's.  They are so huge, you just can't get a good perspective ... or a straight image!!  Mr. Anheuser brought Mr. Busch into the picture, and of course married him off to his daughter ... it was a good deal for Mr. Busch, since daddy-in-law passed shortly after, leaving him everything. 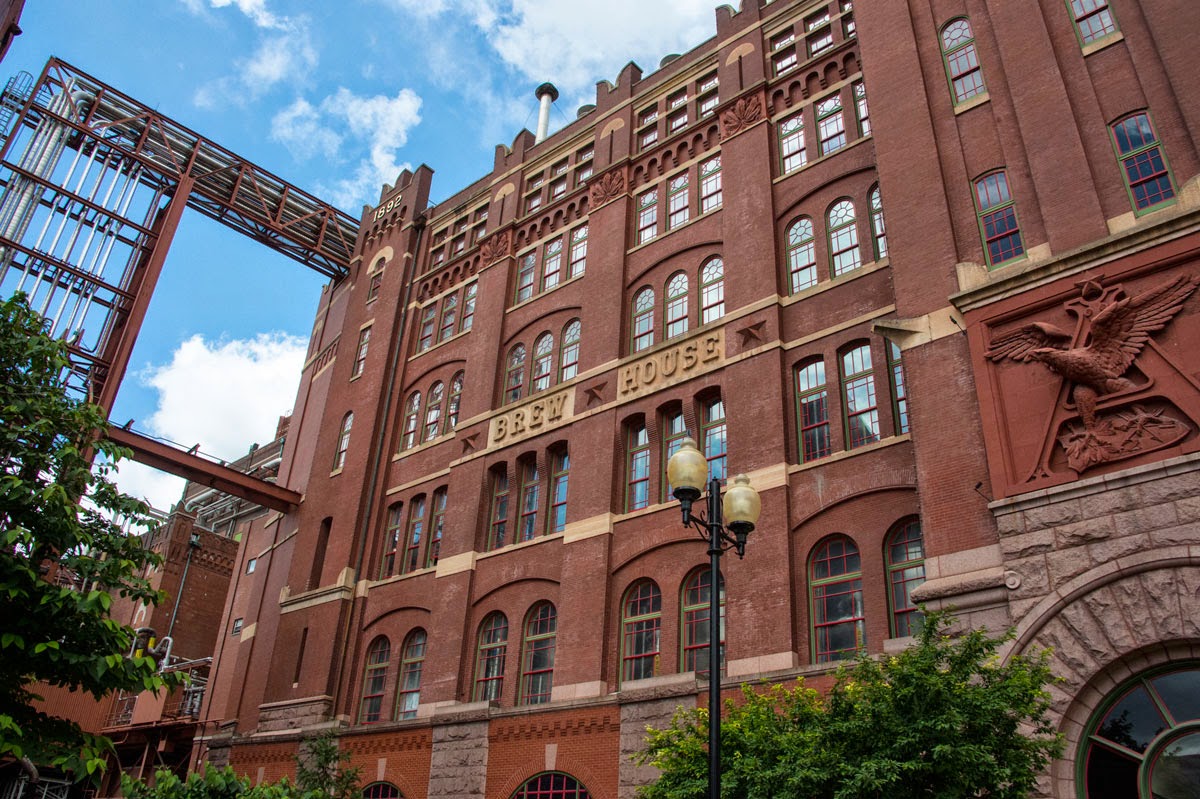 I know you've heard of the Clydesdales .... what amazing horses when you see them up close.  Most are out on tour, but they always keep a few around the barn for visitors.  Don't worry about the little sign that says Warning Electric Fence.  It's not ... that's just a ruse to keep you from petting the horsie!! 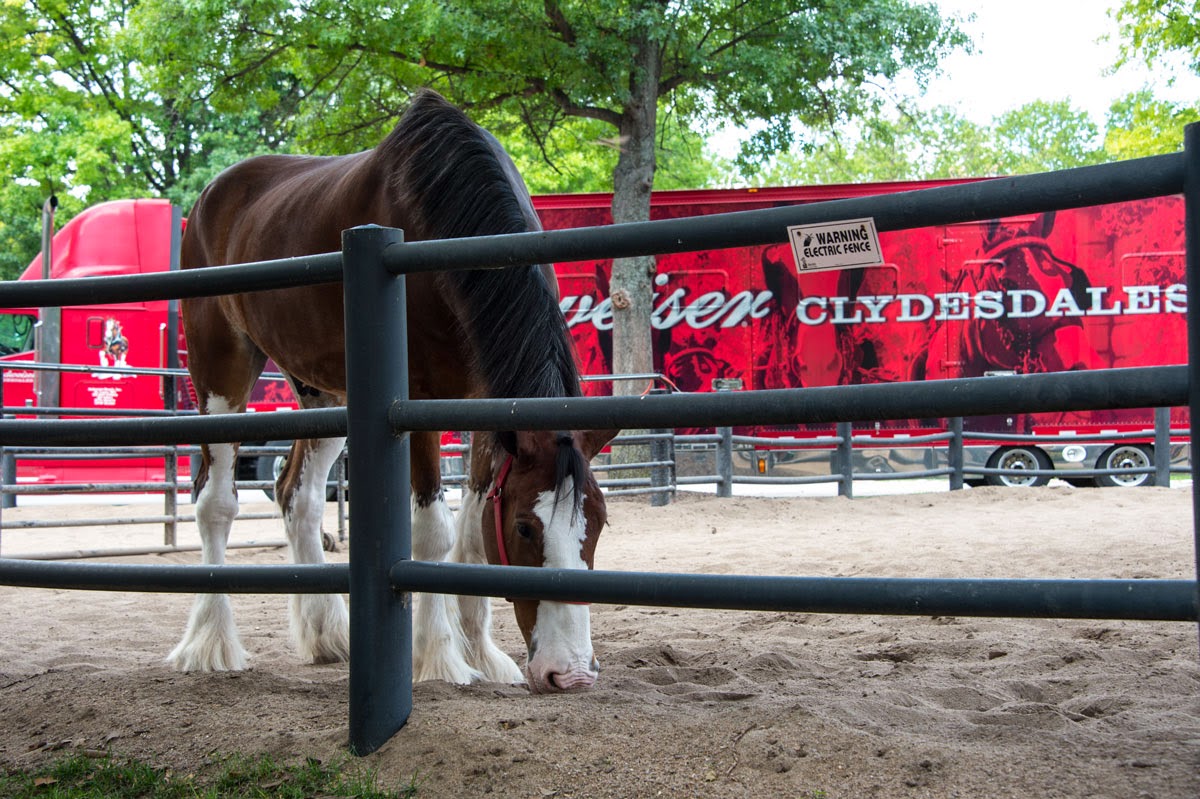 I applaud Mr. Anheuser for his care of the horses by building this beautiful barn in 1885! 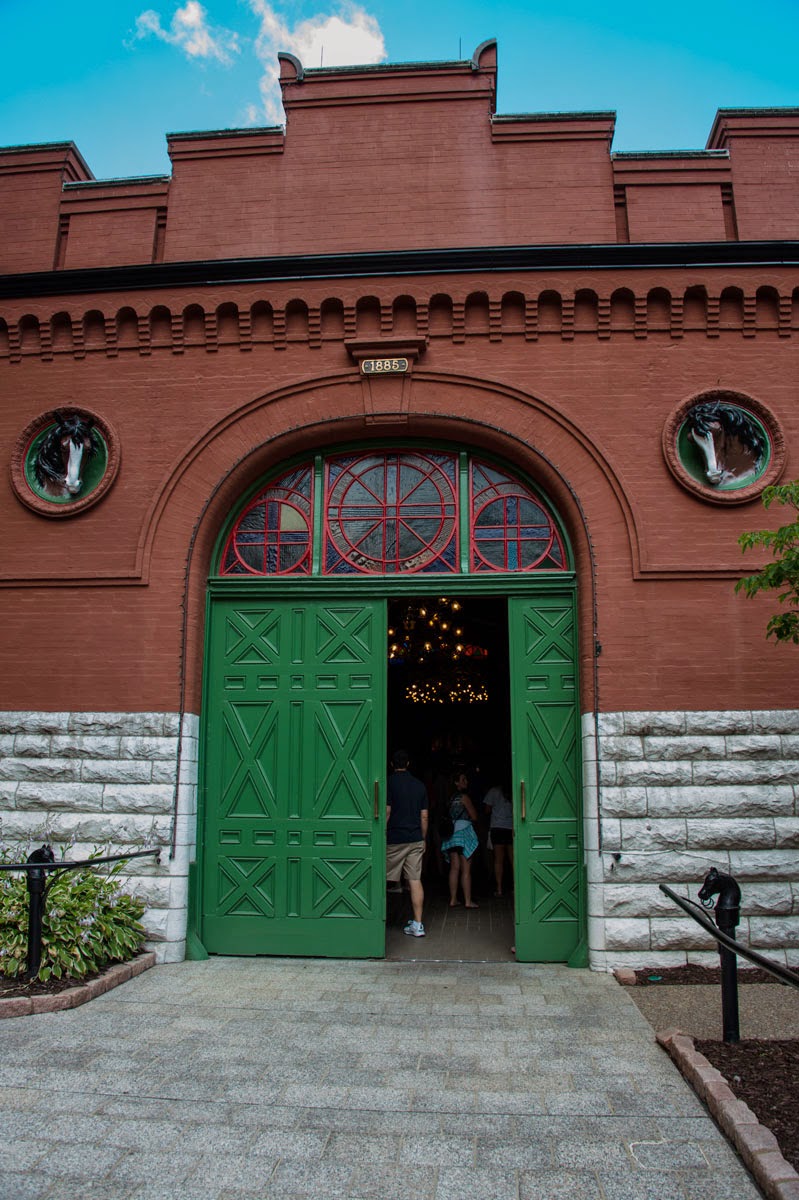 The stained glass windows and chandelier are a little over the top, but nothing but the best for his horses.  I can't even begin to imagine the money this guy had.  I wouldn't even make my HOUSE this fancy!! 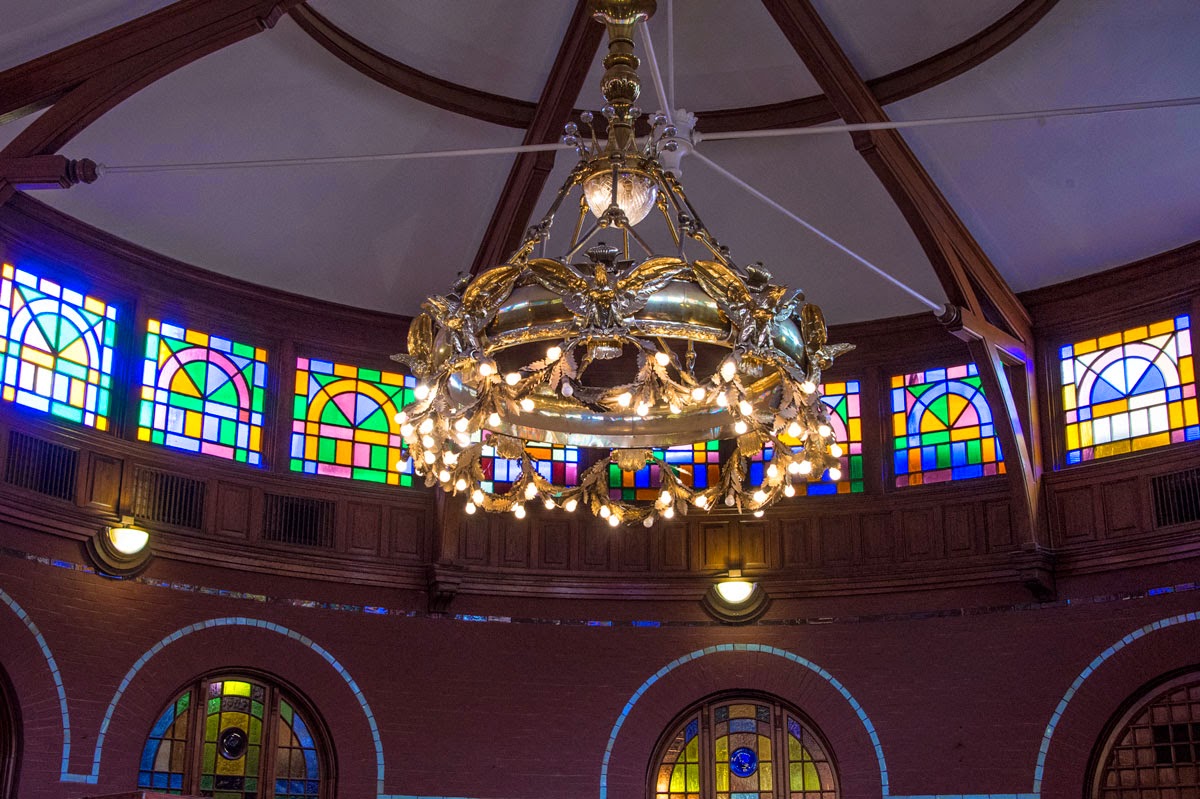 Meet Scott ... although that's probably not his real name.  All of the name plates are from the original horses that lived here.  They say each horse is turned out to the corral for a time and walked an hour a day for exercise.  They do look like they are in GREAT shape! 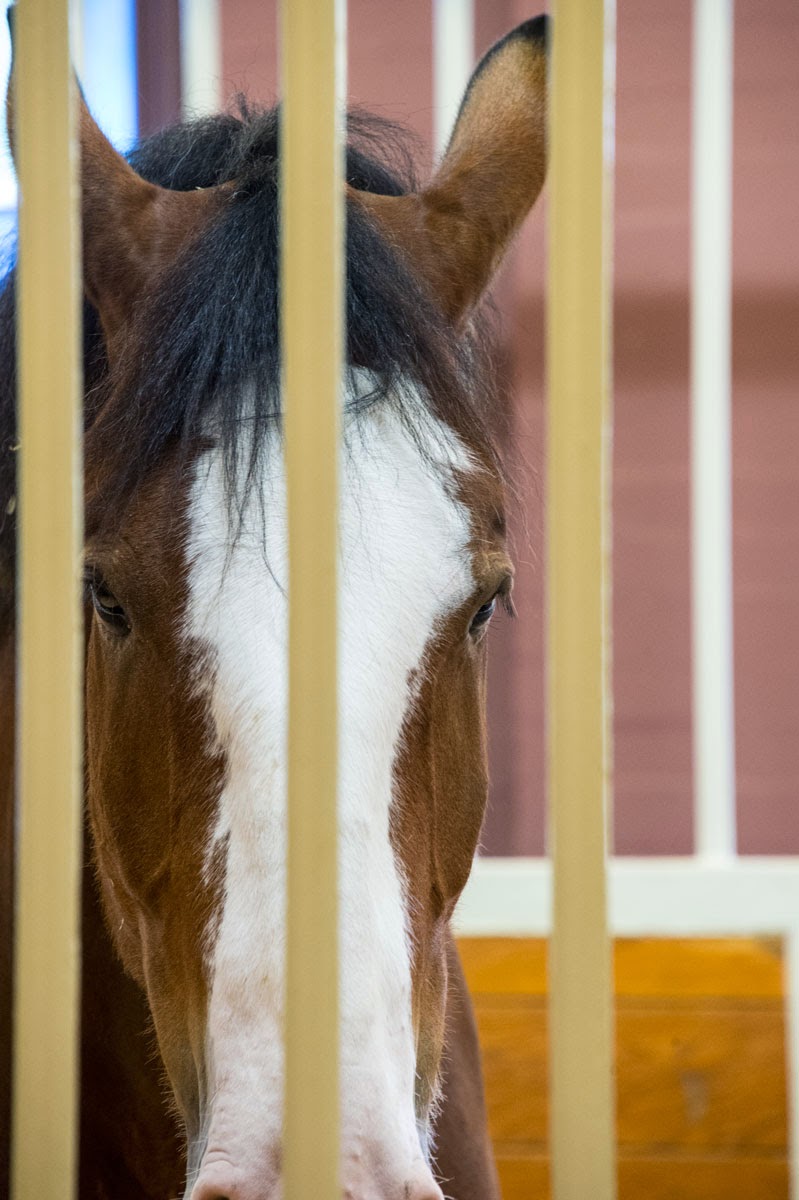 I must say Mr. Anheuser liked fancy dancy surroundings ... this is the room with the mash tanks, where the barley, rice and hops become wort ... before the yeast is added.  Someone spends a lot of time cleaning around here ... this room was spotless!!! 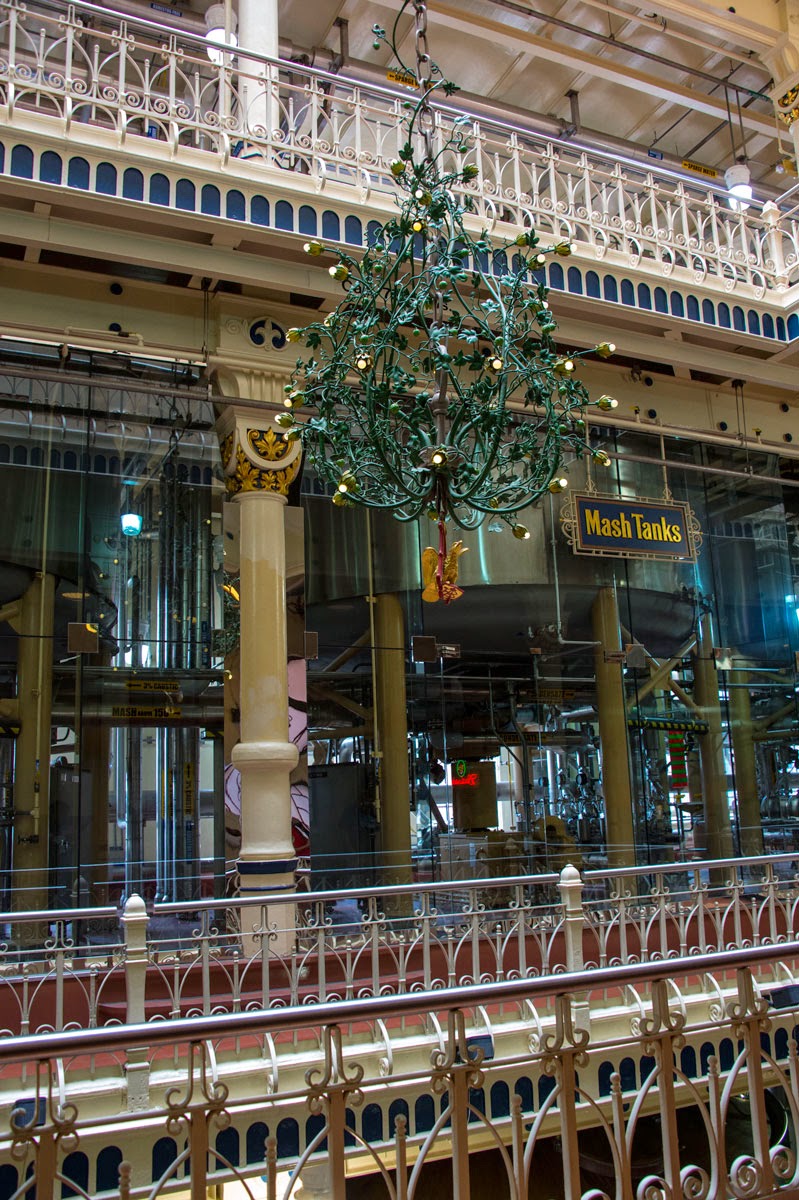 The tour was short, but free, and we got to talk to several of the guides ... mostly college girls hoping to work their way up the ranks to Master Brewer ... or at least a well-paying full time job!!  None of the dalmations were available ... also out on tour ... so I took a picture of a picture.  I know you all are asking the one question ... how much free beer did we get!  Near the beginning, most everyone got a small glass of Bud Light ... I declined.  At the END of the tour, if you didn't lose your ticket, you got a full glass of whatever was on tap.  Barbara asked what they would recommend for a non-drinker and received Shock Top Honeycrisp Apple Wheat beer (least I think that's what it was) ... a sweet beer that tasted exactly like apples ... until you got that beer aftertaste!!  Not bad however ... not bad at all!! 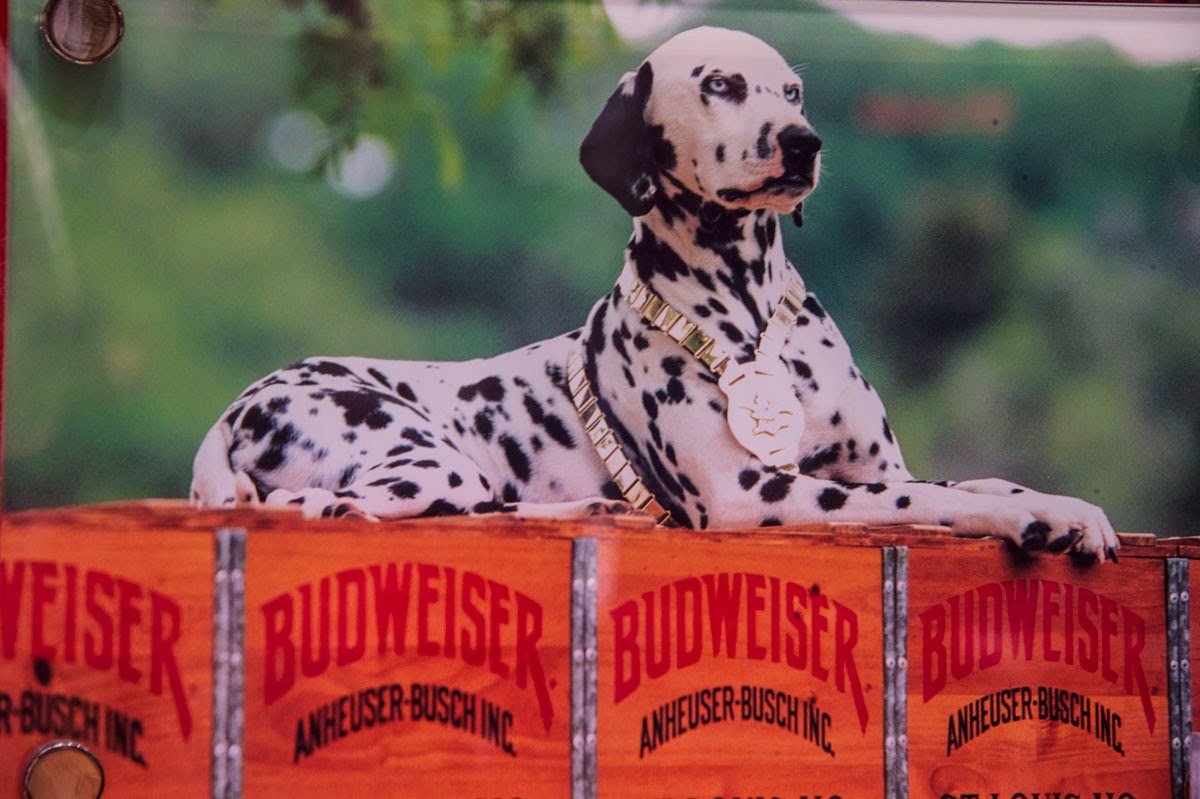 After a quick lunch and checking on the puppies for the heat factor, since I'm dry camping due to the ever present electrical problems, we took off for Alton Illinois ... just across the big muddy ... Mississippi that is ... long, wide, dirty and full of trees floating with the current since the recent flooding up north.  While relaxing in our chairs, the Queen of the Mississippi paddled by.  Built to replicate the old paddle wheels of yore, it's actually a cruise liner, built in 2012 to transport tourists from New Orleans as far as the river travels.  Watch out for those trees stuck in the mud ... that's what got the Arabia in trouble!! 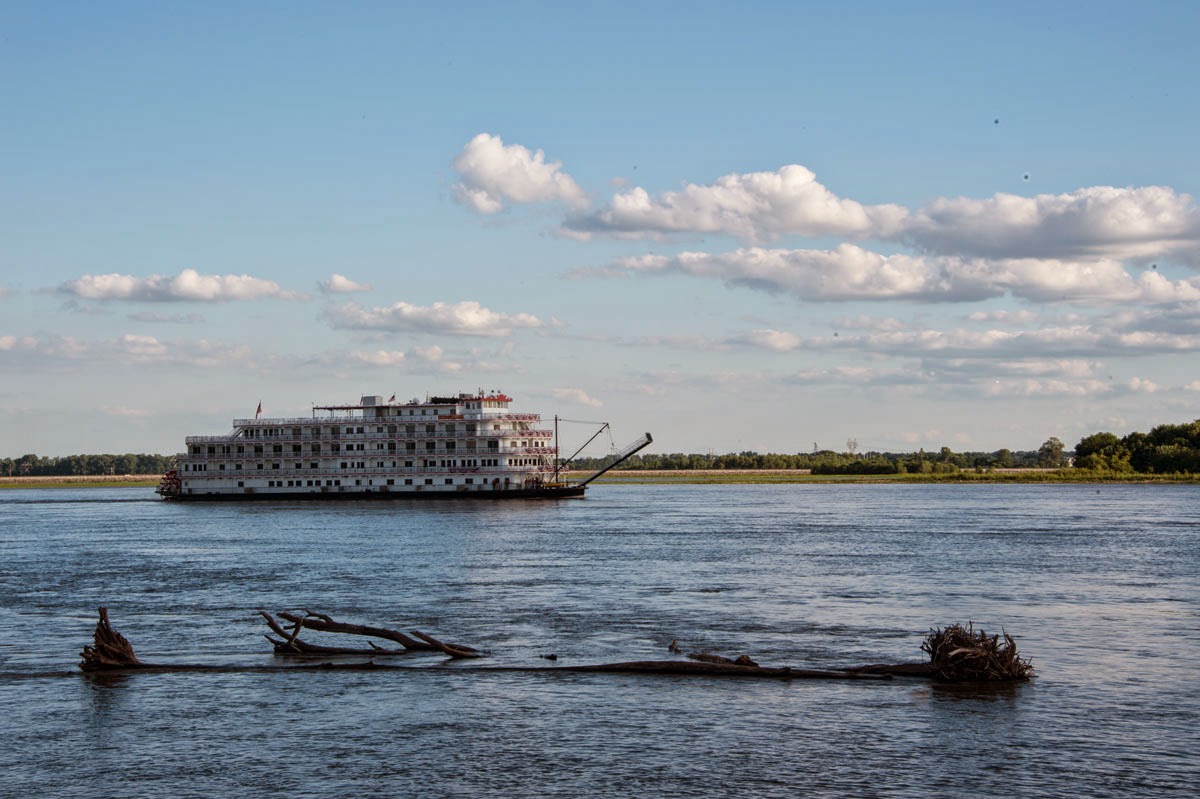 Just down the riverbank are a set of locks used to move ships and barges up the river.  There were two tugboats pushing on these 8 or 9 barges, locking them together for their trip to an unknown destination.  At the nearby museum, you can play ship captain and pretend to move barges to New Orleans.  Barbara says she and Tom failed at every attempt.  I think it's not as easy as it looks!! 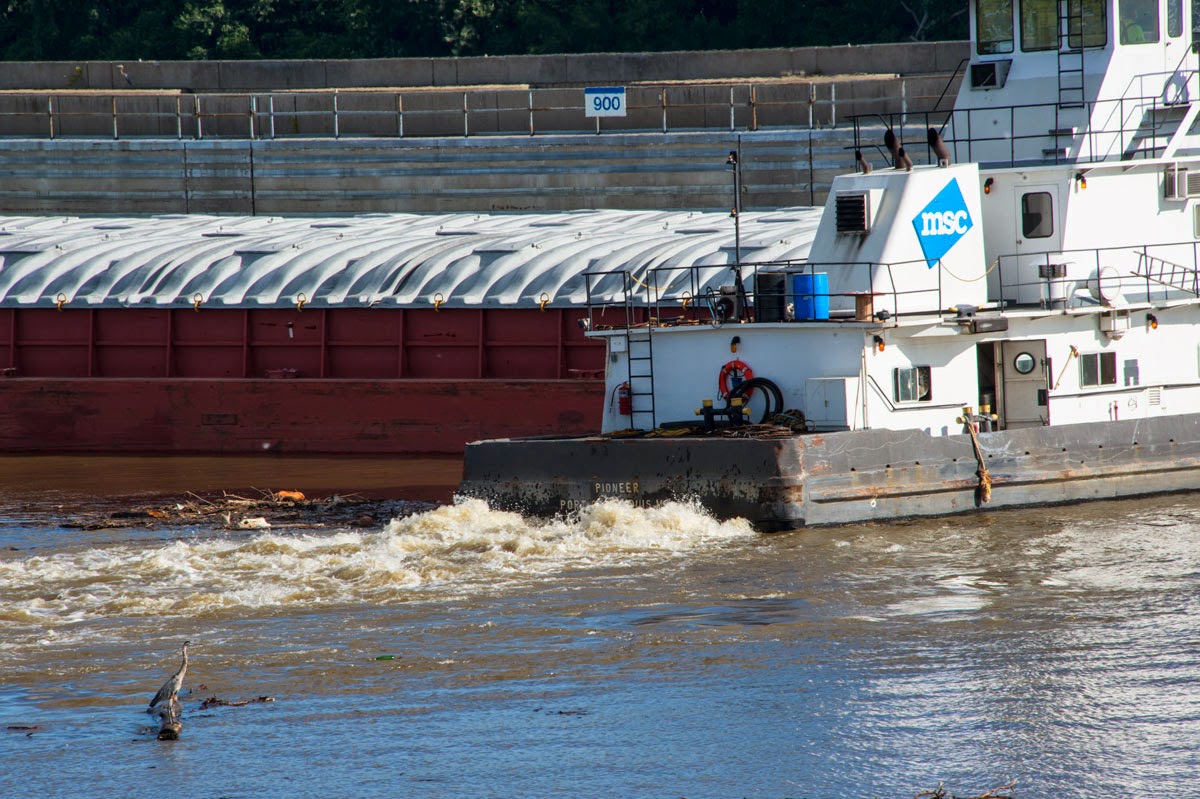 As the sun started to set in the sky, people began to line up on the Corps of Engineers flood levee behind us.  The favorite activity of the kids??  Try to see who can throw the most rocks into the river, thereby denuding the banks of the very things keeping their town from flooding.  Whoever throws the biggest rock in the water, WINS!!! 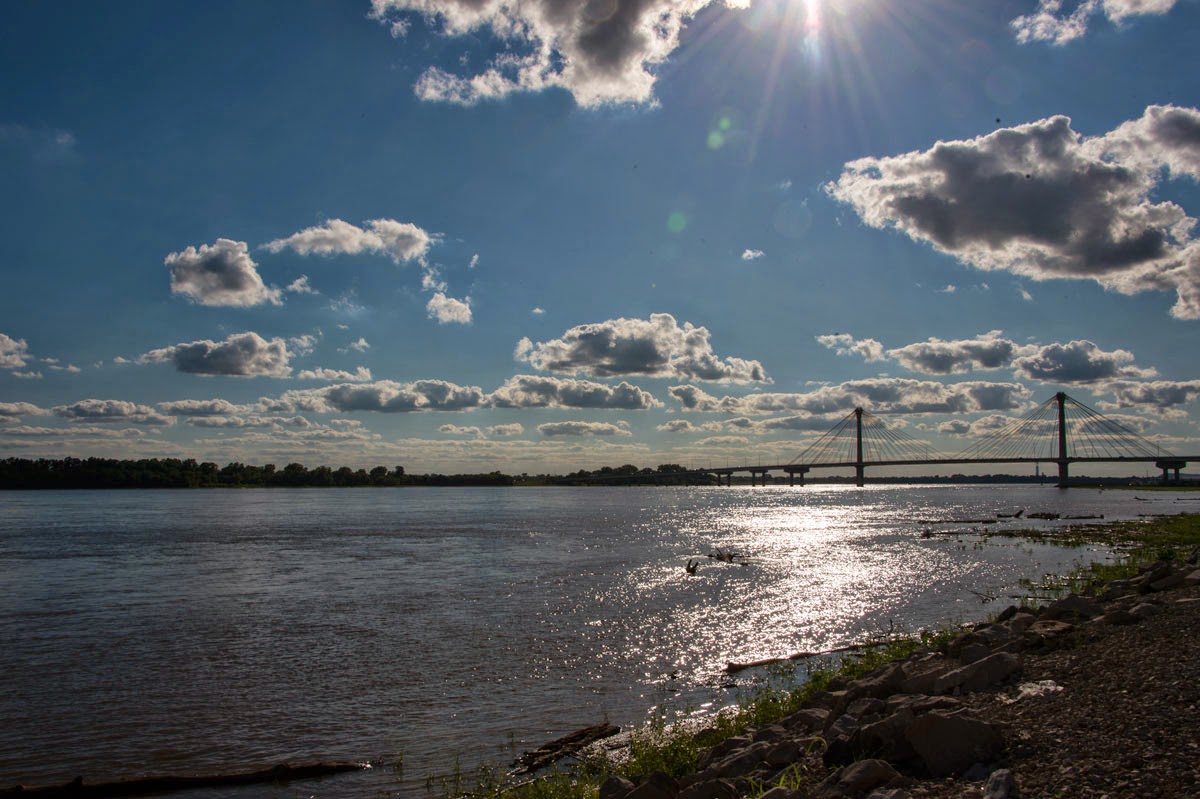 Tension mounted as the sun set!!  By now there are hundreds of us waiting ... and waiting ... for the first flash of the Alton Fireworks Show, to be blasted from the small island to the left of the bridge!! 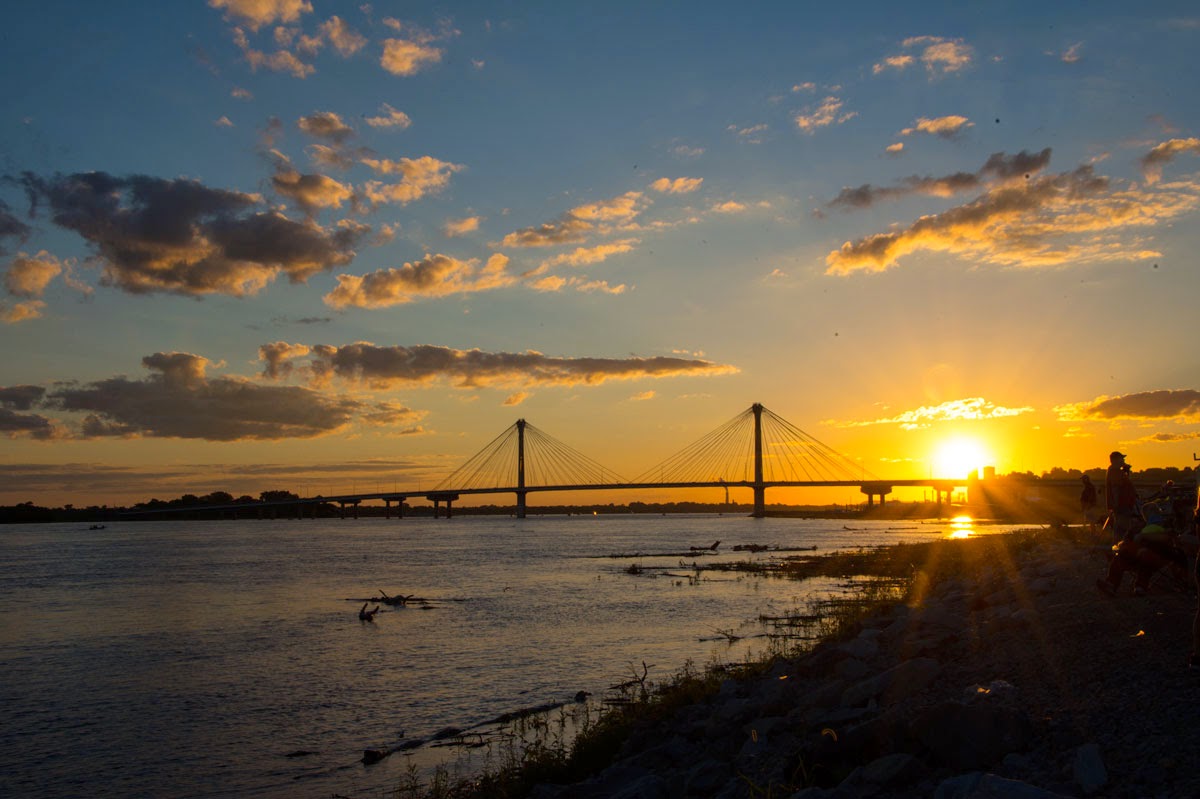 HAPPY THIRD OF JULY ... yesterday!!!  As I mentioned previously, people are serious about their fireworks around here!!  There is a show practically every night for a week, not to mention the fireworks show being played out behind the car parked next to us!! 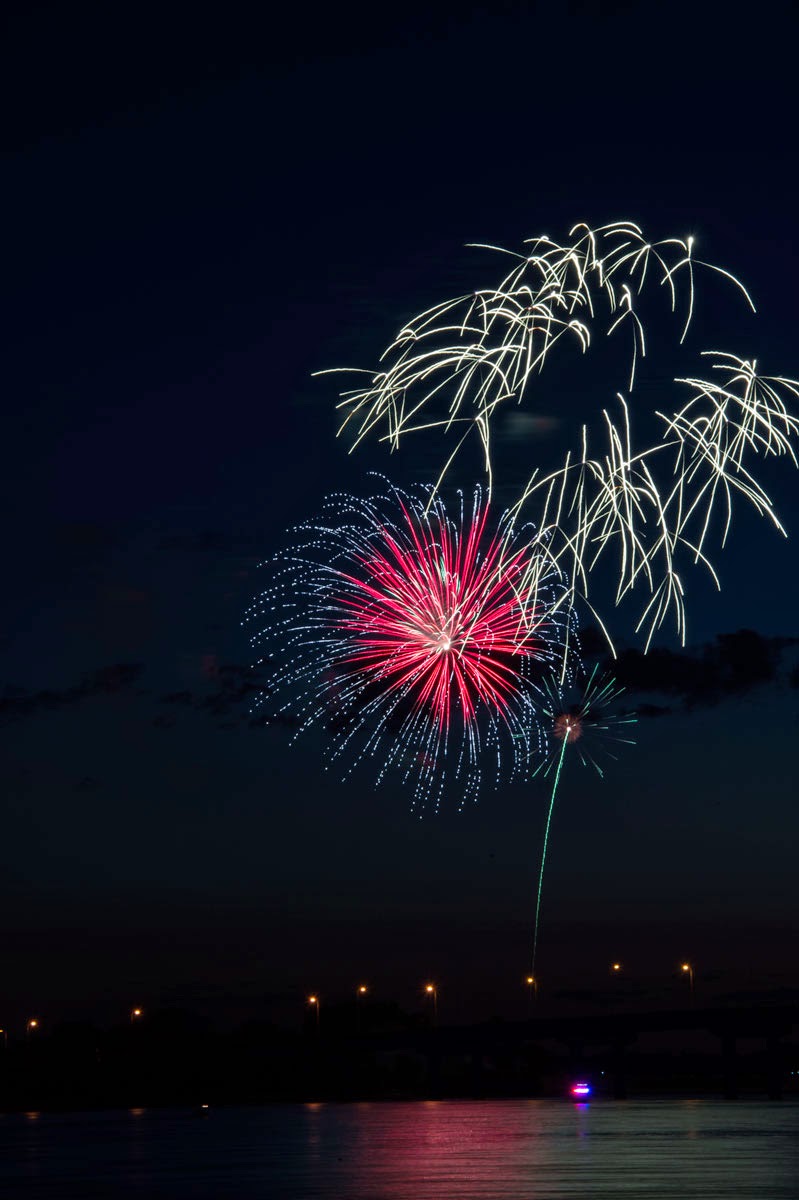 This was my first time capturing fireworks with my camera.  Timing is everything and each one goes off at a different time and place than you expect!! 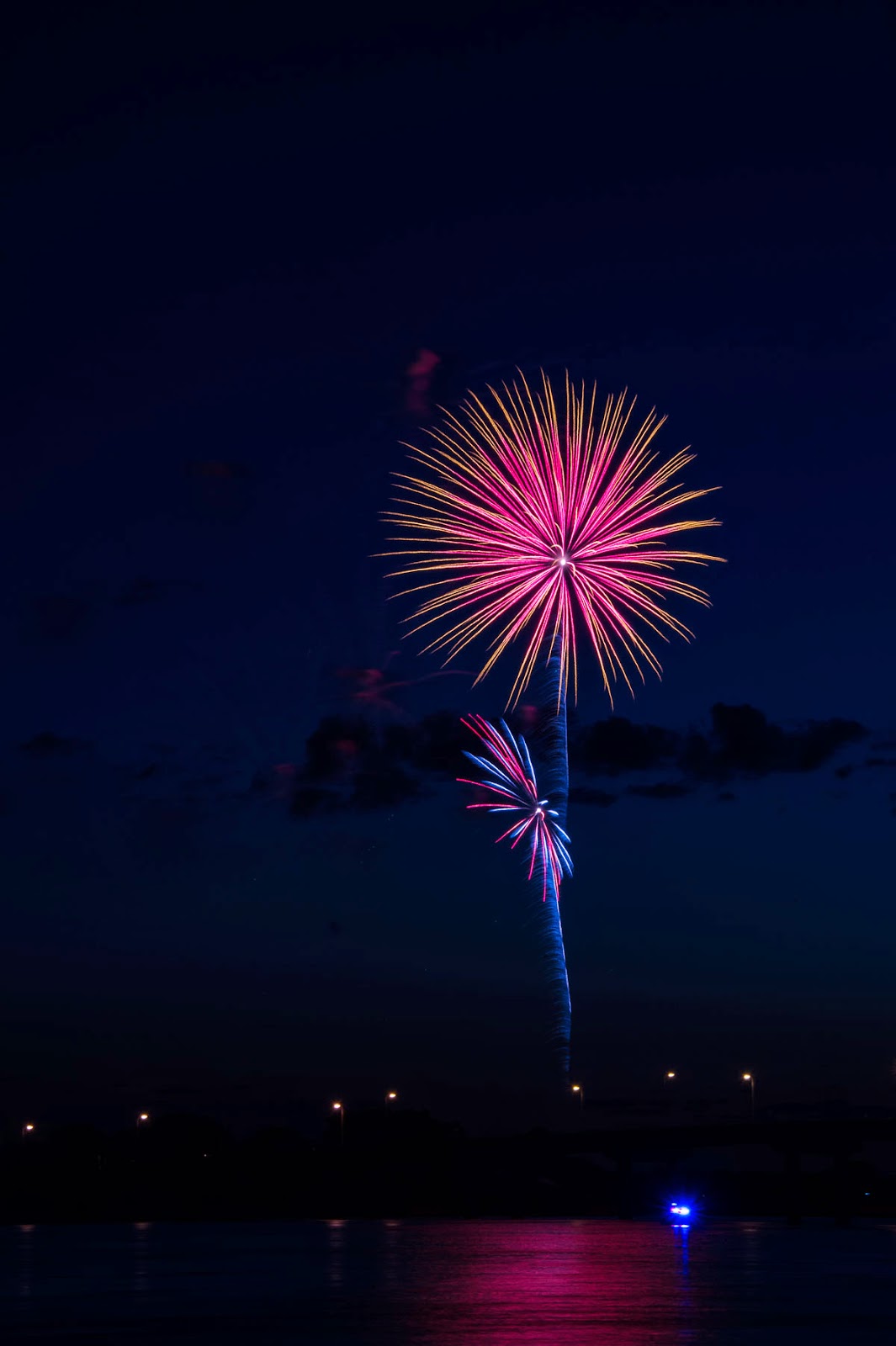 Next time I'll bring the longer lens for closer shots ... hey ... that will be tonight at the SECOND fireworks show!! 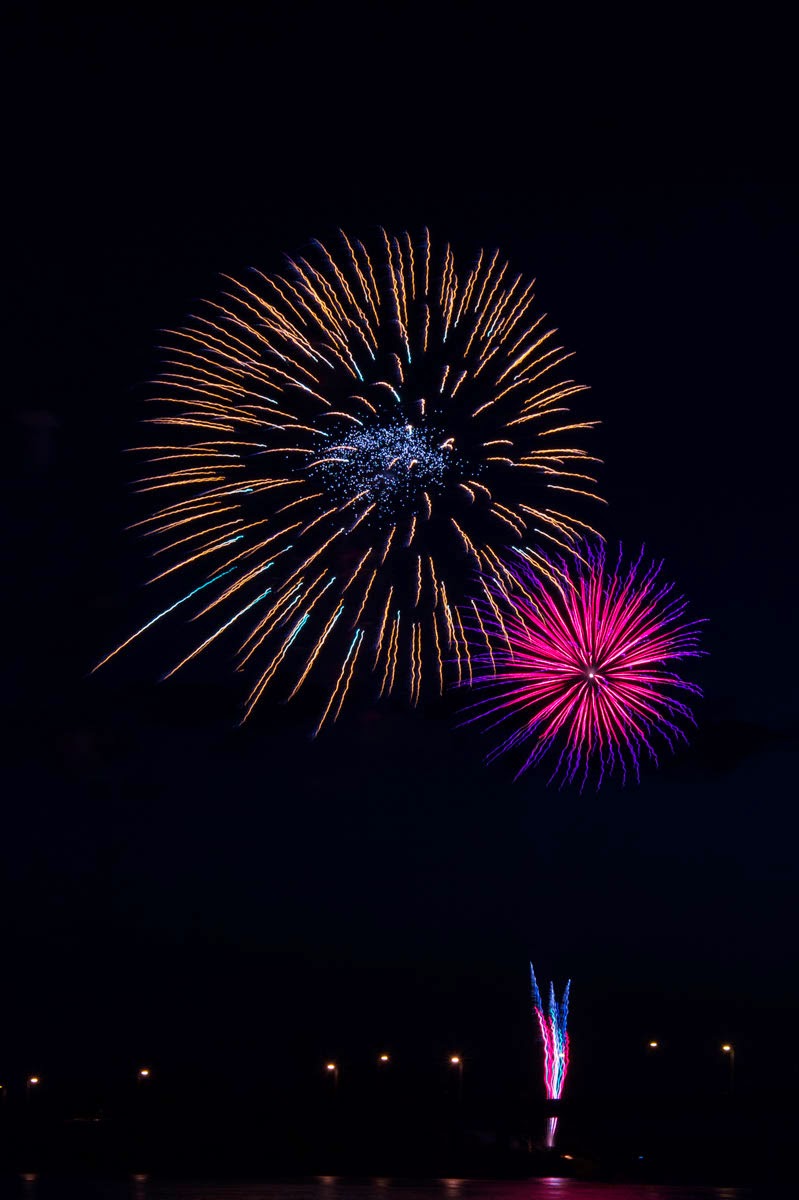 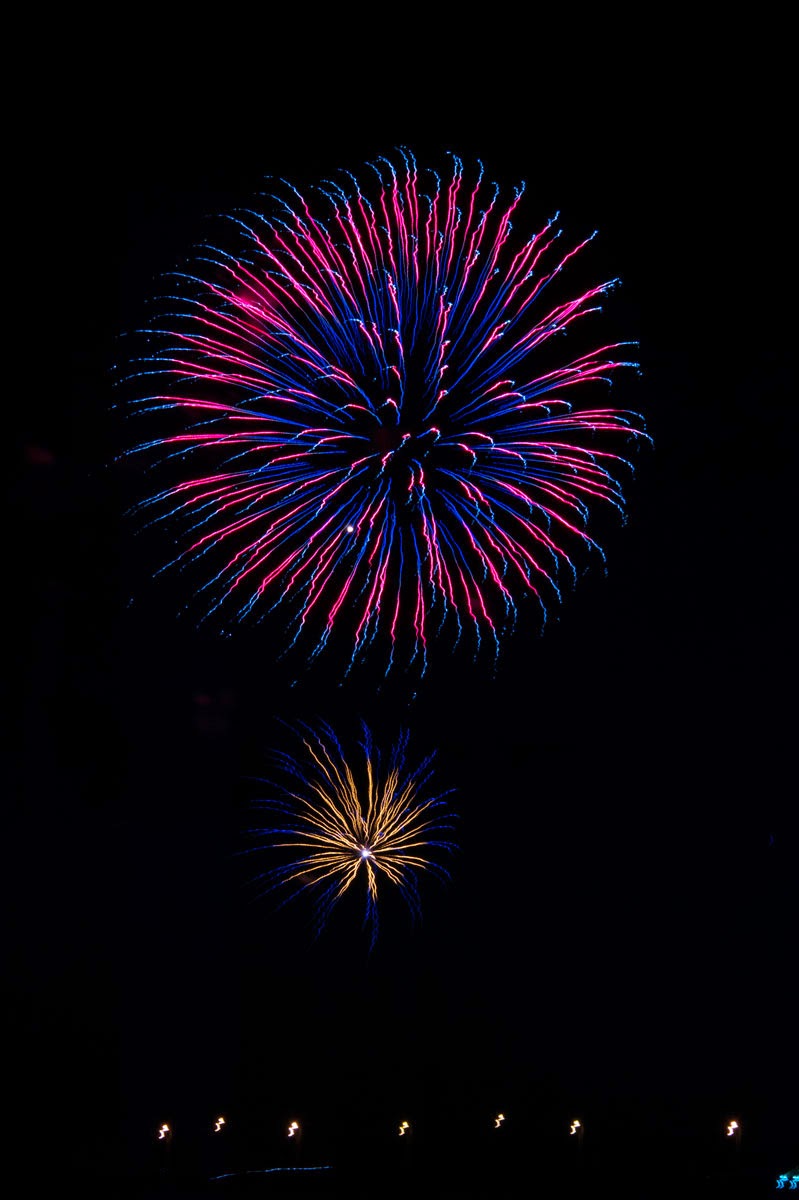 Most of them even came out with fireworks in the middle!!!  YAY!! 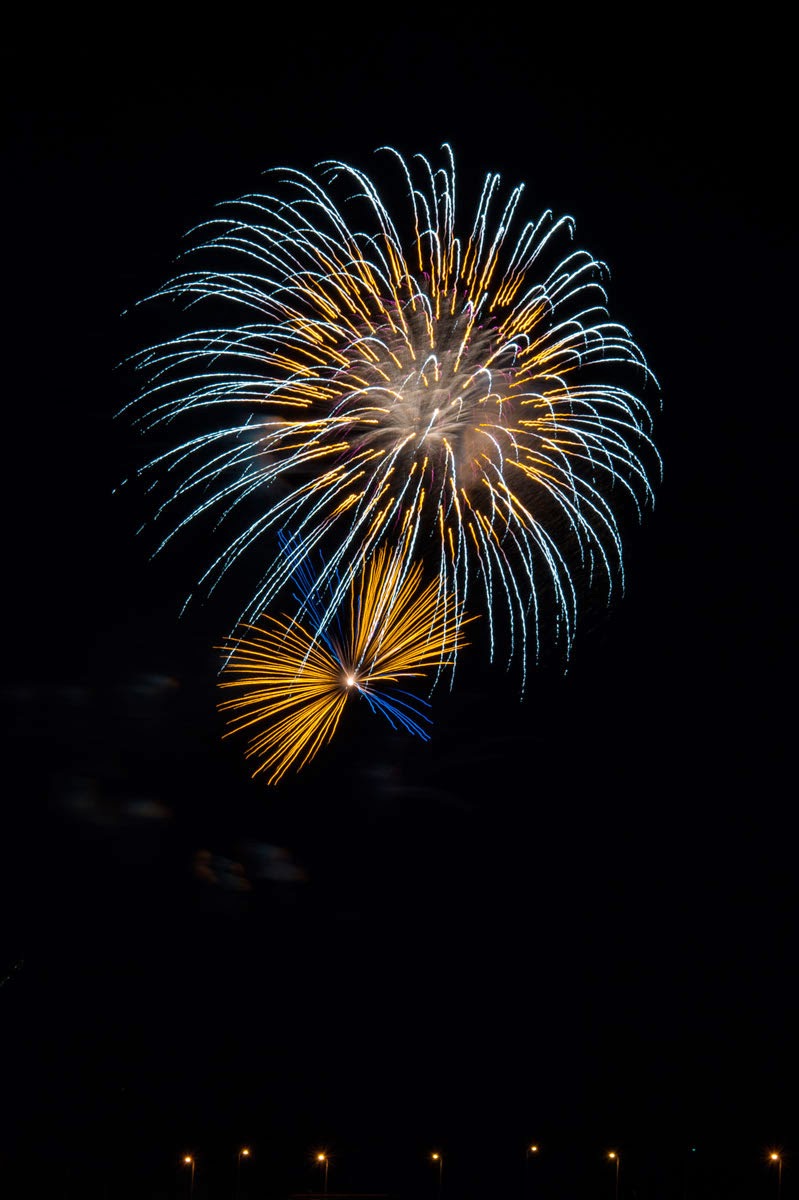 It was a GREAT day in St. Louis, and again I can't thank Barbara and Tom enough for letting me see the U.S.A. in my Chevrolet ... or my Phaeton as the case may be. One last big blast and the show was over.  Time to sit in the parking lot of cars waiting to get out through the floodgates in the levee and navigate the terrible freeways and highways of St Louis. 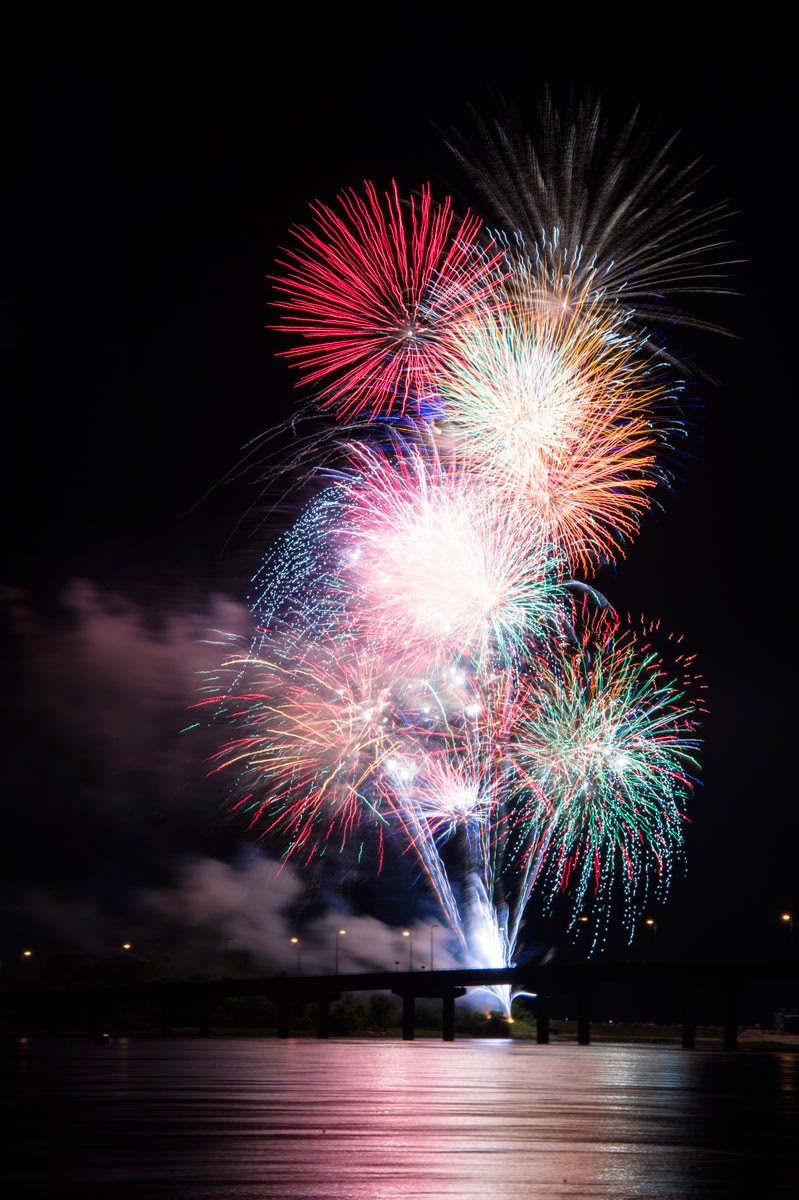 No kidding ... the freeway signs here have as many as ten highway numbers and destinations on them, so you never really know if you are going the right way ... even with GPS.  Once out of St. Louis proper, we easily found our way home to our rigs.  Yawn ... it was a short night for me ... Cooper always thinks I should get started on the blog early!!

Posted by Nancy Kissack at 6:24 AM