What an exciting day July 4th was!!  I was ducking and running as fireworks exploded all around us ... most of the day!!!  Honestly I thought they were either gunshots or the mine next door setting off some M-80's ... it was way too close and VERY LOUD!!!

Our first stop was back up North toward Alton ... Wood River to be exact ... where Lewis and Clark camped while getting ready to explore the Wild West territory of the Louisiana Purchase.  This picture is at Wood River where they put their boat in, just where it enters the Mississippi, across from where the Missouri also enters the Mississippi.  It was up the Missouri they rowed and poled until they reached the Pacific Coast. 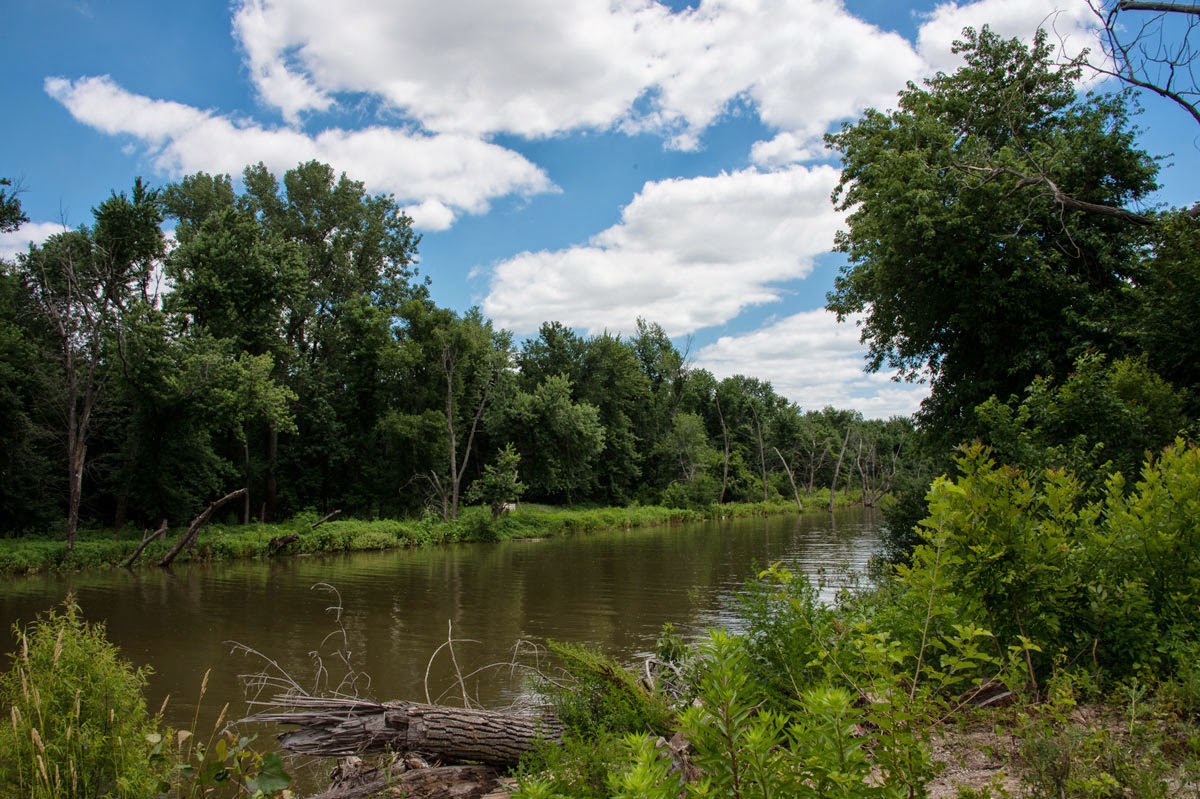 This museum is full of information and journal notes from their trip, including pictures of the gifts they received from the Indians along the way. 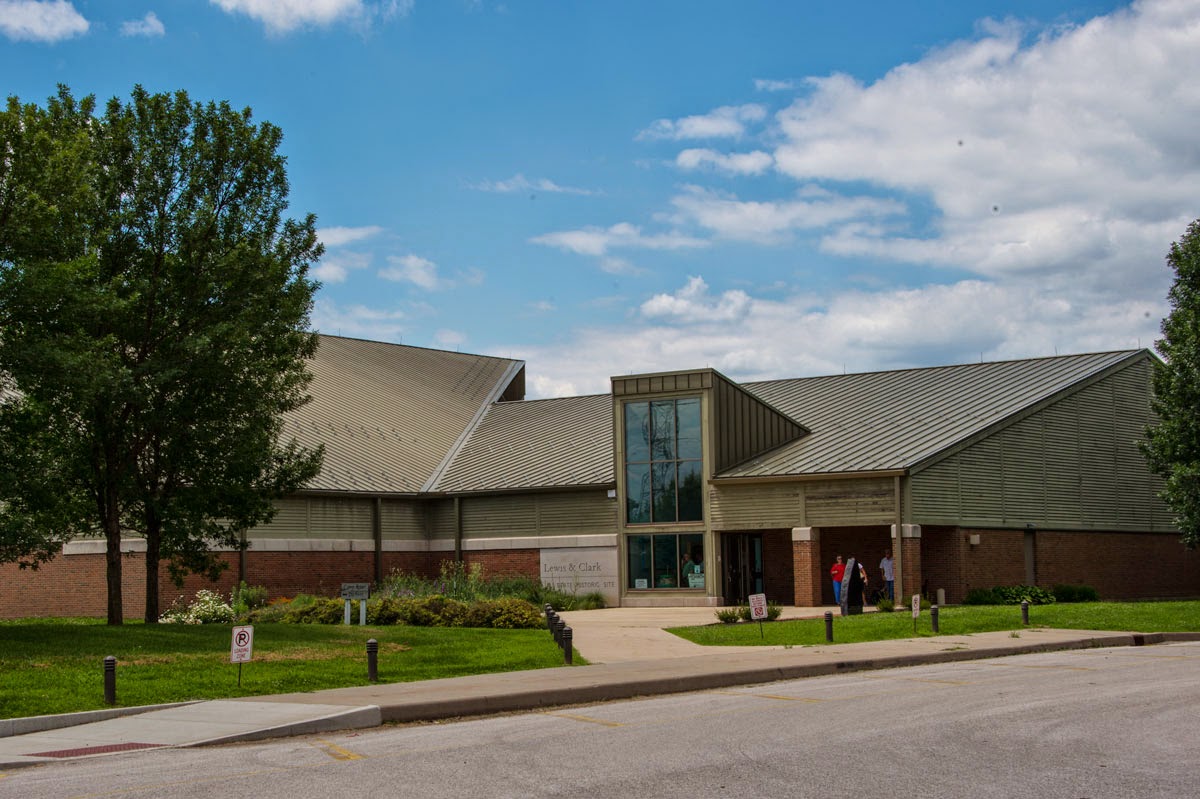 Their keel boat, replicated here from journal drawings shows in great detail how they packed the tons of trade beads, hog lard, lye soap and suip, among other supplies.  That's "soup" to you and me ... Clark was a very inventive speller, many times not spelling one word the same way twice!! 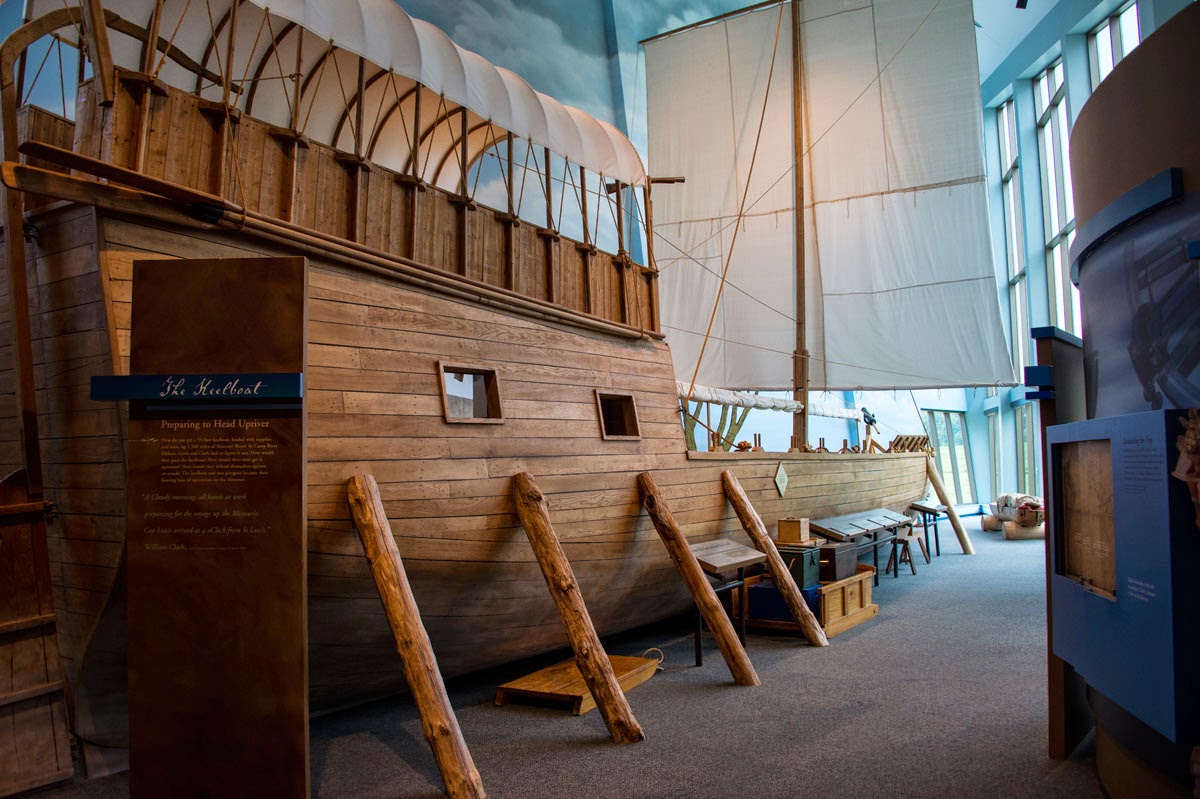 One VERY interesting map that I have never seen before, shows the approximate location of most, if not all, Indian tribes across the U.S.  MANY more than I ever knew!! 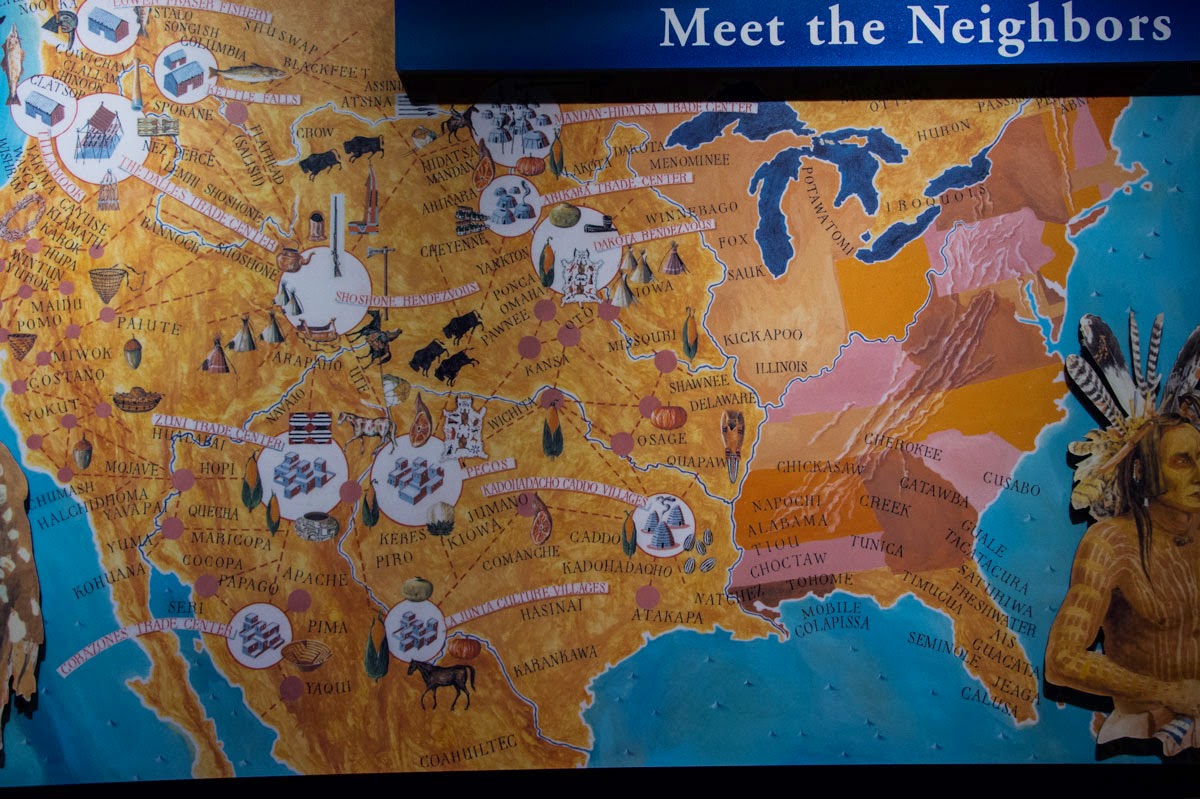 While waiting for the boat, supplies and men, they built a small fort, reconstructed here from drawings.  Of course Lewis and Clark got the best accommodations ... in fact, Lewis stayed with friends further South in Cahokia, as he gathered supplies.  I'm guessing the beds were cleaner and softer there!! 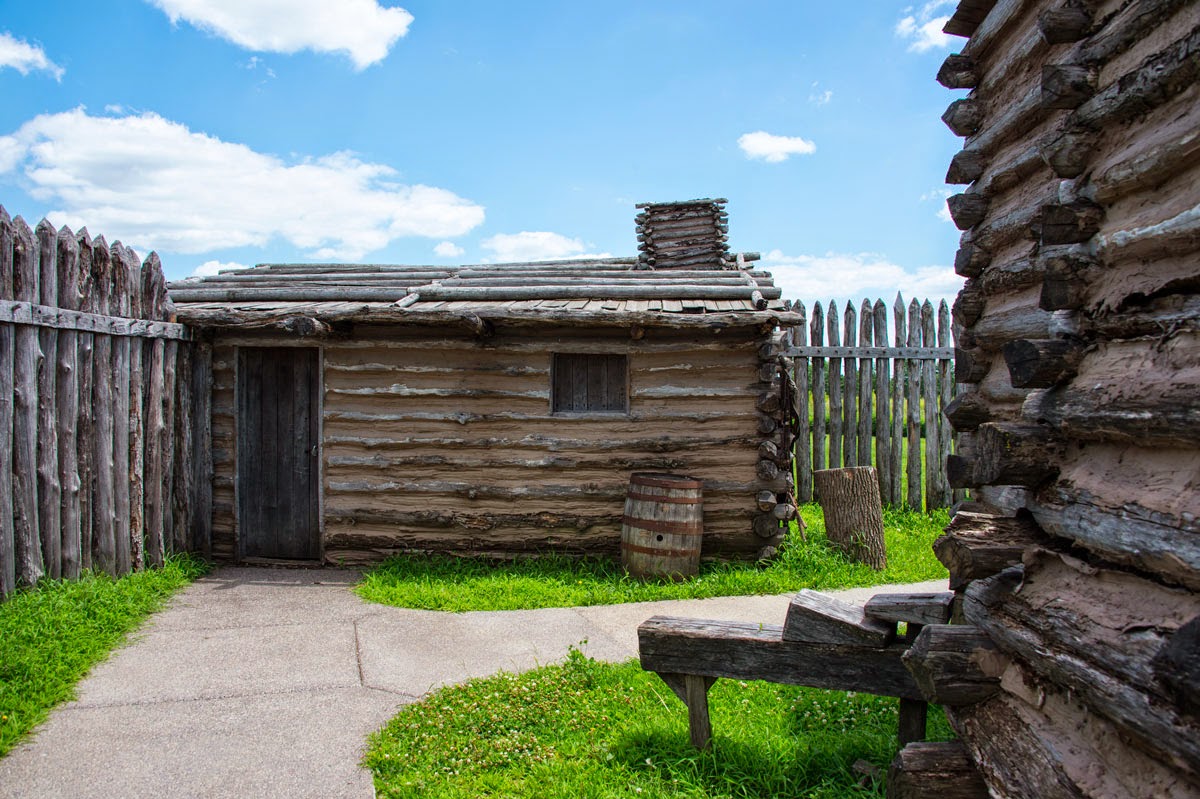 They have docents who occupy the buildings, giving you more in-depth history if you wish.  There is also this Settlor's cabin, a replica of what the early pioneers lived in ... 200 square feet of floor space wasn't much for 10 people.  Yup ... as many as kids as you could possibly have meant you had a built-in work force.  The kids slept in the loft under the rafters!! 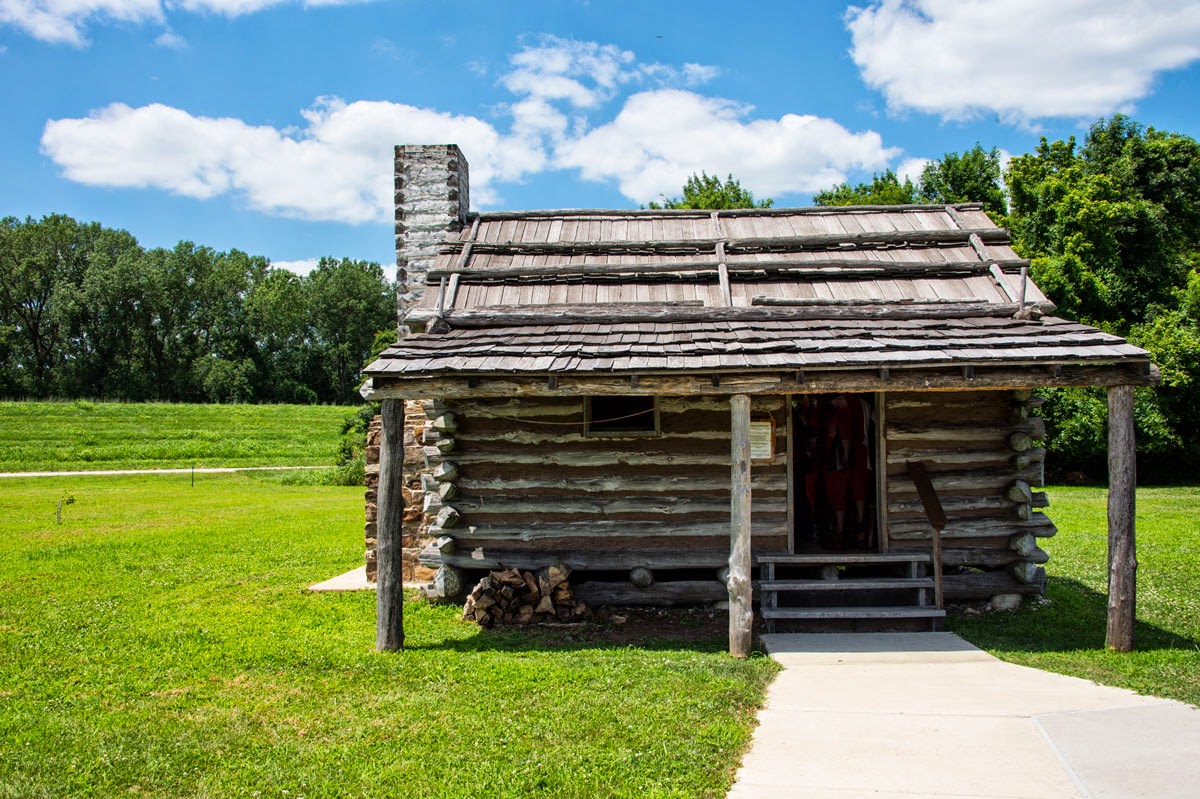 Once in the door, we were met by this beauty!!  What a sweet puppy ... six years old and recently adopted from a horrible puppy mill.  It seems they are rampant in this area of the Midwest.  Terribly matted, but now clean as a whistle and groomed to a "T", she has become very attached to her new Mom ... and goes everywhere to help her adjust to the noises of life. 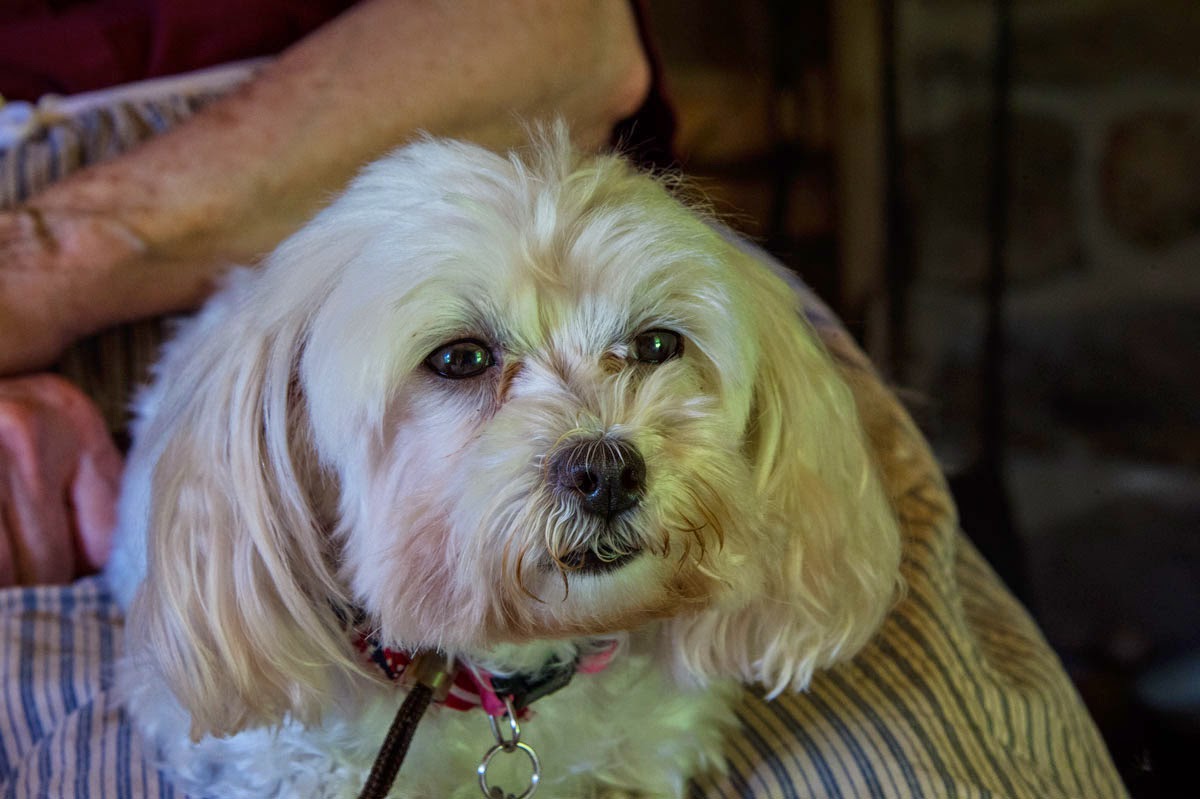 Here's Mom, who gave us lots of information on early settlor life. 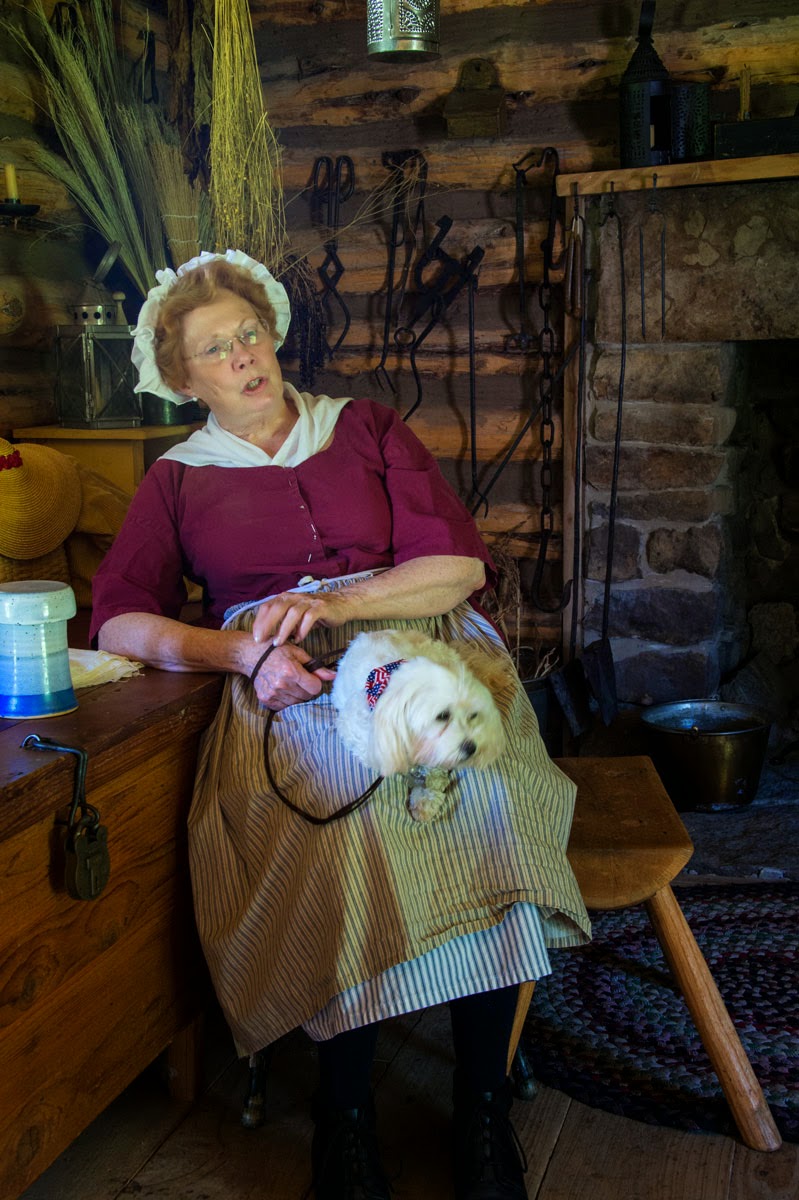 Then it was on to the Tower ... the monument to Lewis and Clark, as well as the confluence of the Missouri and Mississippi Rivers.  For $3.00 you can ride the elevator to the top platform for a view of the countryside. 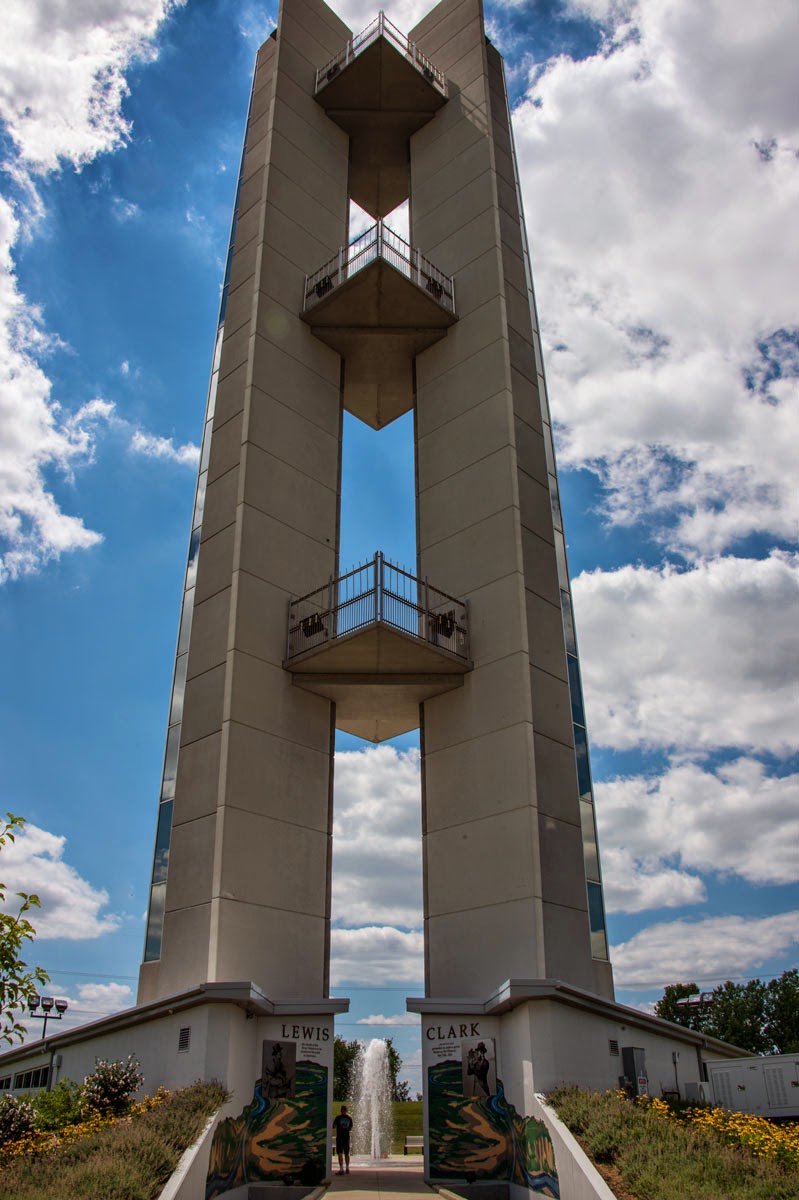 This is the Mississippi River.  On the far side to the left of what looks like an island, is where Lewis and Clark began their amazing journey to California ... where the Missouri meets the Mississippi.  They continued against the current the entire way!!  Using sails, oars and poles, they rowed and pulled themselves along, as they charted the river and kept detailed records of the plant and animal life, as well as the human kind of life. 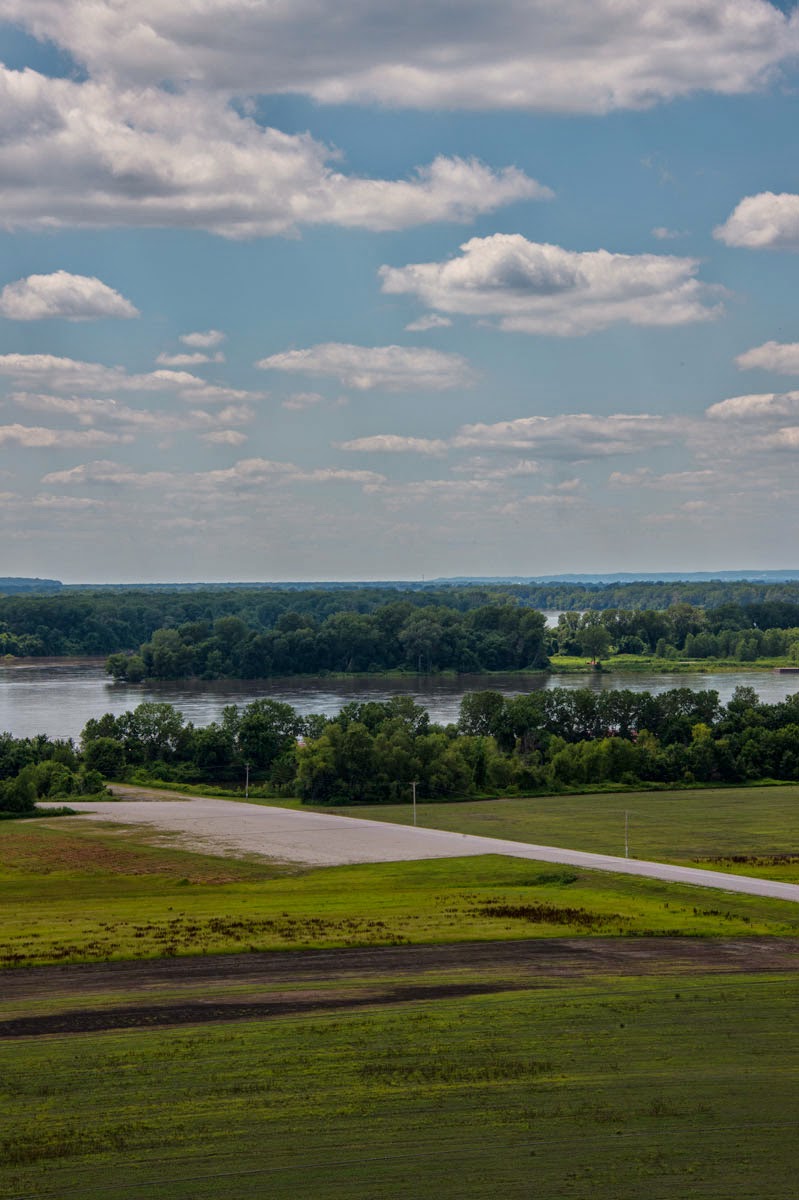 Surrounding the tower are all the medicinal plants they took with them in case of illness.  The only casualty on the entire trip was one guy who died from a ruptured appendix. 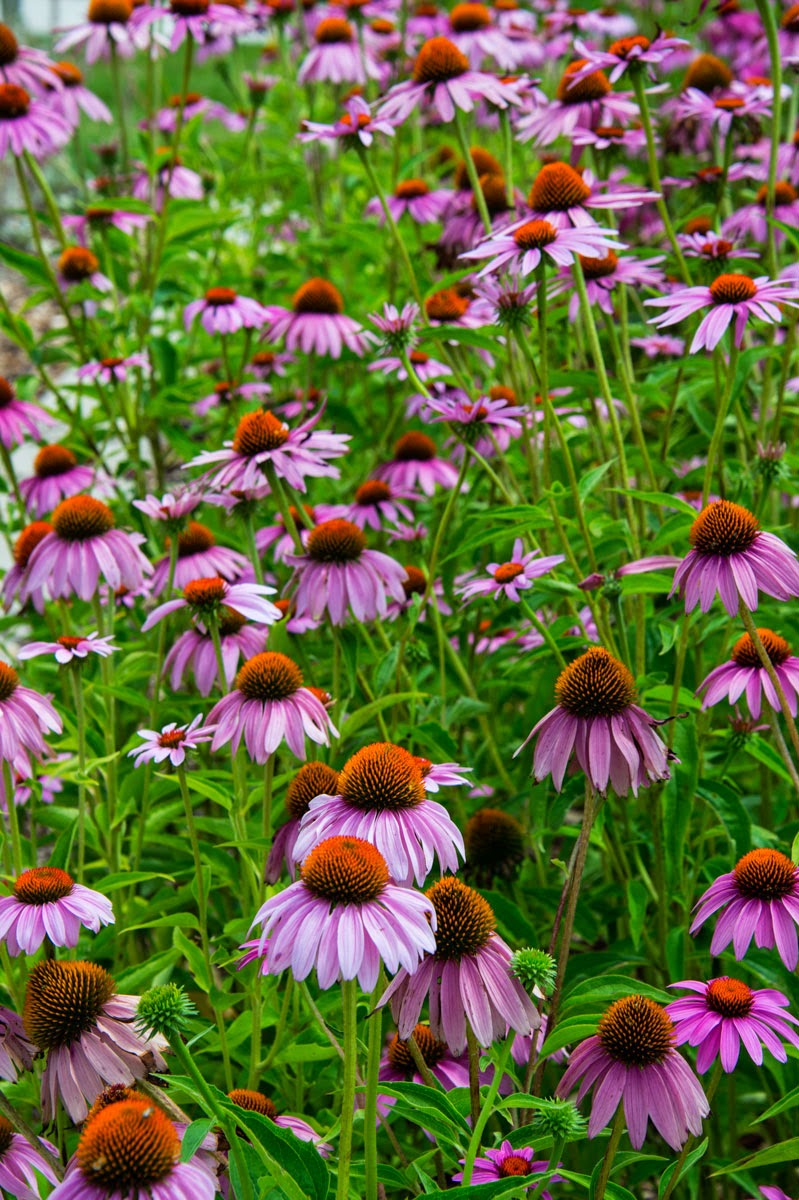 A quick run back to the rigs to check on the puppy heat factor and we were off to .... can you guess where??? 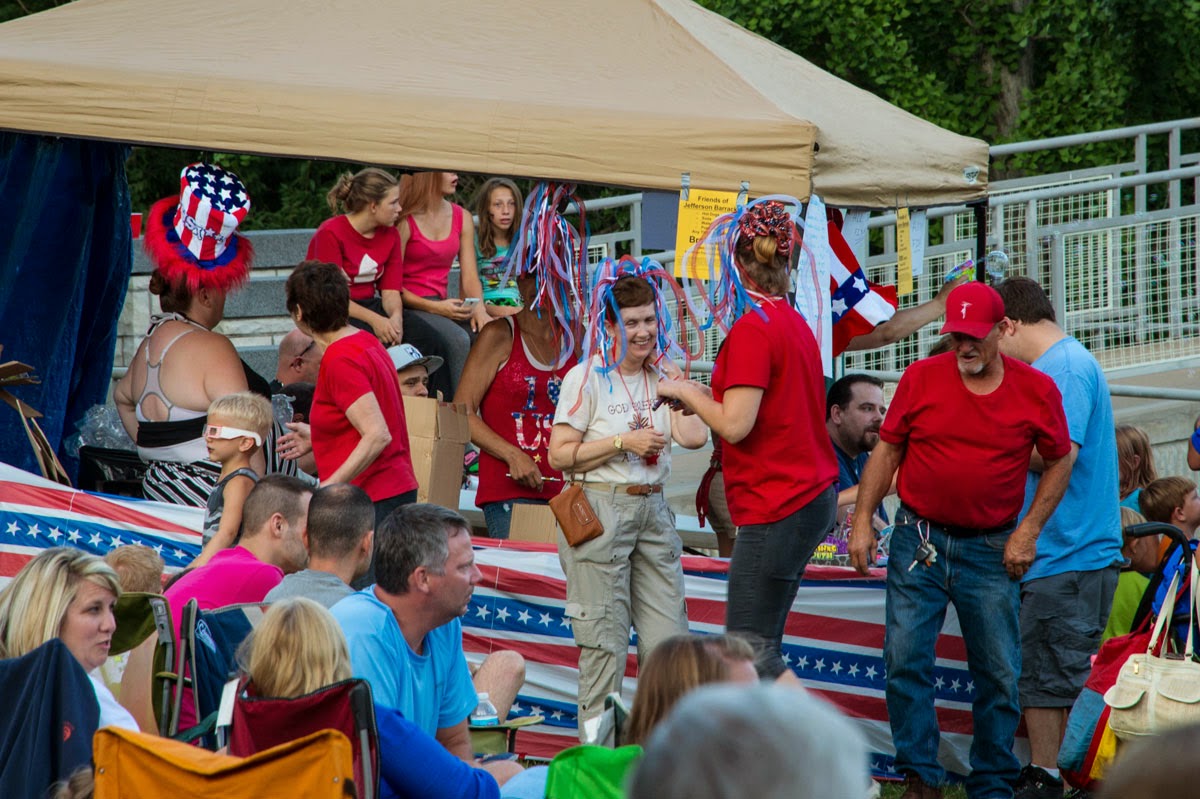 Jefferson Barracks for the July 4th fireworks show and to be serenaded by the United States Air Force Band of Mid America.  Here by 5:45 with fireworks not starting until 9:15, we got a lot of people watching time.  The guy in front of us went through two full litres of coke with his gallon jug of rum before the fireworks began.  I think everyone had an ice chest except us!!  It was definitely a sight to see ... and speaking of seeing ... see that big tree???  It came to the forefront of our attention as soon as the fireworks began ... right BEHIND it!!! 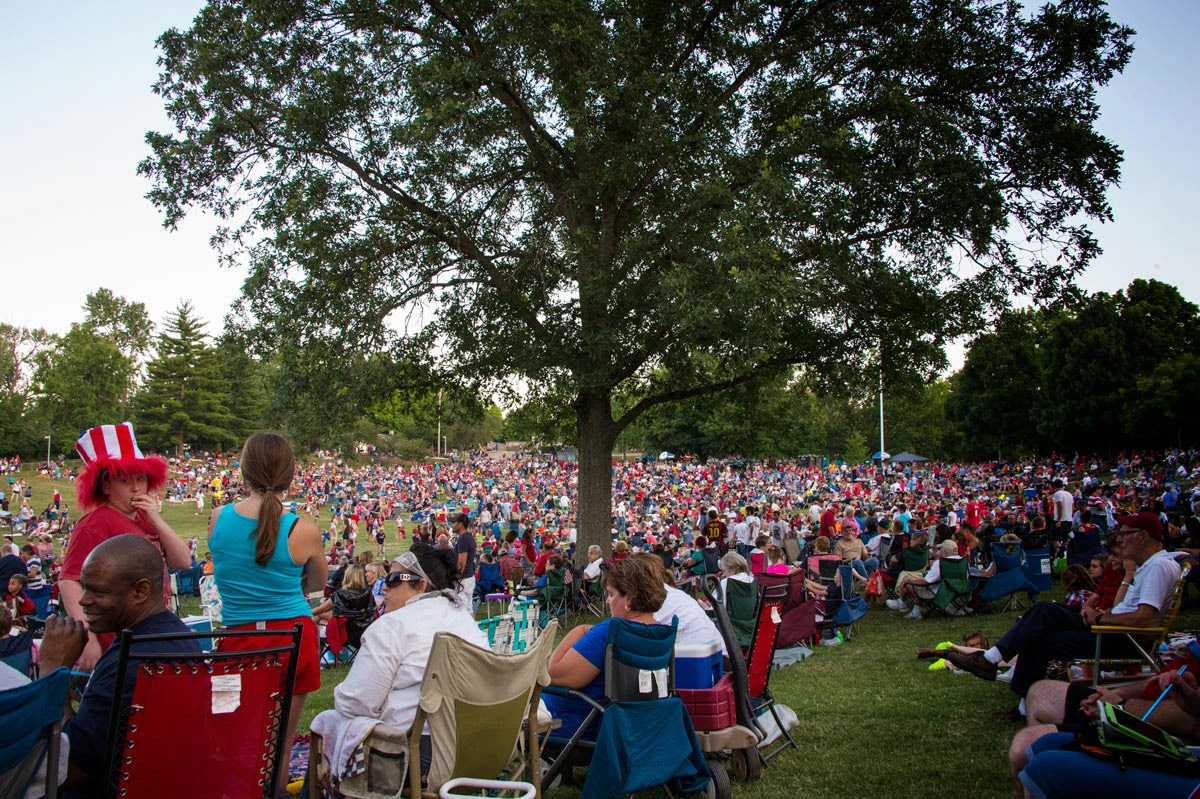 I'm all set up to take great pictures ... I mean we are SO close, these are going to be GREAT!!!  Well, best laid plans, and all that!!  I grabbed the camera, turned 45 degrees to the right and snapped these hand held.  It was pitch black ... not conducive to hauling a tripod and heavy camera through a crowd of people to get a better view!! 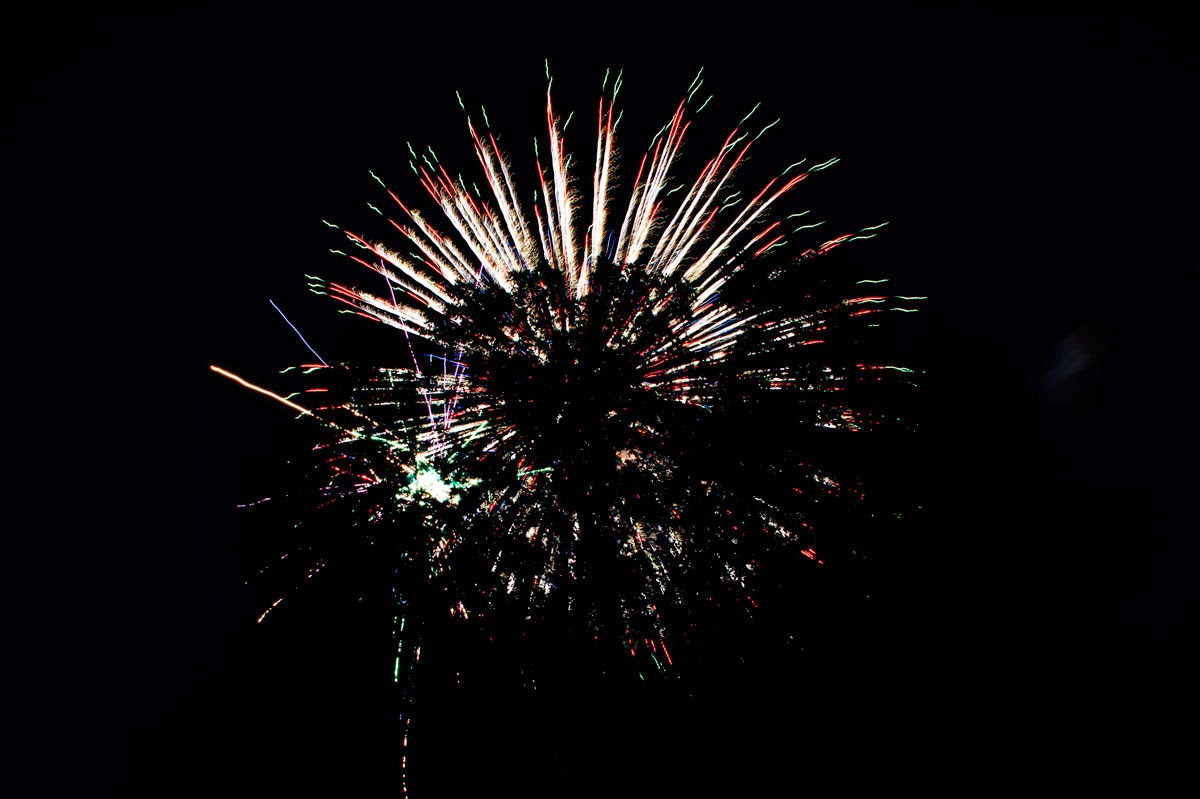 To make it even nicer, the people sitting behind me thought it was just too funny that I wasn't getting any pictures when I had been all set up. 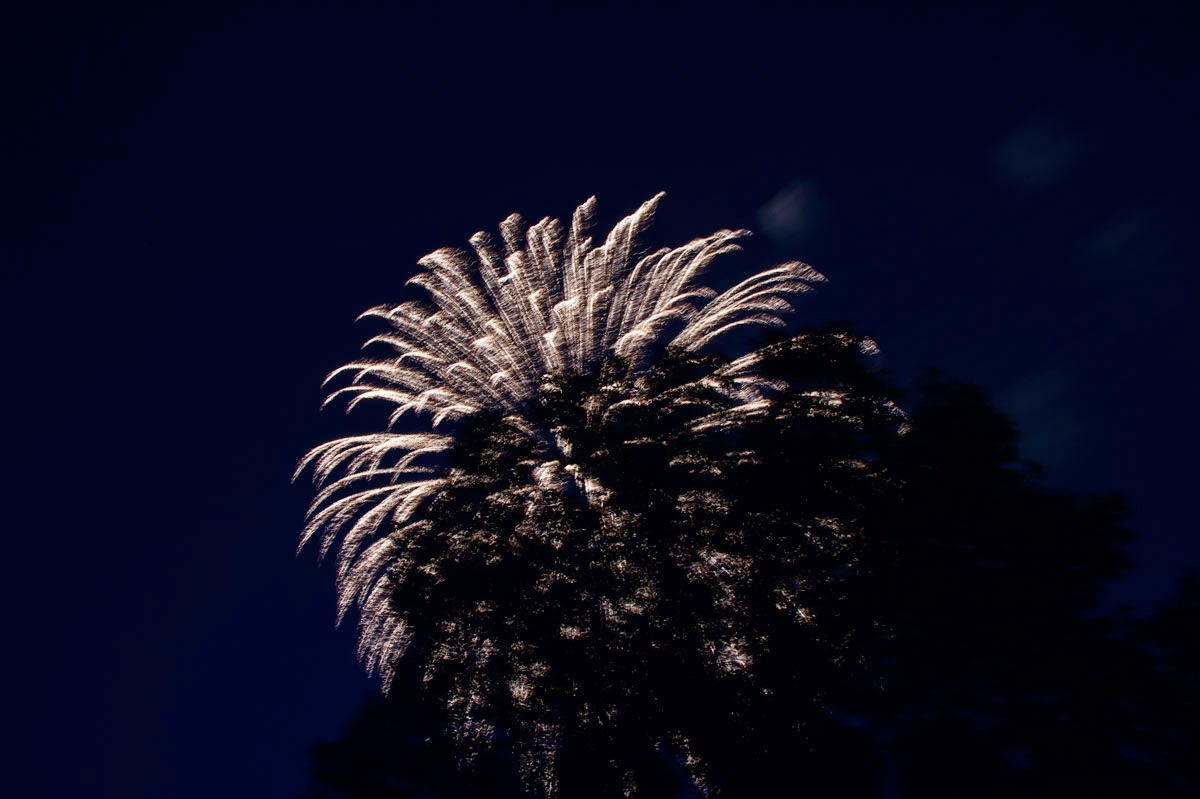 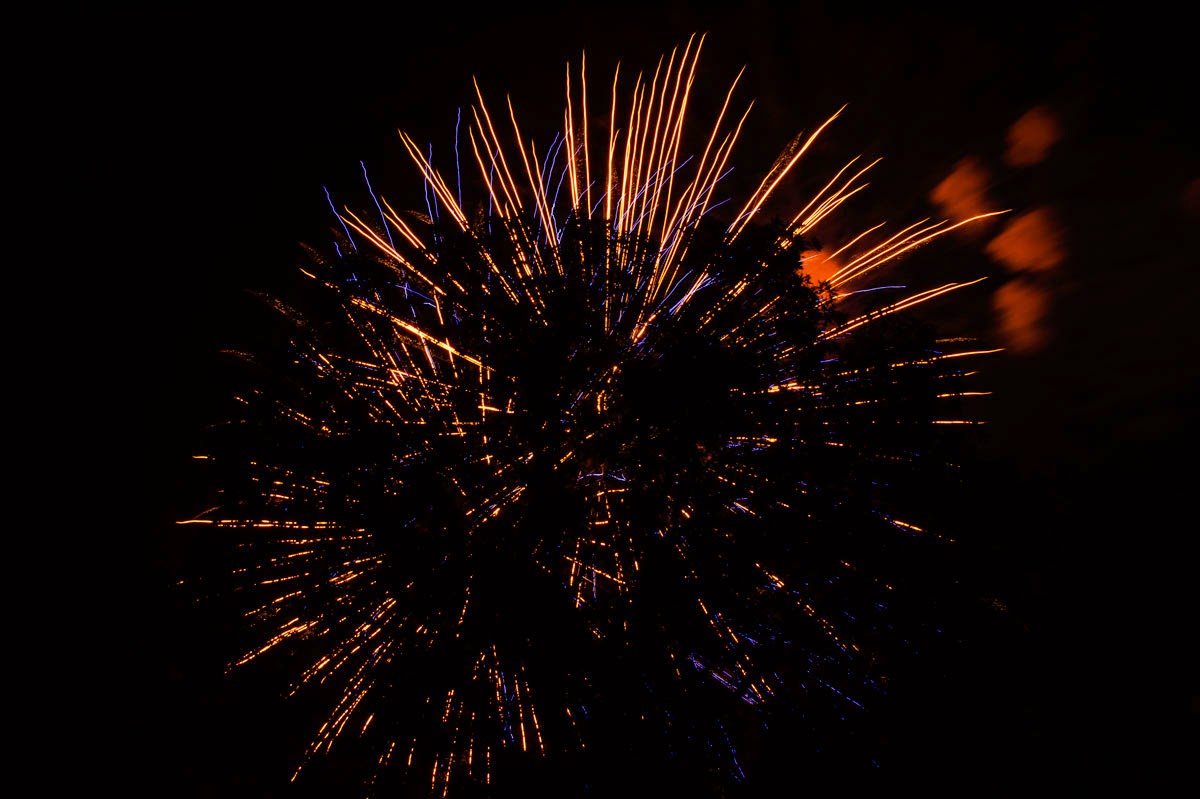 So I pulled up a couple more images from July 3rd's show.  You can see the difference in the fireworks.  This previous show had more interesting variations.  Barbara and Tom are in the know about fireworks ... their daughter Jenny is a pyro and was about to set off the fireworks at the Chukchansi Grizzley stadium in Fresno California. 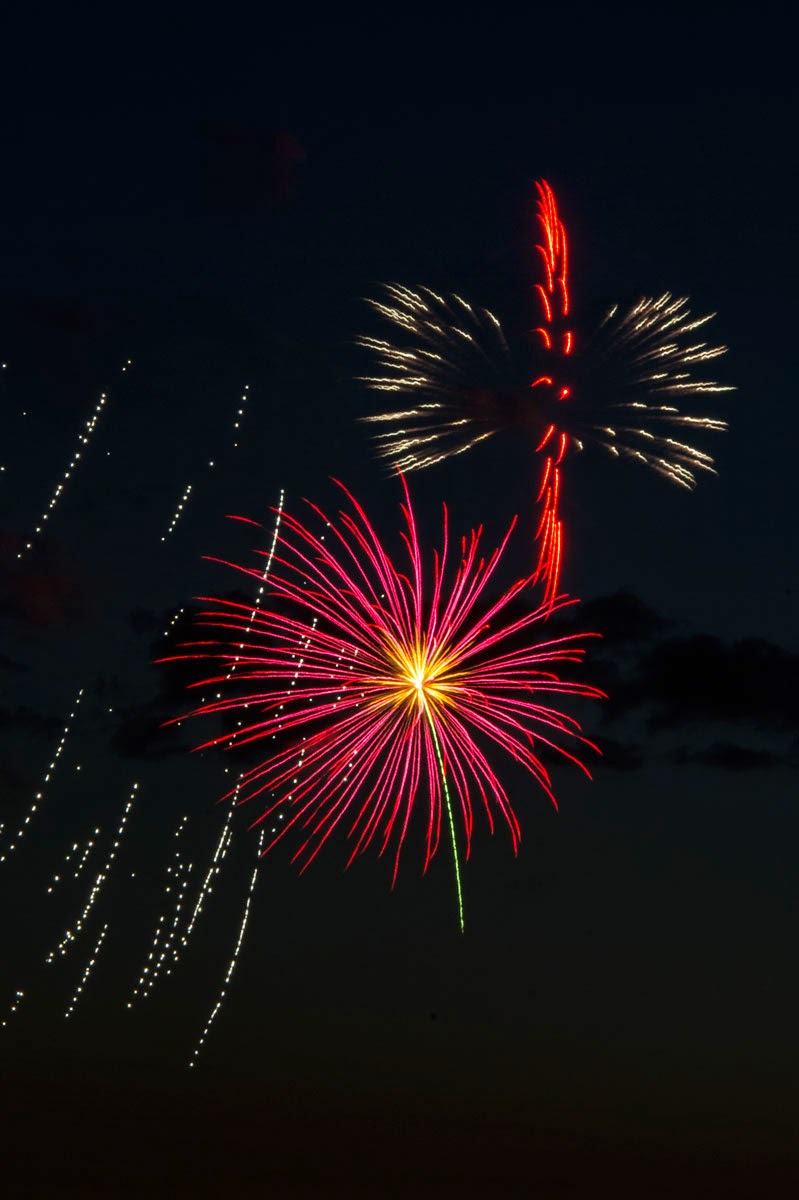 At any rate, it was a fun afternoon ... until we tried to leave at the end, walking right in to the parking lot mayhem. 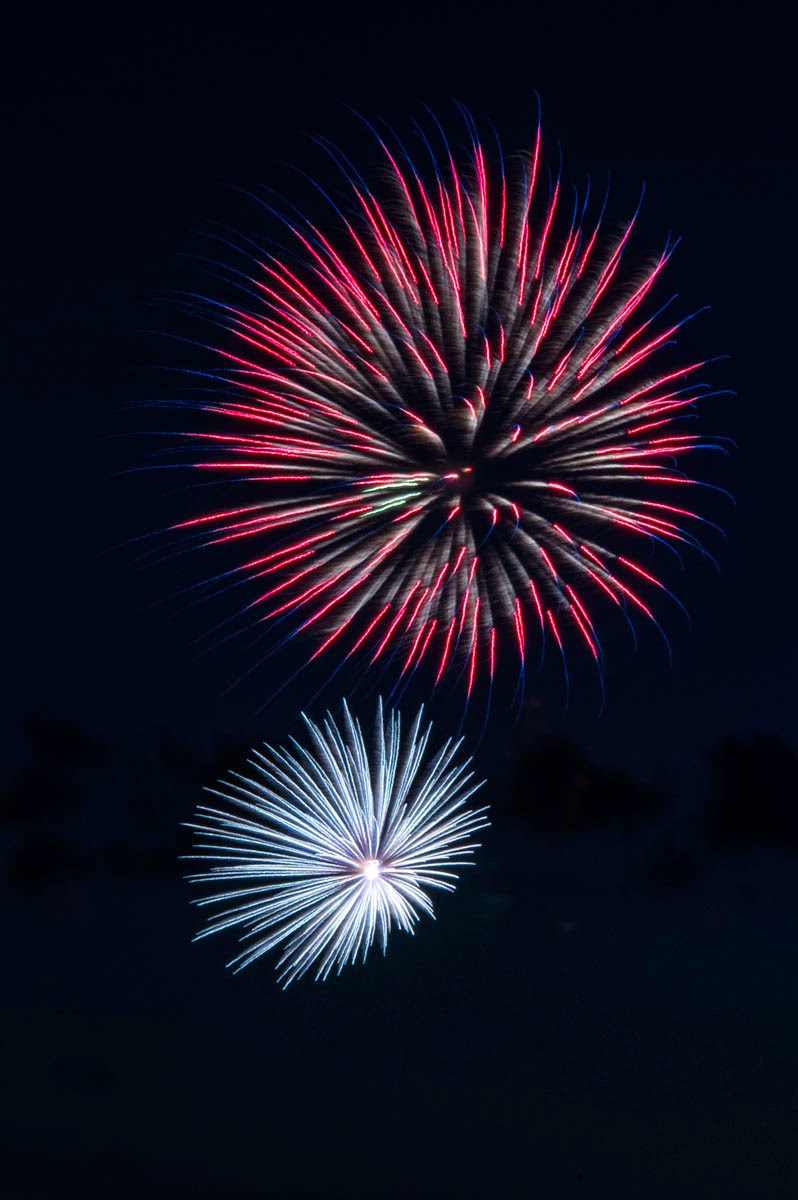 Can you imagine 3-4000 cars stacked in five parking lots all trying to get out on the very small street at the same time??  We sat in one spot and didn't move for 20 minutes.  We watched a pickup take a quick left across the grass to another line, and disappear into the night.  AHA ... we're going THAT way, but as soon as we got ten feet, discovered a park ranger squashing that idea!! 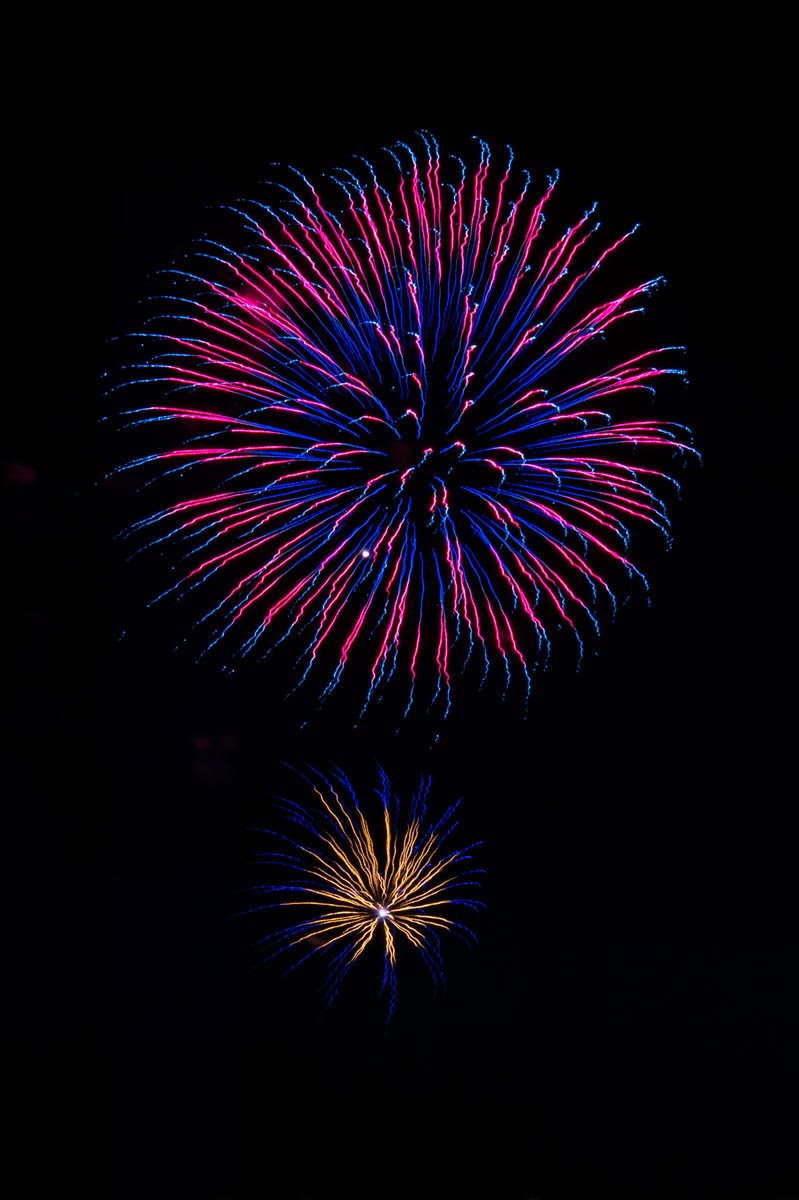 As we FINALLY started to inch forward, we watched as all the inebriated people who came hours after us, were the first to drive off in their cars.  Maybe it was a good thing we were stuck. 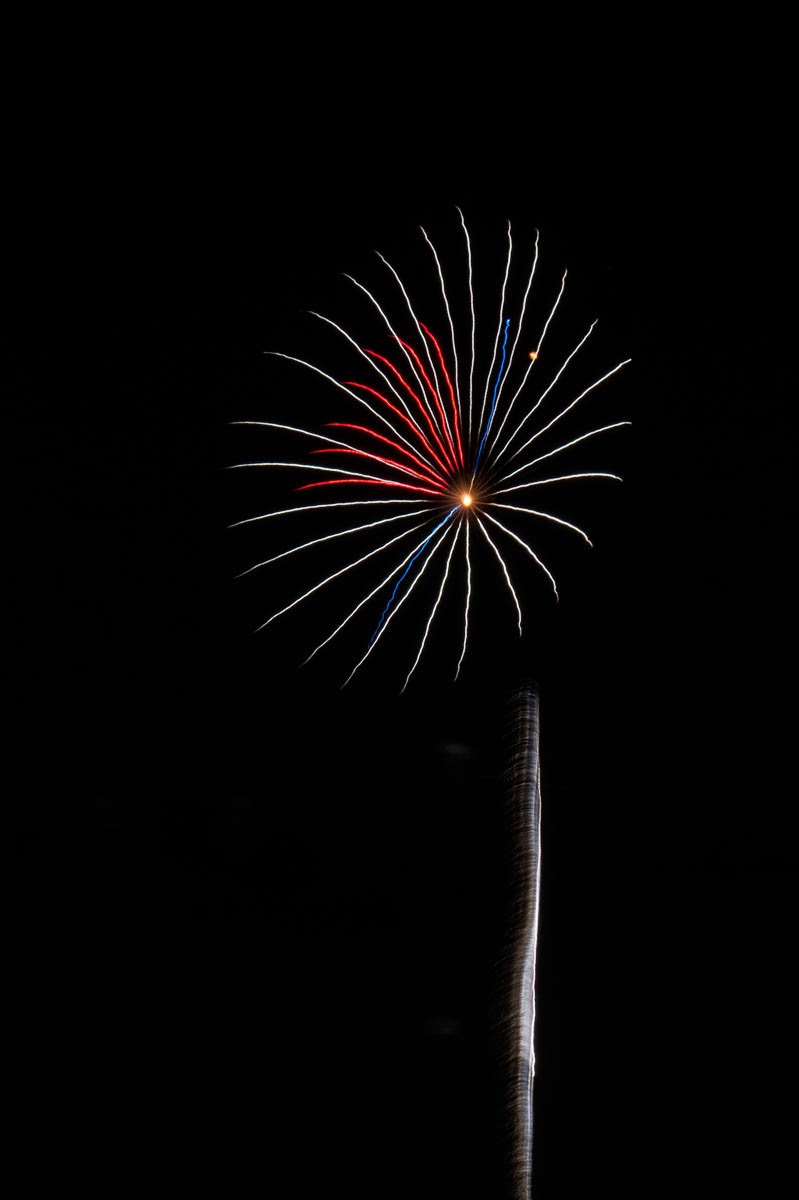 In the end, it was a unanimous decision that SIX hours spent waiting for a fireworks show and trying to get out of a parking lot were unacceptable.  If we had gone to the OTHER big show in St. Louis, however, we would probably STILL be sitting in the parking lot this morning!!!  Next time Tom wants to find a small town of maybe 500 people for July 4th!!  I agree whole heartedly!!  As Barbara says, sometimes the plans work perfect and sometimes they don't.  It's an ADVENTURE!!!