By 9:00 yesterday morning, I buttoned up the rig getting ready to head across the border into Texas!  I literally gave up on having any electrical connections, but with that very last ray of hope, I plugged in to the 30 amp service, said a little prayer and flipped the switch.  It actually worked for two minutes, at which time I didn't want to push my luck and I turned the breaker off.  Thank you everyone who pushed pins into your voodoo dolls!!  I'm hoping it was enough to unload that ghost as we continue East on this Great Adventure!! 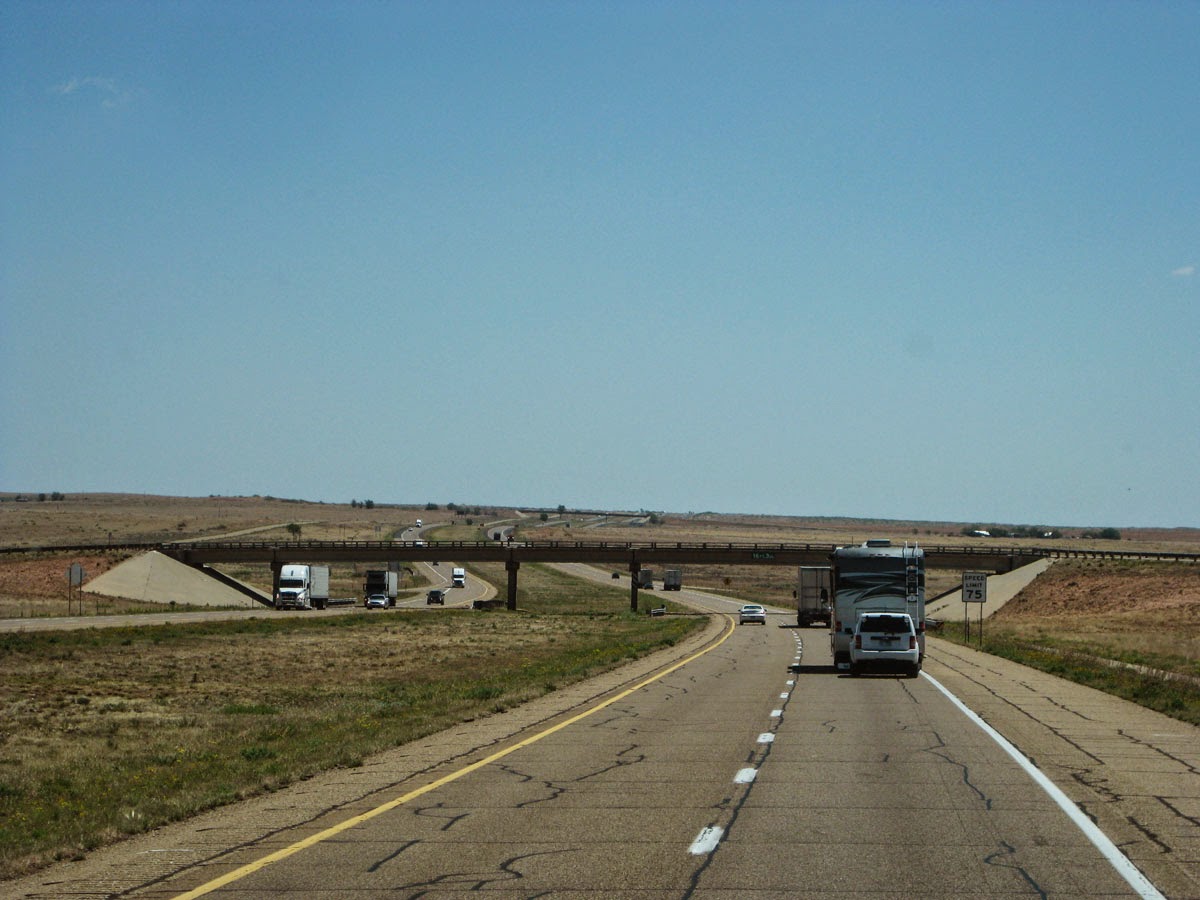 There's really not much to see out here, just rolling hills as we left New Mexico ..... 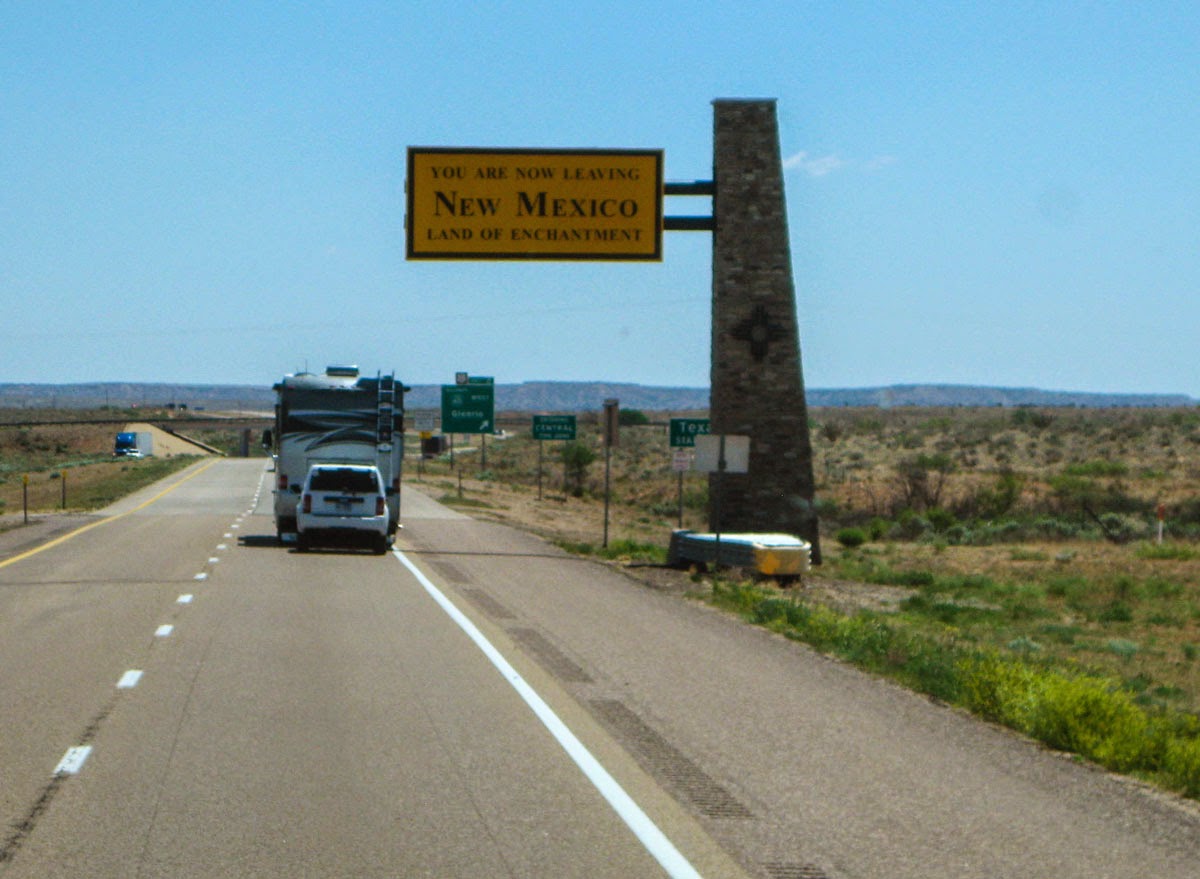 and crossed the Texas line.  Looks like New Mexico won the sign contest!!  I wonder who owns the land in between the two signs??? 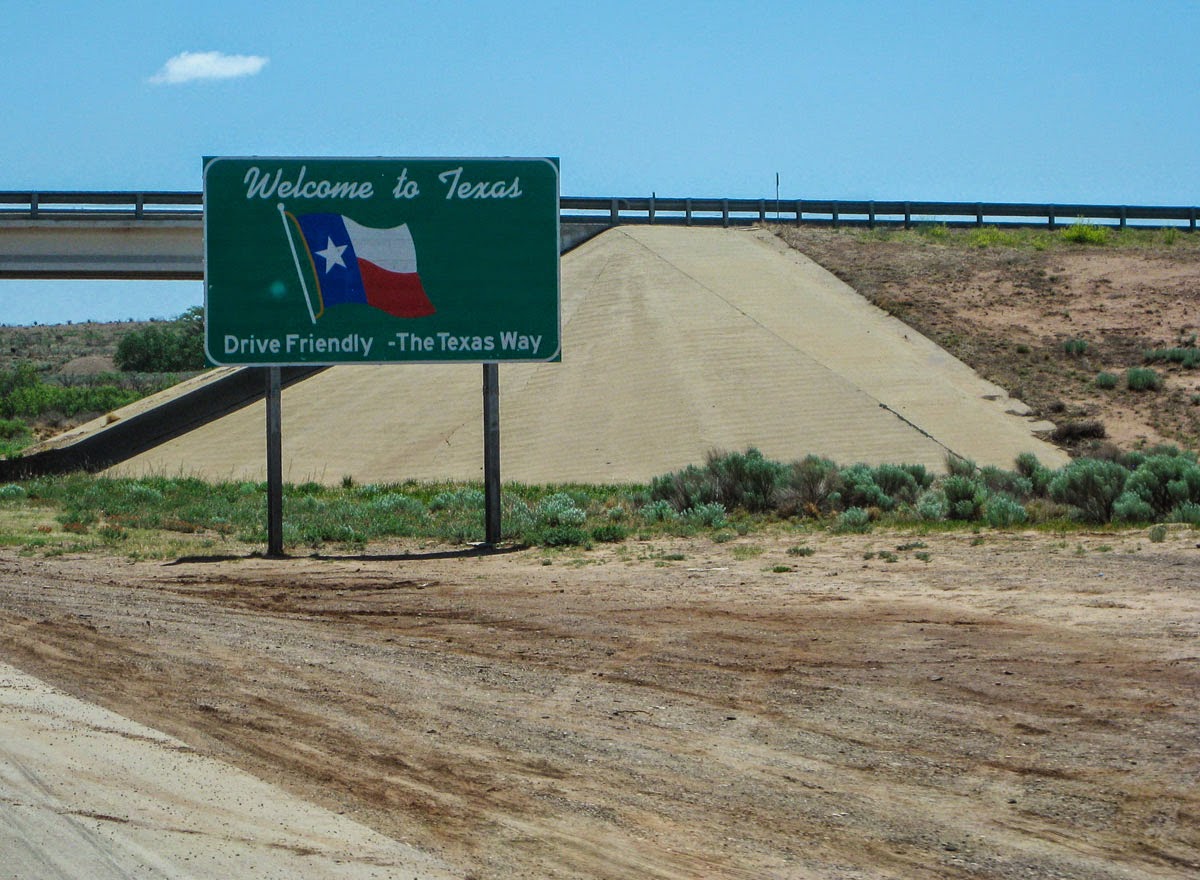 Coming in to Amarillo, we passed by a huge feedlot.  There was a big sign that said BEEF ...  being a real live cowgirl, I KNOW these are dairy cattle ... holsteins to be exact.  I'm sure other people noticed the same thing!!  At any rate, there were a mess of 'em!!  This lot rivals the Harris Ranch feedlot East of Coalinga in California. 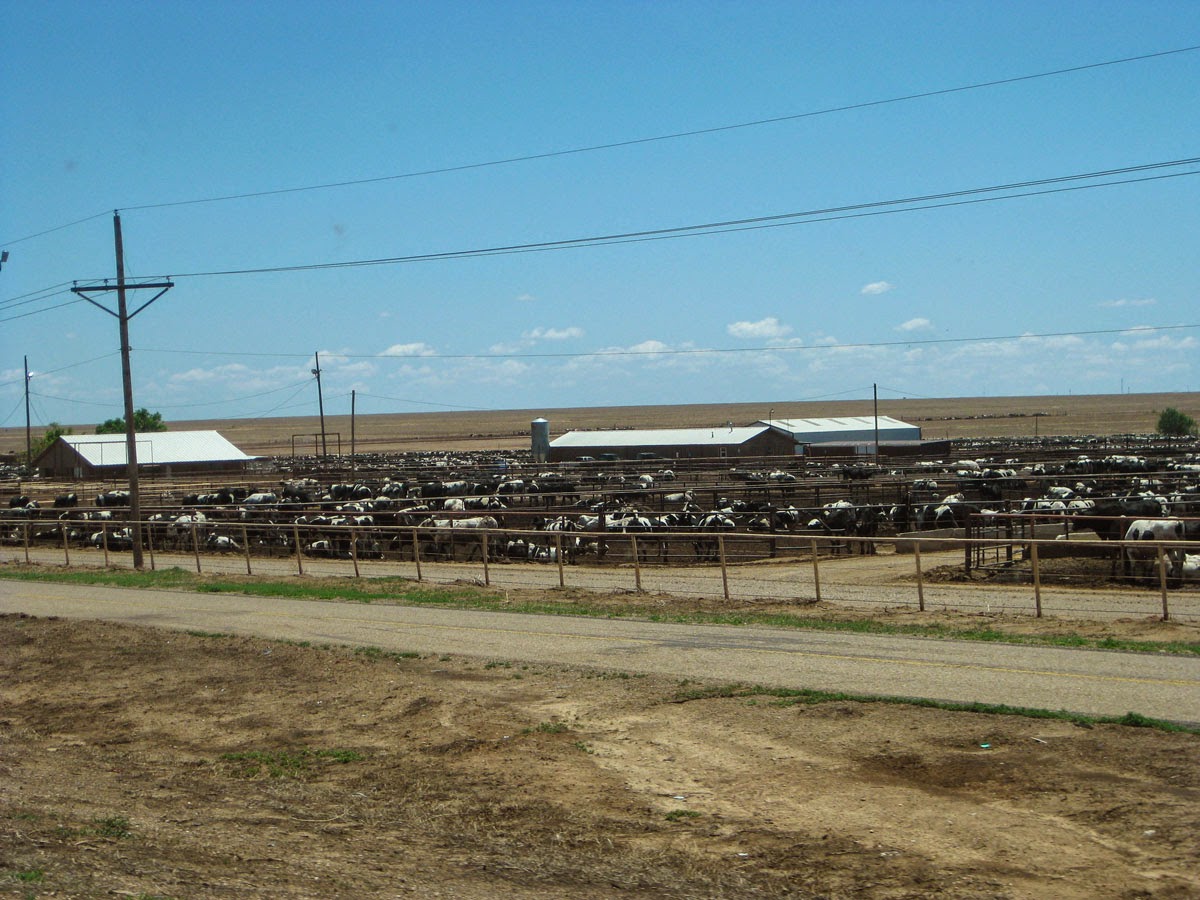 We arrived at the Elks Lodge just in time to get the last two spots ... 50 amp for Tom and Barbara and 30 amp for me.  Everyone held their breath as Tom plugged me in while I kept an eye on the Progressive unit monitoring the volts and amps.  I nearly jumped up and down when all the readings were normal and the power kicked in.  It's pretty hot here and the puppies wouldn't have made it without A.C. .. let alone me!!

Then Miss Pansy Kitty decided to give us all a heart attack!!  I heard Barbara say "get Jessie and see if she can find Pansy".  WHAT????  As Tom looked under the rig, I walked around calling, but she wasn't to be found.  My heart started racing!!!  I went back to the rig, got Jessie on a leash and headed directly to their site.  Jessie raced up the steps, but that was as far as she got.  After moving the chairs and checking every corner of their rig, Miss Sneaky Britches crawled out from under one chair!!  Crises averted!!!  But I think I lost a few months of my life there ... and I'm sure Tom and Barbara lost more!!

Here's my new solution to puppy problems when I'm away for more than a couple of hours.  I saw this in Yuma at the flea market, then found it online for less money.  I did a test run yesterday afternoon and it worked perfectly.  They're too busy eating to say cheese for me!! 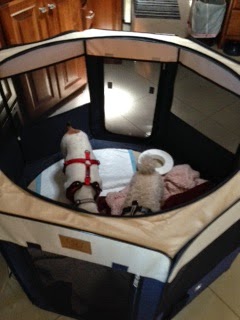 Barbara is a computer/phone/notebook wizard, as I'm sure most are aware ... and it didn't take her twenty seconds to come up with the best rated BBQ place in the city.  Located just a couple miles from the Elks is Tylers Texas BBQ.  Definitely stop here!!!  I had chopped brisket and ribs, Tom had ribs and Barbara had a plateful of sides because they ran out of chicken!!  That was a shame, because the meat was amazing!!  Their homemade sauce was perfect too ... leaving me just enough for breakfast this morning!!  YUM YUM!! 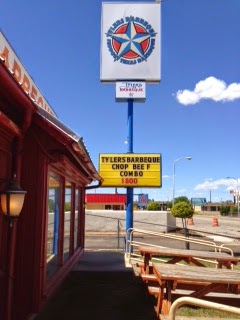 On the way back to the rigs, we stopped at Petco for some Pansy supplies and Michaels for a couple of yarn projects.  Later in the evening, a chocolate fudge sundae from Brahms was calling Barbara's name, so Tom and I relented, and not wanting her to feel bad, we ALL had a sundae!!  One quick cache on the way home and it was Night Y'all ... the time has changed yet again.  I'm thinking this time thing may be a problem by the time we get to Kansas City!!