Yesterday was a fun-filled day at the ABQ Bio Park.  No, not a funny kind of BBQ, but the Albuquerque Bio Park Zoo, Aquarium and Botanical Gardens.  They have several of these little diesel trains that are trained (pun intended) to go around the different parks on loop tracks, meeting each other on sidings, but mostly using the same tracks.  The area is huge, so your feet are saved miles of walking. 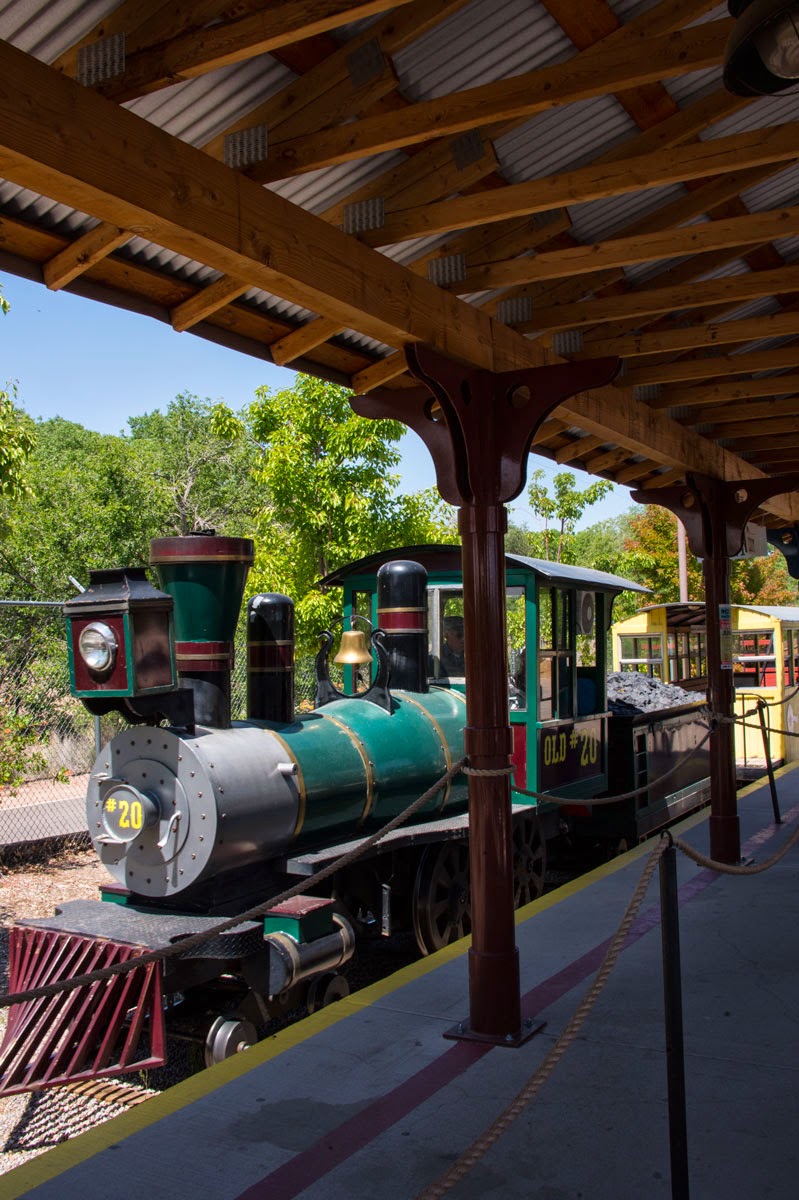 We rode over to the zoo first to check out our counterparts.   Just like our kids, they seemed perfectly happy to sit and tear up cereal boxes, spreading the litter around!!  I think there were about six silverback gorillas here with signs everywhere saying "Watch Out" ... they throw "things". 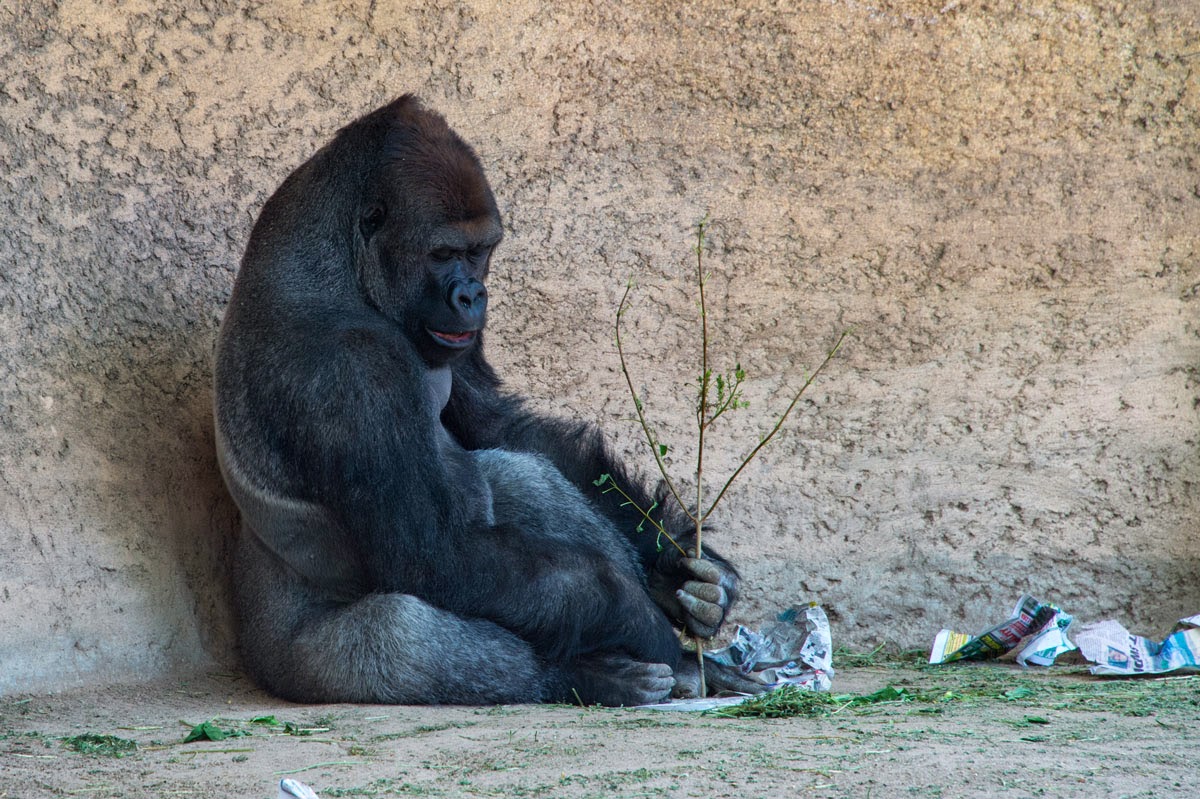 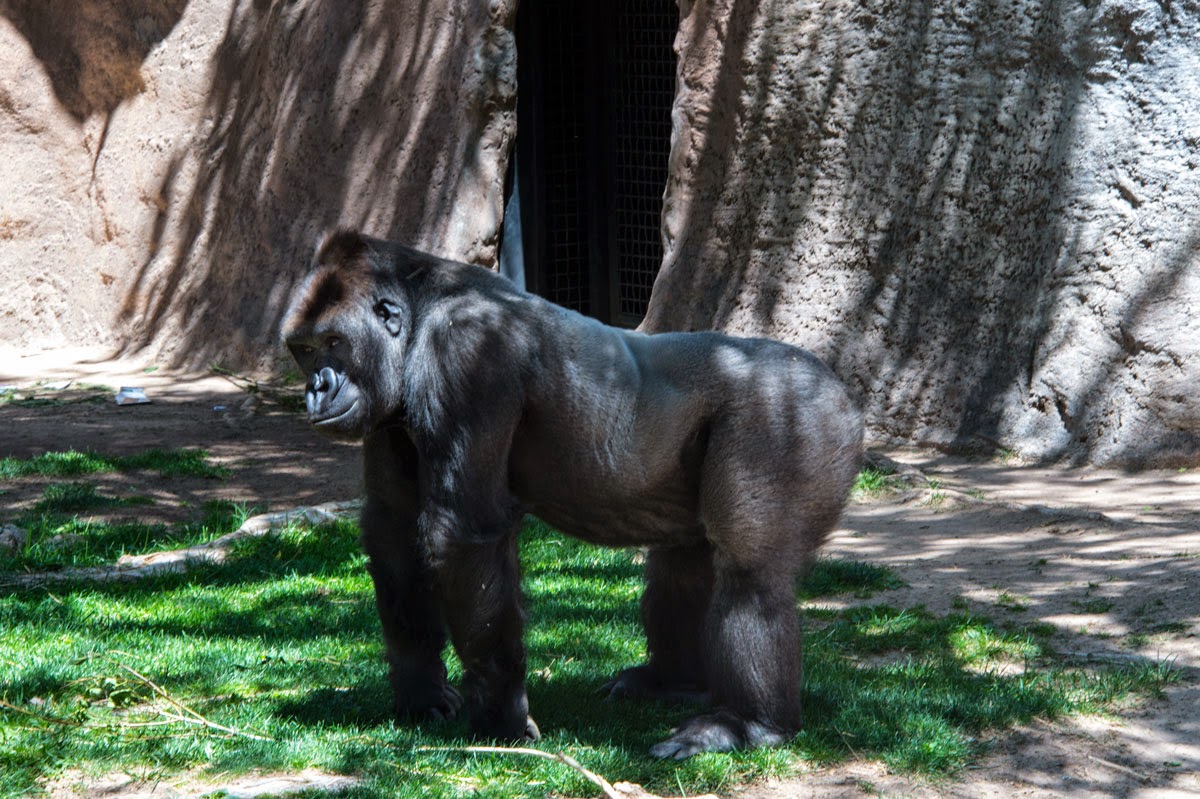 There were many interesting critters here that you usually don't see at the zoo.  This is a Komodo Dragon!!  They bite you and wait around for the diseases they just passed on to take affect.  Then you are toast!! This guy appears to be having a bad hair day.  Several of the parrots were overheated, spreading their wings and panting quite a bit.  Some just aren't smart enough to get in the shade!! 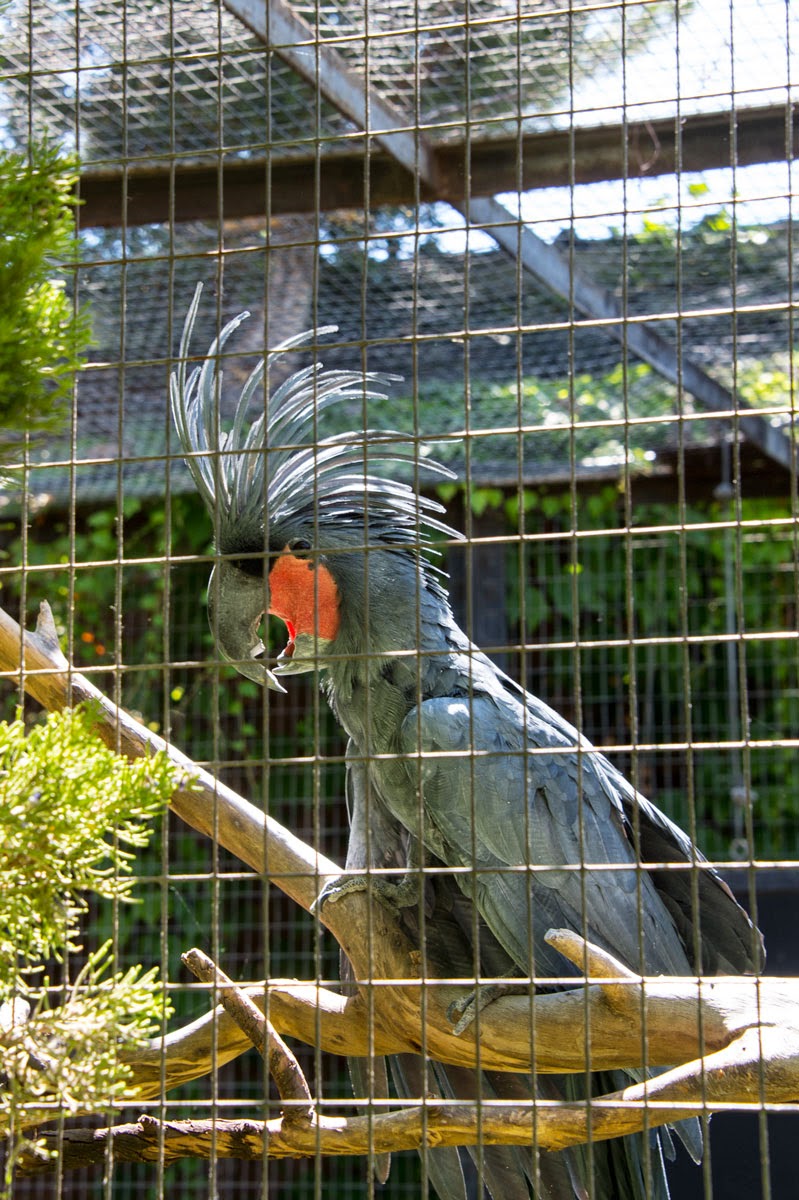 The orangutans were awake and posing for photographs.  You can tell which one is dad ... laying down up top without a care in the world!! 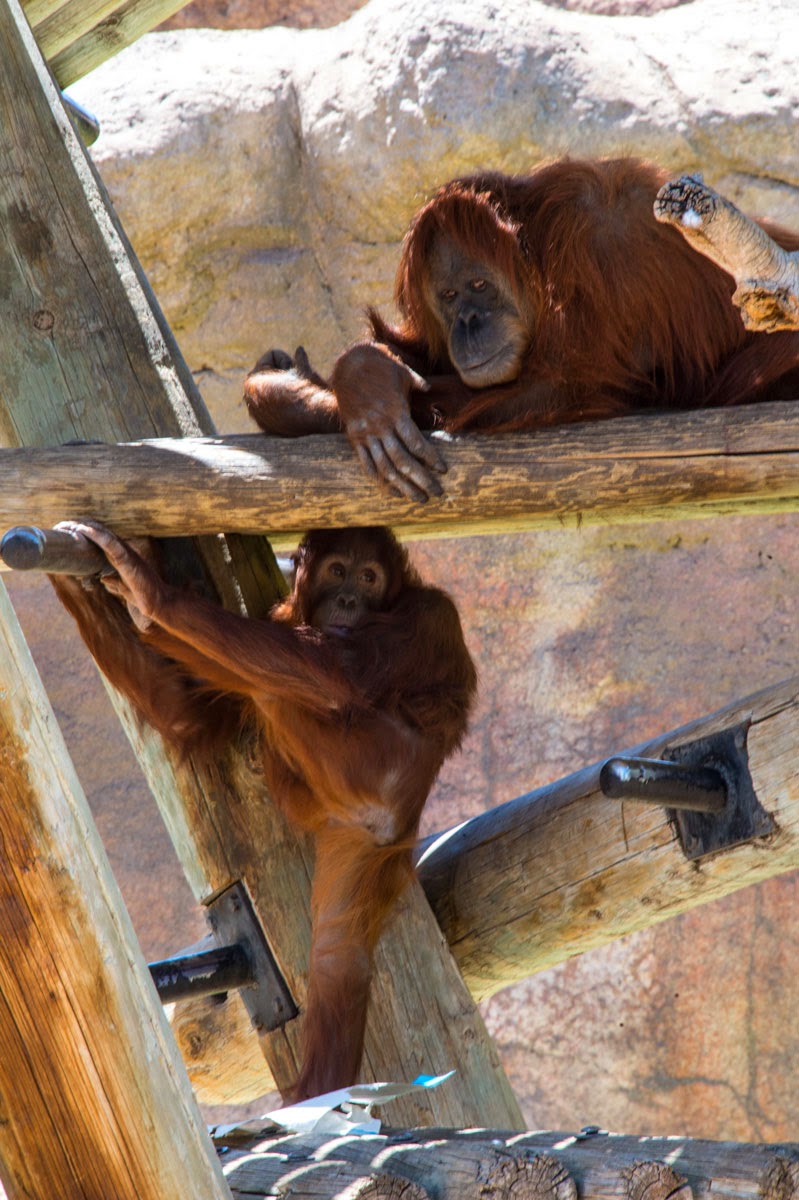 This new baby ... another REALLY bad hair day ... was playing at the bottom of the treehouse eating dirt.  See??  They really are just like our kids ... or vice versa!!! 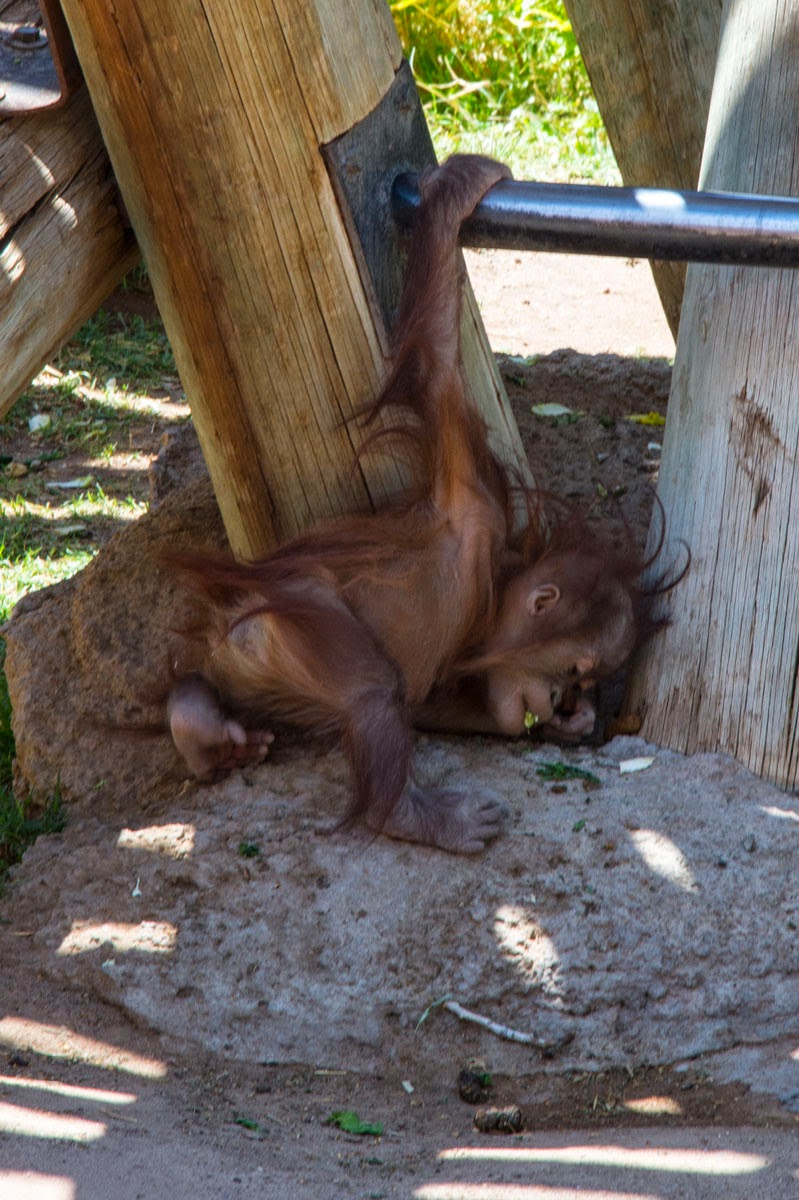 The most amazing peacocks were all over the grounds.  I've never seen so many with perfect tails ... every feather in place!! 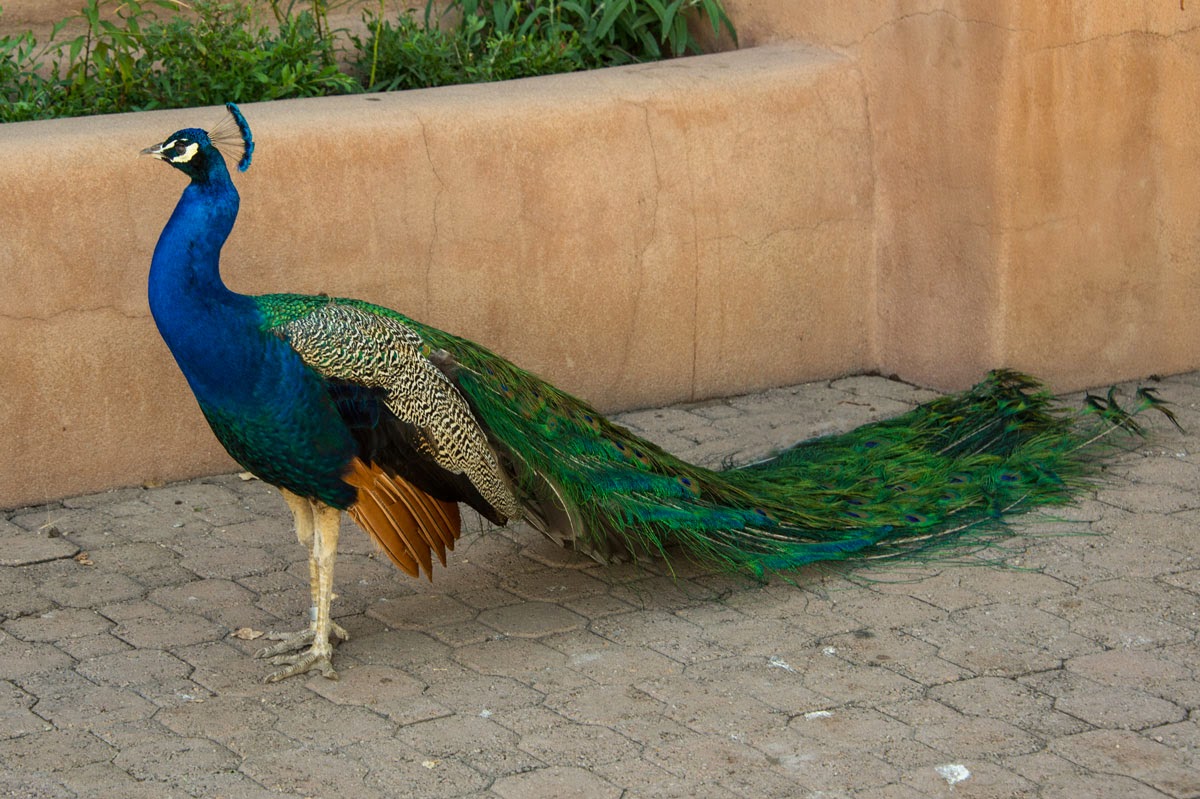 The Golden Lion Tamarin monkeys were racing around like they had too much coffee!!  Almost too fast to get a picture!!  It was VERY hot and humid in this building ... Barbara said welcome to Kansas City!! 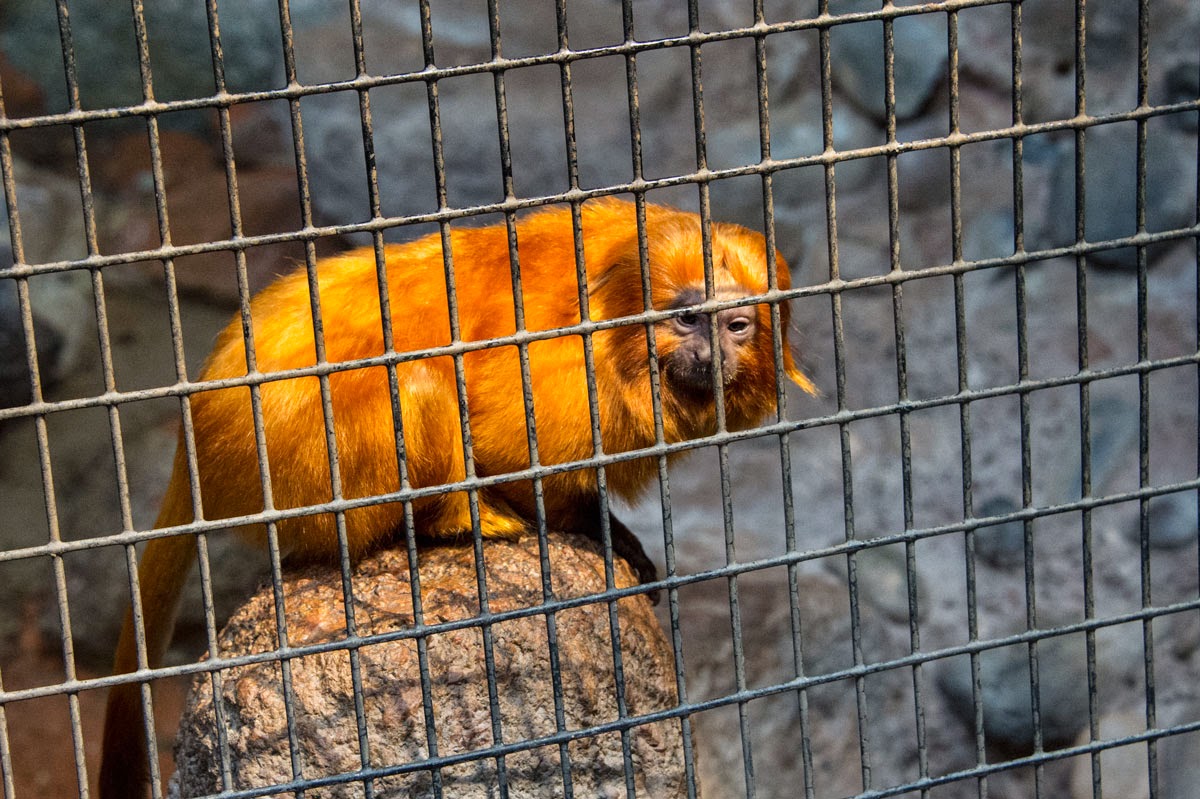 Here's an interesting tidbit for you.  Flamingos aren't the brightest crayon in the box.  This mom had an egg which they pulled to incubate, replacing it with a wooden egg so they would keep the nest intact.  The other two nests are cared for by pairs of males.  The males paired up, I supposed because they couldn't find a compatible girlfriend.  But there won't be any more eggs if this continues!!  They monitor these beauties constantly in an effort to maintain the nests with breeding pairs. 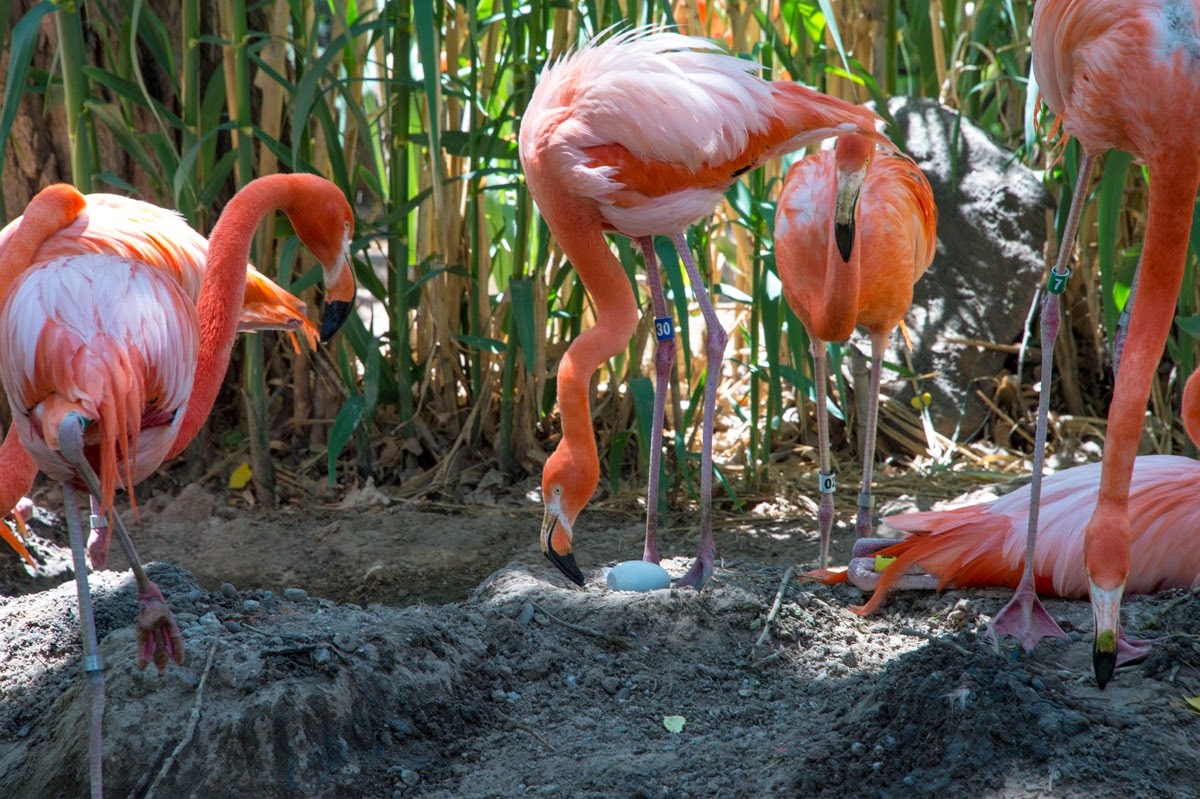 Mom sure was taking good care of her piece of wood!! 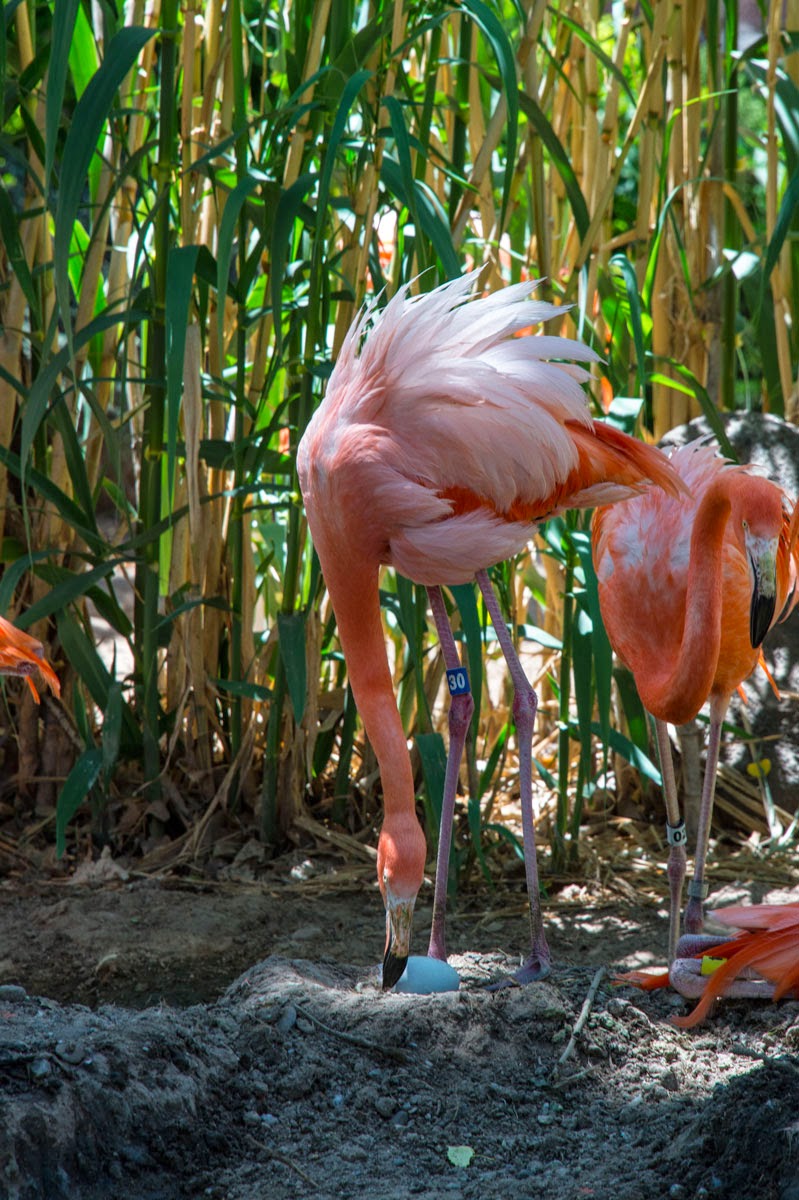 The giraffe were enclosed in a building when we arrived while their automatic door was rewired.  As we were leaving, they were outside and I got a quick picture of this baby eating all the tender parts of the branch. 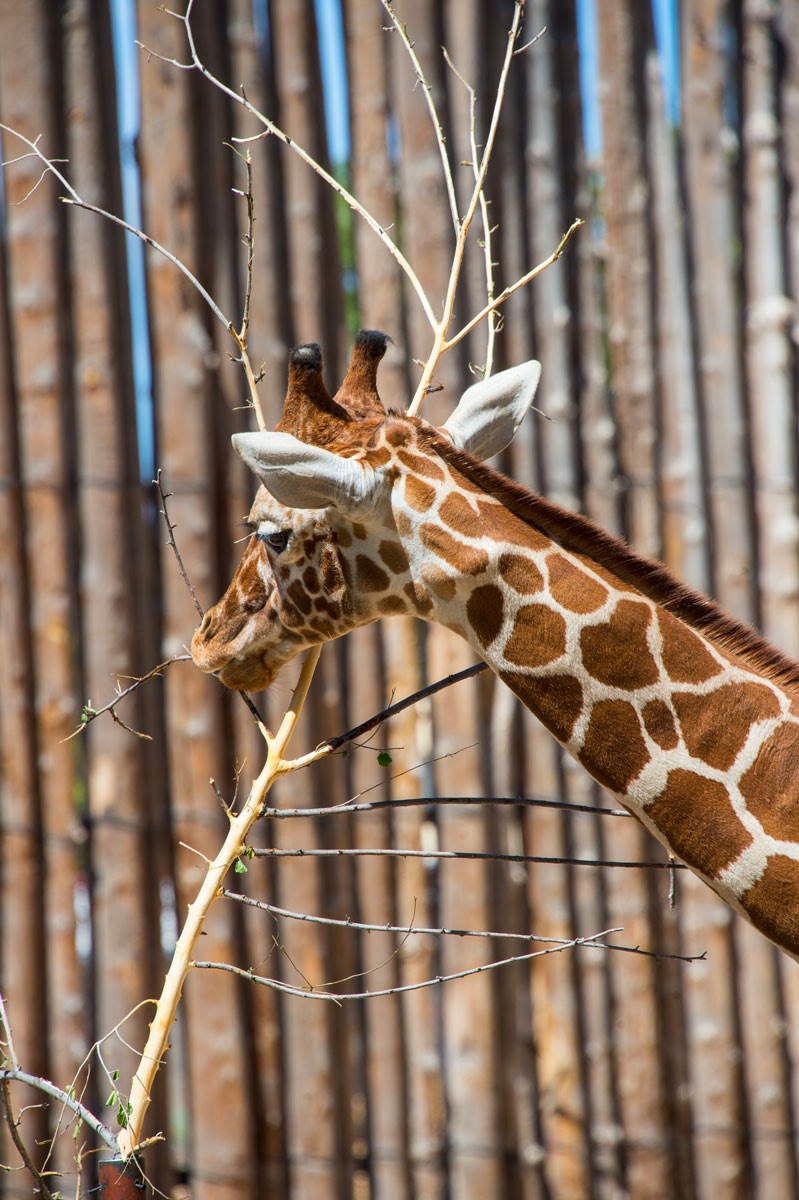 The Reptile house was the best of all.  I can't believe how many venomous species they have here.  Don't get me wrong, I'm deathly afraid of snakes, thanks to my parents.  When we drove our cattle to  lower Sequoia National Park, they put the fear of God into us kids when it came to snakes because there was a huge den just past the outhouse.  Rattlesnakes visited our cabin often.  I guess it worked because none of us kids ever got bit.  I'll admit my memory isn't as good as it should be .... I knew the names of ALL of these yesterday!!!  At any rate, this is a rattlesnake ... a BIG one!! 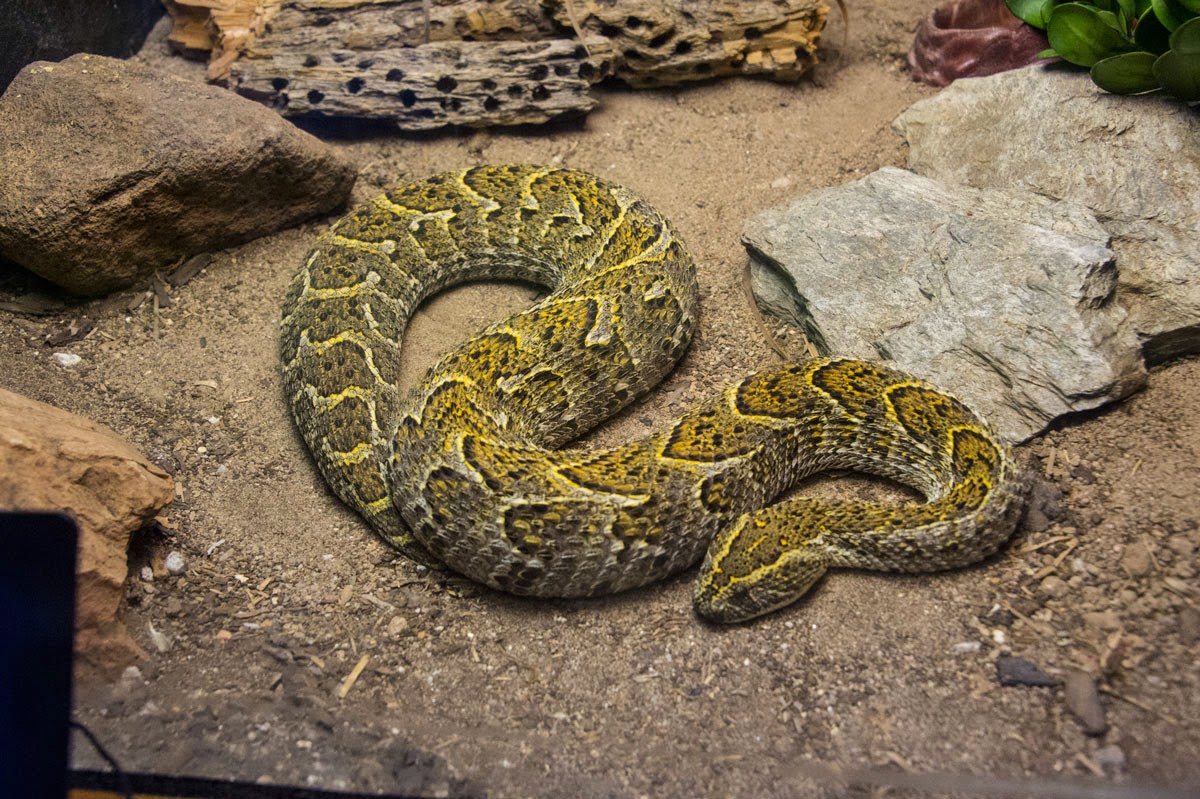 Up close and personal with a King Cobra here ... through pretty scratched glass.  I'm VERY happy to say there were TWO pieces of thick glass between them and me!! 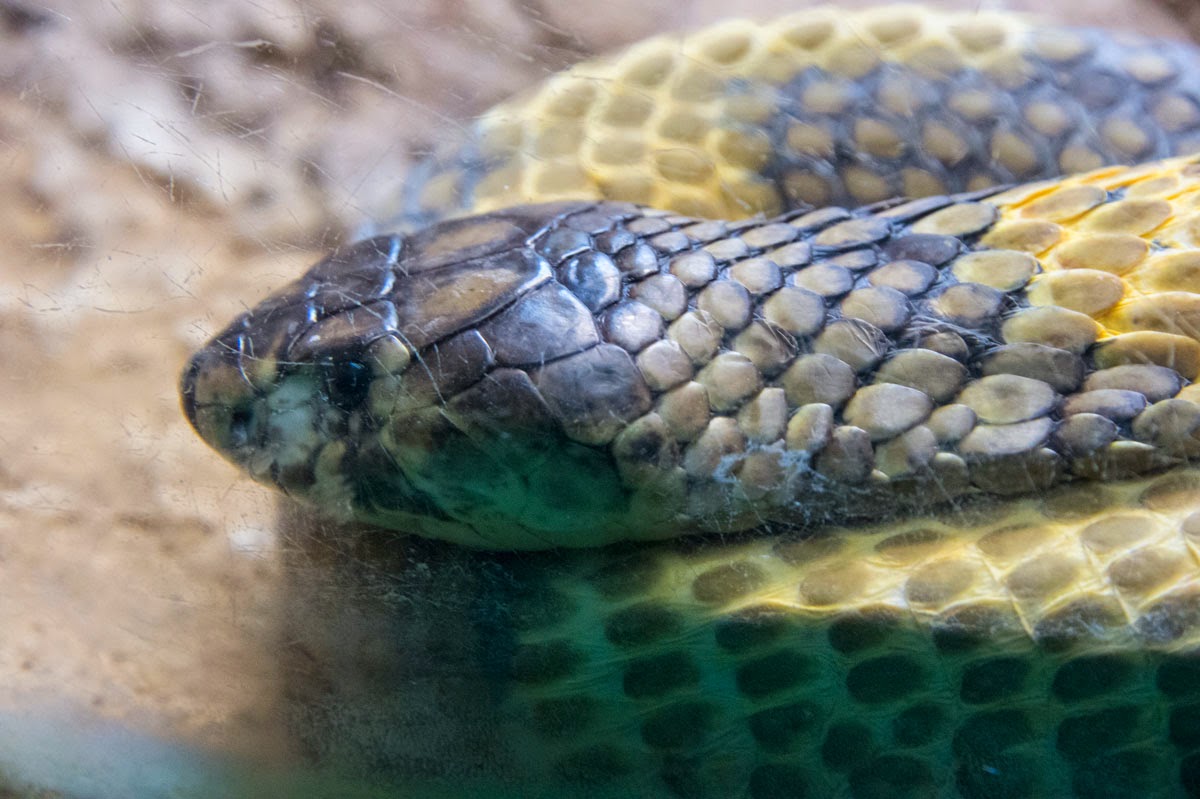 Another rattlesnake ... one of these was an Eastern Diamondback.  Get bit and you pretty much die!!  Almost all of the snakes were very restless.  We think it must have been feeding time and they heard people moving around in back. 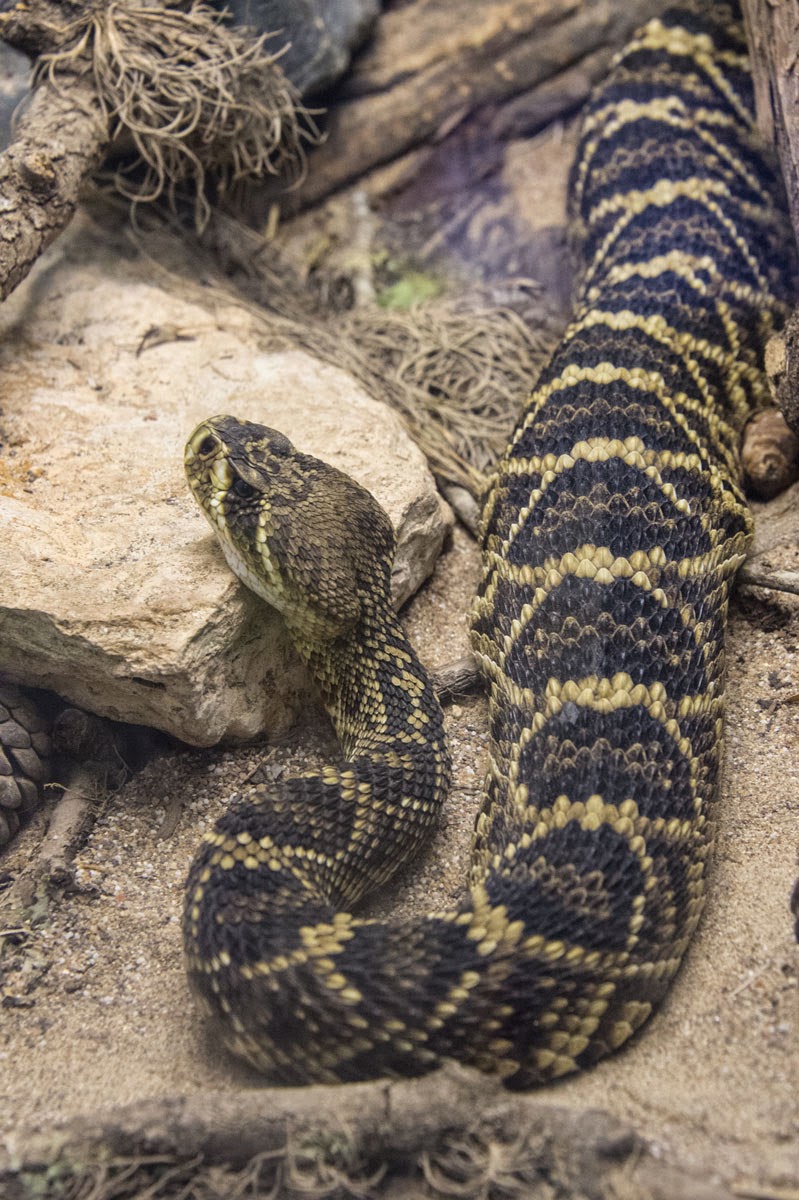 Black Mamba!!  Almost every snake they had in their collection would cause death, or at least the loss of a limb or two.  Amazingly, most are having their venom collected for medical research involving cures for cancer and Alzheimer's!! 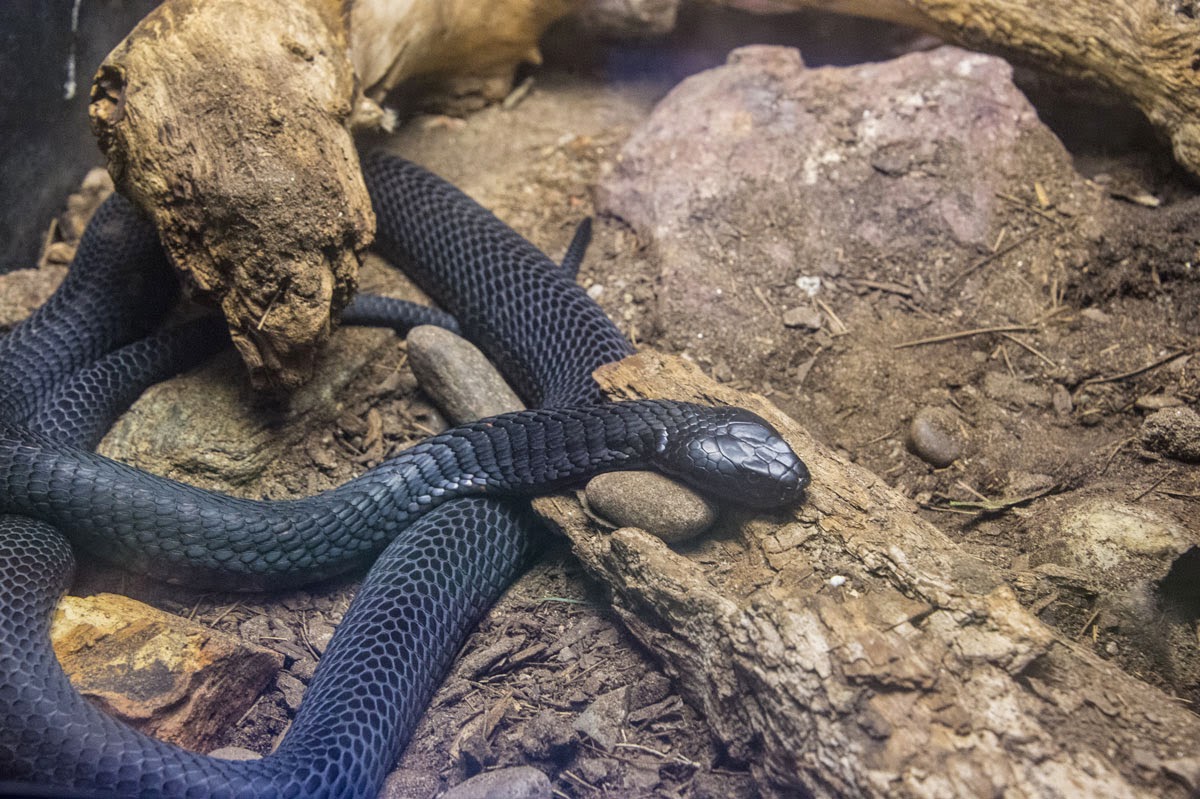 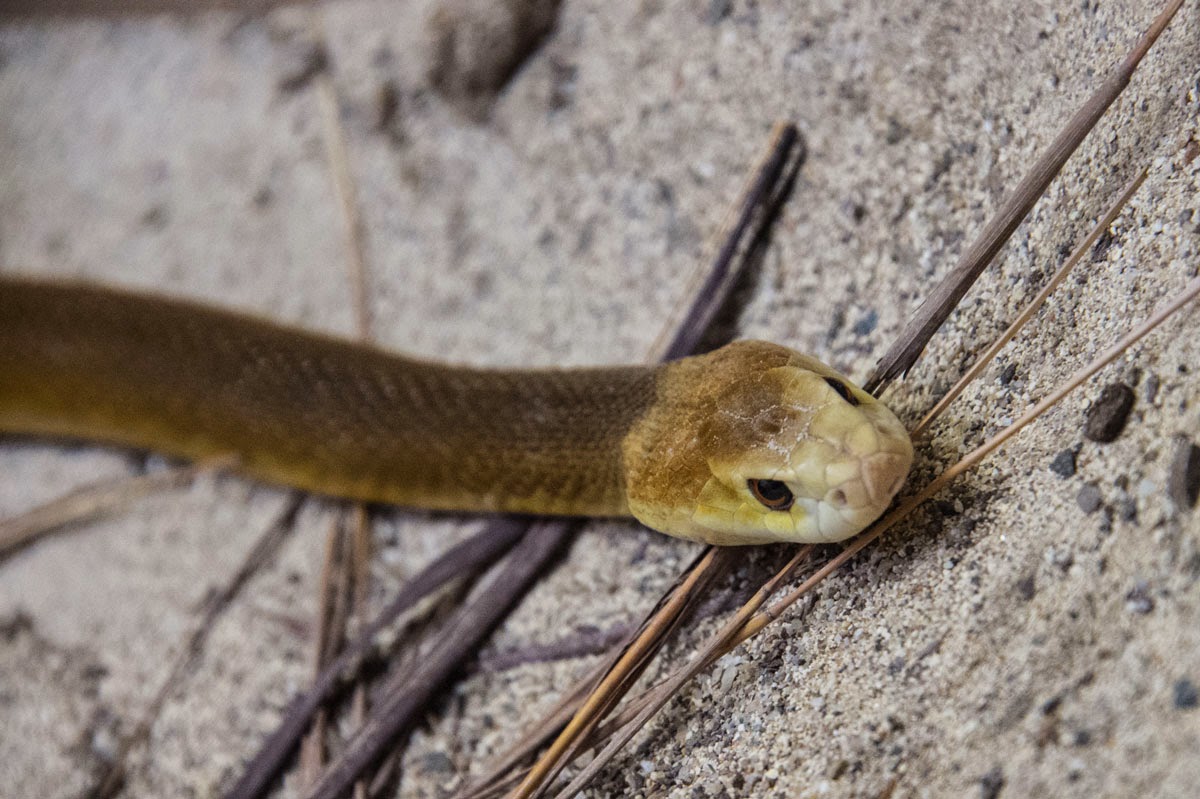 They had several sea lions that were swimming around upside down ... I think their compass is out of whack!! 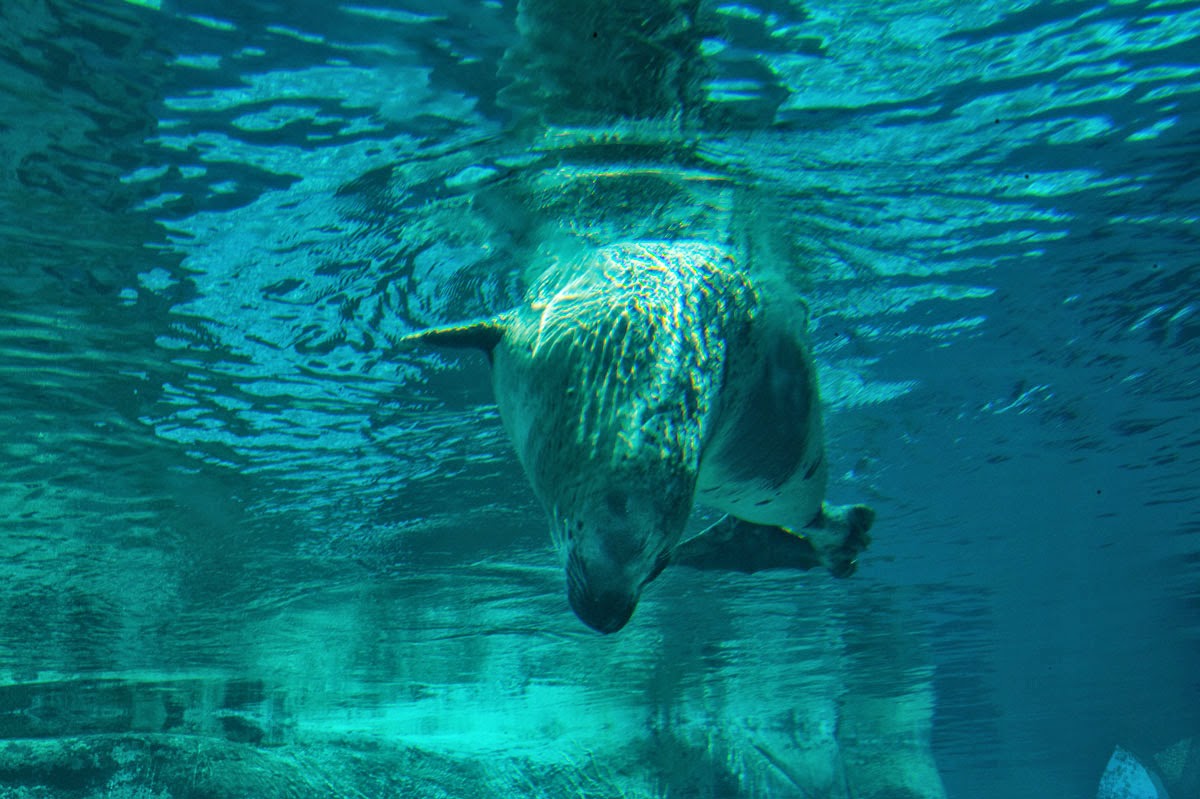 Back on the train, we headed over to the aquarium.   I'm just fascinated by the jellyfish.  I could sit and watch them for hours!!  I have about 50 images of these guys!! 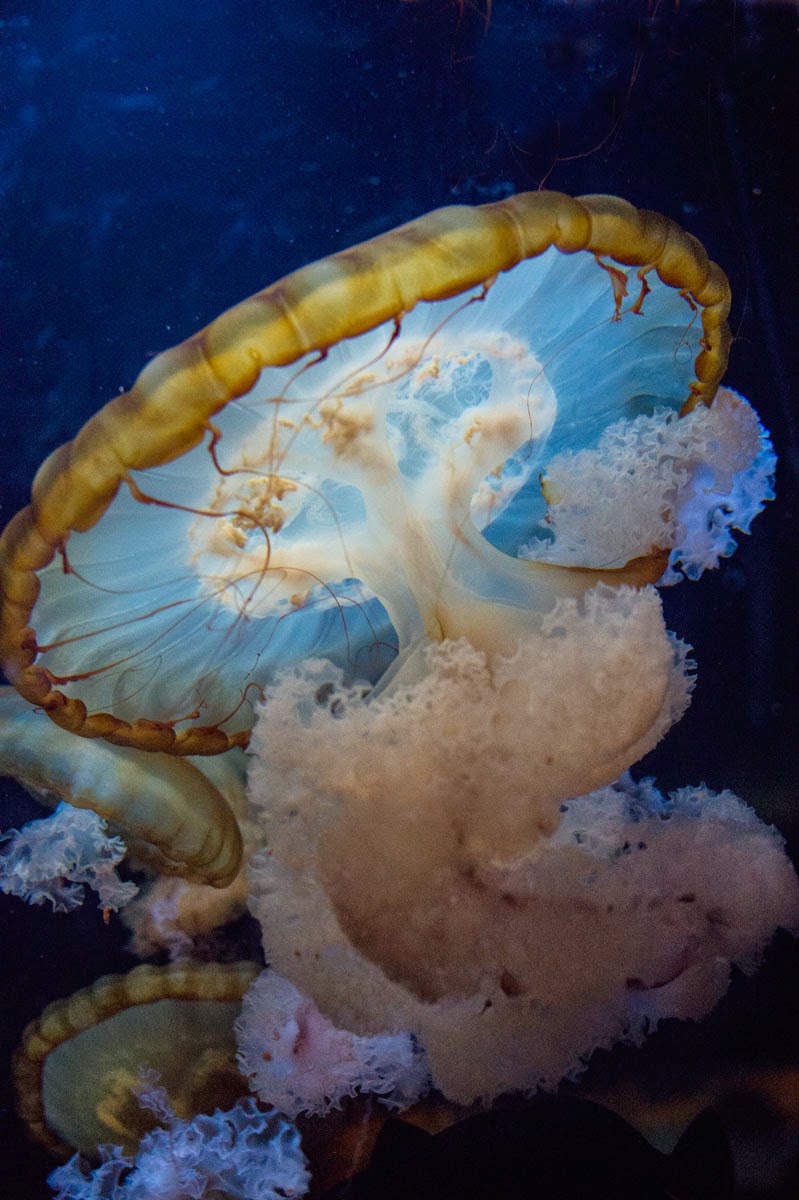 First time EVER I've seen a live nautilus!!    What rare beauties these guys are!! The shark tank was full of yellowtail, reef sharks and nurse sharks. 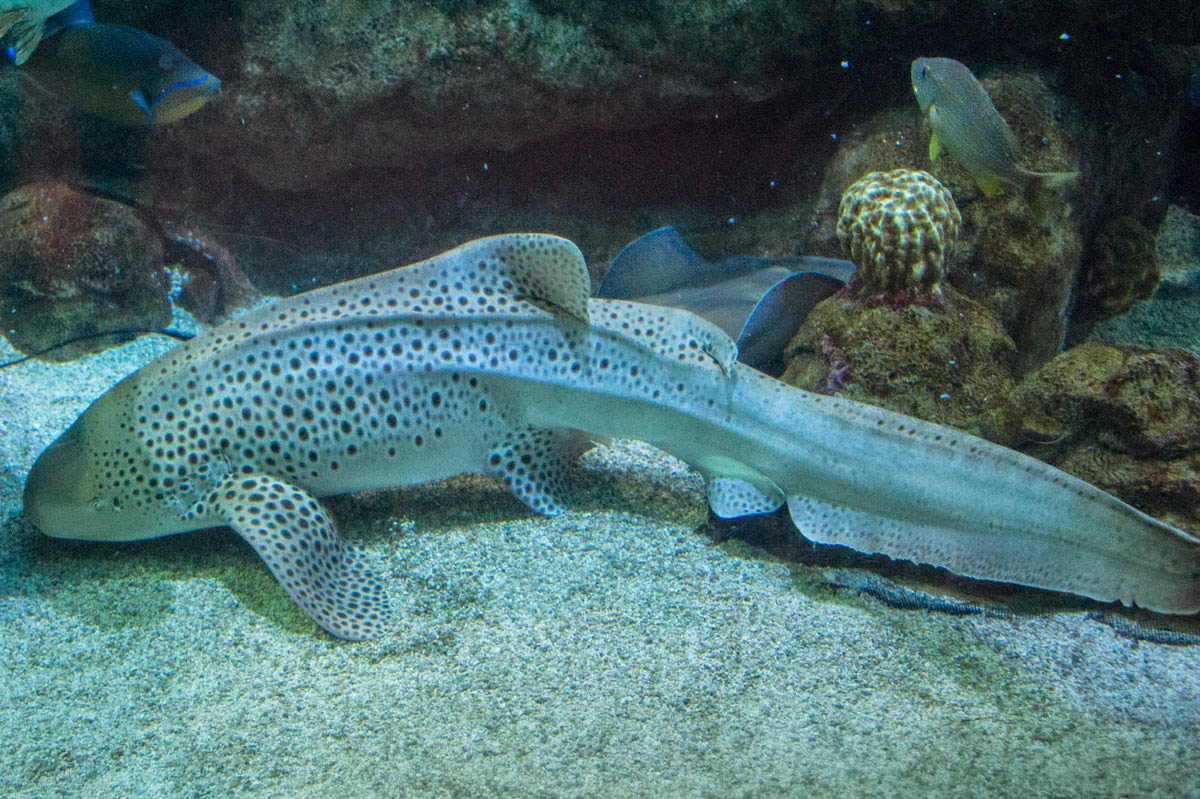 Many stingrays were on the bottom fighting over two small dead fish.  Here's the top and the bottom!! 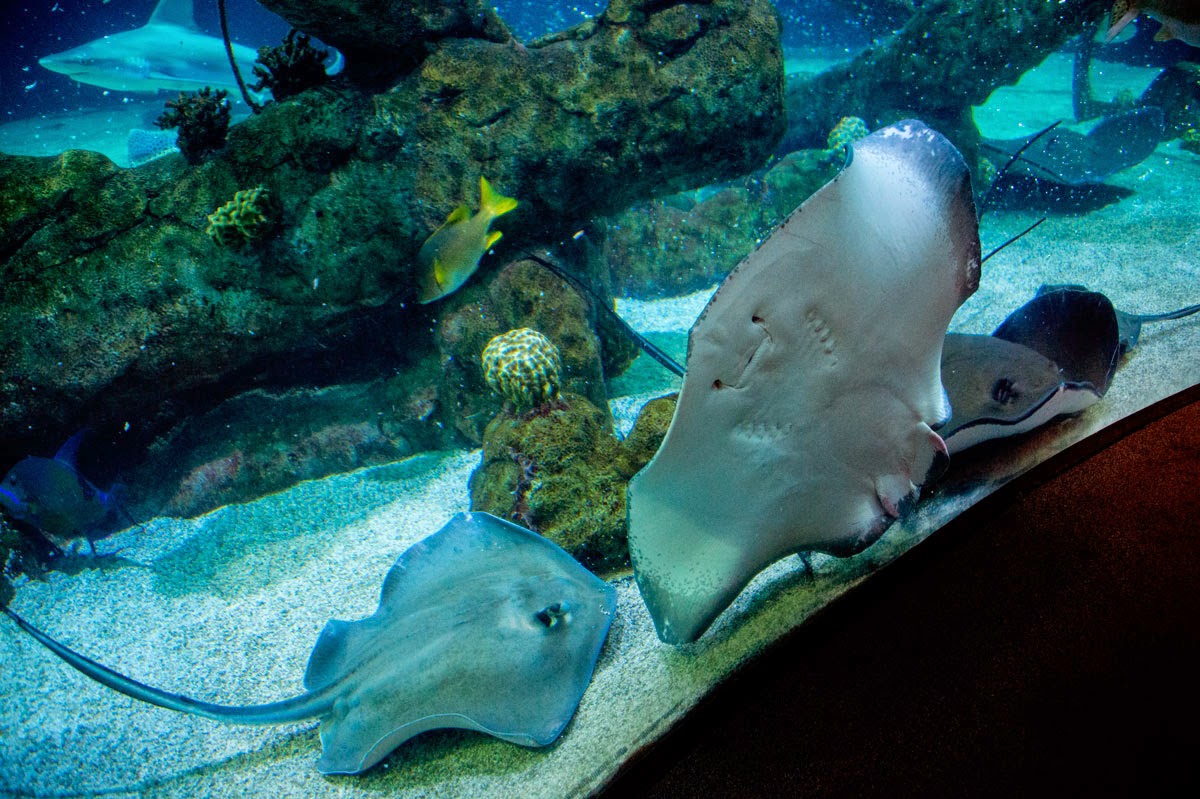 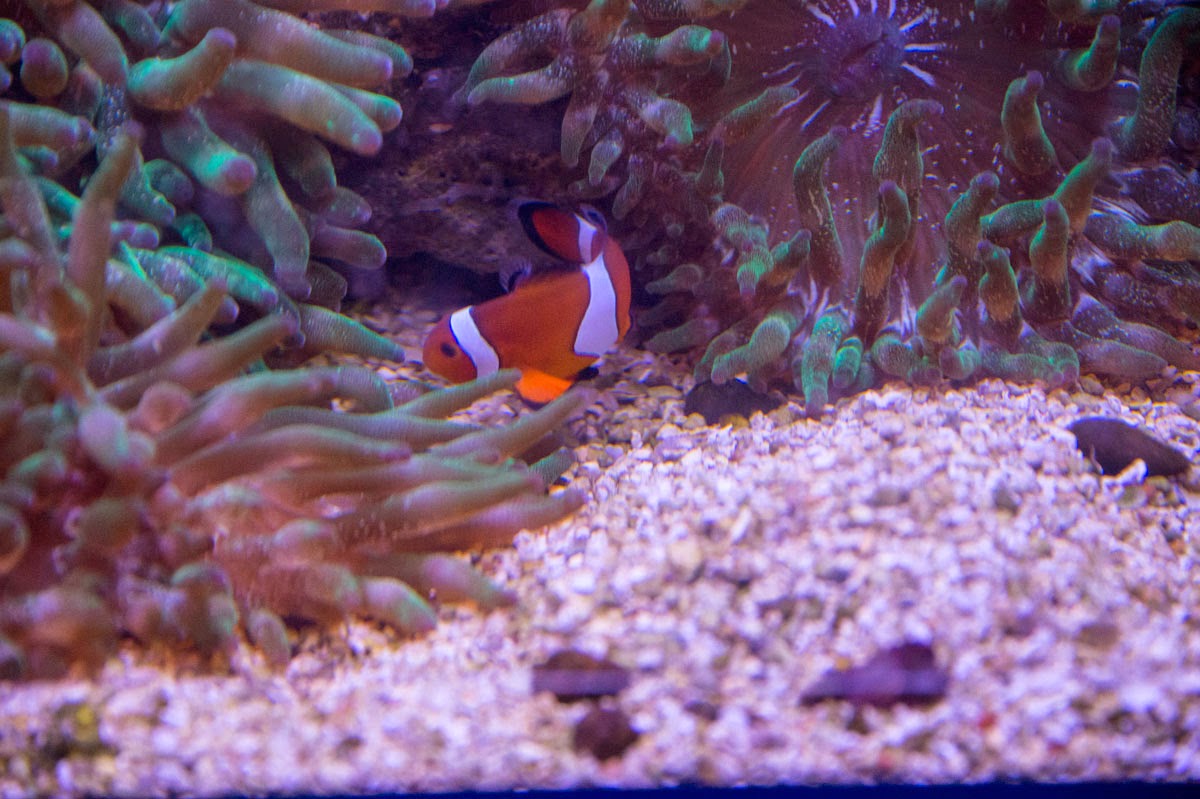 Another amazing one I've not seen alive is this giant clam, maybe two feet across.  Don't get your foot caught in one of these guys!!! 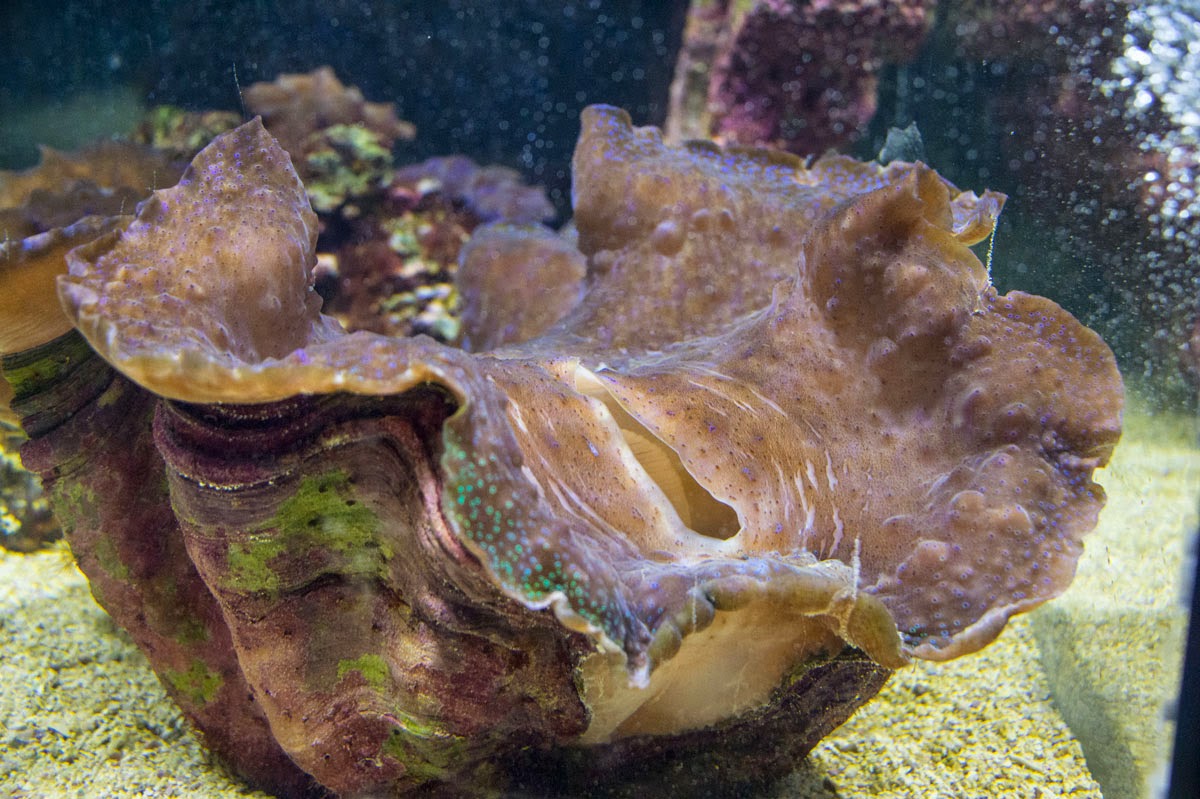 A quick stop in the gift shop on the way out netted Barbara and I new sun hats.  It won't exactly go with my cowboy boots ..... 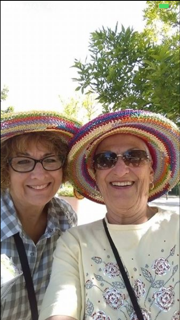 We stopped at Costco on the way home for the biggest bottle of Advil PM I could find.  So far it's working pretty good!!!  Today we mosey on down the road to Tucumcari!!