I don't know what happened.  I used to be one of the biggest shopaholics around.  Not that there's much in the way of shopping round here.  I had to force myself to head to town in search of the elusive blue blazer.

I neglected to mention the Cinco de Mayo celebration at the Elks.  Actually it was a meeting, but luckily we hit the lotto ... REAL carnitas cooked in copper pots.  What a treat THAT was!

I should have taken a picture but was completely distracted by our newest member, an organ/piano player. There hasn't been any music at the lodge meetings in something like 18 years.  What a nice surprise.  Well, it might have been, except she mentioned to me she hadn't played since fourth grade, although I was sure I heard her wrong.  No biggie we said.

She's a very sweet girl.  She also mentioned she was taking internet lessons.  We were enthralled with her two finger version of the Star Spangled Banner.  I look forward to her performance at our installation in two weeks.  Encouragement is a good thing.

Also at that meeting, I was told my Levis and boots were not acceptable when "company" comes to the Lodge.  I convinced them my old pair of gray Levis will suffice, but only if I find a navy blue blazer.

Anyone been to Penney's lately?  Walmart has better clothing.  If you are a guy, half the store is yours.  Kids and women are scrunched around the outside edge of Sephora which takes up at least 1/4 of the building.  I found one white blouse.  That's it .... not even a second one to try on.  The blazer is still elusive. 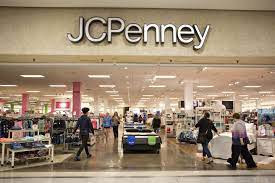 To make myself feel better, I went back to the Chicken Wars with the latest and greatest sandwich, rated #2 by the Photography World.  It took 30 minutes from the time I ordered at the drive-up window to get up to pay.  I've no idea why, but you're pretty much locked in with no way out. 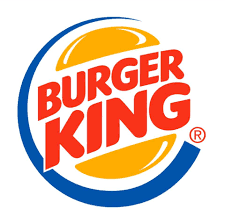 So here it is, in it's $9.50 glory.  The HAND BREADED chicken sandwich.  Yes you are right, there is no chicken on the entire right hand side of the bun.  It was okay I suppose, with a thin piece of chicken covered in half an inch of crispy breading.  The fries are terrible.  I ate it, but Popeye's still reigns KING of the chicken sandwiches. 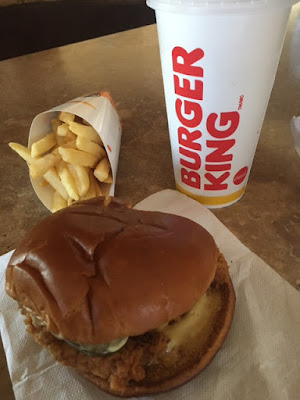 This is a shorty this morning, as I'm off very early to the Elks Lodge to prep for the Mother's Day Brunch Sunday morning.  It's free for all ladies and all you can eat ham, hash browns, eggs two ways, sausages, biscuits, gravy and waffles with strawberries and whipped cream.  There's more, but that's the basics.
If I have time later today, I'll look for old BLUE on the internet.