Meet J. O. Hanthorn ... At 11 years old, he learned the tinsmith business in Portland after arriving with his father from Ohio.  At fifteen, the salmon business on the Columbia River caught his interest where he became superintendent for Mr. Hume's cannery, the oldest on the coast.  That name sound familiar?  It's the road I took to the top of the hill for the bridge picture.  Pretty soon, Mr. Hanthorn owned the whole shebang.  He made sure his product was the best on the market and even provided a warranty. 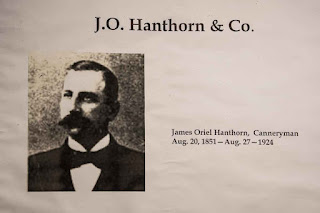 So as you are headed to Coffee Girl at the end of Pier 39, you will see the old cannery built in 1875, almost completely intact. 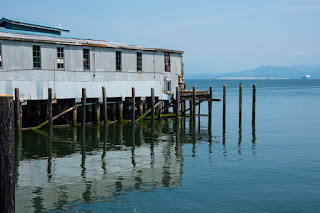 Kind of weird, but the oldest building was placed on top of another, becoming the second floor.  Just past this sign is the entrance to the museum on the right.  There's no charge, in fact there wasn't a sole around when I was there.  Just walk right in, watch the videos if you wish and check out the history. 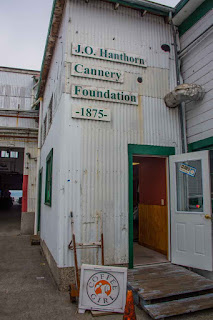 Spread out through many rooms, there are even old boats, including this one that used to haul the salmon to the cannery ... or actually be towed to the cannery.  Back in the day, the salmon were caught with nets, providing a bumper crop and loaded into boats for the short trip to processing. 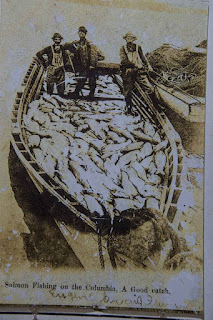 Once cleaned, rows of women with huge butcher knives, cut the fish and packed it into tin cans.  That's what gave Mr. Hanthorn his edge ... having trained to be a tinsmith. 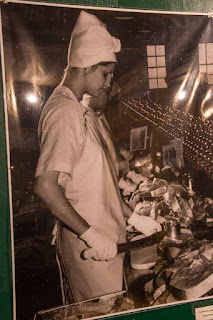 Once the cans were packed, they were run through all kinds of crazy equipment (who in the world invented THIS mass of wheels and rollers?) where they were sealed.  Next up ... cooking. 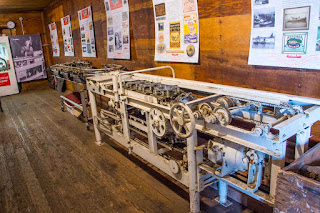 This looks like a pretty small pressure canner to me, but apparently that's what they used.  In the next room are huge generators used for the cold storage facility. 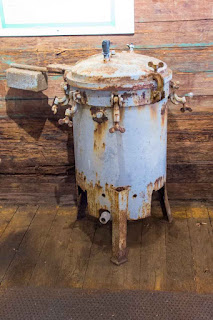 Then on to the labeling machines.  This cannery produced 30,000 cases of canned salmon every year. Most of the labor came from Scandinavia and China. 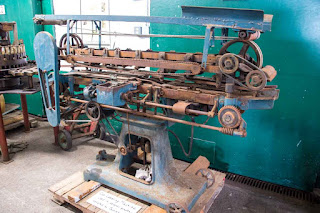 Salmon wasn't the only product.  By the 1920's, the salmon were seriously depleted, so they canned tuna instead under the familiar name of Bumble Bee. 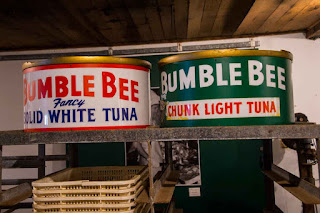 Unfortunately, in 1891 James' daughter Hazel fell through a trap door in the boatshop floor and drowned.  He never recovered and later sold the business to the Columbia River Packers Association.    Over the years, new cold storage buildings were added to Pier 39, soon becoming a copper shop, a butchering room, a net wharf and even a Chinese Mess House.  Now it holds the Rogue Public House, a scuba diving shop and even a couple of lawyers, not to mention Coffee Girl.

On the way out, I discovered what looked like a train trestle to the cold storage building.  The rail lines run the length of Astoria right next to the river's edge.  Whether for trains or trucks, they still stand like they were built yesterday. 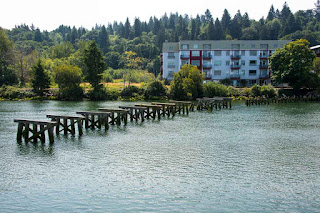 It's a great museum that hardly anyone knows about or visits.  Check it out ... they've got some fascinating stories and pictures, along with all that canning equipment.

Back home, I whipped up a huge batch of mac n cheese.  Not the best thing for a diet, but sometimes you just need comfort food.  I think it has something to do with the foggy, totally overcast, misty, wet COOL, sunless days since I've been here. 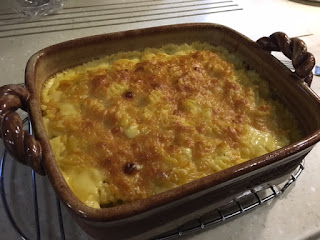 Yesterday I played musical chairs with the rig and got soaking wet trying to get flower/lighthouse pictures.  Who would have thought they had sprinklers!!!