Never give up is my new mantra.  Although treasure hunting can be fun, it can also be frustrating.  Just outside Fort Columbia while on my way to Seaside for doggie and bird supplies, I spotted a geocache on my phone.  An easy pick just outside the entrance and on top of this concrete ordinance bunker.  During the cold war, it became the headquarters for all the high ranking officials of Washington State. 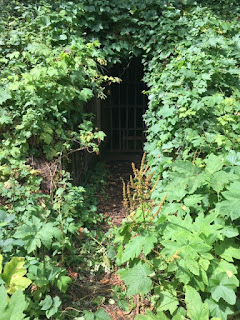 On top of the hill, I found the "tree", but the cache was "underneath a fern".  Can I tell you how many ferns there were around that tree?  Hundreds.  There were also hundreds of slugs.  Trust me, there's nothing worse than stepping on one of these 6 inch long behemoths!!  I searched and searched, getting stuck with berry vines galore and inhaling millions of fern spores as I moved them around.  Cough cough!!  This is not fun at all!!  After thirty minutes, I dejectedly stomped back down the hill. 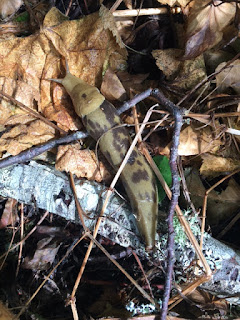 The next one ... a HOLLY tree.  That should have been my first clue to pass it up.  But NO ... never give up ... so I followed all the little trails around SIX holly trees, getting stuck from every direction.  I got my hair entwined so bad in one bush that I had to break off the branch to get unstuck.  At long last, I FOUND IT.

The log book was teeny tiny and stuck inside.  As I held my pen, I banged on my keys to try and dislodge it.  SUCCESS!!  Except where did my pen go?  I've got the container, but no ink cartridge!!! Well for heavens sake ... this is fast becoming NO fun at all.  Luckily I had another pen in my car to sign the log. 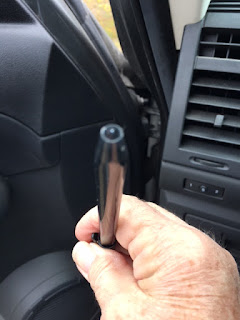 On to the next one, I dodged around big delivery trucks at Home Depot, parking in a red zone next to a fire hydrant.  Using my car as camouflage, I snuck up to the light standard and grabbed the prize, only to find another log so tightly packed in that it wouldn't come out.  RATS!!  I forgot my tweezers.  In geocaching, you're supposed to carry a small bag of things like mirrors to see underneath bridges, tweezers and magnets on a stick, because sometimes people hide things weird places.

Next up, the Wildlife Refuge chock full of berry vines, mosquitos and ducks.  Are we having fun yet? 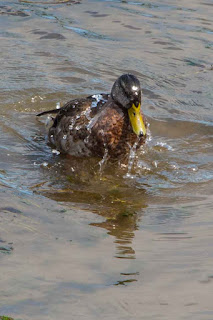 This is the Chinook River running through it.  With no signage, I turned right down a narrow gravel road to a small turnaround.  Another hidden gem.  What I didn't find was the geocache.  What I DID find are the biggest berry bushes in the country, full of ripe berries.  If you're up here and need some for jam, I can tell you exactly where to go. 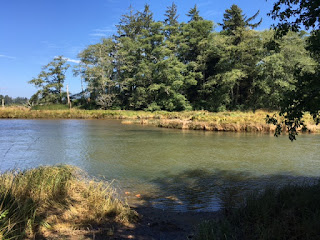 Who knew there was an airport between Ilwaco and Chinook?  You find the most interesting things driving around all the back roads that hardly show up on any map.  This is Stringtown.  The early seine fishermen found this to be an ideal spot to repair their nets during the winter months.  It was named Stringtown due to all the tarred string left on the ground from their repairs. 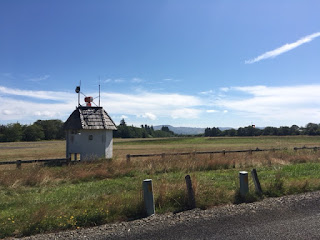 Here is the original site of John Edmund Pickernell's grave.  He came to Oregon in 1837 as an employee of the Hudson Bay Company and married Emaline Redhead, a native American.  He was a bar pilot for many years until the Meriwether ship wreck in 1877 when he lost his life. 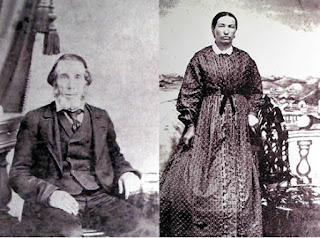 His remains have since been moved to the Ilwaco cemetery with this monument left in Stringtown.  Unfortunately, another dud ... the cache was missing. 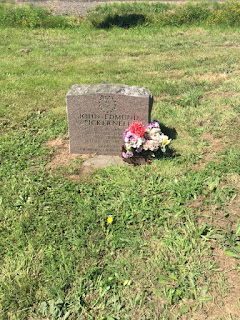 After gathering all the supplies I needed, I returned to get one last cache before heading home, only to find THE TRACTOR.  He was supposed to be mowing the roadsides, but chose instead to park in the small parking lot where the cache was.  I waited on the roadside, hoping he would get on with his work, but he just sat there like a good State employee.  Maybe it was lunchtime.  Fifteen minutes later I relented and left. 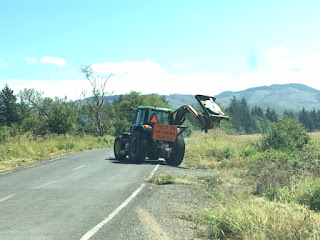 To end the day on a high note, I noticed when I got home I had this lovely red mark on my arm.  OH NO!!  Probably poison ivy ... the perfect end to a not-so-perfect geocaching day.  I remember in Fort Columbia being caught up by a bush that wouldn't let go, so I ripped my arm loose.  It burned.  I scrounged for something to put on it.

Finally, in desperation, I called Nurse Patty.  After slathering everything I had on it while it swelled to ever greater heights, I tried to sleep.  Nope ... not happening.  Two pills later, I must have dozed off.  In the morning it was MUCH better, thank goodness!! 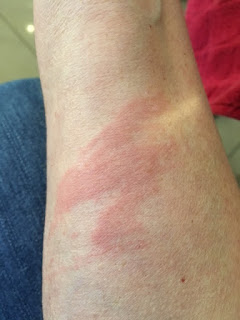 In all I think I tried for ten caches, only getting happy faces on four.  It's an app on my phone ... log a find and you get a happy face.  I'm still picking leaves and stickers from my hair, not to mention my clothes.  Maybe this isn't the hobby for me after all!!  Like the coyote pictures however ... NEVER GIVE UP.

I'm thinking I may just hang out in Ledbetter for the next couple of days.  As I drove across the Megler Bridge to Astoria, the 30 or so fishing boats had swelled to hundreds ... literally blanketing the bay.  They are also swarming the RV park!!

I asked how the fishing was and one guy said terrible ... but the big Salmon Derby is this weekend.  It might be a good idea to stay home instead!!