A Walk On The Wild Side

Way up North is the little town of Oysterville.  Settled by John Douglas in 1841, he married a Chinook Indian woman and set up housekeeping.  Originally the County Seat, there was soon to be a war in which all the County records and books were stolen and moved to South Bend Washington.  The County Seat went with them.  Now it's known for it's oyster farming operations.

Full of beautiful old houses, the town would have been lost to the sea but for a group of people who got it placed on the National Register of Historical Districts.  Personally I think it's the best place to live in the U.S., except maybe for the trip to town for groceries.   There are no businesses, no trinket shops and no food unless you like to gather and eat oysters.  Uh sorry, but NO.

Town is kept neat, tidy and mowed.  Except for the paved main street, most roads are grass.  Yup ... streets of grass.  You'll see the signs ... just pull in and park on the lawn.

Your first adventure should be to walk down the grassy lane to the water.  You'll find large mowed areas around benches where you can sit in absolute peace and quiet. 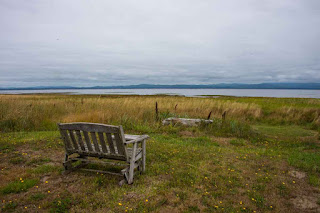 If that's not your thing, just look up.  You'll see birds flying and squawking everywhere.  Pretty much, the Willapa National Wildlife Refuge surrounds the little town.  Keep going down toward the water and you'll find a neatly trimmed pathway along the entire length of town. 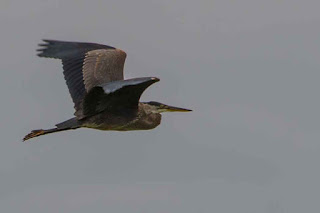 Watch where you step.  This is the wild side of town.  I'll give you three guesses.  More bear scat!!  They are certainly making their presence known around here.  It's a banner bear year!! 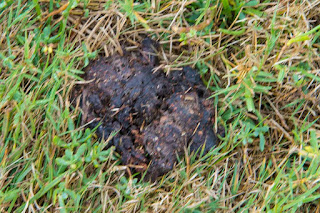 The views are spectacular!!  Don't pay any attention to those areas where the grasses are crushed to the ground.  It was probably a bear bed the night before. 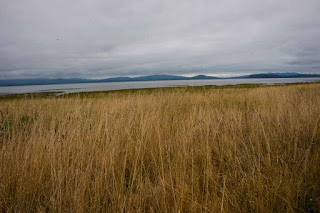 At the very North end of the path, you'll find Oysterville Sea Farms.  Just walk right in.  They have lots of goodies to eat on their back deck while you watch the tide go in and out of Willapa Bay.  It's the most relaxing place ever. 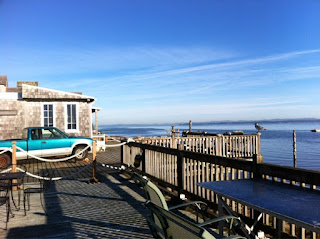 From the Oyster Farm, head back to town, walking down Main Street.  You might run into the local artist Wiegardt giving lessons on painting these fabulous old homes.  If you're a painter, you can join in. 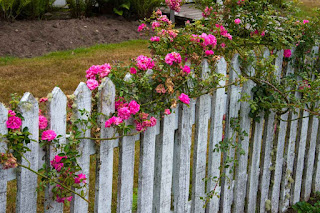 I was more interested in the flowers than the houses.  Mostly because there are two magnificent homes for sale.  I already bought one in Arizona .... I don't need another one here, so I put on my blinders and passed them by. 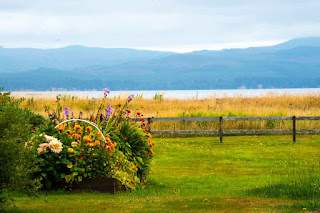 As I walked down the street taking pictures of flowers, I noticed two deer statues in the yard.  WOW!!!  Those look SO real!!  I walked along further.  Gosh, I've never seen one look SO REAL.  Well you dummy, that's because they ARE real ... so I started snapping away.  Momma never moved a muscle.  She froze just like a statue!! 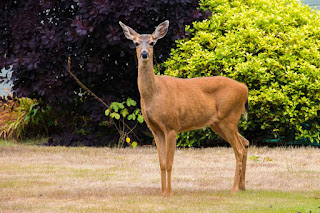 Baby froze too, but couldn't stand the pressure.  In no time, his tail went straight up in the air and he did that funny little bunny hop right off into the bushes.  Can you imagine looking out every morning and having these guys in your yard?? 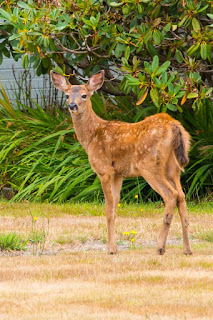 There's many more pictures ... I'll show them to you tomorrow.  On the way back home, I stopped in for a geocache ... after all, I've nothing else to do ... and discovered Beach Bites.  Where I come from in Central California, there are tons of these wagons ... almost always delicious Mexican Food.  This turned out to be something MUCH better!! 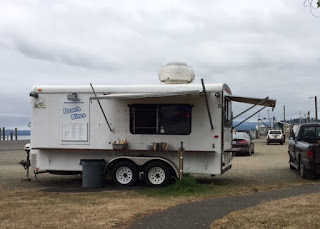 Behold ... the best Cubano sandwich I've ever eaten.  Not thin slices of pork and ham ... not thin slices of ANYTHING.  Huge chunks of tender pork with a slab of ham, covered in melted cheese with dill pickles and mustard.  Talk about yummy!!!!  It comes with fries for $9.00 (maybe it was $8).  There's more than enough for TWO people.  There was lots of other things on the menu from fish and chips to chicken strips to burgers, but THIS was the BEST!! 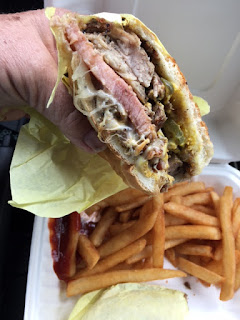 It's looking like this will be the only picture I get of the eclipse today.  We're socked in with fog.  The only alternative would be to fight the traffic to Portland early on a Monday morning.  I'll pass on that option.  So whoever gets pictures, send me a few and I'll post them on the blog!! 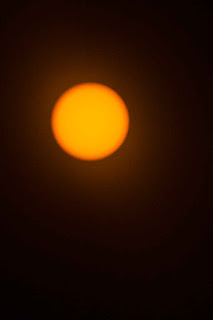 Unlike normal Mondays, the park is still full to the brim.  The good news is they never get up until 10:00 and aren't out and about until noon.  That gives me plenty of time to explore before the crowds hit.  I've never been in the Cape Disappointment State Park campground area.  I hope to check that out today!!