Keeping In Touch With The World

You might not think too much about communicating with the world when you have family at home, but for those of us who are single and only have our dogs, cats or bird to talk to, staying connected is a major part of our day.  It keeps us from going crazy ... mostly anyway.  As I bid a sad farewell to friends Terry and Nick Russell, I felt a sense of disconnection from everyone.  Time to make sure my internet service is not interrupted!!

When I heard that Sprint bought out Clear (my carrier), I've been pretty nervous wondering what service I could get to replace my internet connection.  I have a Sprint MiFi that I use in the rig on the road, but it does not work at my house.  No idea why, there is a tower less than a mile away.  Although I live in the country, there are several small 1-2 acre lot subdivisions around, so you would think SOMETHING would be available.

Xfinity or Comcast ... you are required to sign up for television also, but I have a fairly new contract with Direct TV.  No TV contract, no internet service.

Sprint ... I already know it doesn't work here and according to the gal on the phone, towers won't have new Sprint equipment that WILL work for several years.

HughesNet ... very expensive, they install a dish on your roof and usage is cut way back if you use as much as I do.

Lastly ..... Verizon.  You can actually get this little Jetpack WITHOUT purchasing a phone.  In fact, this unit was FREE, plus there is a $50 rebate to reimburse you for the taxes (remember it's California) and the $40 connection fee.  That's what I'm using this morning, and I have to say it's working VERY well so far.  I have 14 days to return it if I decide it's not working good enough ($35 restocking fee), but when I pushed a little, I was told I could bring it back in three days at NO charge. 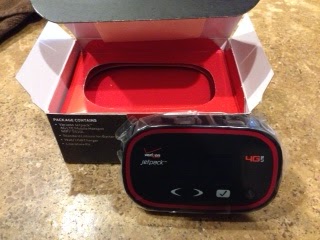 Unfortunately, there is no more unlimited service like my little Sprint MiFi for $60 a month.  I have used that one while on the road for about 8 years.  I was just notified that it will no longer work after November 6.  This new Verizon unit will cost $90 a month for 12 Gb of data, which I can lower if I find that to be too much.  I'm guessing I use around 8-9 Gb.  In the end, if the Verizon works as expected, I will actually save $10 a month and still remain connected to the world.  The isolation factor drops to zero for me.   I just hope it works as well on the road as it does here.

Back to the speaker problem in my house ... the speakers don't work without the wall control.  Wouldn't you know, it came the day my electrical experts Nick and Terry left town.  I thought this would be a piece of cake, but it's more like an overbaked rock hard brownie!!  They are talking Ohms and resisters and impedance ... what the heck is all that?  The setting also depends on how many speakers are connected ... but I have no idea since I didn't do the wiring.  There are five more in my living room ... are they connected to this?

The place I purchased this from said their support guy would help me if needed, so I'm definitely going to have them on the phone while I try to hook it up.  At least I can't get electrocuted ... Nick promised me there was no power attached to the box. 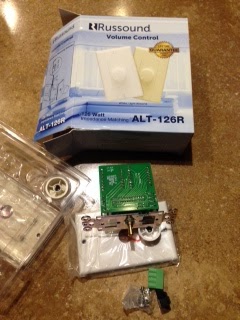 Just as a general safety precaution, I called in a locksmith yesterday to rekey my entire house.  I've given out many keys over the years, assuming I collected them all.  Since my memory isn't what it used to be however, I figured it's better to be safe than sorry.  Talk about service ... he showed up 30 minutes after my call and took about 30 minutes to complete the job.  At $121, it was definitely worth the peace of mind.

Today I will return all the electrical parts and pieces we didn't use in the light fixture rebuilds and hit the grocery store.  Miss Terry has given me some great ideas and recipes I want to try!!  Now to get on-line and learn all about impedance!!

Posted by Nancy Kissack at 7:39 AM