Finally ... the Thanksgiving full moon!  I actually remembered to go outside and set up my tripod for a picture with my new lens.  It probably would have been a good idea to try the setup first.  The lens is so heavy, not to mention the weight when it's attached to the camera .... that the tripod wouldn't hold it at an angle.  I'm sure there is something somewhere on that joystick head that will tighten it down, but it's kind of hard to see in the dark!!

This is just so cool .... if you enlarge the picture, you can see mountains and craters.  I never really noticed that before.  It also helps if the moon is just rising.  Once it's a little further up, there's too much light from the sun to see anything but a big blob!! 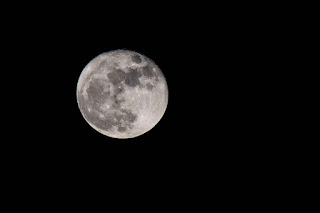 We had a severe freeze warning for the last two days, putting the chill in everything except the roosters who were again crowing as I snapped these two pictures.  It almost looks like I'm on an island in the ocean instead of just down the street. 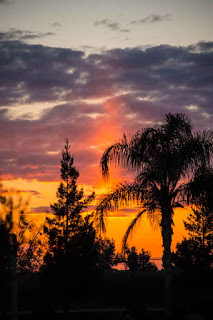 Okay, I admit I took the light pole out of the picture with a new trick I recently learned, but the rest is just as spectacular as it was in person.  At a chilly 32 degrees, I didn't stay outside long!! 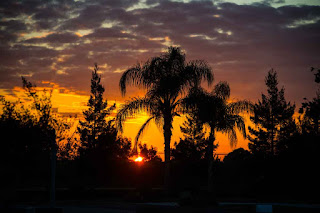 What's better than one Thanksgiving dinner??  TWO dinners!!  My long time friend (we worked together at the County for about ten years) invited me to dinner with her family.  It's one of those funny coincidences ... I worked with her Dad at the County years earlier, graduated from high school with her sister, then ended up working as an accountant at the desk next to her.  This is her grandson Braden, chowing down on a turkey leg. 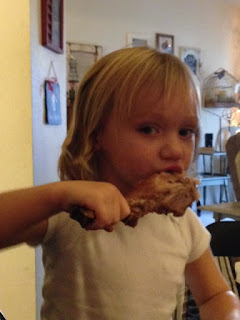 They have a crazy device I've never seen before.  It's an electric turkey deep fryer (no flame, no fire).  It takes about 8 quarts of oil and heats up while you prepare the turkey in a basket.  Then you gently drop the basket down into the oil.  That 14 pound puppy cooked in 50 minutes and came out mighty tasty and juicy!!  Even the packet of giblets cooked right along with the meat.  See ... I'm not the ONLY one!!!

Since I made that new recipe cheesecake, I volunteered it for dessert duty.  I was pretty skeptical since as I took it out of the oven, butter ran out the bottom of the pan.  I loudly proclaimed a disclaimer when we cut it up for dessert, but I have to say it came out wonderful.  Not dense and hard, but soft and DELICIOSO!!  This Paula Deen pumpkin cheesecake recipe is a keeper!!! 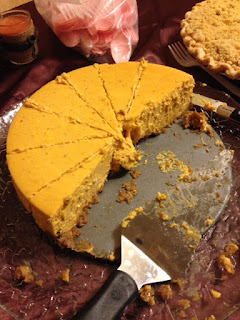 Most of it disappeared immediately, but I was able to salvage a piece to take home, which I just ate with my coffee.  Since I have all the ingredients and this dessert freezes really well, I'm going to make another one!!

Two days of Thanksgiving, how cool is THAT!!  And I thought there would be NONE!!  Now to gather up my checkbook and begin my Black Friday shopping on Saturday!!  Mama needs a new bed!!!