My Batteries Are Getting Old!!

I hear that everyone slows down as they get older and some even need to get their batteries recharged.    For some reason, that's seem to be my problem too.  I think the last big storm that went through sucked the life out of everything.

With my basket of stuff to be packed in the rig overflowing, I hauled it to the door, only to find that the key fob isn't working.  I would think the battery would last longer than three years, but it appears to be dead as a doornail.  While balancing the basket, I unlocked the door with a key, and got no further than the second step before I heard the chirp.  You know, that annoying chirp from your smoke detector, telling you the battery needs to be replaced?

This version is from Mac the Fire Guy, one I purchased and placed in the bedroom of my rig.  Once I figured out how to get it off the ceiling, I replaced the battery .... FOUR times!!  It just didn't want to work.  Of course I assumed my stash of batteries was old, so my first trip to the store, I got a new batch.  NOTHING.  It wouldn't work.  How irritating is that!!  I finally figured out the two silver prongs weren't making good contact.  Once I pulled those out a little, even the OLDER batteries worked. 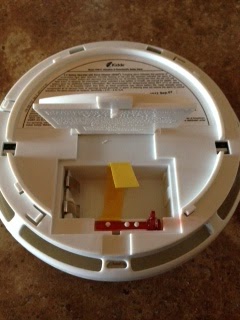 With cold weather upon us, I trotted off to Lowes for some pipe insulation to prevent freezing at my well, and discovered a Harbor Freight in town.  The good news is that when you walk in to this NEW store, it doesn't smell like most!!  Eureka!!  I picked up a few items, as well as those pick-up-trash devices for the cleanup crew in Indio.  They will all be thrilled not to have to bend down and pick up all the trash!!  At a cheap plastic price of $1.99 each, I doubt they will last long, so I may not even need to find a place to store them. 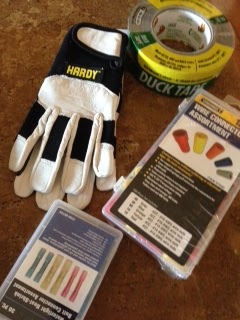 When I got home and walked in the door, I heard that familiar sound again ... chirp chirp chirp.  My alarm system was the culprit this time.  I messed with it for ten minutes before the phone rang.  They said I hit my emergency call device, which is in a bathroom drawer 50 feet away.  Upon checking further, my system said it required service ($$$$).  The nice lady on the phone said she had a low battery warning.  Here we go again .... my batteries are giving out.

It took me awhile to figure out how to access the panel, but I finally found the little black box.  I'm not sure where to get another one, maybe Lowes or Home Depot.  It only has two connections, so I can't mess this one up too bad!!  I AM glad it happened while I was home!! 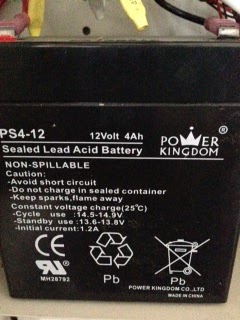 I know everyone is wondering what happened THIS time at the Elks Magic Kingdom night.  It's always something, right??  One of the peasants, a regular big spender, decided to try and scam us, a pretty daunting task when you are facing the Accountant and the Lawyer.  He said last week he gave us a $50 bill and two $20's to pay for his cards, which I remember came to $67.  I remember because he made a BIG stink that the Lawyer overcharged him $5, which we returned to him.  Never NEVER try to scam an Accountant over money!!

First, why would you give us $90 to pay for $67 ... we would have returned one $20 to you, as we really do count what you give us.  If we DID take $90 and didn't give you change, our cash register wouldn't have balanced at the end of the night ... and we DID balance.  Don't even THINK about accusing us of taking the $50 ... neither of us need the money and our cash register would have been short.

He finally left in a huff ... mad that his scam didn't work.  It's amazing to me how many of these people try this stuff.  Maybe it works on the OTHER bingo games around the County, but it doesn't work at THIS one!!  What was he thinking????  I'm sure I will have to talk to the King, since everyone that complains about anything, runs to him to snivel and cry.  Trust me, the King won't argue with the Accountant or Lawyer, once he hears the story!!  So why do I keep volunteering?  Everyone needs SOME excitement in their life ... it keeps your batteries charged!!