In spite of all the dire warnings I have received over the last week, the world did not end last night at midnight as promised.  Armageddon has apparently been delayed.  The sun is coming up as I type, it's a balmy 50 degrees, my well is still producing water and I have electricity.  I also have an internet connection on my old system as evidenced by the green lights on the antenna and the fact that I'm typing this ON THE INTERNET.  You were right Nick Russell, the connection still works.

I doubt I have ever received more threatening emails than I did yesterday ... six of them ... thanking me for being such a great customer, but the guillotine of Sprint was cutting me off at the head ... NO MORE INTERNET SERVICE.  Go immediately to your local Sprint store and sign up or your world will come to an end.  Maybe they got the date wrong ... do you think they got the date wrong?? 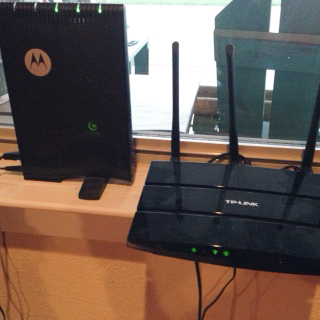 My little Sprint MiFi still works too ... sort of, it's a terribly weak signal.  Of course all that could come to an end at any moment, but in the meantime, I'm going to use the heck out of it ... apparently for free!!  At any rate, I still have about ten days to decide if I'll keep the Verizon unit or not.  It's interesting to note that when I DO log on to the internet, there are a huge number of new carrier signals that my computer is picking up.  Apparently everyone in the neighborhood went out and purchased new devices.

My local United States Postal Service was another story.  I suppose you could say mystery solved, but this is a pretty ridiculous story I imagine many of you have already heard at one time or another.  I'm looking for a package from Amazon that should have been delivered last Wednesday.  When I checked the tracking, it said NOT delivered ... change of address.  That's funny, they have been forwarding some of my mail to the new UPS box and leaving some in my old mailbox.  Why wasn't this one delivered?

Here's their story ... they got the package here in my town, and instead of just delivering it to my house or to the new UPS box across town, they sent it back to Sacramento, then back to San Leandro, where they will put a sticker on it with my NEW address, then it goes BACK to Sacramento before it will be delivered to the UPS box.  That will be at least another week ... thank you very much!  Are you kidding me?  No wonder you guys are going out of business!!  Why not just deliver it to either address, which you obviously have on file, like you've been doing for the last several months?

I was so upset I came home and baked a huge batch of cookies.  There's nothing like eating a dozen or so to calm your nerves!! 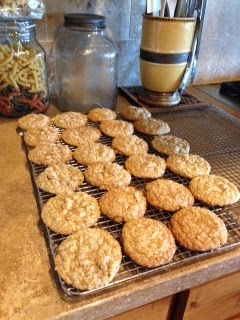 THIS mystery was less of a mystery, but one I know we have all shared.  The inimitable disappearing sock!!  I don't know about YOUR washer and dryer, but MINE eat socks for lunch quite often.  I even have a stack in the drawer of lonely singles looking for a mate.  When I discovered this one on the dryer, I was thrilled to know that one would finally be reunited.  Trouble is, it's a size too big, and I'm pretty sure I don't wear Hanes socks.  Miss Terry ... I think this one's for you!!  Just send me your address and I'll put it in the mail!!  Don't expect it for three weeks though ... it has to go through channels!! 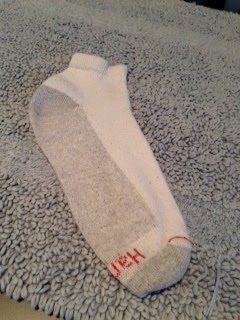 I heard several little sobs from my sock drawer when they learned this guy wouldn't be staying.  I guess I better go look in the RV and see if I can find a few mates.  Otherwise, I'll have to buy some more ... I'm running way too low in the sock department!!