The Saga Of The Pictures

For the most part, I don't take pictures for anything other than the blog.  Occasionally however, there might be a good one I want to have enlarged.  Such was the case with the Megler Astoria Bridge in Oregon.

The thing is, if you want to have landscape pictures enlarged, you have to use a tripod and different camera settings.  You also have to keep in mind that the camera takes pictures one size, while ALL printing uses other sizes.  In other words, if I enlarged this picture to 11 x 14, I would lose about 1/3 of the area.  That means you have to stand back FURTHER and take a bigger picture that can be cropped to printing sizes, which of course I never remember to do.

Wouldn't you think the camera people and the printing people would get together and make them the same??  Oh no ... that would be too easy!!

So I spent an entire month uploading four pictures to a professional printing company.  I had to download their software first, then upload my images.  Their software decided not to work for about three weeks.  Eventually, I sent them off, only to get an immediate phone call.

After another week of not catching up with them, I finally reached Eddie.  Eddie told me my pictures were horrible, terribly out of focus and they did NOT want to print them.  I know I didn't shoot these for enlargement, but are they really THAT bad??  Yes ..... yes they are. 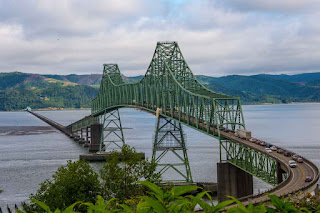 With my ego on the floor, I cancelled the order, but I just couldn't believe they were so terrible.  Just for kicks, I went to the Walmart Photo Printing website.  I've actually printed portraits with them and they came out just great.  Suzy's mother said it was the best picture she ever had of Suzy.

An hour later they were uploaded, with a promise they would be ready in 4 hours.  You're kidding, right?  4 hours?  In no time, I had an email that they were ready for pickup.  I had them printed on poster board since that makes it much easier to frame.  Here's one of two 16 x 20 prints.

Maybe it's the cheap posterboard, or maybe I just don't know what high dollar prints look like, but I think they look just fine!!  No, they are not gallery ready prints to be sold for thousands of dollars, but I'm pretty happy with them.  I ordered four more.  The cost you ask?  $20 vs $70 each. 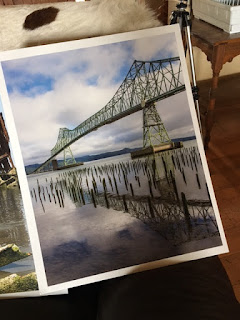 The rest of the day was spent giving Mr. Cooper a bath, his least favorite thing in the world.  I've discovered it's much easier to just roll up my pant legs and get in the bathtub with him.  That way he doesn't try to jump out.  After a quick brush and hair dryer workover, we plopped on the couch where he promptly fell asleep.  He smells so good and is SO soft ... I should do that more often!! 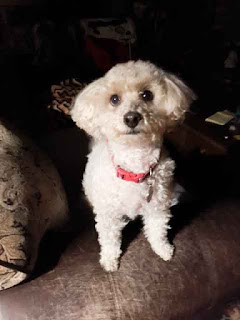 Just got notification that my other prints are done so I'll be heading back to Walmart.