Happy Thanksgiving everyone!!  It's that time of year when we eat until we are full and miserable, just able to roll over to the couch and fall fast asleep!!  I don't make resolutions because I have little to no self control, but this year I'm determined to STOP eating when I'm just "under" full. 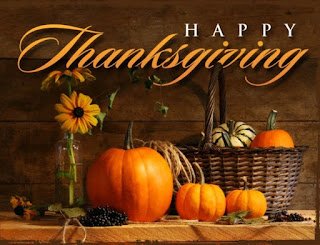 This probably isn't going to help me in that light, but I spent yesterday making pecan pies just for the heck of it.  I was watching that usual Christmas Movie channel where they give you lots of food and decoration ideas.

The main guest was one of the Southern Living Cookbook writers.  If you've ever purchased one of their magazines, you know the recipes are usually delicious.  I learned something very important.  PIE is all about the filling ... no one cares about the crust (although it SHOULD be edible).  Most all of those amazing pies in the magazine pictures are made with pre-made store-bought dough.  Who knew??

They just made my life MUCH easier.  The trick is to let Mr. Pillsbury sit on the counter and warm up before handling it ... and don't handle it very much.  So here's my first two specimens.  The only reason I'm making two is because the Karo syrup comes in a bottle for TWO, as do the pie shells and the pecans.  There's no use having this stuff sitting in the cabinet for a couple of years, which is how long it will be before I do this again! 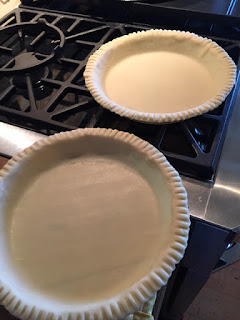 Low and slow it said ... 325 degrees, covered loosely with foil for the first 30 minutes.  Remove the foil for another 25.  They were right ... the pies came out looking like someone ELSE baked them. 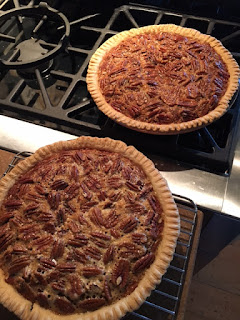 Then came the taste test.  The crust was perfectly cooked, even on the bottom ... and easily cut with a fork.  You usually need a knife with MY pies.  Honestly, I think the longer they sit, the better they are, but this was a mighty tasty piece of pie which I of course smothered in whipped cream.  Here's the thing though ... I love LOVE the filling, but the whole pecans, not so much.  I think next time (in two years or so) I will chop the pecans into smaller pieces and use less of them.  On the other hand, this will make a nice ending to my turkey dinner I will cook today. 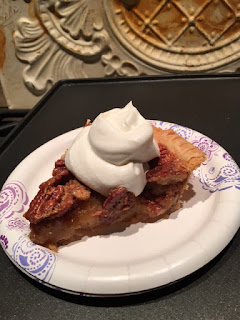 While I was baking, the Tree Company began the huge task of removing my neighbor's mulberry tree that I tried to kill for so many years.  Shhhhh it's a secret!  At any rate, 9/10's of the tree hangs over the fence onto my property where my horses would eat it, making them sick.  I don't have horses any more, but I'm sure glad the tree is FINALLY going to die!!! 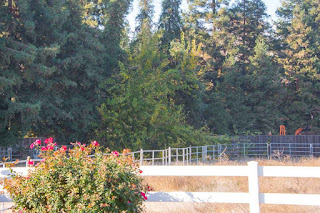 I was a little worried when they took out a huge section of my fence in order to get the branches over to the chipper on the other side, but I was a good girl and stayed inside with my mouth shut.  Look at the size of that thing compared to the backhoe/chipper. 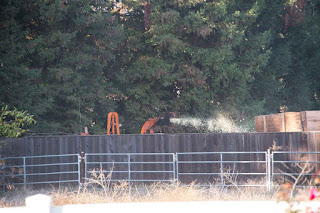 It took about four hours, but was worth the wait.  Now you see it, now you don't!!!  YAY!!!!!  I'm so happy to see that gone before it damaged the fence.  Now if I can just get the guy on the other side to keep HIS trees trimmed up, I'll be in good shape!! 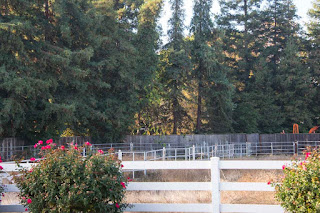 I hope you and yours have a great day ... remember everything you are thankful for and give your family hugs.  You may not need them, but maybe THEY do!!  I'm off to cook my turkey dinner!!