Yesterday was a day to remember Pearl Harbor.  I finally remembered about 9:00 am, after I had written the blog.  I hope everyone gave a little thought to the Veterans and civilians who fought so gallantly for our country on that day in 1941. 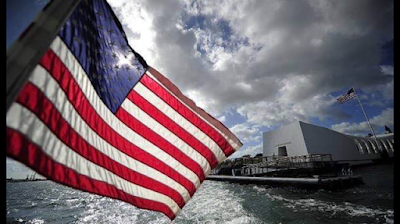 At long last, California is getting some of the wet stuff.  I just wish it wouldn't rain on my parade quite so much.  Every time I plan to hit the Game Refuge, it pours!!  The clouds came up and bowled us over as the rain began to fall.  I don't usually mind the rain much, but today it's blowing and going in all directions and sheets of the wet stuff are hitting my windows in waves. 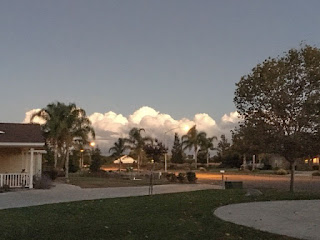 Absolutely nothing else happened yesterday.  I became a little anxious when my phone started acting up, figuring I was going to have to buy ANOTHER $500 masterpiece of technology.  It seemed to be working, but there was no sound.  I finally discovered it thought the earphones were plugged in, which they were not.

After a few minutes of looking, I finally found the REAL headphones and tried them out.  Sure enough, they worked fine.  I just don't want to be walking around with plugs in my ears all the time.  After following all the directions on the internet, as a last resort, I finally stuck it in a cup of rice.

I'm pretty sure rice doesn't work quite that fast, but within 15 minutes, a recheck found the volume back to normal.  I did a little dance.  There will be NO new phone in this household.  At least it SEEMS to be working fine for the time being.

There won't be much of a blog this morning ... I'm rather cranky without my morning coffee.  My new doctor wants to drain some of my blood just to see where I stand.  That will probably lighten the load considerably and lower my blood pressure.  It's really not that high ... only when I'm stressed, like when I tried to chop my finger off or when I dropped my phone.

See you on the flip side!!