Yup ..... still sick.  I knew the second I stepped in to that Doctor's office I was in trouble.  Believe me, it's never going to happen again.  I'm taking my can of lysol with me and spraying a path to the check-in counter.

Honestly, I'm not sure if I have just a bad cold with sore throat and coughing, or if this is the "flu".  In the old days, flu meant upset stomach and kissing the porcelain bowl, along with a fever.  This isn't like that.  What REALLY  irritates me is the Doctor asking if I wanted a flu shot.  When I said no and explained why, he said "okay, I'm telling you right up front that I told you so".  I hate him!!

I would tell you that I might just feel a tad bit better this morning, but I don't want to jinx it.  My throat is still swollen in spite of all the warm lemon honey water I've downed.  So much so that I'm out of honey.  I supposed I'll survive ... at least I have ten days to get better.

Isn't this a pretty picture?  I'm sorry to tell you it is NOT of MY Christmas dinner.  I actually did have plans for dinner, but all that went out the window when I got sick.  Plan B was to make mac 'n cheese and give that turkey cooking another shot. 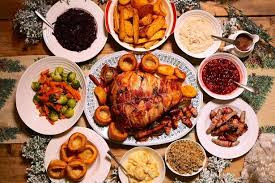 I want you to know that all this experimental cooking I do is so you don't have to!!  If I try out all these recipes and they bomb, then you are saved the embarrassment when company comes to dinner.

First up in the test kitchen .... the cheesy egg chili relleno casserole my Mom used to make.  Unfortunately, her recipe called for cream, which I didn't have.  Luckily (or maybe not) I found a recipe using the magic ingredient Bisquick and low fat milk, of which I had 3 cups left after the cinnamon rolls.

Looks pretty tasty, right?  That would be a NO.  The Bisquick sunk to the bottom in a jelly-like mass while the chilis rose to the top, leaving a thick layer of cheese in the middle, with a little bit of egg thrown in.  Obviously, if you have high cholesterol, this is not the dish for you.  Or me, for that matter.  It was awful.  Skip this one.  A really big dish of oatmeal would have been better. 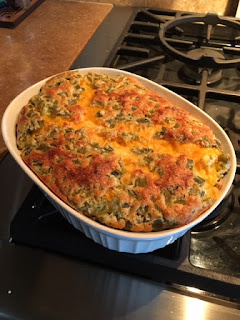 Just before noon I shoved another turkey breast into the oven with the intention of not letting it overcook like last time.  In the meantime, macaroni and cheese sounded wonderful to my sore throat. I gathered all the ingredients.  Wait .... something was missing.  OH NO!!  There's no milk left!!  I used the entire carton for the chili relleno flop!!

Surely I have SOMETHING I can use.  I scoured the cupboards to find two choices.  Chicken broth or sweetened condensed milk.  I chose the broth.  What could go wrong??  I'm here to tell you EVERYTHING!!  Although my brain said mac 'n cheese, my mouth knew different. 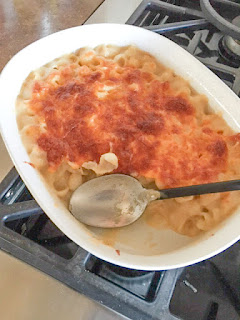 Totally defeated, I went back to the couch with a handful of crackers .  What about the turkey you ask?  Well .............. I have a sneaking suspicion that my thermometer is off.  In a short two hours it read 180 degrees.  Out came the turkey to sit for 15 minutes.  RAW and TOUGH are the only words to describe it.  I put it back in the oven for another hour.

The turkey recipe went in the trash.  It's just not working for me.  The good news is I was able to make a small pot of turkey-carrot soup .... because that's all I had, turkey, carrots and one can of broth.  After simmering on the stove for three hours, the turkey was finally tender.  It tasted pretty good ... as good as anything can taste when your taste buds died on the second day of sick.

I'm back on the couch!!  I should be digging a big hole in the back yard, but I'm too tired. 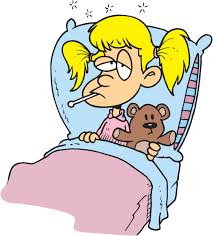 Thank you everyone for the well wishes.  In the depths of my misery, you made me smile!!  I take all of your suggestions literally, including going for a short walk in the brisk air.  I took the garbage cans out to the curb.  I must say I felt better for about 30 minutes.  Today I'll take another walk and bring them back.  Here's hoping I'm over the hump!!