True to Central California's nature, the temperature dropped from that balmy 39 degrees to 31 in a matter of minutes as fog blanketed my house.  I couldn't even see my neighbor's yard until almost noon.  Totally bored after a couple of those tear-jerker Christmas movies, I finally gathered up all my tax information.  That's pretty bored!!!

When the sun finally came out, I figured it was time to head out to the Merced Wildlife Game Refuge.  Way back in the day my Dad used to work there occasionally, running heavy equipment.  It's sort of like big flooded rice fields without the rice.  Instead, cattails grow in the mud providing cover for the ducks .... LOTS of Mud Hens and Mallards winter there.

So I'll make a deal with you .... if you don't ask what this is, I won't have to tell you I don't know.  There actually is a station just as you enter the sanctuary with boards telling you what everything is.  I was in a hurry to get to the far side before sunset. 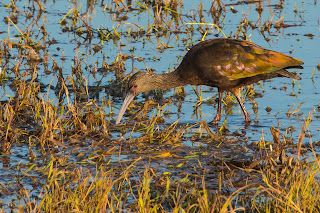 Too bad it was just a little late in the year.  Most of the birds I came to see were already gone with the last storm, including the owl family that usually lives in this dead cottonwood tree.  Instead of the squawking of birds, it was unusually quiet with nothing to photograph. 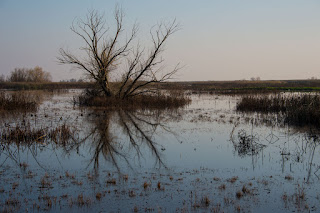 This was my favorite ... reflections get me every time. 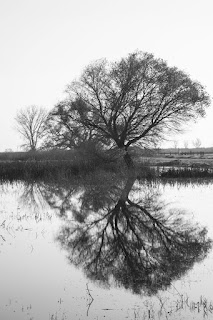 Then I spotted this guy surveying his territory.  I pulled over immediately as a car coming up behind me went screaming by.  Yes, I waved at the nice man.  I figured the hawk was lost to the air, but amazingly, he just sat on the fence post and watched me.  I crawled along the ground in six inches of mud to try and get a better picture. 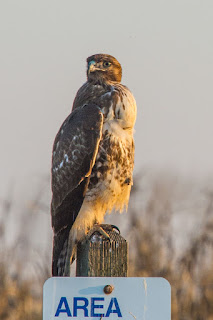 He wasn't the least bit afraid and just followed me with his head the entire way.  Isn't he (or she) a beauty?  Actually, you are not supposed to get out of your vehicle and walk around, but I couldn't help it.  I sat in the wet and mud for fifteen minutes.  Finally I snuck back to the truck and waved goodbye as I scrounged for a towel to put under my wet butt. 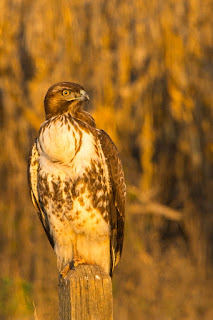 At the far side of the Refuge, I could see this line of white, which I knew were the geese I was looking for.  As I was taking pictures of everything else, swarms of these guys would take off, heading to this spot.  Dinner was about to be served!! 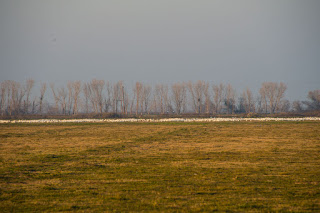 They all looked like they were just standing in one place snacking on the green grass, but when I looked through the camera lens, I could see they were moving in waves, all following a particular path the Head Goose was traveling.  Like swirling water, it was so cool to see.  None of them were actually standing still. 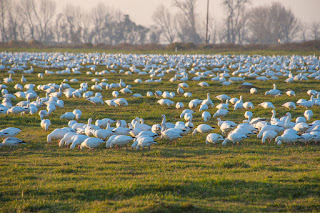 By now I'm looking over my shoulder a lot.  Although I did see one other photographer, the other three cars had some pretty shady looking characters inside.  One was obviously smoking something, and it wasn't cigarettes or cattails!!

This pond is usually covered with birds, but as you can see, most already left for the dinner table. 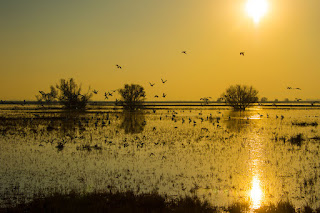 In spite of my forays down the roads marked "closed", I never did find the great sandhill cranes.  They had eaten the corn field (planted just for them) to the ground and headed off to greener pastures.  I did find four in a grain field, but with no place to park except in the ditch, I passed them by.  Maybe in the Spring!! 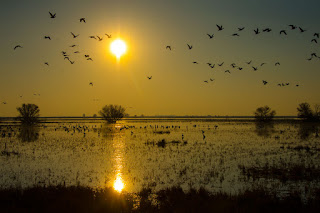 With another big rain storm headed my way today, I'll probably just hang out with the puppies since my Christmas shopping is done.  I might even try making those cinnamon rolls my Mom used to make every Christmas.  They better turn out good because digging in the frozen ground won't be an option.  On the other hand, I COULD watch another Christmas movie where I know every line by heart since I've seen them all twenty times!!

On the eve of Christmas eve, I hope you all stay warm and snuggly!!