Sometimes I think if it weren't for bad luck, I wouldn't have any luck at all.  If I couldn't laugh at the things that happen to me, I'd be a wreck for sure!!  Yes, all those things I talked about yesterday, actually happened.  Sad, but oh so true!!

I'm going on day seven of this flu crud, whatever it is and I'm exhausted.  I feel like one of Cooper's toys that had all of it's bones broken before being tossed in a corner.

The wracking cough has subsided somewhat, while the little man with the hammer that lives in my head is pounding away.  I've decided that I'm getting the flu shot next year.  If there is even a 20% chance that I won't have to go through this again, I'm going for it!!  Then I'll just hibernate until time to leave in January.  Or better yet, I'll fool that flu bug and leave the first of December!!

I'm sure you heard on the news there really WAS an earthquake with it's epicenter near Henderson Nevada.  I've been through several since living in the Valley.  The good news is when the BIG one hits, I should have waterfront property, if I'm still here.  In other words, there's no real danger where I live.

Earthquakes come in two varieties ... the swaying, rocking and rolling kind that make you nauseous, like you have lost your equilibrium, and the hard jolting type like night before last.  Ninety nine percent of people in California slept right through it, so it wasn't all that jolting after all.

The only bad one I've felt was when I worked on the top floor of a three story building when the Coalinga quake hit.  Luckily, my building was earthquake proof.  It was built on rollers so it would move with the quake.   All that swaying was a little scary but in the end, there was no damage in this area at all.

It's going to be another exciting day on the couch and I'm hoping Jessie doesn't get sick again.  I did not get the garage door fixed, but at least it can't be opened from the outside.  I have two more days of Lean Cuisine and a dozen eggs for food, so I won't die of starvation. 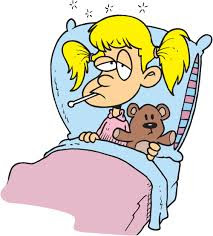