Creatures Of The Desert!!

I imagine there are lots of museums around the country, but the one I found yesterday took me totally by surprise.  The Arizona-Sonora Desert Museum just outside of Tucson has been on my list of places to go, and yesterday was the day.  At $18.50 for seniors 65 and over, it's not inexpensive, but well worth the cost.

Spread out over 98 acres, there are two miles of walking trails taking you through the desert and introducing over 230 animals.  There are amazing things to see, if you can just stay away from the screaming kids that scare everything away.  Aren't they supposed to be in school?

This beautiful black phainopepla held his ground pretty well, but I'm sure most people missed him.  If  you listen closely, you can hear the birds flitting through the trees and calling out to their mates. 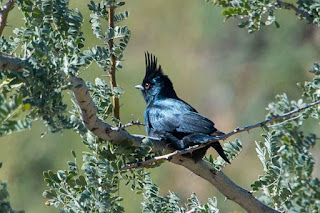 What a spectacular place to visit, with many places along the way to sit and enjoy nature.  It's all there for the watching!! 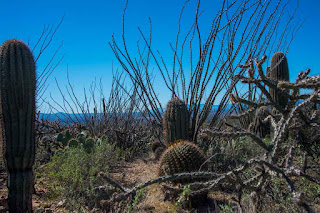 This is one I didn't expect!!  There is actually an underground cave you walk through where I found this sign.  You know me, I was all for heading up this loop, but my backpack and camera became a problem rather quickly.  Rats!!!  I had to back out and go the normal way!! 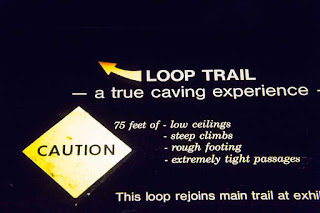 The cave, although small, is pretty spectacular.  Bring a flashlight if you want to see it this well.  Lucky for me, my camera can take pictures in near darkness. 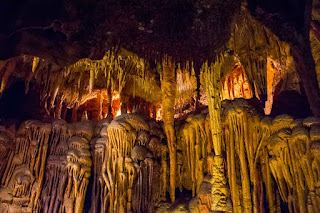 There's a pool at the bottom and water seeping all around.  Definitely NOT a sight you would normally see in the desert.  I know kids will be kids, but the noise level here was beyond my endurance.  They aimed flashlights in people's eyes and banged on the rock walls.  Time for me to leave!! 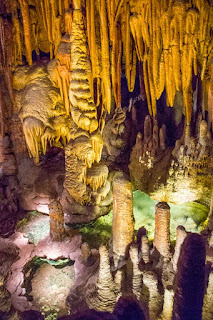 Of course the reptile house was no better as they shined flashlights in the snake's eyes, pushed people out of the way and banged on the glass.  My look of disdain aimed at the parents finally cleared the place out completely. 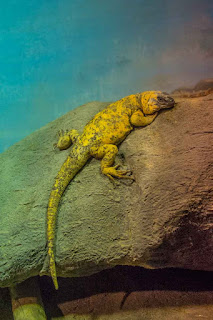 Who knew there were frogs in the desert?  Don't they require a lot of water??  These two were hiding from the kids, I'm sure!! 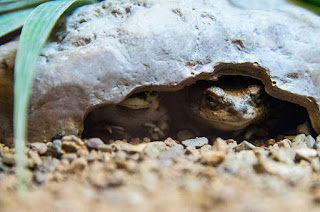 There are many varieties of rattlesnakes here.  My mom made sure I was scared to death of rattlers, since we encountered so many on our horseback trips into the mountains, but they fascinate me to no end. 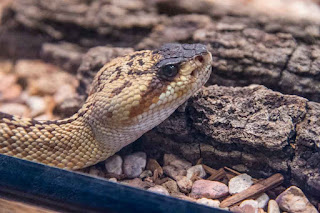 Here's a little sidewinder you don't want to run into in the wild.  He just gives me the shivers!! 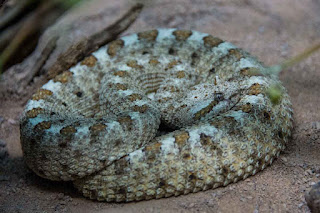 This is probably what I heard in the tree the other morning.  They have many of their animals out for show, but on this day, this little girl was the only one I saw. 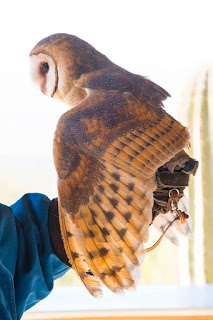 By now I've walked up quite an appetite so I headed for the restaurant.  There's two to choose from, one cafeteria style and one sit-down.  I chose the cafeteria and was NOT disappointed.  The guys recommended the philly cheesesteak, which they happened to have in chicken.  WOW!!  It's big enough for TWO people and was SO TASTY!!!!  Purchase a soft drink and you can refill it all day for free. 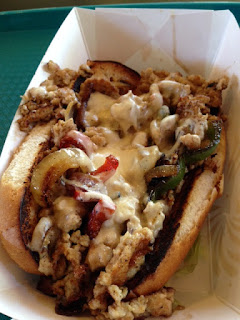 With a full stomach, I walked over to the gift shop, where I found these Tohono O'odham baskets.  I've never seen these particular patterns before, so of course I HAD to have them!! 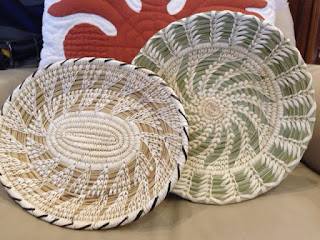 There were many more critters to see, including these guys that I smelled before I saw them.  Most of the desert animals hide during the day, so you have to be vigilant to find them.  Called Javelinas, they are part of the peccary family, usually 40-60 pounds.  They have scent glands on their backs which they rub on each other to identify themselves from other herds.  They have terrible eyesight, but a keen sense of smell. 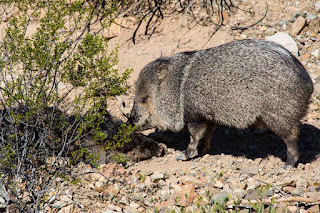 There's so much more to show you that I had to break it down into two days on the blog.  The rest of the critters will make their appearance tomorrow.  In the meantime, at a SECOND gift shop, I found this beauty ... a handmade Acoma pot by D. Lewis, about four inches tall and VERY thin.  Many pots are made from molds nowadays (much thicker walls), but this baby is from hand-formed coils, thin and delicate, fired and painted with beautiful desert birds. 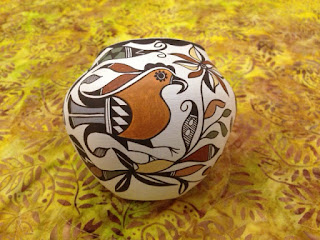 This second shop just inside the main gate, got me in trouble BIG time ... which I'll tell you all about tomorrow. 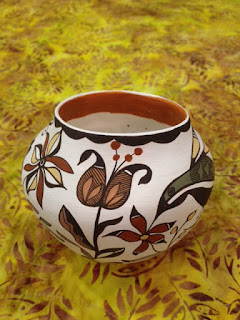 I could have stayed at the museum all day long, soaking in the desert and hunting for creatures, but the puppies were calling for dinner, so I headed home.  I think I'll return here for another day of critter watching before I drive off into the sunset.

The weather has warmed up a bit to all of 36 degrees this morning, with the wind kicking up to boot.  Even with a large hedge behind me, my house is rocking and rolling with the slide covers sounding like thunder as it vibrates the whole place.  I may just spend today catching up on my sleep!!