Since all the activities at the fairgrounds have come to a close, and museums don't seem to be open on Mondays, I found myself wandering around Walmart looking for something to do.  OH NO!!!  I'm a Walmart Old Fogey!!!  How in the word did THAT happen???

With my REALLY old crockpot ... you know, the tall thin one ... I wasn't having much luck with cooking.  To make it even worse, it's so old it doesn't have an insert that you can take out and wash easily.  I'll get a NEW one!!

With only 5 quart options available, WAY too big for me, I drove a few more miles North to the biggest Ace Hardware store I've ever seen.  Sure enough, here's a perfect little 3 quart for $19.99.  You can't beat that with a stick.  In fact, I also bought TWO sticks (dowels) to cut up for Jonathan's chew toys.

I only hesitated a minute or so .... all the writing on the box was in Spanish.  My first thought was "I hope you don't have to be Spanish to cook in this thing, cuz I'd be in trouble"!!  Not that it mattered, but the instruction book was in Spanish too.  No worries, I'll figure it out!! 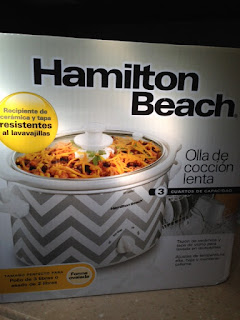 On the way out of the lot, I was accosted by six kids who were washing cars.  Actually, they were just sitting on the curb with not a car in sight.   Mine hadn't been washed since Yuma, so I let them have at it.  They were trying to make money for their Tech School.  Hey ... here's six kids (8 counting the two out on the street), working their butts off to make a few dollars.  They SHOULD have had a line clear out to the street, but that wasn't happening, so I gave them $20 for the wash.  Come on folks ... if you see kids working hard, give them a break and get your car washed!! 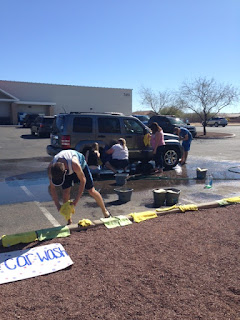 In the afternoon, Patty and Dan's long time Alaska work-camping associates Jim and Meghan, stopped in for a visit.  Come to find out, Jim's a stunt kite flyer and has several Rev's in his collection.  Maybe we can hook up sometime and I can get some lessons.  After a wonderful lunch of chili chicken chowder made by Miss Patty, we sat on the porch while they caught up on all the news.  It's really nice to meet new RV friends, especially when you've heard all about them.

Back at my rig, still not feeling quite up to par, I decided to make some soup, just in case ... split pea with a smoked ham bone.  The little crockpot worked like a charm and was easy peasy to clean.  Three quarts is just the right size .... I don't have soup for thirty people and I don't have to eat the gloppy stuff I've frozen because I made too much!!  Like Goldilocks, it's JUST RIGHT!!! 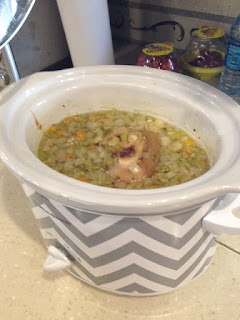 While eating the soup, I was thinking about cornbread muffins, when it dawned on me I was OUT of bird biscuits!!  Jonathan will never forgive me, so I whipped up a quick batch for the freezer.  These are full of all good bird things, kind of like a muffin vitamin for my feathered friend. 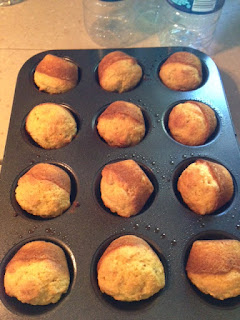 I don't remember much after that!!  I think I fell asleep on the couch.  When I woke up, Cooper was sitting on my chest, nose to nose .... meaning he wanted to go out.

Today is housekeeping and bill paying day.  I had hoped that would disappear when I started RV'ing, but alas, it never seems to go away.  My time in Tucson has come to an end as I get ready to head further South.  Not far mind you, I'm only going 29 miles to the Escapees Park in Benson, where I'll stay while visiting Tombstone and Bisbee.  There's nothing like old cowboy towns in my book!!