I don't get to say that word very often, especially when it comes to my cooking!!  In fact, when I offered to bring something to the last night's supper with Nick and Terry, Nick said very unceremoniously ... NO!!  Guess he's heard about my cooking!!  So when I had a little time yesterday while the laundry was underway, I decided to work on improving my skills!!

Inspired by Miss Terry and the fact that I happened to have all the ingredients for lasagna, I went to work following a couple of different recipes.  I know it won't be as good as hers, but I thought it would be relatively easy!!  HA!!!  Wrong!! 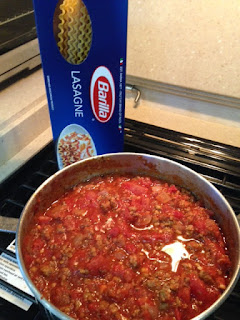 The meat sauce was actually a success!!  I'm not sure how that happened, but it tasted good!!  For those of you who have wives or girlfriends that make something like this in your RV, you are a lucky guy!!  Do you have any idea how hard this is to make in such a tiny kitchen with undersized pots and pans and no counter space??  She deserves a BIG handful of flowers!!

It took almost every pan I have and the dirty dishes covered the entire counter AND table!!  At any rate, it's in the freezer, with one small pan waiting for dinner.  Lets hope it tastes as good as it looks!! 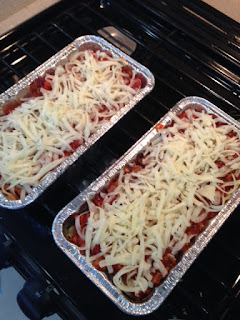 I forgot to mention my foray into the briars and brambles of blackberrydom the day before.  There is a great spot on Sand Lake Road at the turnoff to Pacific City.  Patty Chance and I spotted it a couple of years ago, and as I drove by, I noticed the berries were ripe and ready for picking. 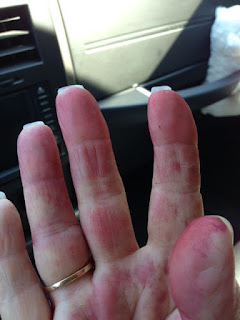 I forgot how stained your hands get ... but it was fun, even if I did keep thinking about bears.  I ate quite a few and gathered enough to smother my pancakes with blackberry sauce, after a little sugar and boiling.  I'm going back with some gloves and a bigger bag that will end up in the freezer. 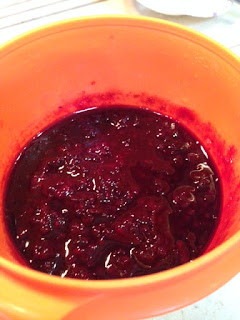 I haven't been slacking in between sightseeing ... my first stop at Jane's Fabric Patch in town resulted in these beautiful fabrics.  I really showed restraint and only bought enough for a small kid-sized quilt. 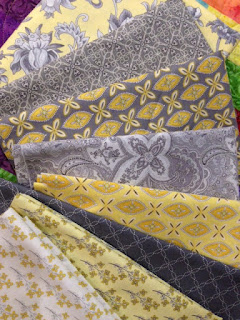 On my second stop, restraint went out the window.  I saw a crib quilt with a beachy theme that I thought would make a great chair cover in remembrance of this trip up the coast.  Besides, it's patriotic ... who could turn THAT down!! 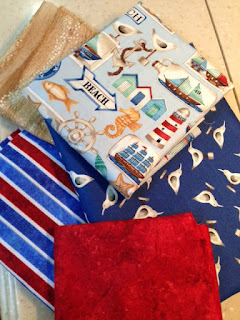 I baked the lasagna for dinner (probably not quite long enough) and let it sit for 10 minutes (also not long enough) before chowing down!!  Believe it or not, it was rather tasty.  A success in my book!!  Not NEARLY as good as Miss Terry's, that's for sure, but I might even serve this to company!! 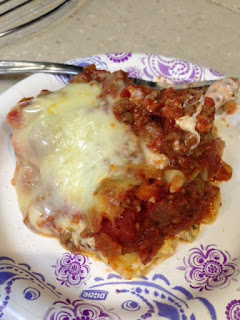 I had planned on hiking the 5 mile round trip to Cape Lookout today, but the clouds that came in last night opened up big time.  I woke up with a start ... reminiscent of Kansas City ... when buckets of water hit the roof of my rig!!  Yikes!!  Maybe I won't have to wash my RV after all!!  That went on for over an hour before slowing to a normal rain for the rest of the night and is supposed to continue most of the day.

I think an exciting stroll through Fred Meyers and a quick stop for Tillabars is in order, that is if I can find room in the freezer!!