Back In The Saddle Again ...

I checked my weather report the night before and saw some rain was predicted.  Trouble is, you can check three or four reports and NONE of them will be correct!  When I heard the rain on the roof, I thought ... gee ... they got it right.  The rain got louder and louder until I finally looked out the window to see what all the racket was about.  These huge white things were bouncing off the ground a couple of feet!! 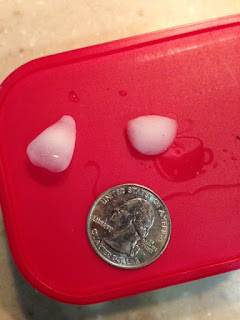 About 10:00 I went down to the Seaview post office where the nicest, helpful girl works!!   My book Sacajawea arrived ... yes, it's about three inches thick ... but a great book I read many moons ago.  Since I've traveled a lot of the same territory as Lewis and Clark, I wanted to read it again. 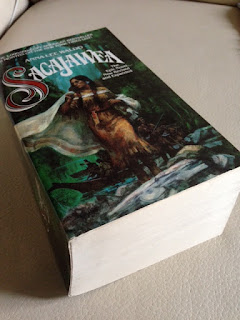 My bobbin winder also arrived, so I'm back in business with my weaving project. 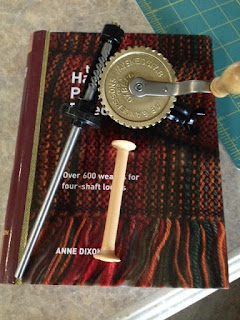 I even had time to do some weaving and can actually see a pattern.  I was a little leery that this would happen, so YAY ... I'm on my way to a new wrap, shawl or dog blanket, depending on how it turns out!! 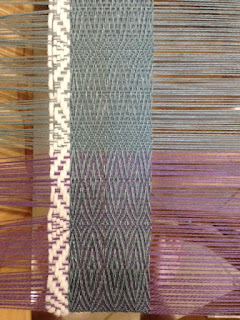 Patty and I are on the hunt for driftwood which seems to be pretty scarce around here.  There is a church just North of the Astoria Megler bridge that I imagine everyone just drives by, like I did.  Turns out, it's Middle Village, originally settled by the Chinook Indians.  There are lots of signs along a path, giving you the history of this part of Washington. 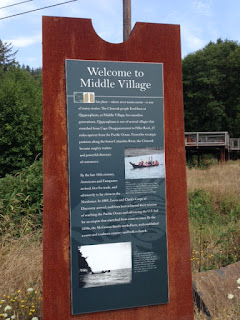 Although it was their home first, the Indians were eventually pushed out by pioneers like Patrick McGowan and his wife.  He homesteaded this area and claimed many acres at the water's edge. 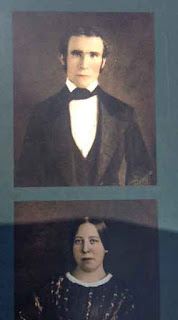 Over the years, having become wealthy from his farming activities, he donated the land and materials for this church, which still stands today. 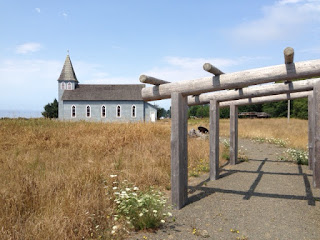 St. Mary's church was known as the Star of the Sea and was one of the earliest mission grants in Washington. 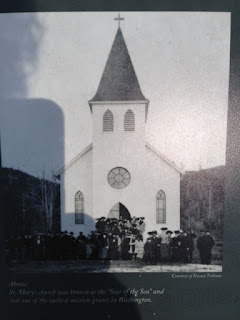 I tried to get the same perspective, but the road is at my back and I didn't want to get smacked by a car!!  It was restored not long ago and holds one service a month.

Patrick McGowan set up the first salmon cannery on these shores, using horses to pull in nets full of fish.  Over the years, the mouth of the Columbia River has widened, leaving barely enough room for a road between the church and the water. 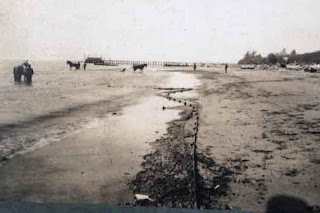 Here's a sight I KNOW you'll be just amazed to see.  As we walked around the area, I saw a squashed pile of what I thought was someone not being careful with their dog.  On the opposite side, Patty spotted this lovely fresh pile.  It's bear scat my friends, and there were several piles, probably meaning more than one bear!!  Watch your step around here!! 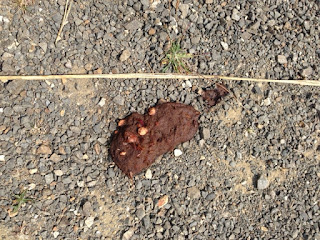 As the afternoon wind began to pick up back at the rig, I finally heard the anticipated knock on my door.   Nick Russell was doing a little dance outside, which I realized was the hand movements of a kite flyer!!  Back down on Long Beach, we stayed far away from the pros.  Nick said he felt like we were at the kids table at Thanksgiving. 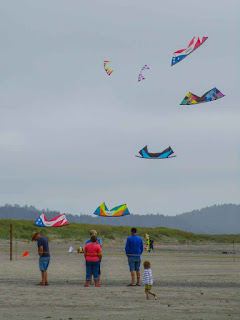 That was okay with Terry and I!!  As novice flyers, we didn't want to embarrass ourselves!!  You will note something in the next three pictures ..... see all the kites in the air above??  This is my super ultra light kite on the ground. 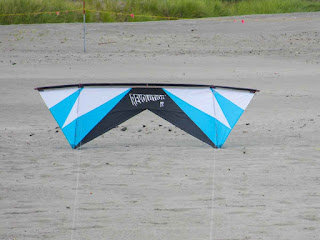 This is Nick's New York Minute on the ground. 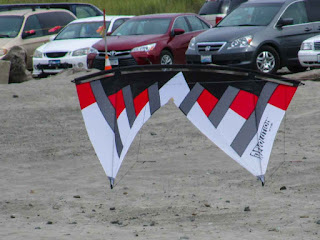 This is Terry's New York Minute on the ground. 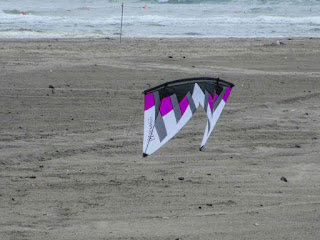 As we struggled just to keep our revolutions in the air, the guys behind us were doing trick after trick!!  The interesting thing about kite flying is you make constant adjustments, because wind is NOT constant.  Just when I was doing better, making turns and figure eights in the sky, the wind would die out and I would come crashing down.

I did learn one valuable lesson however ... those leaders with all the knots on them are there for a reason.  You can adjust them and fly much better in less wind.  In the end, I think I flew better with more control than I have before ... plus I only had one pound of sand in my shoes, so I must be doing SOMETHING right!!!