I guess the thought that Ferndale was the antique capitol of the North was only in my dreams ... just like me buying the Pink Lady!!  Still, it's a great little town in which to spend the day, especially when it comes to bakery items!!

Right off Hwy 101 South of Eureka, you have to cross the Fernbridge, built in 1911.  It was and remains to this day, the longest functional poured concrete bridge in operation in the world.  It has survived nine floods as it crosses the Eel River just before it reaches the Pacific Ocean. 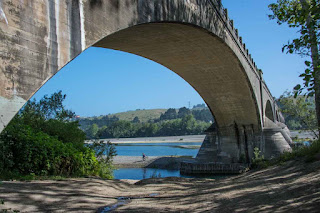 Just down the road a bit, you will come to the first and most important business in Ferndale.  Humboldt Sweets!!  With a visit from Guy Fieri of Food Network fame, it has become probably the most visited building in town.  Believe me, the reputation is well deserved!!  They do have a few seats if you want a sit down breakfast or lunch, but I got mine to go. 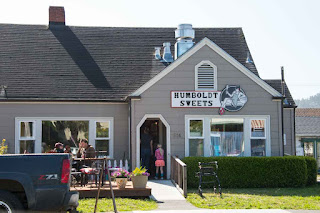 The first thing I saw was mini Strawberry pies ... I scarfed down the strawberry on top before I thought to take a picture.  It was delectable!!  Flakey crust ... a pile of cream cheese on the bottom ... filled to the brim with luscious strawberries and topped with half a cup of whipped cream!!  It disappeared in about 15 seconds!!  Then I saw the cupcakes ... the muffins ... the cinnamon rolls ... OH MY!!! 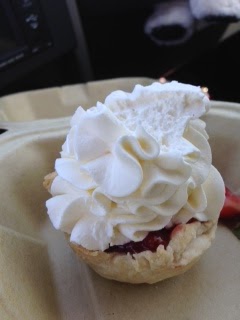 EVERYTHING looked delicious ... and I couldn't resist.  On the left is a cinnamon-bun-"ends" sweet roll, filled with cream cheese and slathered in lemon curd!!  The smallest of my purchases, the cupcake, has vanilla cake, is filled with lemon curd and topped with lavender buttercream frosting.  It didn't last long either ... I had that one for lunch.  The cinnamon roll I'm saving for breakfast ... AFTER another 2.5 mile run!! 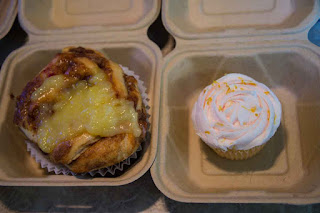 From Ferndale, I headed southwest out of town in search of the ocean, which I found about 5 miles out.  This isn't a popular beach, but it is a beautiful one.  It's not for swimming due to the rough surf, as you can see in the next picture.  Fisherman were giving it a try, looking for the elusive Perch ... they are only allowed to keep 10" and bigger.  Now THAT'S dinner!! 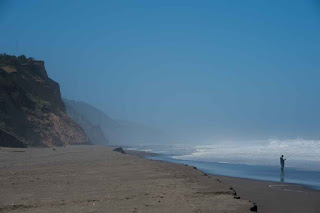 They hadn't caught anything ... the surf kept taking their bait down the coast and on to the sand.  Although everyone seemed to be bundled up, I was in short sleeves and thought the weather perfect!! You could sit here with a nice picnic and a bottle of wine, being basically alone for hours. 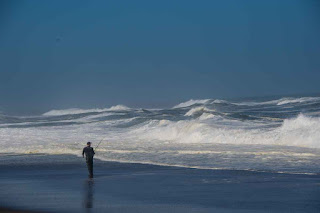 Back through Ferndale, most of the stores were closed.  That's what I thought ... it's Friday and you're closed??  The Ferndale Emporium was open however, and chock full of stuff your lady will love.  I picked up a cake cookbook, a casserole cookbook so I can compete with my friend Patty, the Casserole Queen and a set of beautiful green glassware. 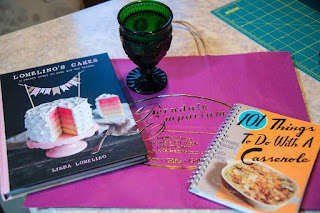 I'm starting my dinnerware collection for the Pink Lady!!  I know, in my dreams!!  At the very least, they will make nice wine glasses for my rig. 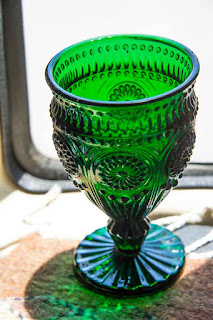 How could I pass up a cake cookbook with this on the cover!!  What I REALLY like is that all these cakes are made with small six inch pans.  Now if I can just FIND some six inch pans, I'll be in business!! 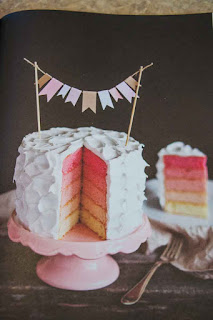 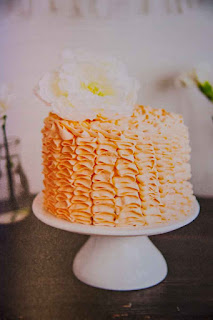 There's many more Victorian homes here ... this one being the Gingerbread House Bed and Breakfast.  Who cares if no one makes reservations?  I'd just love to live in one of these beauties! 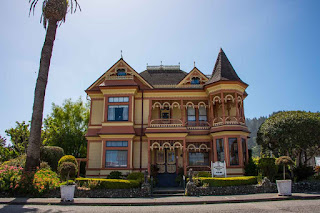 Just to be sure I was wrong about the antiques in this area, I drove a little further south to Fortuna.  Nope .... no antiques there either!!

On the way back to Eureka, I took a side street through the small town of Loleta.  This is it ... the entire town!!  It's sad to see the economy in such bad shape ... the only business open is the white building in the middle ... the Bank Of Loleta.  The trains that used to run through here filled with lumber, are only ghosts in the dreams of the residents now.  Life is subsistence at best. 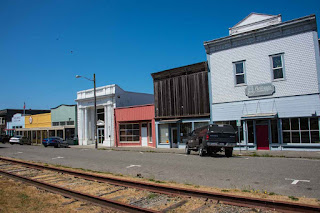 I'm thinking about dinner time now ... another of Guy Fieri's shows was done here at the Brick and Fire Bistro on F Street, east of Hwy 101.  It's very small, seating maybe 20 people, but they have a HUGE brick pizza oven.  It's not all about the pizza however.  I sat at the bar right in front of the oven's gorgeous fire, watching the kitchen staff and Chef prepare everything fresh, including my Italian Mac 'n Cheese ....... 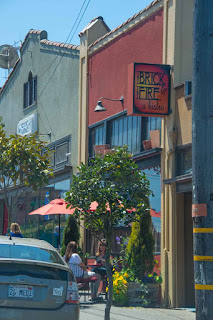 I got an order to go so I could enjoy it back at the rig.  I hate taking up an entire table by myself in such a busy establishment.   WOW!!!  Best I've ever eaten!!  The tomatoes, kalamata olives and cheese topped off rigatoni in a wonderful creamy sauce full of spinach and onions.  I'm definitely going back to try their pizza later next week!! 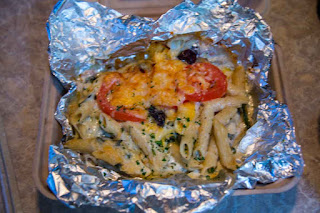 Now that I've eaten all that terribly fattening stuff, even if it was in two sittings, I have to go run off at least SOME of the calories!!  Later on I'll walk through forests of big trees and check out the zoo.  Did you know Eureka had a zoo??