Some Miscellaneous, Some Colfax, Some Trains!

This statue greets you at the entrance to the Nevada County fairgrounds.  Being a horse person, I was loving this lifesize draft horse. 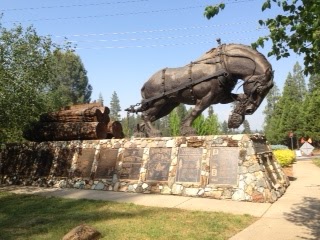 There's a quilt show here that Patty and I snuck away to yesterday.  After rounding the vendor building for the third time, I purchased some beautiful material for a small quilt and found this baby napping. 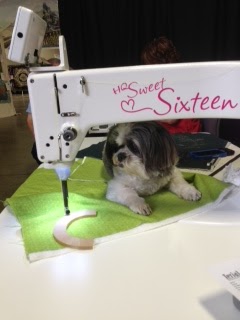 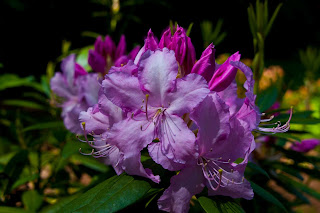 And my all-time favorite cookbook I purchased at the railroad museum!!  I'll let you know how they turn out!! 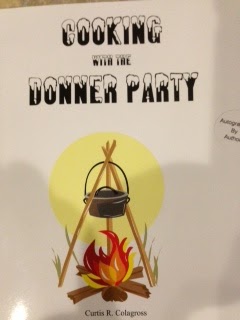 Today a short ride to the Red Frog, brought us to where Cape Horn became visible.  You can barely see the tracks at the very bottom of the image and where they come out at the top before rounding the mountain. 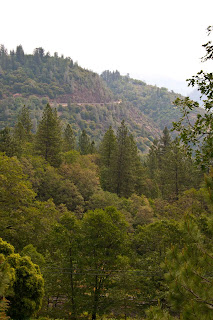 This narrow gauge railroad track is in the shape of a horseshoe as it curves around the mountain.  There has been some controversy regarding whether Chinese men were lowered over the cliff in baskets.  Apparently it has since been found that may not be true, in spite of the historical marker. 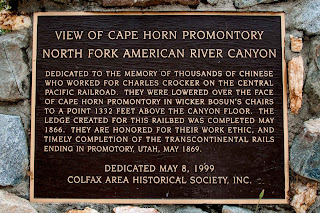 From there we were off to the Colfax Amtrak station to meet the writer of a book on the history of said town. 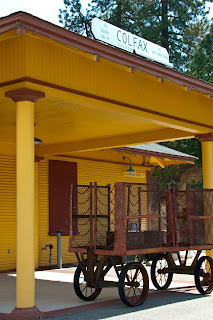 A few minutes later, the Amtrak Zephyr came through heading from Chicago to San Francisco. 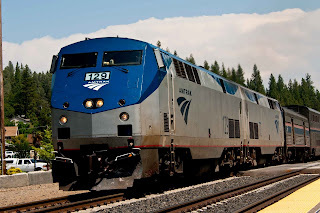 Then it was off to Auburn to Awful Annies (previously a brothel) for an excellent lunch with great service!!  While waiting, I spied the Old Auburn Courthouse. 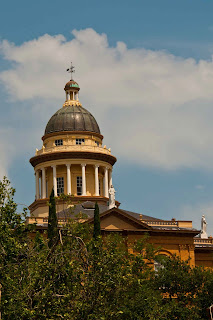 Off again to check out Kurt Simon's indoor HO railroad setup ... a computer operated system with lines running from Roseville to Sparks, including Cape Horn and at least two tunnels.  It's a work in progress but amazing how he has the layout set up. 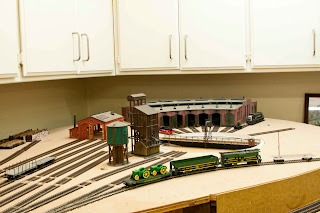 There were several locomotives chugging around with bells clanging, operated by the computer that knew where each was on the track so none would crash!! 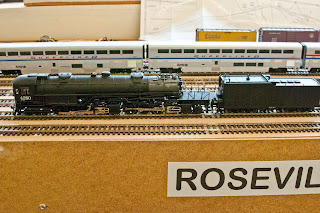 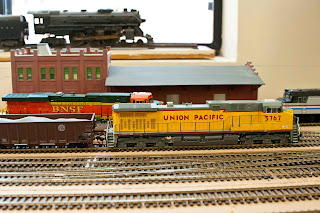 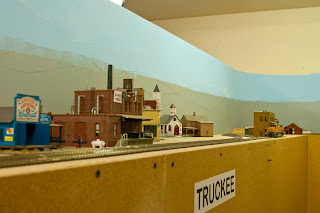 Exhausted and full of wonderful rum cake, we headed back to our rigs, past these beauties in Betty's yard ... 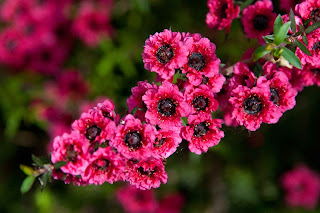 and these beauties in their driveway, scrambling to get away ... 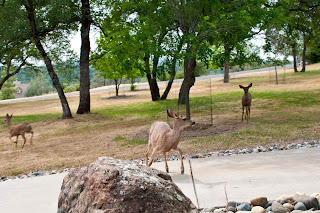 It's been an awesome rally that Dan and Betsy put on.  Today we pack up and head further North on our trip to Alaska!!  It's raining now and I'm praying NOT snowing up the hill.  Snow is not on my list of happy driving conditions!!