The High Desert Museum in Bend is more than just a museum.  It has some great inside exhibits and outside examples of pioneer life ... but the best part is the animals. 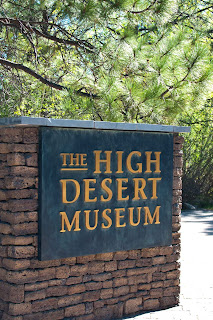 On the way in, we passed by an amazingly natural stream full of rainbow trout.  Would like to have had THESE for dinner!!! 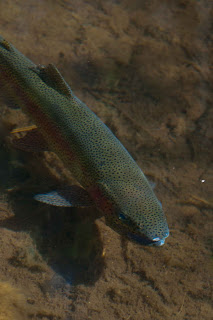 Inside, there were some of the best exhibits I've ever seen, of the adventurous life of people who came to inhabit the West.  From family campsites to surveyor tents to cowboy camps, you can see and hear it all here.  Each exhibit has the sounds you might hear if you were there 150 years ago. 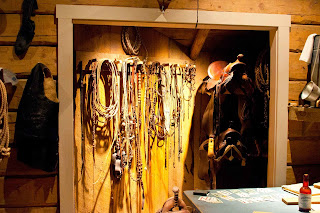 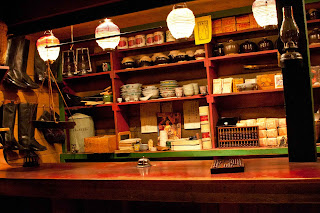 As the Indians were a big part of that story, there were many examples of Indian life from before the crowds headed west, to life today. 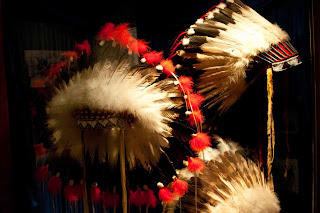 These modern versions of Indian dress were made by the ladies pictured. 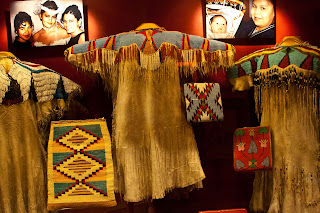 Outside were several varieties of birds including this Great Horned Owl who kept winking at us, as well as a barn owl.  The most beautiful of course, was the Eagle.  All of the animals cannot survive in the wild and will live out their lives being cared for here. 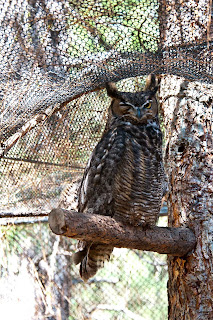 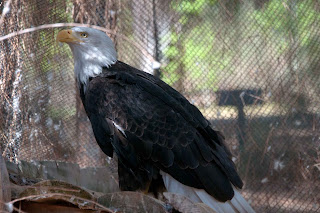 An indoor bird presentation showcased the Peregrine Falcon ... a gorgeous female who became rather upset and squawked so loud she was finally placed back in her habitat. 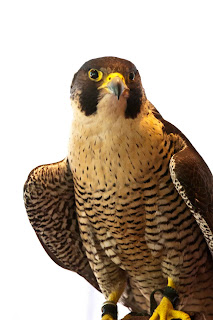 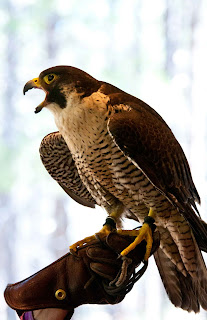 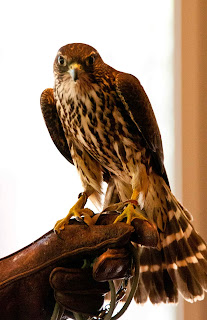 Outside we tried to check out the Otters, but apparently due to some late night feeding, they were sound asleep.  This guy had his paw in his mouth ... sound asleep!! 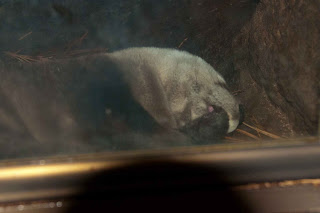 Patty spied these spider-like "nests" in the bushes around the museum.  When we took a closer look, they were not spiders, but full of worms!!  Yucky!!!!!  Each bundle was about 3" x 2" and terribly disgusting!! 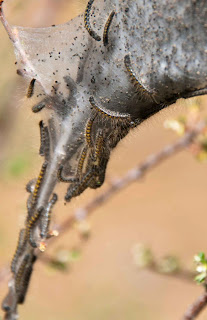 I saved the best for last ... the CATS!!!  The big three in this area are the bobcat, the lynx and the cougar or mountain lion.  This beautiful lynx was apparently someone's pet ...  canine teeth and claws had been removed.  It was found by a hiker, starving since it didn't know how to survive.  He's well fed now and enjoying life here. 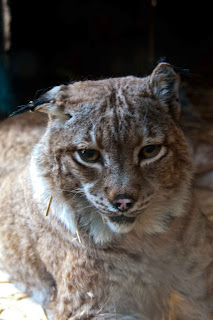 Just like a kitty, he rolled over and went sound asleep!! 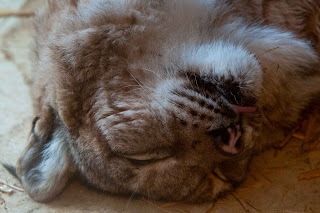 The bobcat is a beauty and sat cleaning herself in the sun. 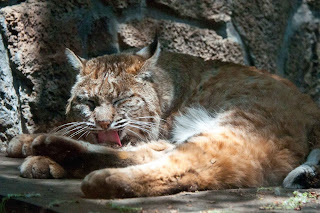 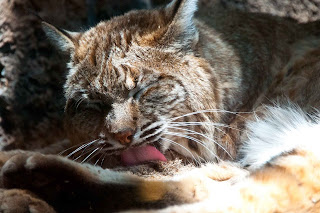 There is so much more to see including a horse barn with willow corral, a stagecoach used into the 1900's, a steam-driven saw mill along with a cabin, complete with chicken coop and food cellar.  If you are ever in this area, this museum is a must.

Back at the rigs, Dan barbecued some awesome chicken and we sat outside enjoying the park.  Another great RV day!!!