After a great breakfast of muffins, fruit and coffee, we headed out to the local all-volunteer narrow gauge railroad museum for a docent-led tour.  The railroads here were used to transport supplies to the mines in the area as well as a connection to the transcontinental railroad in nearby Colfax.  During the World War, the government shut down all the mines so workers and supplies would be used towards the war effort.  That was the end of the narrow gauge railroad.  This small museum now works to restore the cars and tracks they have acquired. 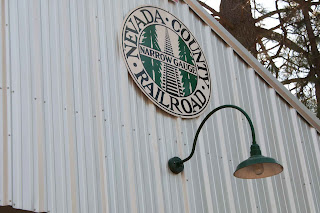 In their repair barn were two buses used to transport tourists before the rails were finally pulled out. 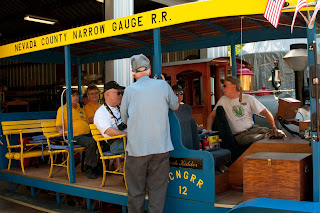 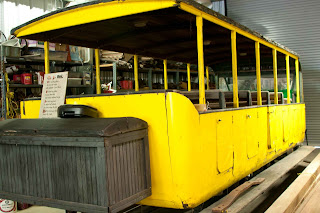 This steam engine is the pride of the museum.  It was purchased by a movie company to be used in many old "B" westerns, like Shenandoah and Three Guns For Texas.  She was rode hard and put away wet.  The museum was finally able to get her back in non-working order, minus quite a few parts, that they are currently looking to replace. 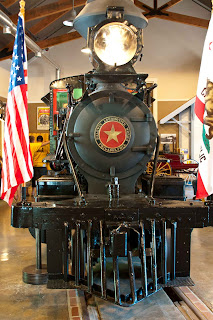 This Engine #5 was owned by the hotel property next door and is on loan to the museum since they have a very small section of track.  Apparently the price is too high for the volunteers to purchase, so she sits outside in the elements. 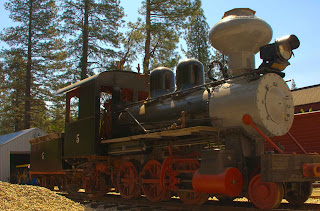 Up in the rafters was the third place winner of the local adult soap box derby held here some years ago. This beauty was sponsored by the museum. 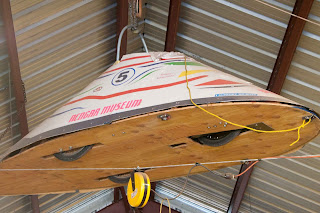 A great lunch at Lefties Grill was followed by another museum ... Firehouse #1.  It was filled with relics from local inhabitants, including indigent Indians that have been displaced, some Donner Party parts and pieces and Chinese immigrants.  It was very small ... the fire wagon must have been long and narrow.  No telling where they kept the horses!!!  Or maybe it was pulled by the two-legged version! 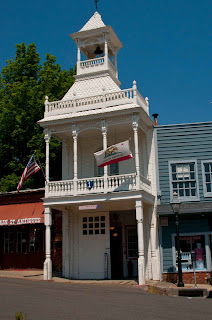 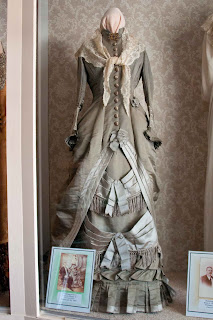 A short walk through downtown Nevada City led us directly to the Assay Office on the right.  Amazingly we passed on the ice cream shop and headed back home. 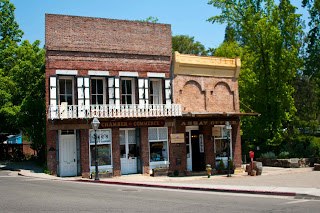 Dinner at Cirinos on Main Street ... Italian cuisine ... was excellent, as was the service and the friendly staff.  Stuffed to the gills, we slowly made our way back to the fairgrounds.  Tomorrow the mine tour!!