It was just a lovely day in Quartzsite.  The weather finally warmed up a bit and the wind was minimal.  It's time to go SHOPPING!!!

But not until Cooper got to play the ball game.  Of course you know who sits on the floor.  He rolls the ball off the edge of the chair, whereupon I catch it and toss it back up.  That went on for ten minutes.  You can tell he's a happy guy now that he feels better!! 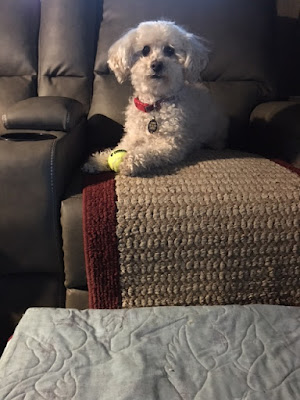 The day before, Bill had spotted a whirligig he was really interested in for the Ridge back home.  I had my eye on one too, but didn't say much at the time.  We passed by the No Money, No Honey sign to find the small booth with two ladies already out and about. 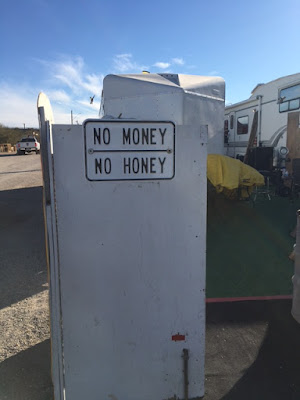 Here it is ... Sunflower.   Well what do you know, they like the exact same one I do.  I have one in Vail, an expensive model from Oregon.  This one was almost $45 dollars cheaper.  I saw Bill dive into his pocket.  Sold!!  Gosh, it looks more like Indian feathers with a little turquoise in the middle to me!  SOLD!!  We brought home both of them. 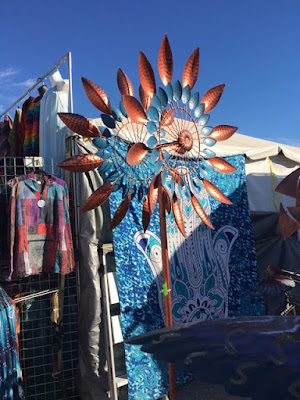 I REALLY wanted this owl that flies with the wind.  Bill and Patsy wanted the eagle that does the same. 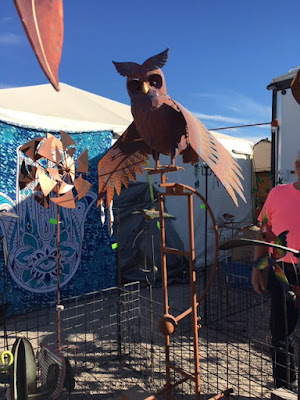 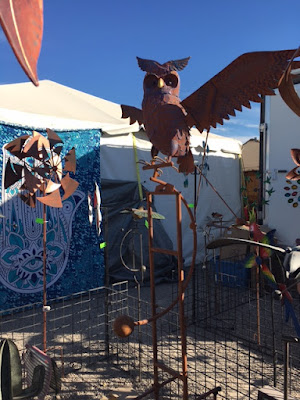 That's when I spotted a familiar face.  Meet Joe Rangel, turquoise jewelry maker.  He used to be over off of Main Street, but here he is at Tyson Wells.  I was so happy to see he was still in business.  I've purchased many pieces from him ... spectacular workmanship! 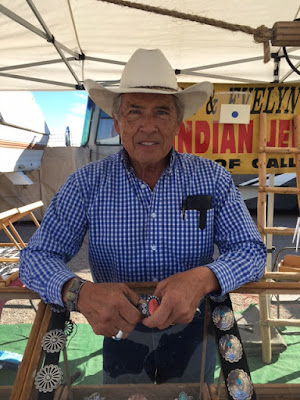 There are just some people you meet that you can't get out of your head.  I purchased another bracelet, but this time with oyster shell instead of turquoise.  It was my small contribution to his artistry. 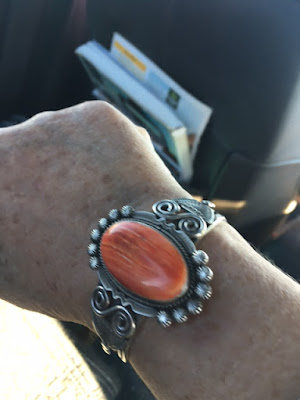 Root Farms was here from Modesto California, so we walked through and snagged a few things.  Their products are always top notch.  By the way, did you know if you eat a few pistachios before bedtime, it will help you sleep?  I had no clue, but that's what they said.  I got chocolate peanuts instead. 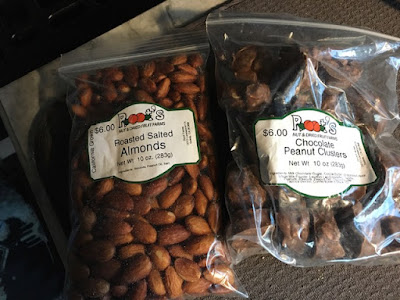 Once back home, I found out just how sneaky that Patsy is!  She had painted another rock for Miss Jessie that I found at the bottom of the solar panels Bill is letting me borrow while here. 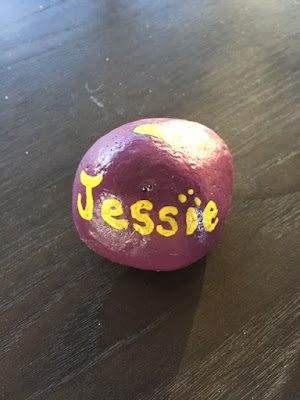 How sweet is that?  They will have a special place on my mantle when I get home!! 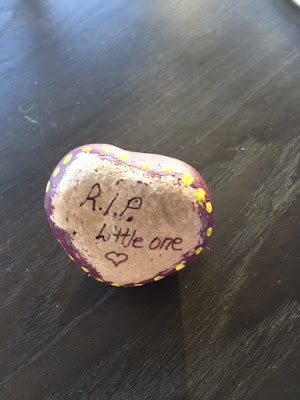 Here's the sneaky duo in person!! 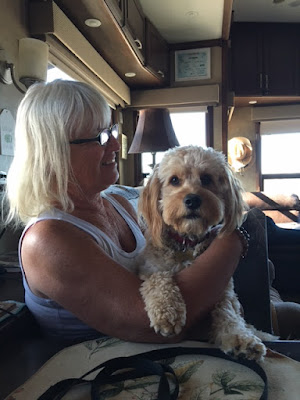 With my wallet a little lighter and my credit card getting good use, I took Mr. Cooper out for a walk.  He loves to smell the smells and goes much further than I would expect.  That was to make up for our three hour happy hour! 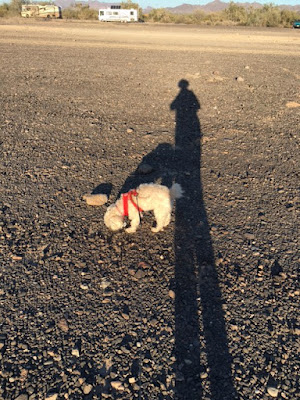 Sadly, no blue flame heaters showed their faces yesterday.  Maybe today.  They are really going to get tired of me calling them!!!  Hopefully that means I'll be first in line to get one installed so I'll shut up!!
And it's raining!!!!

Posted by Nancy Kissack at 4:51 AM