The Desert Can Be Weird

Thank you everyone for responding to the lithium battery question.  Even though I think I'm learning a lot, I'm pretty sure I'm as confused as I could be.  I get it ... it's just hard to decide when they tell you how fabulous those lithiums are.  I do agree I would rather have more solar panels for the money.   More discussions will follow.

In the meantime, the desert folks can be different.  There are an amazing number of tents here, along with other crazy looking things they live in.  To make it even more fun, every morning at 5:00 someone plays some weird thing that roughly sounds like coyotes.  The thing is, coyotes don't sound like that unless they are using a microphone.  It's just otherworldly!!  On the other hand, I really did hear one calling his mates this morning.

It's not all fun and games you know.  There's important stuff to buy in Quartzsite.  Not that I found much, but there was a place with carpet squares.  That would be the perfect solution for those slippery steps to the bedroom that Cooper is afraid to climb up.  Not the best job in the world, but it works for now.

I have six different ... non-matching ... rugs so Cooper can't slip and slide on the floor.  Yup that's a kitchen mat in the hallway.  No one ever said I was good at decorating. 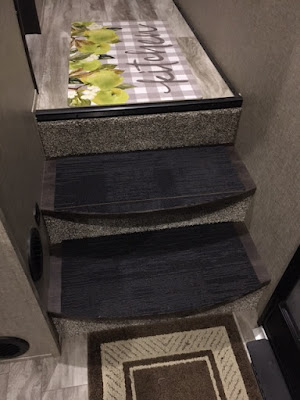 Patsy found a few items too.  It was fun walking through seeing things people were selling.  It seems there's a shortage on doggie bags, so if you have a truckload, you can sell them here!! 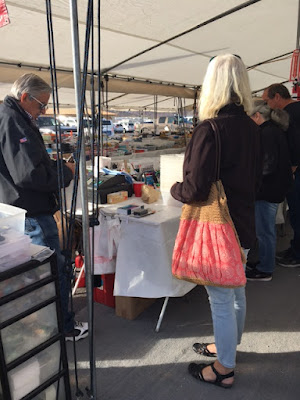 What we DID find was the kettle corn store.  Who could miss that smell?  We each got a handful of sugar free caramel corn.  Sugar because it's full of it and we got it free, or so he said.  He filled it to the very top so we could eat a bunch before putting the twist tie on it ... AND ... gave us a free bottle of water. 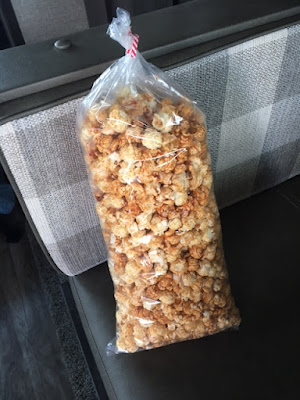 A big surprise to me, as we were driving all over Quartzsite's back streets, we stopped in at this place.  I had no idea where we were, but Bill and Patsy knew.  This is the hangar where Bill meets with his model airplane friends.  They fly these beauties on a nearby airport made just for them. 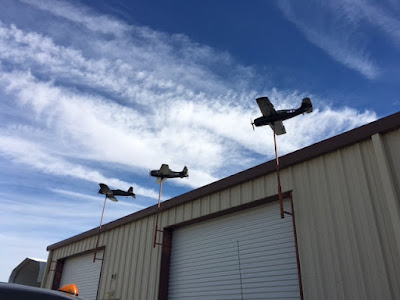 Here's why he brought me here.  The husband had the plane side, the wife the quilting side.  Sadly, she passed away recently and they had a big fabric sale to raise money for cancer research. 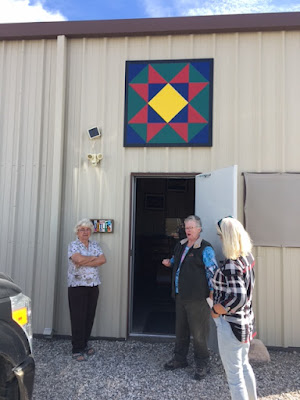 I missed the sale, but came away with about 12 quilt magazines and books, along with fabric for appliqué art.  A big thank you to Patsy and Bill for introducing me to them. 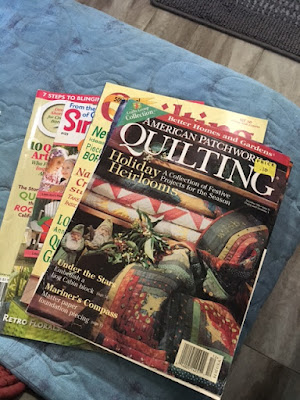 Our next stop was to get propane for one of my tanks.  Now I know one 7 gallon tank will last me about 7 days.  It's always nice to know where you stand when it comes to heating fuel.  While Patsy and I did a quick walk through Roadrunner Market, Bill got gas for his generator.  It was one of those days when you luck out and get everything done.

Back home, I fixed a quick grilled cheese sandwich.  It's a good thing I like them, because that may be my go to for the next week.  A loaf of bread and a hunk of cheese ... cheap eats! 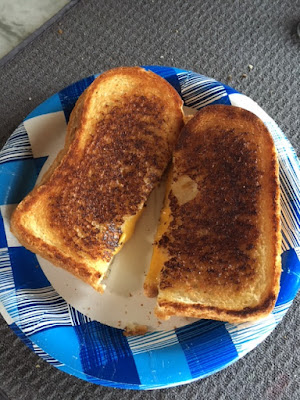 By now Cooper had his legs crossed, so we headed out for a quick walk.  That always ends up with pictures like this while trying to hang on to Cooper and my phone at the same time. 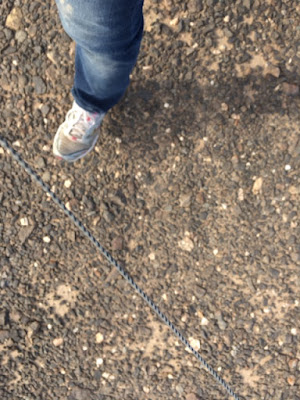 We spent the last few hours of the day at the Duchaine residence, wondering how we miraculously survived childhood.
Finally, it's dinner time.  The spaghetti didn't quite appear like the magic I wanted.  I discovered Cooper was out of food, so his dinner superseded mine.  I cooked up enough hamburger and eggs to last him a couple days ... or maybe three.  Instead of spaghetti, I ate the last of the pizza, and boy am I glad that's the last of it.  Ugh ... I'm sick of pizza!!  Never EVER thought I would say that! 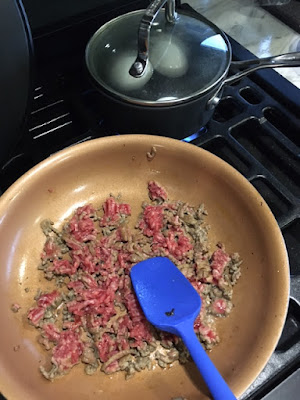 The sunset was lovely as usual.  Time to turn the generator on!! 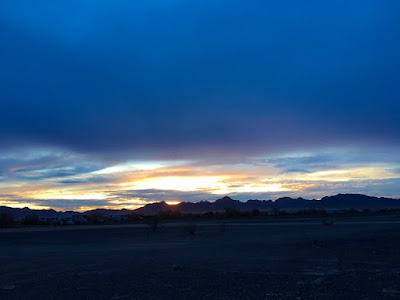 It's a balmy 51 degrees this morning, heading up to 70 for the day.  That's much more my speed!  Say a few prayers for Jonathan that the load of Blue Flames comes in Monday.
Camping out with a parrot that has to stay warm ... now THAT'S WEIRD!!

Posted by Nancy Kissack at 4:45 AM