The morning found me coughing early on.   I know there are some antihistamines out there that would work, but I can't take them.  Although it seems the worst of this flu is over, the coughing and hacking is going to persist for awhile.  So lets BARBECUE!!!

I had a second hamburger patty in the fridge, but I didn't want another disaster like before.  Grease everywhere, raw burger ... what a mess!  To make matters worse, I think this baby needs to be cleaned.  Even when on high, it looks like low, as in the 5 gallon jug of propane feels empty.  Is there a way to clean the burners?

I finally threw the burger on and closed the lid, forgetting to turn it to medium.  The next minute I glanced out the window and I thought the back forty was on fire.  If you see smoke, it's just me cooking my one little burger.  The fat content of these appears to be over the moon!! 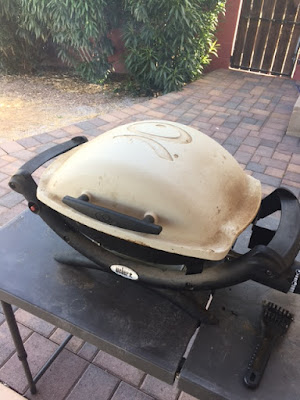 Although a little squished, this one turned out MUCH more delicious!  If you're wondering what happened to all that soup which should have lasted for eight meals, I ate it twice a day, so it didn't last long at all.  For some reason I'm now craving meat. 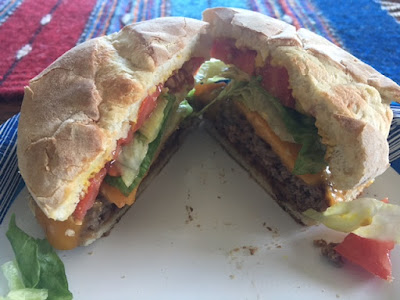 Next up ... how about burning off that burger by pushing around a 25 pound vacuum cleaner.  There's nothing better to gauge your state of wellness than vacuuming.  I made it through one room before plopping on the couch.  So much for THAT!!
Cooper and I spent the next few hours watching Engineering Disasters.  They even showed that apartment building that recently collapsed in Florida.  Rest assured I will never live in an apartment building. 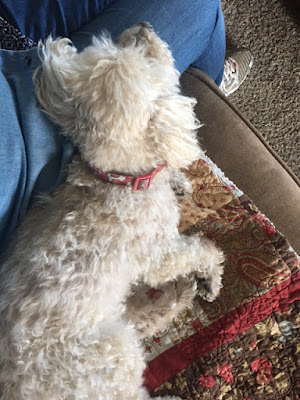 Feeling a tad bit better later in the day, I cut out 168 5" squares of white material to go along with these strips for the next quilt.  Not sure how far I'm going to get, but if I can get all the squares made, I'll take them home for finally sewing ..... BECAUSE ..... I'm going to be quilting!! 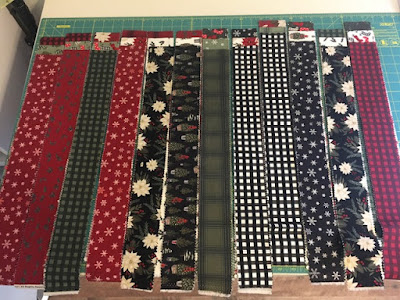 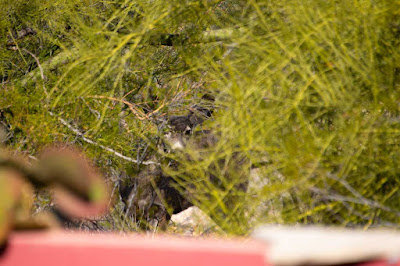 I very quietly snuck outside, but she heard me anyway.  It's a young doe.  As I hid behind the patio pillars, low and behold there were actually four beautiful babies!!  Sadly, the noisy guy next door scared them off and they bounded through the cactus towards the train tracks. 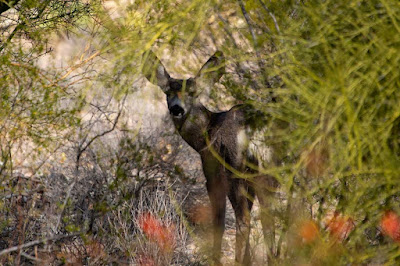 I'll keep a better eye out from now on.  I got a few more coyote images, but I'll post them later.
In the meantime, I'm looking to cook another pork loin.  Just ignore the smoke!!
Posted by Nancy Kissack at 3:59 AM