Boredom Has Set In

Just when you think you are on the way to wellness and success over sickness ..... KABLAM!!  The coughing sets in, but not before my old friend BOREDOM!!  Why is it so very hard for me to sit on the couch?

The day started out nicely enough with a warm cup of coffee, NO coughing and feeling mighty fine!  Let's check the game camera.  Twenty three videos I waded through ... sixteen of which were of the two bunny rabbits.  I don't know how they survive with all the coyotes around here!

The day before, late at night, I heard my driveway alarm go off.  Knowing there should be no one around, I tiptoed to the window to see not one but two coyotes (meaning there were three total) going up my steps to the garage.  Pretty brazen little guys!

I did my quick online order for food, put on a big coat and drove to pick it up.  I was a little more tired than I thought when I discovered I was almost out of fuel.  I filled up because you never know when you might need a quick getaway. 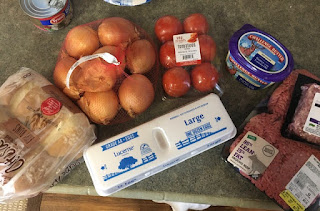 With all that food, might as well cook something.  I decided to use up a big package of tortillas I'd carried to Quartzsite and back.  With an obviously sick impaired brain, I made WAY too much.  Scrounging in the cupboard, I found enough sauce to make TWO big pans. 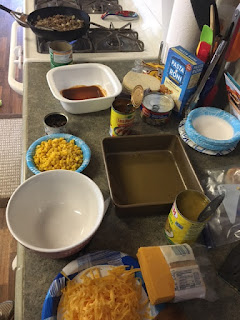 This was not at all what I had in mind.  I can feed an army!  Yes, corn is not your traditional enchilada fair, but it needed to be gone.  By the time I was done, I was exhausted and didn't take a single picture. 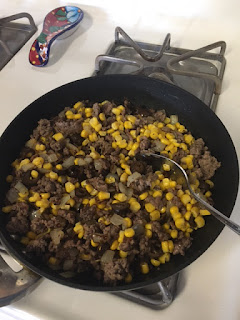 Feeling really good (at the time) didn't help with the boredom of sitting on the couch.  I drug out some old material and repinned it to the quilt frame for practice when my machine arrives.  About that time, the wracking cough began in earnest. 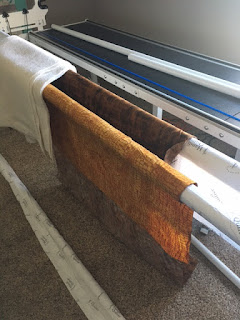 I knew I had to eat, but I wasn't feeling it.  I threw a pork chop in the frying pan on low and sat down for 30 minutes.  Oh .... it's done .... although even a little tough for even Cooper to chew.  I ate between wrenching coughs. 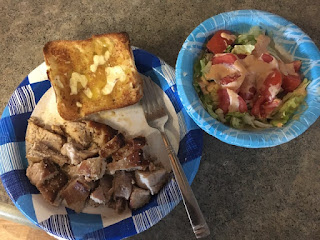 I made it through the night thanks to baby Benadryl, but of course this morning I'm hacking up a lung.  I may have jumped the gun a tad simply because I just can't sit still!
I do have to retrieve the game camera this morning, but I'll be spending the day on the couch ..... again!