There's More To The Story

I suppose I could have left this part OUT of the story, but the George Washington in me says I must confess.  In setting up the buffet table, the chafing dishes require something to keep them warm.  That means fire of some sort.

I should know better than to mess with fire, but there was no one else around and the fire had to be dealt with to get the water warm, which in turn keeps the food warm.  Enter twelve cans of sterno.

In getting the twelve cans to the table, I accidentally dropped one.  Of course the top popped off and ethanol gel went everywhere over the newly installed flooring.  Heavens to Betsy, I'm going to burn the building down.  I grabbed a handful of paper towels and began cleaning up the mess before anyone saw my boo boo.

So where do you dump a load of paper towels full of ethanol?  I had visions of our trash cans exploding in flames.  I stuffed it into an empty fruit can.  So far I haven't heard of any explosions.

I also haven't heard about the final resting place of the gravy.  They don't have a suitable cemetery in which to dump 15 gallons of ptomaine.  I'm certainly hoping they dumped it out and didn't try to salvage it like they did the leftover WAY overcooked sausage they plan on serving at the RV Park breakfast next Sunday.  Being cheap is fine for you, but NOT for the public!!!  No worries, I'm cooking at the park on Sunday and that sausage is going to disappear. 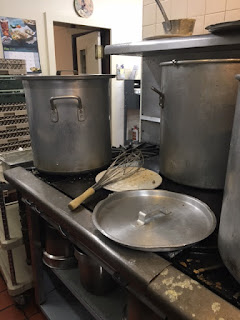 In the end, I was thanked with some roses.  They gave out almost 200 long stem beauties to all the Moms.  It was nice they dropped a few on me.  I was instructed to return the wine carafe they are resting in. 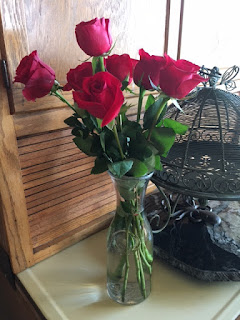 Totally exhausted Monday, I rested up, took some aspirin and slept an hour or so while watching TV. Then it was off to the grocery store since I was totally out of bird biscuits.   Like any little kid, Jonathan doesn't eat what he's supposed to, so I make bird biscuits with sweet potatoes and seeds.

If you ever make mini muffins for any reason, be sure and stop in at your local Michaels store and pick up some Wilton Cake Decorating pans.  These are the best I've ever used.  NOTHING sticks to them and these are a dream to wash.  Plus, they cook very evenly, so important to Jonathan.  Not really ...... 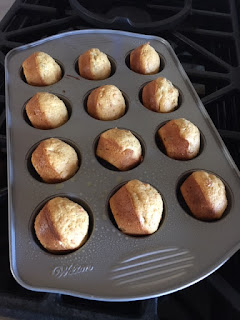 Then it was off to my post office box to intercept the new backing fabric for my big Texas Star quilt.  The hand carved leather look fabric, $150 worth, isn't going to work out after all, mostly because it will NOT shrink, while the front of the quilt will.  I would end up with a boat on my bed.  I got the next best thing.  It's going to the quilter today. 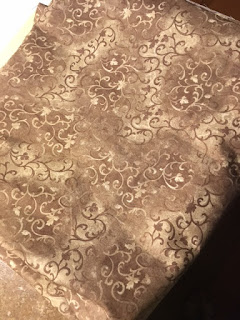 My next stop was to return all of these sprinklers because they are the wrong size.  Of course they are because I had no clue there were different sizes of connections.  Alas, I was too tired.  This will happen another day.

I did finally discover where my landscaping lights were again whacked in half, allowing no electricity  on one entire side of my house.  Don't worry, I'm setting up to ambush my gardener again.  THIS one, he is paying for!!! 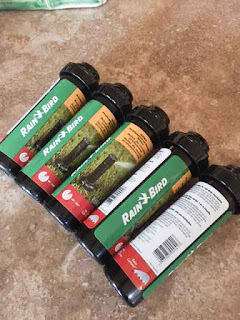 I took a sleeping pill and crashed last night hoping to get some excellent sleep.  I did pretty good until the light crept through the windows telling Cooper it was 4:00 am.  I think I'll try for one more nap this afternoon because low and behold, it's the Magic Kingdom of Bingo night .... AGAIN!!!

They have guaranteed me that the debit machine will work.  I made them promise they would come and run it themselves if it did not, since they STILL think it's operator error.  Won't THEY be surprised when it doesn't work for them!!