MERRY CHRISTMAS!!  Oh wait ... it's not Thanksgiving yet, even though Michaels and Hobby Lobby were selling decorations before halloween!!  Yup ... I'm one of those diehard decorate everything and do it early people so you have plenty of time to enjoy it.

I used to decorate a tree every year until Cooper came along and thought it was the perfect hiding place for his ball.  Every day ... six times a day ... I would be rearranging the tree skirt (on my hands and knees) and picking up decorations off the floor.  I finally gave up. 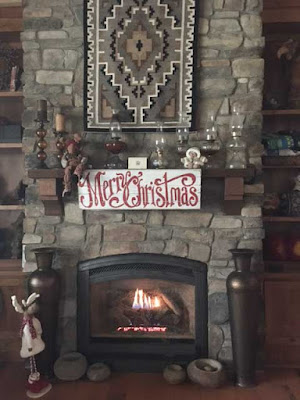 This time of year the Elks Lodge has their famous Fizz Brunch.  I don't know about you, but a gin fizz is not on my list of drinkable concoctions.  I wasn't there to partake however, I was there to serve everyone at their tables.  It began slowly, but in the blink of an eye we were slammed.  It was the biggest crowd they have ever had.

You can only get about five pours out of the pitcher you see here.  Those cups were akin to red solos.  After a couple of drops here and there, I put a diaper on the pitcher ... a small white towel to catch the drips.  I guess many had not seen that before because I got lots of comments.  It's amazing the things you can remember that you learned back in the early 70's when you were slinging hash!!

I'm sure we went through well over 75 pitchers of punch.  Turns out this variety had vodka, so they were oh so popular.  Honestly, I've never seen people drink so much!!!  It was all good though because breakfast was forthcoming, at which time the fizzes came to a halt ... more or less.  By the way, this is the King from Bingo!! 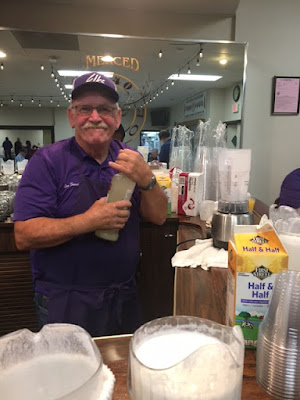 There was whole roasted ham, sausage, bacon, hash browns, biscuits and gravy, Mexican egg casserole, scrambled eggs, waffles with strawberries, and get this .... EGGS BENEDICT, along with a healthy fruit cup.  Thank goodness I wasn't the one standing over the boiling water to make all those poached eggs.
I did make one mad dash to the grocery store to pick up 20 pounds of tater tots because someone (not me thank goodness) ordered the wrong thing.  Here's the kicker ... they took those already browned hash browns, dumped them in a huge cast iron skillet, chopped them up and VOILA!!  Hash Browns!  I'm going to remember that the next time I need hash browns.
I finally snuck out the back door before the big cleanup began.  I got home just in time to watch 10 more Christmas Movies, which in case you were wondering, are now on not ONE but THREE channels of Dish Network!!  OH BOY!!
When I got home, I seemed to be obsessed with those Costco muffins ... have been ever since they served a dozen or so at the Pumpkin Patch.  I found a recipe, but then lost it.  Every other one I looked at called for cake mix.  Hmmm muffins that taste like cake mix.  So I thought I would give it a shot. 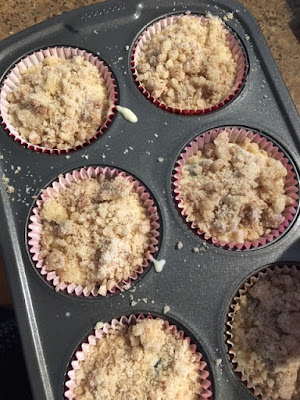 They came out pretty nice ... filled with blueberries ... but tasting pretty much like cake, in spite of the sour cream, cinnamon and other ingredients to mask that flavor.  Well gee ... now I have 14 muffins to eat, equivalent to a cupcake, but with healthy blueberries. 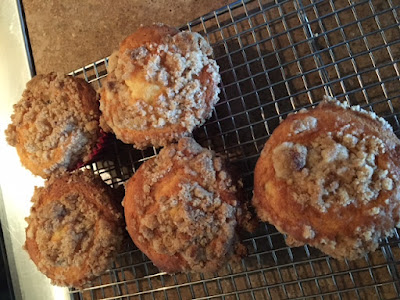 Far be it from me to be wasteful ... so I put them in the freezer.  Maybe time will lessen the "box" flavor.  So in the interest of finding the exact recipe, I'm going to Costco today to pick up the real thing and see if I can duplicate it.
I'm also looking for some new pots and pans (my Christmas present) so I can quit eating the non-stick stuff coming off the bottom of my old ones.  Surely Costco has all their Christmas items out by now!!!