It's that time of year when we are thankful for everything we have, including that free turkey I picked up for volunteering at Bingo. Beautiful fall colors abound across the country .... except for here.  We have 36 degrees with a lovely coating of fog, kind of like the whipped cream I'm going to put on dessert today. 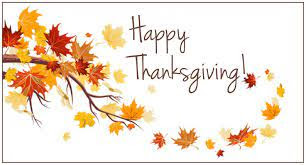 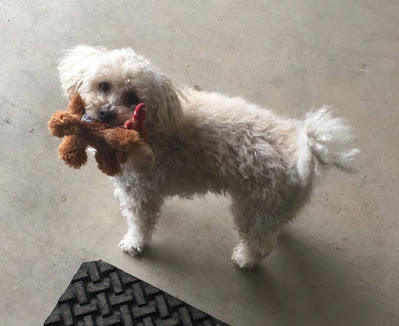 SO ... I began to obsess about my turkey.  Do I smoke it and have no gravy or do I bite the bullet and put it in the oh-so-expensive-to-run OVEN for four hours??  It's a toss-up ... and the oven won out.  I'm hoping if I show you THIS picture enough times, my turkey will turn out looking just like it!! 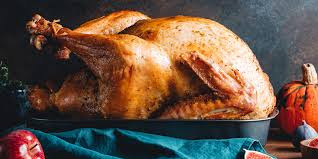 Of course there will be the awesome sides ... mashed potatoes and broccoli.  Honestly, I could even do without the broccoli, but it's not going to last another day.  I'll throw some chopped almonds on it to make it "special".  I even tried to use my witchy powers and make a pumpkin pie appear out of nowhere.  That hasn't worked so well. 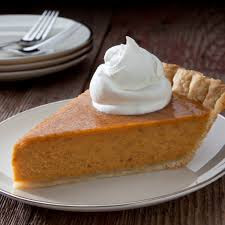 Unfortunately, I did have to add to the cemetery out back.  The Mac 'n Cheese got buried.  I mean really, I will eat just about anything, but this one had to go.  I guess I should be thankful this Thanksgiving that there is no Mister around who has to eat my food.
What I DID make was this gorgeous apple upside down cake.  Who knew??  The recipe came from my buddy Patty Chance in Arizona.  My kitchen became her test kitchen for the day.  She is probably hard at work making this right now.
I had my doubts since the only pan I had was 8" instead of 9", meaning it had to cook longer.  That always brings on images of black and burnt on the top while raw in the middle.  It turned out okay however.  The "let it cool for 30 minutes before slicing" lasted about ten minutes before I took a test bite.  Two seconds later I cut out a nice slice .. you know, in the interest of making sure it was going to be tasty for Patty's dinner. 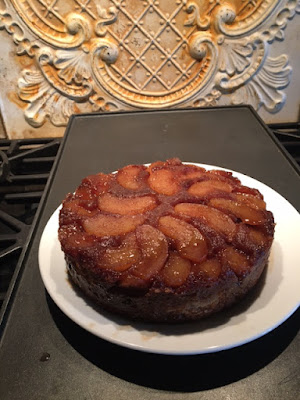 Next was the question of stuffing.  To stuff it or not!!  I LOVE stuffing, but it doesn't like me very much.  I think it's the sourdough bread.  Actually, I think it's just bread in general.  Anywho, I had a brilliant idea.  I took some old bread from the fridge and made toast.  No use turning on that oven that requires $$$$.  Then I cut it up and left it sitting on top of the stove all night.
You know what?  I think it's going to work, and I don't even have to make a trip to the store.  The proof is in the pudding ... we shall see what it tastes like. 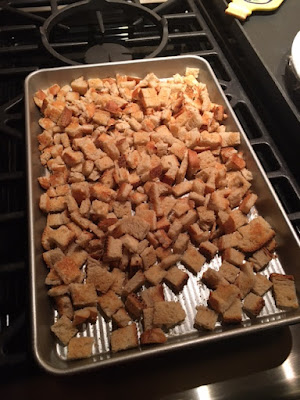 I never thought I would ever say this, but maybe it's not such a bad idea to go out for Thanksgiving dinner, at least for us single people.  I'm going to have turkey leftovers for DAYS!!  Well ... actually COOPER will have leftover turkey for days.
Here's hoping you all have a wonderful warm day with your family.  I'm very thankful for all of the readers who grace my blog every day.  Some days you keep me going and you always make me laugh!!!
THANK YOU!! 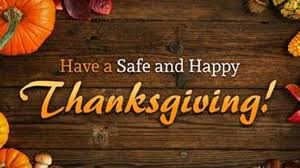