It Was A Relaxing Sunday

Sometimes things just don't work out like you planned.  It was actually rather nice to have absolutely nothing to do.  My plans to visit the Raymond Museum went up in smoke when I couldn't get ahold of anyone to confirm they were actually open.  The answering machine referred to being gone over Labor Day weekend, so that adventure has stayed on my list tacked to the wall.

With fuel now at a record $4.89 per gallon ... no kidding, that's what it costs here because the station with diesel at $4.69 had their pumps closed off ... I didn't want to make a trip for nothing.  This isn't because of California taxes because early last year fuel was $2.59 at this same station.

In the meantime, here's one of my favorite cowboy pictures.  Someone spent a lot of time posing them.  I'm guessing it's maybe 30's or 40's?  Apparently they didn't get the part about the hat brim shading your face from the sun. 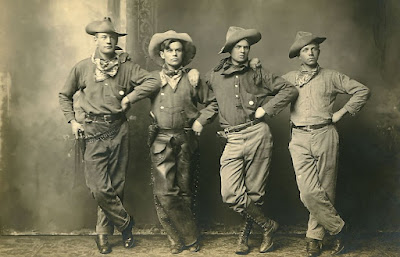 Over the years, I have definitely taken advantage of the Doctor's orders (when I was very young) to keep cowboy boots on these feet!  This is a view of the five I wore this last week.  There's probably another 20 pair in the closet.  I actually have boots that are 30 years old and I'm still wearing them.

I admit, the really good boot makers are mostly out of business nowadays.  Tony Lama and Dan Post were a couple of my favorites.  They aren't even available around here any more.  A good pair of boots used to run maybe $50, but now have edged their way up to $300-$400, while the craftsmanship has disappeared.  I'm guessing if you live in Texas, you have much better choices than Boot Barn in California.

Cooper didn't care about the boots, he was just barking at that dog in the mirror! 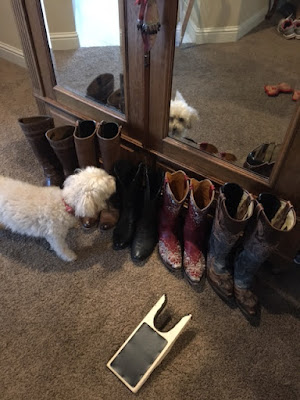 I actually did get a nice chance to wear my latest cowboy hat.  My best drill (I only have one) is a much older battery operated variety, without much power.  I have to admit though, for being almost 20 years old, that little Makita still works.
The trouble is, the drill never seems to be where I am.  With Black Friday deals now being offered every day of the week until Christmas, I was able to pick up the Ryobi, mostly because I already have a few other tools with the same name, meaning the same battery.  I also love the color, since it's easier to find in the mess of my garage.

I wore my hat with pride all the way to Home Depot. 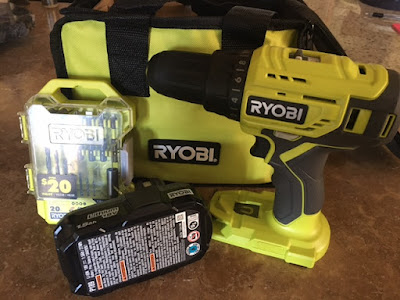 There was one slight problem however.  I noticed it the second I got in the truck.  The back brim hit the headrest.  I had to lean forward at least six inches, putting me in a very awkward driving position, not even able to lift my head up to see.  Well this isn't good!!
By the time I got to Home Depot, my neck was killing me.  I guess I'll have to figure out how to remove the headrest, because I'm determined to wear my hats!!
On the way home, I finally figured out if I push the front brim way up, the back goes way down and I could actually lean back in the seat.  Problem solved .... sort of.
Lunch was one of those magnificent Costco muffins.  In case you were unaware, that's 600 calories staring me in the face.  Of course I added another 100 calories in butter.  At least they don't taste like cake mix. 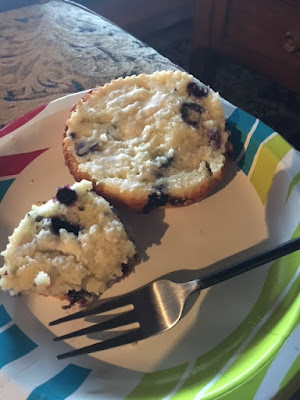 I watched a couple more Christmas movies ... Fred Claus ... and contemplated today's arrival of the Weed Man.  They come highly recommended around here to remove weeds in the back forty so my house doesn't burn down on Saturday nights when someone drives through the neighborhood throwing out M-80's.  So far we haven't been able to catch them.  They move to different streets most every time.
The Weed Man also makes your lawn look fabulous with their magic formula (probably available at Home Depot) with one application every 6 weeks, which makes it affordable.  We shall see how that goes.
I spent the rest of the day working on this new quilt. 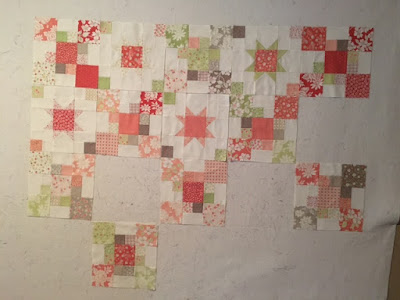 In the meantime, I'm looking for new opportunities to wear my cowboy hats.  Maybe tomorrow night, since it will be BINGO time again.  Here's a thought ... if someone coughs or sneezes, just dip your head and put the brim between you and them.  No mask required!!

Posted by Nancy Kissack at 5:52 AM