Greetings from the Magic Kingdom of Bingo.  I must be sick.  I actually was looking forward to seeing everyone at the Castle last night.  Unlike Cheers, no one calls your name as you enter the upstairs bar on the way to the office.  I could travel another route, but then I'd have to walk up even MORE steps.

On this day however, I heard my name.  That's weird!!  It was the guy who ran the Fizz Brunch, thanking me for doing a great job with the pitcher of fizzes.  Well that was nice of him!  Actually it was fun pouring those cups full ... it made me reminisce about when I was slinging spaghetti in the Yosemite National Park restaurant when I was MUCH younger.

What made THAT so much fun was after they closed, all the waiters and waitresses would sit around the piano while one of them played all the latest rock band songs .. and we ate the leftover spaghetti.  It was much appreciated since we were paid $1.89 an hour.  Gas was 50 cents a gallon, just for perspective. 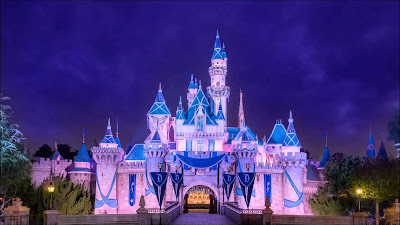 It all went downhill as fast as onetwothree.  Every week we give out one red ticket to every player who buys in.  If your ticket is drawn, you win pull tabs, usually allowing you a windfall of $1.00.  Woohoo!!  On this night however, it had been advertised that those ten people (double the normal) would receive a free 12-14 pound turkey.  Now that's worth a WOOHOO!!
As a volunteer, I too would receive a turkey as a thank you for working.  That would be a really nice addition to my Thanksgiving dinner.  Too bad the turkeys didn't come in.
As you can imagine, the peasants rioted with pitchforks.  NO TURKEYS??  But you SAID!
About that time a lady, and I use that term loosely, came up and demanded a red ticket.  I gave you one, just like I gave everyone else one as I say (every single time) here is your red ticket.  There are NO replacements of red tickets, because they will ALL tell you they didn't get one, just so they can have TWO chances to win.
The argument ensued and went on for some time before she finally left in a huff to complain to the King.  Thankfully I've been doing this for so long, the King trusts my judgement.  Here's the thing, if you don't hang on to that red ticket, other people will steal it from you.  If you drop it ... so long Charley.  No one will tell you ... they will just stick it in their pocket.  It's ruthless in the dungeon of the Magic Kingdom. 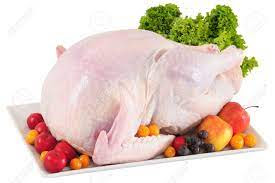 And so the night ended on a high note.  The infernal machine tried to fool me.  Not really, it caught me in a mistake of sorts.  I thought I rang up $65 as a test, but it didn't print out a receipt since one of the Knights had put in a roll of plain paper.  It requires heat sensitive paper, kind of dragon-like.  No problem, I voided the $65.  That was the mistake.  I actually voided $65 twice.  That made me $130 over which took me thirty minutes to figure out.  A few love taps on the infernal machine (okay, maybe it was with my fist) and I balanced.
The good news is the turkeys should come in today, so I'll head on down to pick up my beautiful turkey for next week's dinner.  WOOHOO!!!