The Greatest Show On Earth!

Occasionally in the desert, Mother Nature puts on a show.  The greatest show on earth!!  They can be gentle rumbles barely heard above the birds chirping, or they can be crazy light shows extraordinaire.  Such was the case this week when we were privy to Mother Nature's best.

Come one, come all to see electricity that can fry you like an egg on a hot tin roof!!

This storm came in just over the mountains as most do.  Lucky for me and my camera it was far enough away that I could sit on the patio and enjoy.  As the lightning struck, I would begin to count ... 1001, 1002.  But before I even GOT to TWO, the thunder came like canon fire. 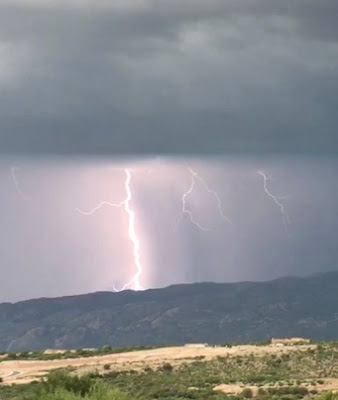 I decided to stay under the patio cover out of the way. 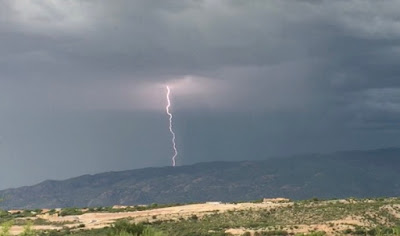 THIS one was a little too close for comfort.  The storm had worked it's way down into the canyon where I was sitting.  You've never seen me move that fast!!  In two giant leaps I was in the house. 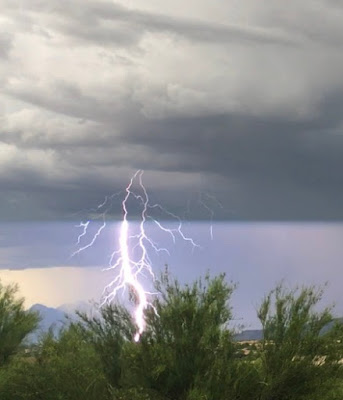 What's so cool about the storms is just that ..... COOL.  They bring 70 degree temperatures along with the lightning and rain.  Late July to August are definitely monsoon months, although this is the first really big set of storms in a few years. 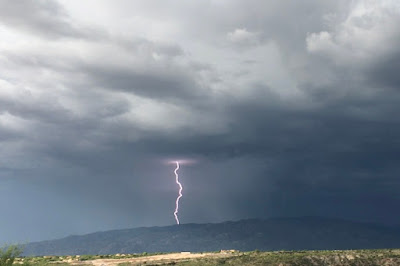 It's interesting too that lightning never takes the same path to the ground.  You would think after awhile it would run out of oomph, but that's not the case.  This storm lit up the countryside as it moved northwest with continuous strikes. 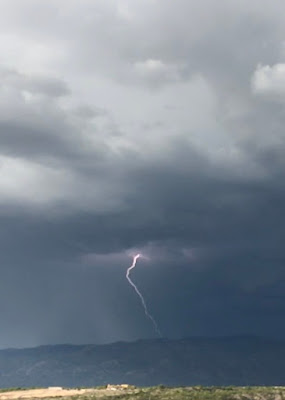 I'm mesmerized by the power. 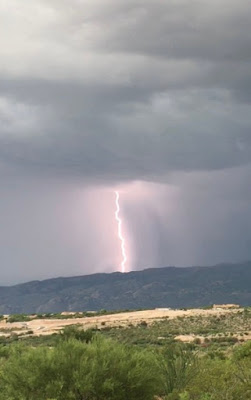 Come to find out, Mother Nature had more in her pocket and put on an even greater show last night.  There will be more images of that light show that was better than Coldplay's or even the Fourth of July!!
Even better, our temperatures will stay in the 80's for awhile.  The only down side is all that rain is making my grass think it should be twenty feet tall.  Time to get out the mower AGAIN!!