What A Trip THAT Was!!

Driving across country is always an adventure.  Some trips more than others.  That's one reason there was no blog yesterday!

In the end, I decided not to take the rig.  The 116 degrees would be unbearable for the "kids".  So off I went, rather ill prepared considering all the time I spent thinking about what to take.

I took a big ice chest full of ice packs that didn't even keep the top layer of stuff cool.  Mostly dog and bird food, along with a few errant items from the fridge that I didn't want to throw away.  What I didn't bring enough of was ....... WATER.

Traffic was the worst I have ever seen in all my years of driving this section of the country.  It took me 30 minutes to go 5 miles through Bakersfield.  The entire first half of Tehachapi Pass was 25 mph.

So there we were, cruising through the desert headed to Mohave, almost an hour behind schedule.  This picture was taken in the 1950's.  It looks exactly the same, maybe even a little worse for wear. 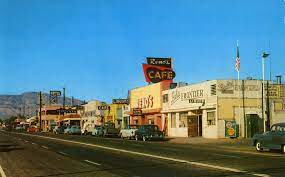 It has actually changed quite a bit since I was there last looking for lunch.  After waiting for 30 minutes, I barely squeezed through McDonald's drive through.  I remembered a parking lot out back where I spent the night once .. it was gone. 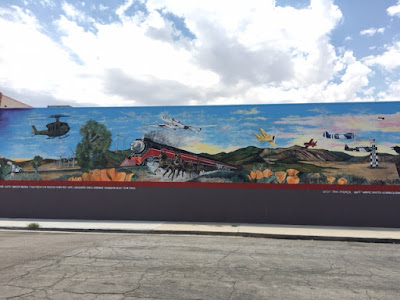 So I drove around until I found a place to park while I scarfed down this absolutely terrible "crunchy" (a word they use loosely) chicken sandwich. 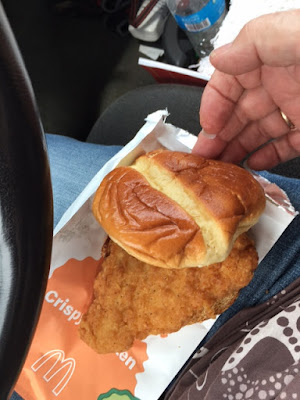 This is me taking a picture of the temperature gauge on my truck.  It's in the mirror and says 115 degrees.  I wanted to let Mr Cooper out, but the concrete would have burned his little feeties. 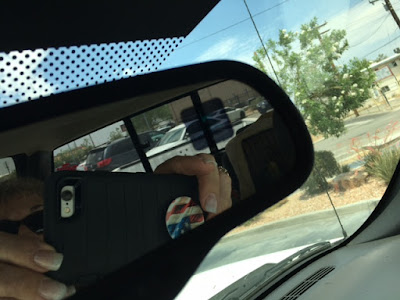 In no time we were off to even hotter times.  It happens that Mr. Chance was going the opposite direction as I was ...... on his motorcycle.  I kept an eye out, not really expecting to see him.  Surprise!!  I spotted a dark bike with a white shirted rider.  I laid on the horn like crazy, to the annoyance of the five cars passing me.  They waved THAT wave, so I just waved back.  Dan looked, but of course didn't see my truck. 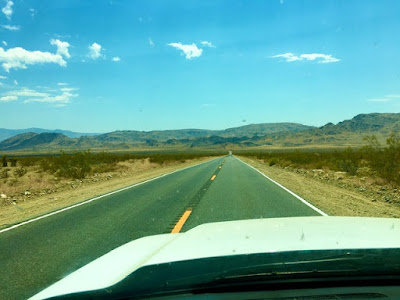 I thought it couldn't get any hotter as I creeped through Barstow (traffic jam again) and found my exit.  This begins the new route south to avoid all that horrible freeway construction going on.  Although I have to say I never saw any signs, I THINK this is Lucerne Valley. 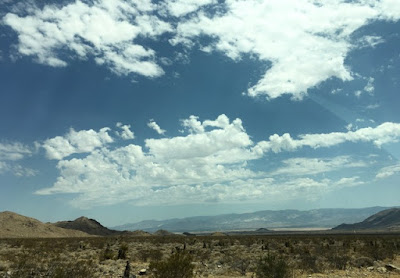 Traffic was light along here and the road in very good shape.  I was looking for my next turn when I spotted a school yard with actual green grass for Cooper.  Yay!  Pitstop!!  I opened the door to a blast furnace.  I checked the temp .... 120 degrees.
I instantly began to cook, basted nicely by sweat running down my forehead.  Cooper didn't fare any better.  In two seconds, we were back in the truck headed East again. 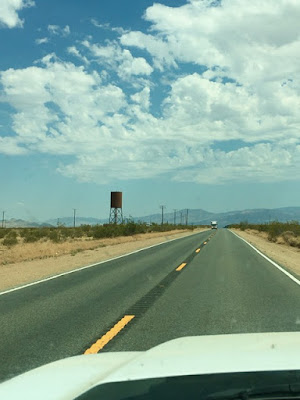 There appeared to be lots of mines in this area, probably the best place to be working ... underground.  This is where I discovered I didn't bring enough water.  I suppose that was a good thing, because the less I drink, the fewer stops we have to make at old decrepit gas station bathrooms. 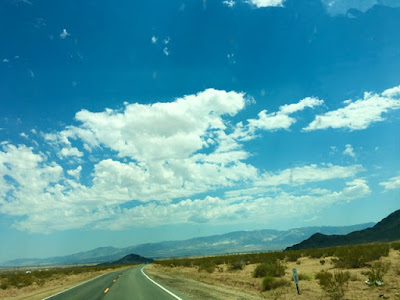 There were a couple of hoop-di-dos where the road was so steep going down into the gully that it felt like you were upside down.  One last long downhill and Indio loomed, my hotel for the night.
"How many pets?"  Just one puppy.  "$169.00 please".  It was worth it to get out of the heat, now leveling off nicely at 116.  I drug all the necessary bags into the room first before grabbing Cooper and Jonathan who had been riding nicely in a smallish cage.
Who should I meet as I rounded the corner but the Hotel Guy.  WHATCHA DOING?  Oh yeah, Jonathan felt the need to talk to him.  I'm pretty sure I'm getting an extra charge on that bill.  My only defense is I didn't think birds would be charged since there's no chance of a "mess".  I've never been charged before ... and that's the story I'm sticking to. 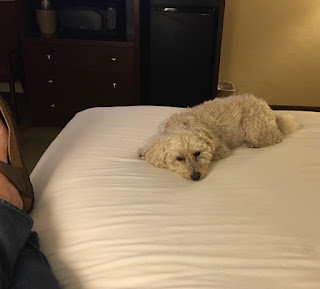 The kids running back and forth in the room directly above me carried on until 11:00.  The Happy Birthday off key songs from right outside my window went on til midnight.  I think some time after that I actually got a few winks. 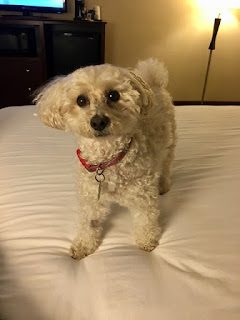 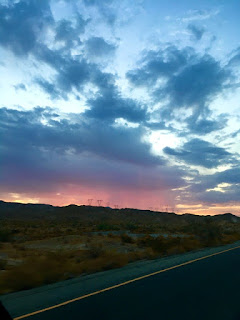 Before he left, Mr. Chance lowered the temperature in my abode to 85 and put it on hold.  How nice is THAT?  It was wonderful to walk into a cool house but I really needed cooler.  Try as I might, I couldn't get it to let loose.  That HOLD just didn't want to go away.  At least I now had water, but if you've ever been in really hot weather, even the COLD water is HOT.

I'm excited to say it was all worth every drop of sweat .... I'm now THREE pounds lighter!!!

I arrived just in time for the monsoons, the worst storm I've ever been in in my life.  I'll post pictures tomorrow.