There's one thing I really love about the desert.  In the cool morning air, the tweeting that goes on is lovely to hear.  No, not the tweeting you hear about on your phone, but the tweeting, squawking and cooing I hear every morning from my patio as I enjoy my morning coffee.

It begins before light comes over the mountain with little cheeps.  Then I heard a little flutter or two of wings and this guy leapt up on the hummingbird feeder.  His beak is a little too big for the holes, but that didn't keep him from trying, even while hanging upside down. 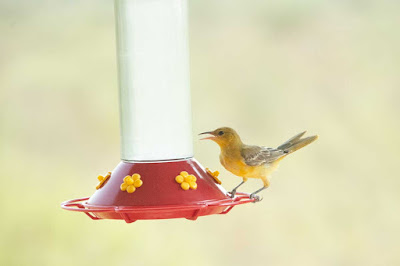 He quickly moved to another tree, looking for some delicious breakfast.  Sorry buddy, I've got nothing but old English muffins and yogurt.  Not exactly bird fare. 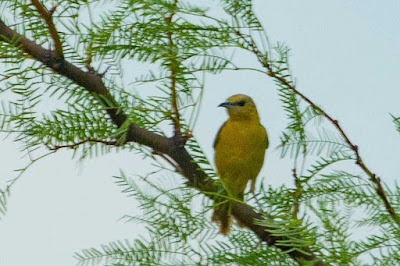 In a flash, he was bombarded and hit in the head by a hummer.  This tree is a territorial thing with the little guys, as is the food dish.  NO ONE is allowed near the food dish.  I get a kick out of watching them put on an amazing defense. 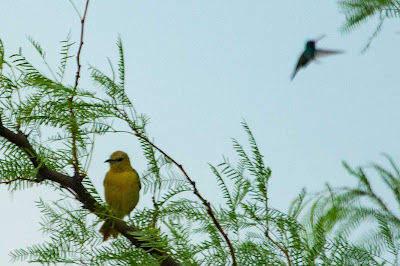 The local dove apparently held a Woodstock event here last season.  New babies are popping out everywhere.  Now, even the babies are having babies!!  They are in the rafters of every house around.  I'm surprised since they have terrible nest building abilities.  Throw a few sticks up and they are good to go. 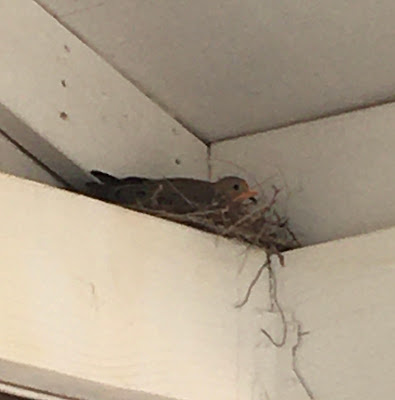 There are lots of shenanigans going on.  Patty says she's embarrassed to look out her kitchen window.  It's like a $3.00 motel room. 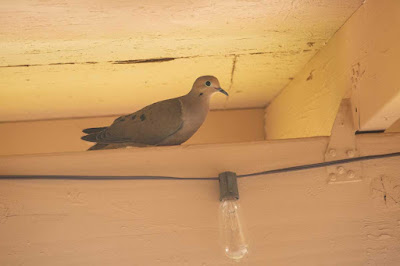 Thanks to the rain, clouds and cooler temperatures, my lawn is growing by leaps and bounds.  I suppose I'll have to drag the mower out soon or I won't be able to see Cooper when I let him out. 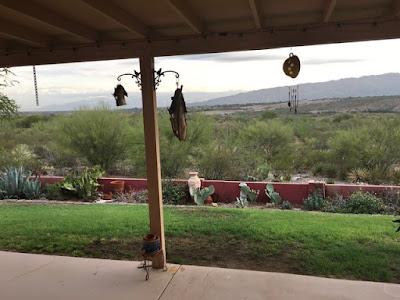 I spent much of the day in the sewing room working on this new quilt.  It seems to go pretty fast, even though my circle sewing skills are suspect.  It's eight duplicate triangles cut out and sewn together.  I can't wait to see the finished product.  That is after I hit the quilt store again (oh darn) because one piece was two inches too short. 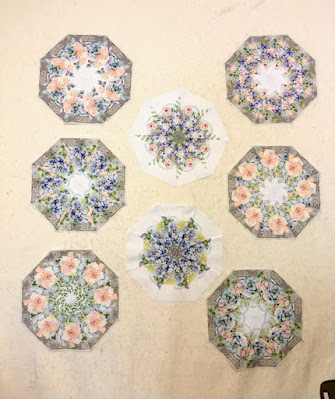 I'm also after something to fix my electrical problem, something to fix another water valve, rollers for my screen door and maybe even some waddles.  I thought that was the hangy down part on a turkey, but the State road repair guys I waylaid on the side of the highway said they are what you put alongside the highway to make the water go the way you want.  Yup, I need some waddles!!