At last the rains have slowed.  Lucky for Mr. Chance that he picked the only sunny day to return home.  One day, to distract us from the overhead waterfalls, Patty and I set out to find Off The Hook.  If you like fish and chips, this is a great place to check out in Tucson.  Give them a call and they will even come to your birthday or anniversary party to feed the crowd. 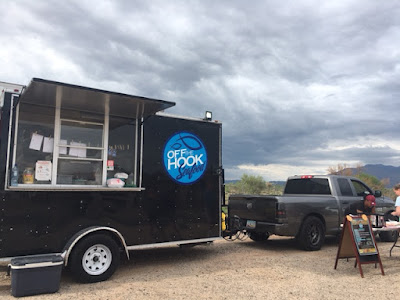 They did seem to have a little problem with ordering.  In a flash, they were overwhelmed, causing a few orders to get mixed up.  Wait time was over one hour, which you might think would cause everyone to find another venue.  Nope ... cars lined up just waiting.  That's a pretty good recommendation.

It did make for loud voices after it was discovered four meals should have been SEVEN!  With nowhere to go, Patty and I waited patiently.  One catfish and one red snapper dinner.  Can you tell which is which?  Neither could we.  Underneath the fish my eagle eye spotted Cole slaw and two hush puppies, $13 each for dinner.  Not bad since mine made three meals for me!! 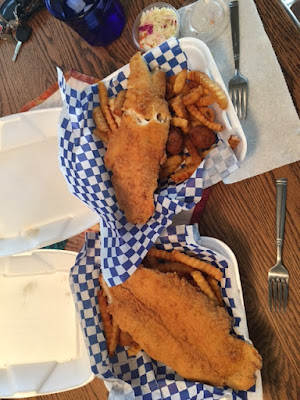 On my way to the store yesterday my eagle eye spotted this guy.  I wasn't kidding when I said I keep my eyes on the ground!!  Next to him was another at least three times the size.  I don't think I've ever seen a lizard that large here.  I tried to capture his likeness, but he was having none of it.  That's probably why he's lived so long to get that big. 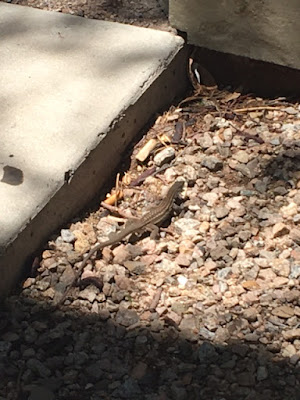 I was after a taste of Nick's.  Eagle eye or not, if you like ice cream, you would have spotted this ad!  I'm always on the lookout for ice cream with no calories.  I'm pretty sure there is no such animal, but I keep looking. 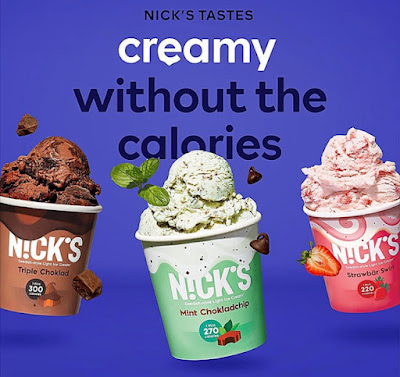 Surprisingly I found it!!  The chocolate was elusive, but I figured the butter pekan would be a close second.  The spelling appears to be Swedish, since it says it's Swedish ice cream.  I must say it's the first low cal ice cream without that bad aftertaste.  Not the sweetest in the world, but much better than any other I've tasted.  You might give it a try!! 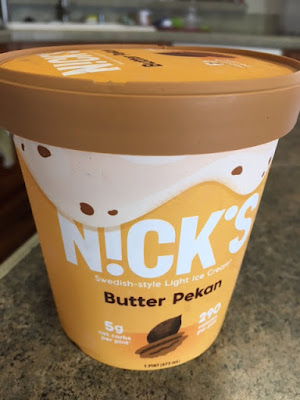 You don't have to have an eagle eye to spot these guys.  They usually travel in big groups.  There's only three here, but they have come around for a taste of water every night for three days.  As you can see, there's a water drinking pecking order.  Please wait your turn.
Sometimes the creatures around will test my eagle eye.  I still scan the bathroom every time I enter before stepping foot inside.  I do not want another spider encounter.  My head is on a swivel, even as I sit on the couch.  I'm a barefoot girl, so eagle eyes come in handy.
As I walked from the kitchen into the living room, I made my first sweep.  WAIT!!!  I see something in the farthest corner ... just a quick shadow!!  I knew in an instant what it was .... SCORPION!!
I quickly slid on my big cowboy boots and practiced my fanciest dance moves as I squashed him like the bug he is!!  About two inches long this guy was.  There was no scanning after that ... I took a flashlight and make a search of the house like I was looking for gold treasure, moving every piece of furniture.  I've no clue how they can get in.  Hopefully most of the outside variety were recently drowned!!  Not sorry! 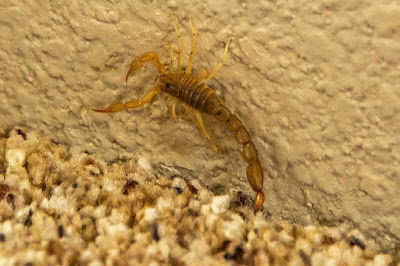 Today Mr. Chance and I are taking a trip downtown to the rock salesman to see how long it will take to get a load delivered for my driveway.  I rather imagine they will be busy for the next few weeks.  I finally got up the nerve to replace the second bathroom water valve, but alas, it's the wrong one.
Add to that four outlets that aren't working, which may mean a crawl under the house to check wiring (according to the electrician I called that says he doesn't do that any more).  Ugh ... I do NOT look forward to that!!  I hope and pray replacing the GFI outlet will fix my problem.
In the meantime, I'm still scanning like a metal detector!!