Bingo Story of The Day

Walking the dog.  Anyone remember that yo-yo trick?  What?  You never tried to smack yourself in the head with a chunk of wood on a too long thin breakable string?  There never was much entertainment on the ranch, so we had to make our own.  One yo-yo between two kids always led to arguments, which is why I seemed to get whacked more than anyone else.

THIS walking the dog is a lot more fun.  We go out every morning now so Cooper can smell the roses, or maybe it's where the skunks have trod.  Yes, those black and white harbingers of stinkyness have been spotted in the neighborhood AGAIN.  So far they haven't waddled my direction. 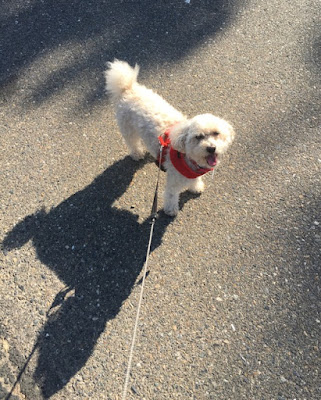 I spent a couple of early hours going through my fabric stash when it was cool.  I've already got three bags full heading to Yuma this winter.  I also boxed up everything I'm going to take to Arizona.

That initiated a trip to the lone fabric shop up North where I found the exact backing I needed for the blue and white quilt.  What should I find but an entire room of quilting machines.  Further investigation ensued.  Come to find out they do quilting at a much lower cost than Arizona, as in $175 versus $250.  I'll take that any day!!  Woohoo!! 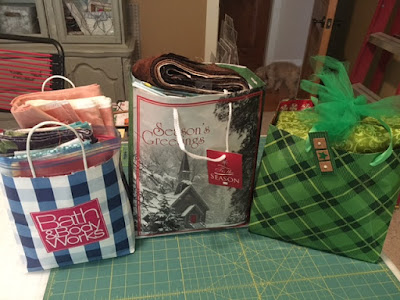 When I got back, I remembered the light didn't work in the garage door opener.  I put on my electrician hat and grabbed a screwdriver.  Sure enough, the lightbulb was toast.  I replaced it and shut the cover, completely forgetting to test it out.  Maybe I'll remember to do that today. 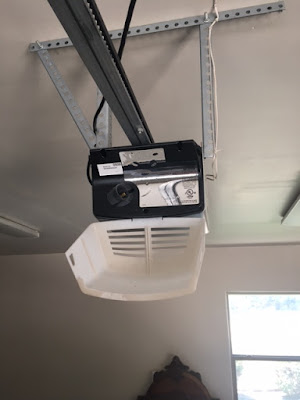 In the meantime, I forgot to tell you my Bingo story of the day.  As you can imagine, it's been hot.  There's nothing like being a little overweight, or maybe a lot overweight and waiting outside in the heat for the doors to open.  People sweat ... a LOT.  You've probably been there, as have I.
Bingo players don't want to be tethered to a purse.  They've got enough to carry with all their talisman good luck charms and 29 dobbers of every color under the sun.  Throw in a sack of snacks and their hands are full.
So where do you think they carry their $200 cash for the night?  In their underwear of course.  Think about it ... hot and sweaty, dirty money.  As you can imagine, I'm not too hot on the idea of handling that stinky hundred dollar bill.
The lady came up in a wheelchair ... we counted her cards and I gave her the total.  She reached in her very copious bra and grabbed a bill, holding it out to me.  NOOOOOOO, I'm sorry ladies, but we CANNOT accept BRA MONEY.  It's just not sanitary and I'm not inclined to take your soggy wet Benjamin Franklin.
I said it LOUD so everyone would hear.  They looked shocked!!  The Castle Lawyer agreed.  In the end, I said okay THIS time because it actually was dry, but NO MORE FOLKS.  We are NOT accepting money from your underwear!!!  I washed my hands three times shortly after.
That however, was not as bad as the lady who couldn't catch her breath and was breathing so hard 24" from our faces that it felt like a fan.  Note to self .... sit further back from the table.
Cooper spent the end of the day catching up on his sleep.  I always seem to take up WAY too much room.  I'm at the farthest end of the couch and those little feet still kick like crazy because he needs MORE space. 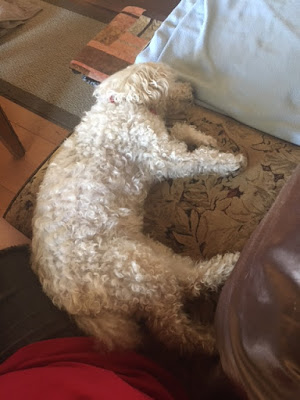 Surprise ... about 4:00 my neighbor sent a text asking if I liked strawberries.  Of course!!  She sent these over via her son.  What a sweet neighbor I have!  And believe me, they are DELICIOUS!!  How apropos .... Fourth of July strawberries.  I ate half the plate in one sitting!! 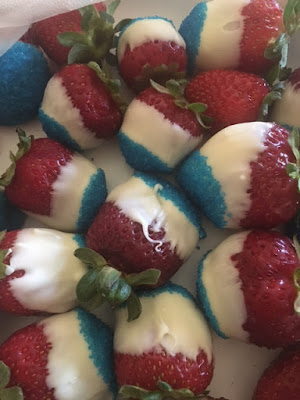 Amazingly it was a quiet night ... a big surprise since fireworks have become so popular as a 2 am distraction from drinking all that beer.  I'm determined to get out of the house today for a drive.  That trip to the grocery store for potato salad fixings just didn't cut it.

Posted by Nancy Kissack at 5:54 AM